Gov. Larry Hogan announced two appointments to the Baltimore Liquor Board today, including Benjamin A. Neil, a former Towson University legal studies professor who resigned in 2013 as chairman of the city school system’s ethics panel amid plagiarism allegations.

Neil, 64, who will be chairman, will be joined by another new commissioner, Douglas H. Trotter, 70, a business consultant, technologist, and venture capitalist.

Both are city residents and were appointed to two-year terms on the three-member board.

Commissioner Harvey E. Jones remains on the board as an alternate and was appointed to a one-year term.

Shareese Churchill, a Hogan spokeswoman, told The Brew that the third regular member of the board has yet to be appointed. 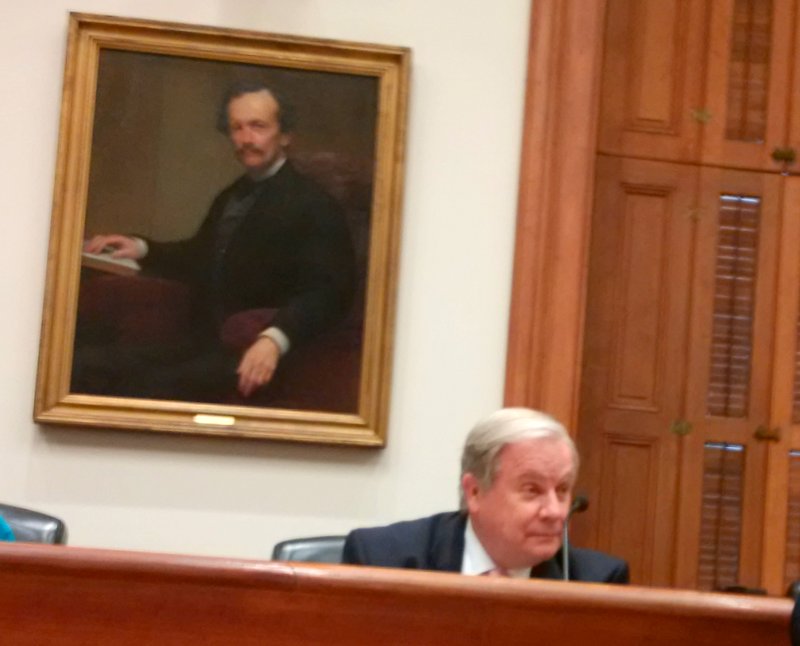 Hogan’s office had initially said three new members would replace the incumbents – Chairman Thomas Ward and commissioners Dana Petersen Moore, as well as Jones who would serve as alternate.

But sources said that plan ran into resume problems with one of the potential appointees.

Ward and Moore were appointed a year ago by Hogan’s Democratic predecessor, Martin O’Malley, saying their charge was to reform an agency harshly criticized as dysfunctional in a 2013 state legislative audit and seen as failing to crack down on nuisance licensees.

The new appointments by Republican Hogan – closely watched by licensees and reform-minded community leaders alike – were kept under wraps until today.

Speaking with a reporter afterwards, Neil vowed to be an even-handed chairman.

“I’ll try to play it right down the middle and be fair to everybody,” he said.

Neil, an East Baltimore attorney who was a member of the faculty at Towson University’s College of Business and Economics, was investigated by the school in 2013 for allegations that he plagiarized from dozens of sources without attribution.

Neil at the time denied he had done anything wrong, telling the Baltimore Sun “the issue seems to be that I didn’t put things in quotes.”

As university officials announced they were investigating Neil for “scholarly misconduct,” he resigned from a position he assumed in July 2012: chairman of the city school system’s ethics panel.

When asked about the University investigation today after the Liquor Board adjourned, Neil said the charges essentially went away.

“It was a couple of years ago. It was all dropped. I stayed [employed] at Towson,” he said.

Neil said his decision to leave the school system’s ethic panel was not an acknowledgement of guilt rather an effort not to be “a distraction” from the ethics panel’s work.

A spokeswoman for the Towson University, Gay Pinder, would only say today that Neil is no longer employed there.

Asked the result of their investigation into multiple charges Neil failed to attribute the work of others, she declined to comment.

“Because this is a personnel matter, the university is limited in its ability to speak on this subject,” Pinder said. “I can say that the matter was conducted pursuant to applicable USM and University policies. I can also confirm that he was a legal studies professor when he was here.”

Neil’s LinkedIn page describes him as employed by Towson from September 1990 to June 2015.

“After July 1st, 2015 I will be officially retired from Towson University. Retiring as a tenured full professor of legal studies,” the entry reads.

A bio of Neil released as part of the announcement of his appointment lists him as “a tenured full professor of Business Law I and II, Sports Law and Real Estate Law at Towson University. ”

Online sources list seven of Neil’s articles that were retracted by the Academic and Business Research Institute [AABRI], a privately owned for profit, publishing company based in Jacksonville, Florida.

Asked about the articles that were pulled, Neil said today that 32 of his articles were challenged and about half continue to be published. He said he didn’t know about the status of the others.

In addition to his teaching at Towson, Neil has unsuccessfully sought public office, running for a House of Delegates seat in 1990 and for a City Council seat against James B. Kraft in 2003.

A lawyer practicing in East Baltimore since the early 1980s, Neil lists Passport Title as an employer since June 2012 and has described himself as an expert in real estate law.

He also chaired the Baltimore Board of Municipal and Zoning Appeals during the O’Malley and Schmoke administrations.

On the website of the firm he heads, the Glen Burnie-based Trotter Group, Douglas Trotter is described as a senior business executive, entrepreneur, technologist, venture capitalist and strategic business consultant.

He co-founded eOriginal, Inc. and is a Director of several e-commerce companies, according to the company bio. Trotter was formerly a senior executive in the technology practice of A.T. Kearney, EDS and Booz Allen & Hamilton.

Trotter has bachelor’s degrees in mathematics and physics from the Indiana Institute of Technology and a master’s from the Johns Hopkins University. He is a graduate of the NSA’s National Senior Cryptologic Program and is a certified computer systems analyst, mathematician and cryptologist.