Seated on a chair in the concrete median at Pratt and Calvert streets, David Slesinger chants to passersby:

Black is one of six official candidates for mayor and Slesinger, a long time friend and campaign volunteer, was stumping for his old buddy around 4 p.m. yesterday, as early rush hour traffic passed by.

“I can’t believe she’s got the nerve to run again,” Slesinger said, speaking of former mayor Sheila Dixon, who resigned after a 2010 embezzlement conviction for stealing gift cards but announced she is running for mayor in 2016.

Slesinger, a Baltimore native who was on his third day of volunteering, liked the al fresco exposure he was getting for his candidate: “This is the best foot traffic spot in the city.”

“Mainstream Press is Giving her a Pass”

Black, who talked with The Brew by phone today, said he’s never been involved in politics, but was so appalled at current and former city leadership, he decided to enter the race.

Dixon’s candidacy was the last straw for him. 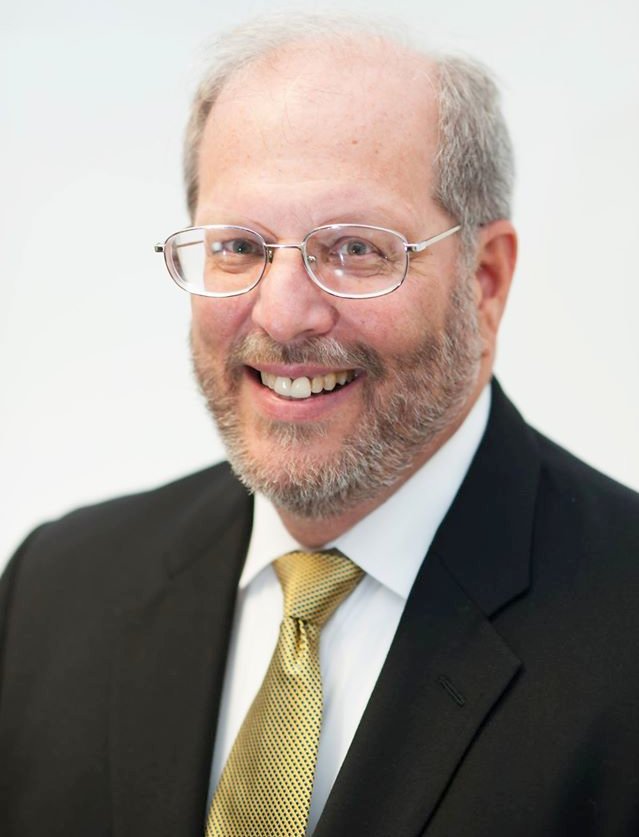 “She’s a convicted thief and liar,” he said, arguing that the mainstream press is giving her a pass. “A plea bargain allowed to her run again,” he said. “I was incensed.”

Also propelling the political neophyte’s decision to jump into the race: Rawlings-Blake’s handling of the Freddie Gray unrest and riots.

“She let the city burn. I was here in 1968 and I never thought I’d see that again,” said the 65-year-old CPA from Park Heights.

If elected, Black would lower the mayor’s annual salary “to the average salary in Baltimore,” about $35,000, he estimates.

Black said he would, also, as mayor, live up to a stringent requirement and insist all subsequent mayors do the same: get the murder rate below 300 per year, or go without pay altogether.

The pay cut is to make the job a little less appealing to career politicians, he said.

“This shouldn’t be a get-rich-quick job,” he explained. “If the salary is more like everyone else’s, political leaders will come and go.” 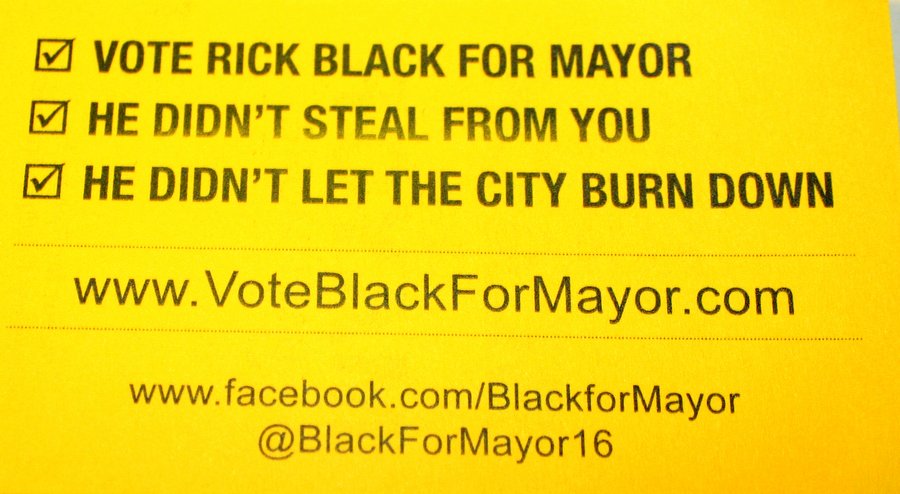 The focus of Baltimore politicians, he complained, has become less on public service and more on getting re-elected to keep the job.

Funding his own Campaign

Black’s cost-cutting will take many forms. For one thing, he doesn’t  plan, if elected, on having any kind of bodyguards or security detail.

“That’s one of the first things I’ll cut out,” he said. “Why should I have someone follow me around with a gun all day?”

He won’t be accepting campaign donations, either.

Black is funding his campaign out of his own pocket and will do most of his campaigning via door knocking and attending community events – not hosting them.

“No ice cream socials with $500 tickets here,” he said, referring to Dixon’s fundraiser this past weekend.

“If you take money from people,” he said, “you owe them favors.”