It sounds like a cheeky suggestion intended to make a point, but the Environmental Integrity Project and a Johns Hopkins University professor are dead-serious:

Permanent health warning signs, they say, should be posted at the Inner Harbor warning boaters, kayakers and anyone else that the water is unsafe for even casual contact due to high levels of fecal bacteria contamination.

“These exceedences are really high and I don’t think anyone is really aware of the problem,” said Edward J. Bouwer, chairman of the department of Geology and Environmental Engineering at JHU, after reviewing sampling data from Baltimore waterfront locations.

“I’ve seen kayakers on the water, and they have no idea. It would certainly be prudent [for the city to raise health warning signs] because then people would be able to avoid direct contact with the water,” Bouwer said, whose review of the data is one part of a new report by Environmental Integrity on the under-reporting of sewage overflows in Baltimore.

Water quality monitoring by the city shows consistently unhealthy levels of Enterococcus bacteria and no significant improvement between 2009 and 2014, according to the report’s findings.

At the Inner Harbor near Light Street, water sampling between April 1, 2009 and December 10, 2014, found that 35% of 128 samples had Enterococcus bacteria at concentrations that would be unsafe for boaters or kayakers. 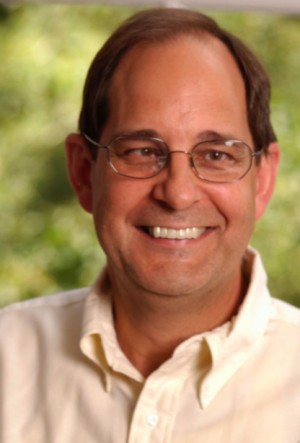 In the Jones Falls, near the Lombard Street bridge, the readings were worse, with 92% of 124 water samples during that time coming in at levels unsafe for casual contact.

They spiked to 472 times the safe standard in one sample.

Bouwer said in the report that Enterococcus bacteria itself in the harbor may not pose a health risk, but it indicates the presence of feces that likely contain dangerous pathogens like Shigella, Salmonella, Cryptosporidium, Giardia, and viruses.

The recommendation to post signs at the Harbor is just one of several in the report, released on the eve of a deadline the city acknowledges it cannot meet – January 1, 2016 when, under a federal consent decree, Baltimore was to eliminate all sewage overflows.

City officials are negotiating in hopes, sources say, of getting a ten-year or more extension on the deadline.

In the meantime, officials quoted by D.C-based Environmental Integrity say they have no choice but to continue to release the sewage into the Jones Falls in order to prevent even more backups into homes and basements across the city.

The Baltimore Department of Public Works has not replied to The Brew’s request for comment on the report, which paints a disturbing picture of institutional drift, missed deadlines, lack of transparency and intergovernmental finger-pointing.

“We’re weighing whether to do it,” said Rudy Chow, director of the Baltimore Department of Public Works, approached by The Brew today outside City Hall.

Here are the group’s other recommendations:

• Baltimore needs to comply with the terms of the consent decree and close the two sewage outfalls on the Jones Falls that are piping raw waste into the Inner Harbor (SSO #67 and SSO #72).

• To eliminate these two outfalls, Baltimore needs to fix a sewer line hydraulic restriction problem at the Back River Wastewater Treatment Plant. EPA and MDE should list this as a mandatory, deadline project in the revised consent decree.

• Until the two sewage outfalls (SSO #67 and SSO #72) are closed, EPA and MDE should require Baltimore to report sewage overflows of more than 10,000 gallons from these locations to the public and the news media, as required by law.

• Downstream from the Jones Falls at the Inner Harbor, Baltimore should post health warning signs when there are major sewage overflow incidents. This idea of warning signs at the harbor is supported by a Johns Hopkins University water quality expert, Edward Bouwer, who reviewed city data, compiled by EIP, on Enterococcus bacteria in the harbor.

• The Baltimore Department of Public Works should post on its website details about how it is spending money on consent decree projects and how much more it expects to raise water and sewer rates to finish the project.

• When citizens report large sewage overflows into their homes, Baltimore officials should respond quickly to decontaminate the homes and remove any public health threat.

• If EPA and MDE agree to an extension of the deadline, it should not be later than January 1, 2020.