With more than 100 million television viewers watching Superbowl 50 and many of them scanning their cellphones for diversion, a couple of Baltimore mayoral candidates tried to grab people’s attention on Twitter last night.

There amid the twittersphere’s collective gagging at the Mountain Dew puppy-baby-monkey commercial and their outrage over the ref’s ridiculous first-quarter ruling against the Carolina Panthers were these official campaign tweets:

“Great #SB50 party in Park Heights!” attorney Elizabeth Embry tweeted with a photo showing her addressing a group of people in what looked like a living room devoid of chips-and-dip.

“Had a great convo at El Buffalo about how we can transform our schools into community schools #TurnaroundTour” came a tweet from businessman David Warnock.

But the biggest tweeter of all was candidate DeRay Mckesson, the activist who gained national fame for raising the issue of police brutality toward black people through his mastery of social media.

By simply quoting from the lyrics of Beyonce’s new black pride anthem, Formation, Mckesson got massive affirmation from a subset of his 302,000 followers.

“I like my baby hair, with baby hair and afros. I like my negro nose with Jackson five nostrils,” he repeated, getting nearly 3,000 likes.

He pointed readers to newsy articles, like this Buzzfeed piece “IMPORTANT: Uncertain Path Ahead for Juvenile Sentencing Cases Still Before Supreme Court.”

And the mayoral hopeful joked with a follower who asked if he still planned to wear his trademark blue down vest. (A playful Twitter account called @deraysvest, at 4,578 followers, has more followers than front-runner Sheila Dixon’s actual account, which has 2,921.)

Mckesson also said this while linking to a Vox story: “People of color will make up 31% of 2016’s eligible voters – the largest percentage ever.”

From Some, the Side Eye

People of color may comprise the majority of voters in Baltimore, but conventional wisdom currently holds that there is virtually no chance a majority of them will pull for Mckesson in the April 26 Democratic Primary.

McKesson has no local network, no recent history of grassroots activism in town or even living here, despite having been born in Baltimore and working here for a time for city schools, a chorus of critics were quick to say.

“Who is he, other than Twitter?” said Kinji Scott on Facebook. “What has he done for any of us to pay attention to?”

For local activists young and old, McKesson’s last-minute mayoral bid and the attendant international national media splash has been confounding, if not galling.

“I march, I read, I advocate every day in Baltimore and have done so for years. I mean the young brother no disrespect whatsoever but I didn’t know much about him,” veteran community activist Ralph Moore said. “Someone is engaging in magical thinking trying to promote him.”

“Misguided, at best,” wrote Adam Jackson, of the youth-led group Leaders of a Beautiful Struggle on Facebook.

“In terms of his actual connections to working class black people here and actively working to improve the quality of Black life, I have not seen that from Mckesson,” Jackson wrote.

Others were taking a more nuanced view.

“I think that he has the potential to offer fresh perspective once he establishes a political base that makes him electable,” wrote Cortly “C.D.” Witherspoon, of the Southern Christian Leadership Conference. “I think that he is very talented, and full of promise, but not electable at this time.”

And yet as the keyboards clicked with speculation all weekend, something else was ticking away.

McKesson was raising money online via the crowdfunding site, CROWDPAC, and by this morning he raised more than $63,000 toward his goal of $250,000.

Including Mckesson, there are now 13 Democrats who have filed to run for mayor out of a total 29 candidates, including Republicans, Greens and unaffiliated challengers. 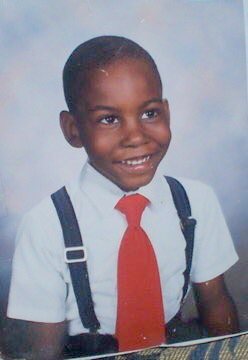 Just how the 30-year-old plans to convert his fundraising into an effective Get Out the Vote drive in Baltimore, where modern-day b’hoys and muldoons still rule and voter turnout has steadily dwindled amid widespread resignation, remains to be seen.

He has promised to begin releasing his plans and policy proposals to the public this week.

Also remaining to be seen, as he hits the campaign trail, is how Mckesson will respond to challenges about his media tactics and explain his “Baltimore native” bona fides to a crowd inclined to drill down on details.

Spoiler, carpetbagger, tool of the corporate white Teach for America elites, such suspicions about his motives run high in some quarters.

He’s been posting photos to show his connections to the city – a Rosemont Elementary School photo, for instance, and others showing him sitting amid young people at an East Baltimore gym where he directed an after-school program.

Fellow activist Johnetta Elzie, who worked with him during the protests in Ferguson, MO., after the shooting of Michael Brown, has said she is coming to help him tell his story. (Elzie and McKesson were profiled in a New York Times Magazine piece that called them leaders of the group that built “the nation’s first 21st century civil rights movement.”)

Meanwhile Mckesson’s bid is raising questions about the axiom that Baltimore elections are decided by older female voters, who are not  plugged into Twitter and have never heard of the man in the blue vest.

That’s the voting base that’s being targeted by former mayor Sheila Dixon. She is currently considered the favorite to win the April 26 primary, followed by State Sen. Catherine E. Pugh and City Councilman Carl Stokes, both veterans of Baltimore’s starchy political milieu. 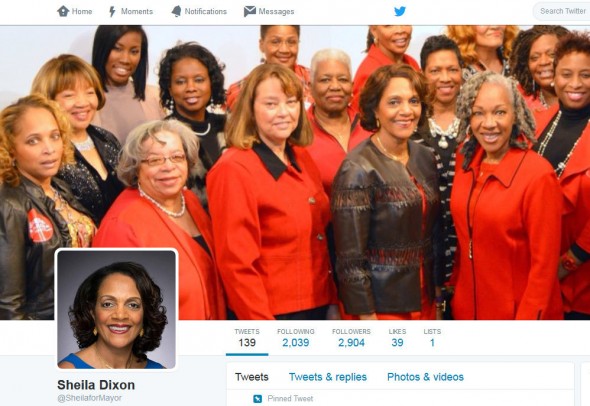 Mckesson’s long shot candidacy is clearly based on rallying young voters and recent transplants to the city, as well as winning over longtime residents.

“While he is not the savior many are proclaiming him as, he does have the chance to improve Baltimore’s broken politics,” writes David Pontious, a 17-year-old City College high school student and member of the activist group City Bloc.

“I’m a white dude from Guilford and even I know of DeRay. He was on Colbert for Pete’s sake!” wrote Aaron Meisner on Facebook.

From some among the city’s cadre of activists working on police accountability issues, he is that very savior.

Tawanda Jones, who has been doggedly conducting weekly protests since her brother Tyrone West died in police custody, has embraced Mckesson’s candidacy.

“So glad he’s running come on Baltimore we need real change Deray for Mayor!” she said on Twitter.

As for mayoral wannabes Dixon, Pugh, Stokes and City Councilman Nick Mosby, they mostly appear not too concerned about Mckesson – Dixon even telling The Baltimore Sun she’d never heard of him.

They seem inclined to leave social networking to their new opponent. None of them, at least, were bothering with Twitter on Superbowl Sunday.