What a difference a year makes.

This week, citing revenue shortfalls, the mayor said she was cutting that same $4.2 million, money that was used to fund six additional community schools and provide after-school activities for 2,500 students.

Today in Sandtown-Winchester, Maryland Communities United organized a news conference to protest the cuts, saying they would hurt children from struggling neighborhoods who were finally getting some much-needed attention.

“To be a grassroots organization, to provide programs for children, to be funded and then to have that funding snatched away? Is a nightmare,” said Ericka Alston, who heads the Penn-North Community Resource Center, where the event was held. 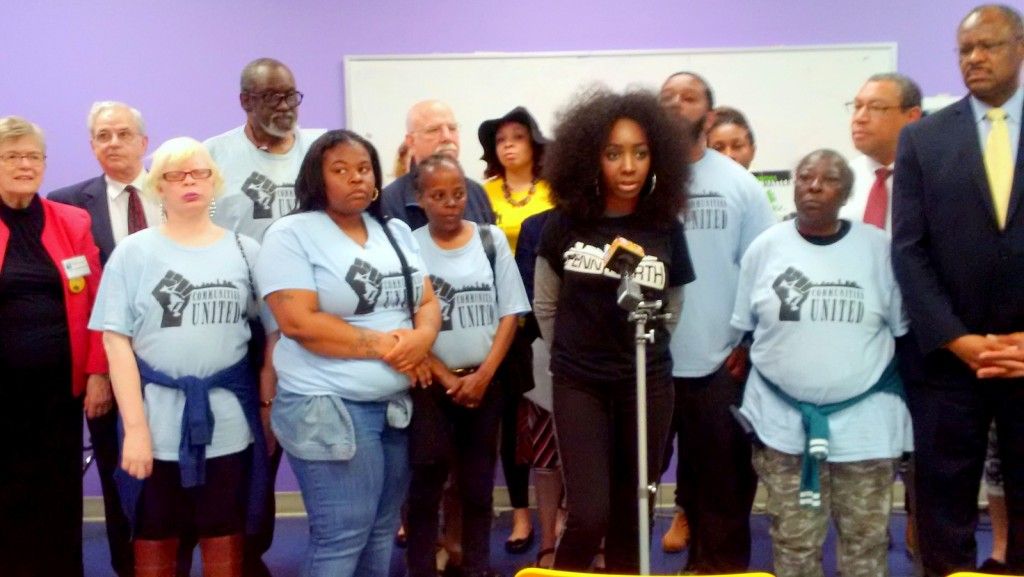 “I was hoping the mayor’s budget was an April Fool’s joke,” said Ellie Mitchell of Maryland Out of School Time, the anchor organization for the city’s community schools and outside-of-school programming.

Mitchell said that the proposed $4.2 million cut “represents less than .o2% of the city budget.”

“Bring us a Backbone”

But Rawlings-Blake was adamant on Wednesday that the spending cuts were unavoidable if she is to close a $60 million revenue shortfall in the $2.6 billion 2017 budget.

“We will not kick the can down the road for the next mayor,” the mayor had said, in her budget address. “We will make the tough choices here and now. Even cuts that are universally unpopular.”

Budget officials said the deficit was caused by higher-than-anticipated increases in the cost of prescription drugs for employees and retirees, and a $15 million payment the city must make to retirement funds due to under-performing investments.

The mayor’s budget, which includes an increase of $10.4 million for the city’s public school system, also has to make up for the $24 million dip in state education aid due to rising property values and decreasing school enrollment.

Members of the city council, which voted unanimously last year to ask the mayor to fund the after-school programs, said that after similar arguments then, the money was “found.”

“If she did it [then] she can do it again. She just needs to hear from us again,” said Councilwoman Mary Pat Clarke, urging supporters to come to the annual “Taxpayers Night” at the War Memorial Building on April 12.

Councilman Bill Henry told the group of providers, advocates and community members their lobbying would make a difference: “When the administration wants to fund something, they find a way to do it.”

“Folk in City Hall sometimes have no backbone,” said Councilman Carl Stokes.”You bring us a backbone.”

Speakers said the additional $4.2 million of city spending last year brought the total “community school” budget to just over $10 million. In addition to expanding after-school and community school programs, it financed small grants to 42 community organizations. The Family League manages $3.1 million of the funds, they said.

The funding ensures that each community school has a “community school coordinator,” who develops partnerships with local organizations to give youth educational and recreational opportunities.

Alston said she missed that round of funding and runs her “Penn-North Safe Kids Zone” on a budget of $275,000 derived solely from private donations.

“I was looking forward to getting in on some funding – there is so much we could do with it,” she said. 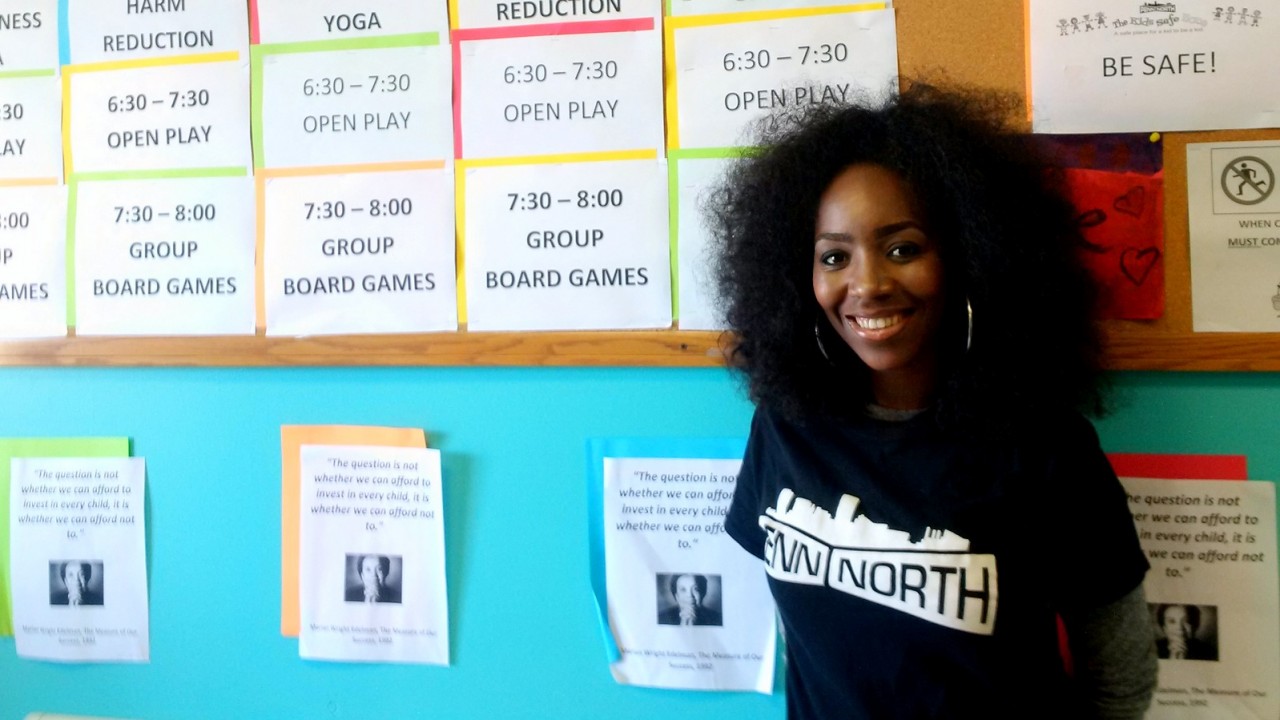 Alston said created the program last June “as a direct response to the Uprising.”

Now Alston has 65 children coming to the after-school program every day. In the summer there are about 100 children. There are yoga classes, books to read, video games to play. The children, ranging in age from 5 to 17, come primarily from the Gilmor Homes public housing complex, she said.

According to Alston, every day they have to do five things: “They have to read, do their homework, dance, do some art programming and have dinner. They get a hot meal. . . They get snacks.”

One of the speakers today was 9-year-old Tyaisa Mosley, who participates in a mentoring program at nearby William Pinderhughes Elementary School in Sandtown.

“I like it,” she said, describing the field trips, clay-making projects and talks by the older girls in the program.

But her mother said her other two daughters are not able to participate because the mentoring program doesn’t have the budget to expand. She said several of her five children come to Alston’s Safe Kids Zone.

“Living in Gilmor Homes, I am always looking for positive after-school activities for my kids,” said Tyesha Harrell. “I urge the mayor to increase, not cut the money for our kids.”