With an empty chair beside him reserved for Joan M. Pratt, Baltimore’s comptroller for the last 21 years, Mike King last night talked about what he would do that his opponent has not – audit all city agencies.

“For too long now, decades really, the City of Baltimore has not held its agencies and the capital spending accountable for how it’s using taxpayer dollars,” said King, who promised to conduct performance and financial audits of all 55 city agencies within the first three years of his term.

“I hear this everywhere I go. Everybody wants this. The citizens want this,” said King, who is running as a Democrat against Pratt in the April 26 primary.

The 37-year-old King, an operations manager for a financial services firm, spoke before a half dozen people at a forum held at the Downtown Cultural Arts Center.

According to debate moderator Roberto Alejandro, Pratt never responded to an invitation to participate.

It was reminiscent of a forum held last month at the same venue for candidates challenging another entrenched incumbent: City Council President Bernard C. “Jack” Young.

That debate had featured candidates Sharon Black, Connor Meek, Kim Trueheart and Shannon Wright. Invited to join them, Young never responded. (“I’m too busy,” Young quipped when chastised about his absence during Taxpayers’ Night on Wednesday.)

Vastly outstripping their challengers in terms of name recognition and financial resources, neither Young nor Pratt is making much of a pretense of engaging with voters or discussing the issues facing Baltimore.

While Pratt is responsible for the Department of Audits and supervises City Auditor Robert McCarty, she says her office does not have the resources to conduct agency-wide audits except when given special appropriations for quadrennial audits required under a 2012 charter amendment.

Last night, King said he would find funding for his comprehensive audit plan by shaving $2 million from the Municipal Telephone Exchange budget.

The municipal phone system is nearly 60% of the Comptroller’s annual budget, King noted, saying he would find a better vendor and “bring the system into the 20th century.”

(Pratt and Mayor Stephanie Rawlings-Blake have famously fought over the modernization of the city’s phone system, leading to an ethics complaint and litigation by Pratt.)

King offered a range of ideas including using the Department of Real Estate to bring more resources to neglected neighborhoods, finding ways to use city-owned vacants to house the homeless, and pushing for ways to give local officials more authority over City Schools and Police Department budgets.

“I’m talking about agencies we need to look at and have challenges in – citizens are speaking up and saying we need to,” he said.

As for the first agency King would conduct an audit on, he singled out the Department of Public Works and its water and sewer divisions.

Auditing a Prelude to Tax Cuts

King argued that a more energetic Comptroller would not just find revenue for needed government services, but have real-world impact on citizens’ lives. 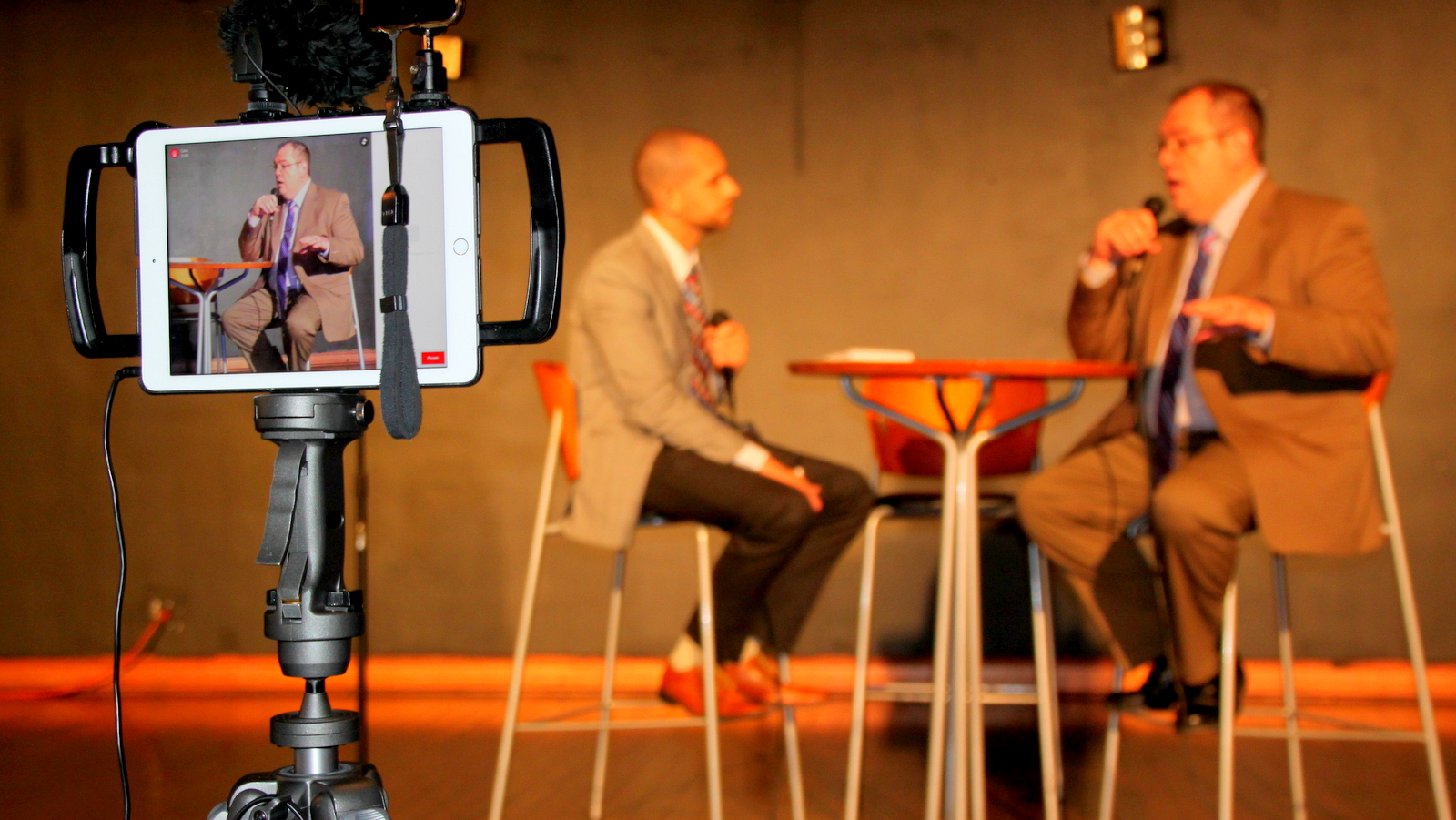 He said better auditing would give city government the confidence to make significant property tax cuts.

And he said more rigorous scrutiny of agency performance could even prevent “criminal acts” like the sex-for-services scandal at apartment complexes run by the city Housing Authority.

“There had been complaints about it,”  he said. “If we have oversight in place maybe people will think twice before doing something like that.”

King also said transparency in the Office of the Comptroller “has been sorely lacking.”

He pledged to do better.

CHECK OUT VIDEO OF THE FORUM FROM CITY EXPLAINER: