UPDATE: Voting was extended from 8 to 9 p.m. at four voting locations by order of a Baltimore Circuit Court judge. The sites to remain open are John Eager Howard Elementary School, Beth AM Synagogue, Oliver Multi-Purpose Center and Pimlico Elementary School.

Vera Johnson came out of the tiny West Baltimore fire house where she votes, Station No. 52 near Mondawmin Mall, pumping her fist in the air and crowing.

“I voted for Bell!” she said, referring to 7th District City Council candidate Marshall Bell. Asked who she liked for mayor, her answer was swift and just as enthusiastic.

Johnson said she was impressed that Dixon knocked on her door and asked for her support (“She came and talked to me on my porch!”) and said the former mayor “is the one that’s most likely going to help us.” 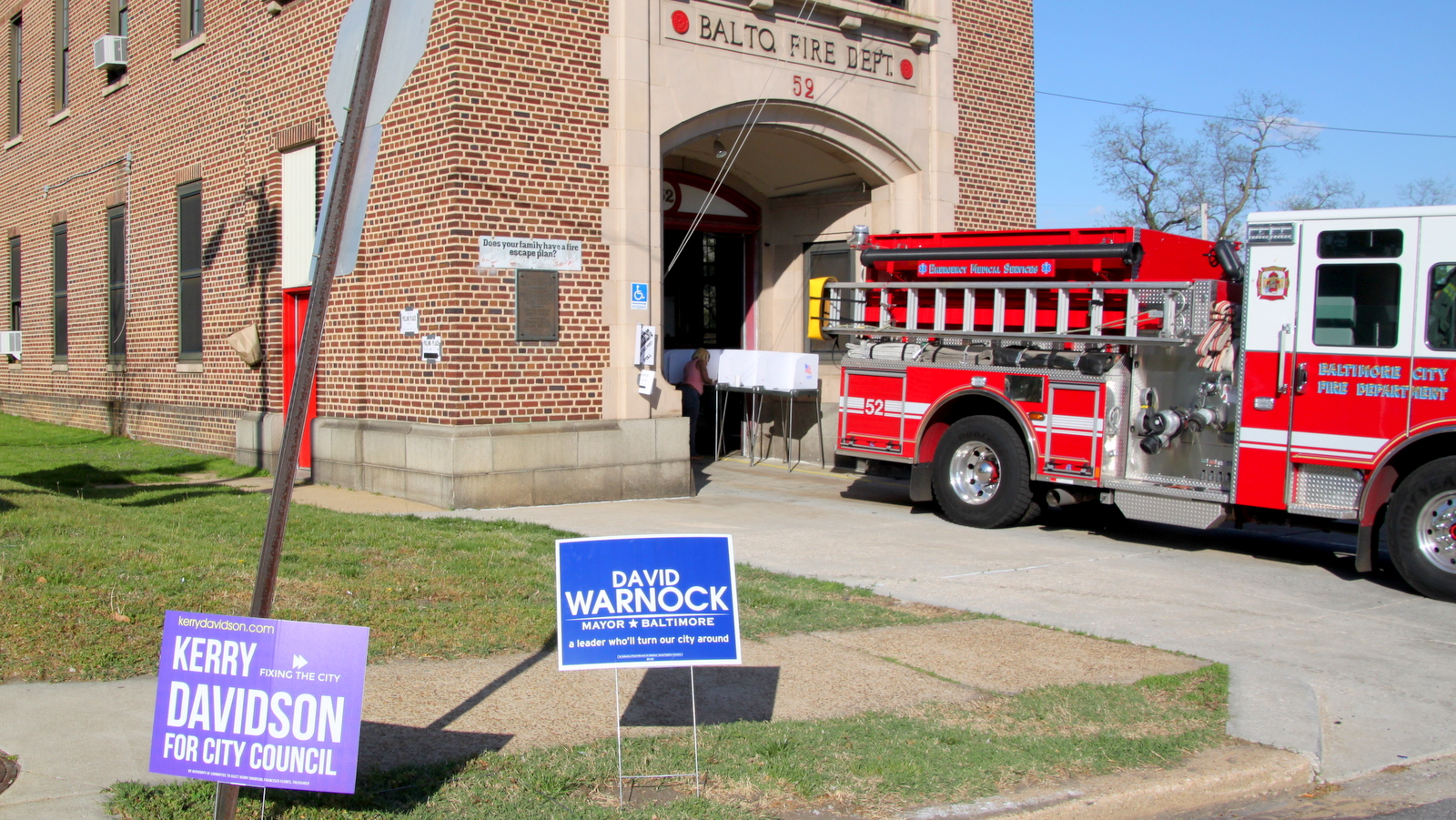 Voters emerge from Engine House No. 52 at the corner of Woodbrook and Liberty Heights Avenues. (Fern Shen)

Johnson said she was not troubled by Dixon’s conviction on embezzlement for using gift cards intended for poor children, which led to her resignation in 2010.

“You know, all the other ones have probably done much worse,” she said.

Lamont Dunbar, listening to the conversation, chimed in to concur. “Everybody deserves a second chance,” said the 36-year-old.

Across the city, voters like Johnson turned out today in a moderate but steady flow, election officials said.

But there were some problems:

• People who said they had been been promised jobs by the campaign of mayoral candidate Catherine E. Pugh damaged vehicles outside the campaign headquarters in Mount Vernon when they were told there were no jobs available.

Two vehicles had windows broke and one had tires slashed, police said. Jerome Eric Tuggle, 33, was arrested in connection with the incident, charged the 53-year-old with destruction of property. The Pugh campaign chalked it up to “a misunderstanding” and promised to pay the people who thought they would have a job. 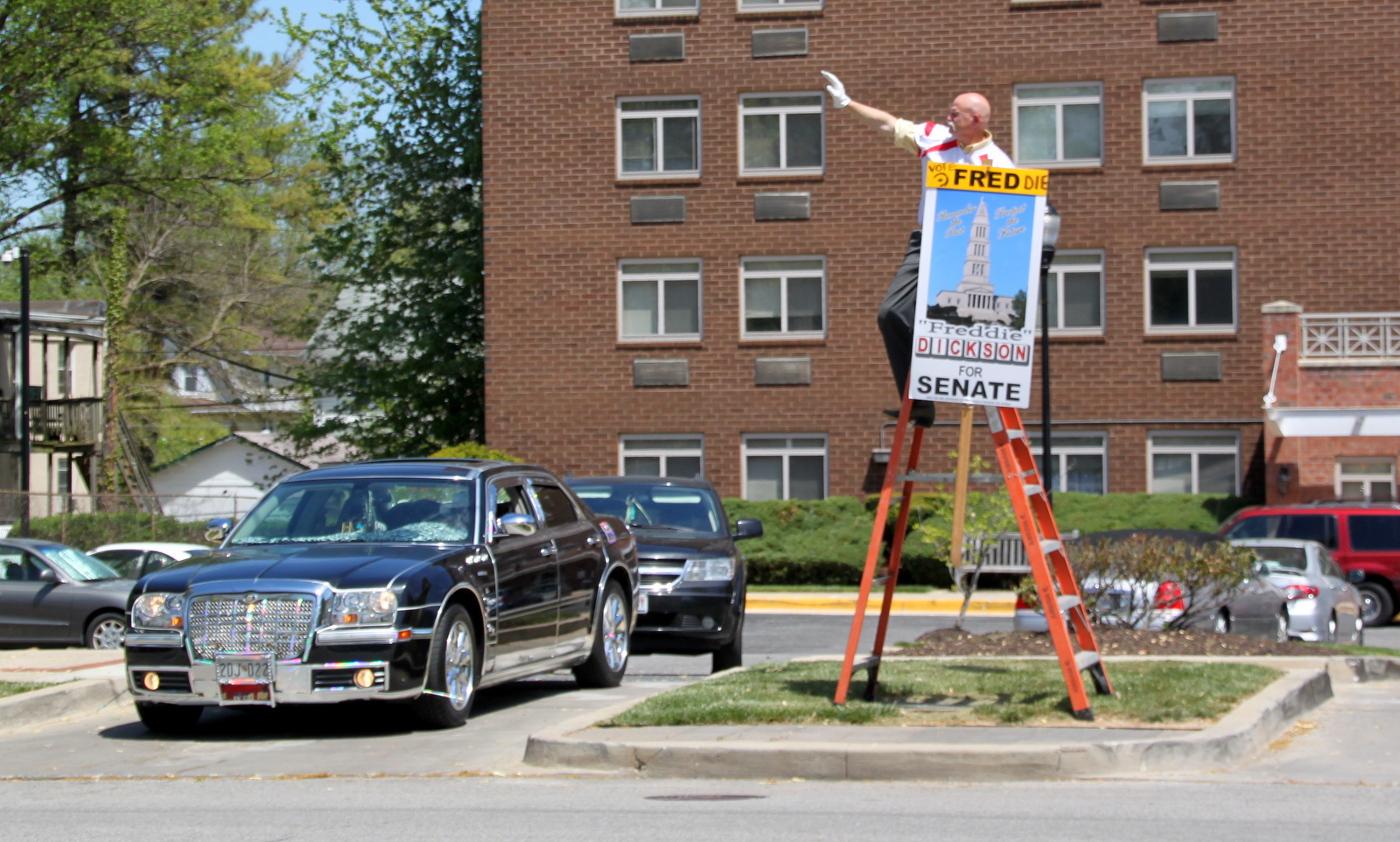 • At some polling places there were problems with the new paper ballots jamming in the machines used to read them.

• Delays in poll openings prompted the campaign of U.S. Rep. Donna Edwards to ask a Circuit Court judge to order the polls kept open past the 8 p.m. closing time. An attorney for Edwards, William H. “Billy” Murphy Jr., alleged that there were delays of as much as an hour at seven city polling places.