Oaktree Capital Management cashed in during the U.S. housing crisis, buying up distressed assets at bargain prices. But critics say the holders of Oaktree’s mortgages are suffering because the Los Angeles-based investment firm misused a federal program to buy up the properties.

One of those people, a 64-year-old nurse from the Cylburn neighborhood in Park Heights, stood in City Hall yesterday alongside of several City Council members and union and community allies.

When Sandra Cohen’s income plummeted after the private duty patient she cared for died in 2009, she tried unsuccessfully to get the Bank of America to modify her loan. Cohen said she was thrilled when Oaktree’s servicer, Selene Finance, bought the loan, lowering her payments to $800 a month.

The federal program that Oaktree and others have used to buy 105,000 mortgages nationwide has come under criticism nationwide for benefiting private equity firms and hedge funds at the expense of unsuspecting homeowners.

Housing advocates say the Distressed Asset Sales Program (DASP) permits companies to purchase loans at deep discounts, but that many of them went on to foreclose on the properties or force a homeowner to refinance a loan with onerous balloon payments. 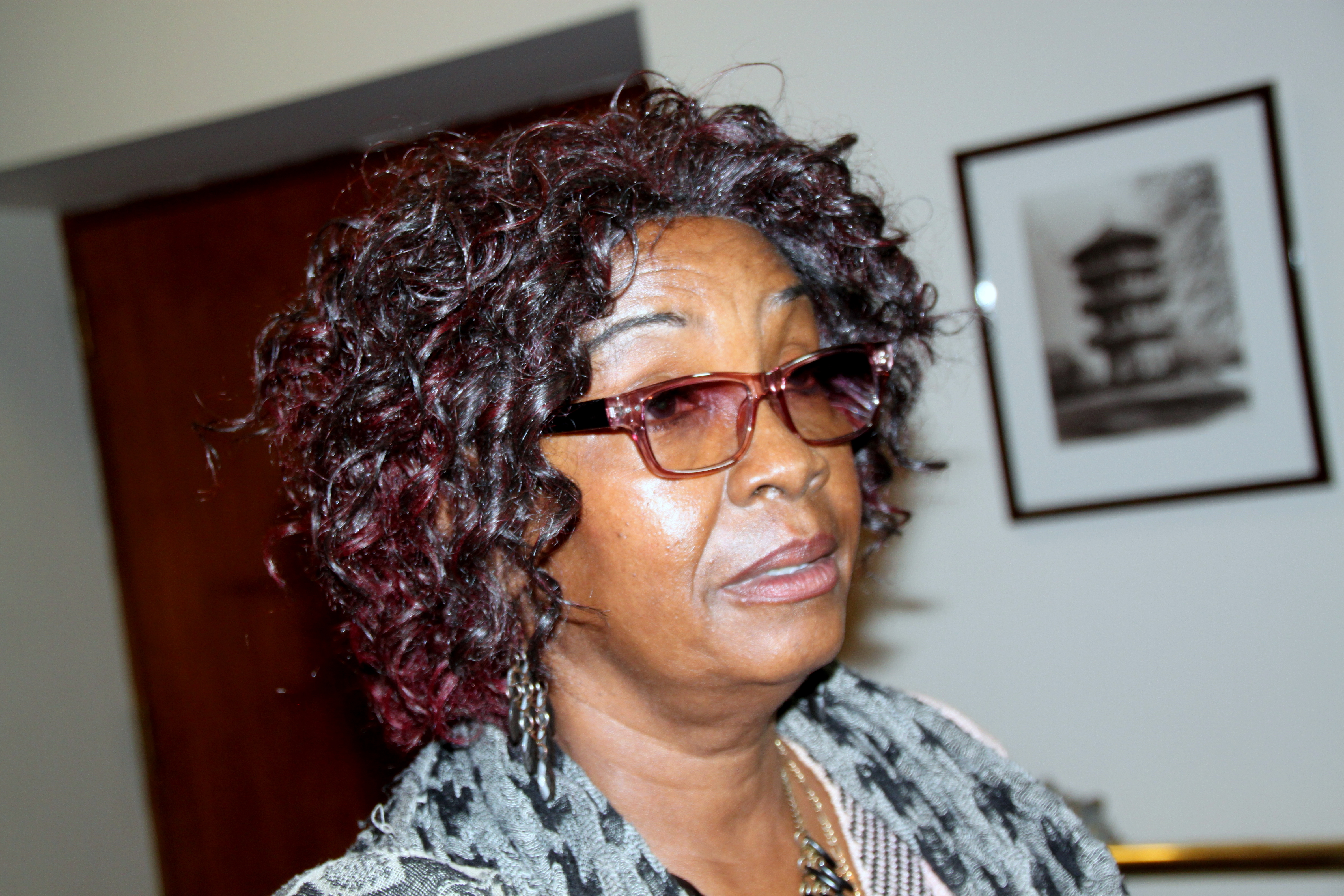 Sandra Cohen says she is a victim of deceptive practices after Oaktree Capital Management purchased her loan. (Fern Shen)

Yesterday the battle over these practices came to Baltimore, with critics zeroing in on 612 residential mortgages they say Oaktree purchased using DASP in Baltimore and Baltimore County.

As of June, 40% of Oaktree’s Baltimore loans have been foreclosed, with another 20% in the process of foreclosure, according to a report by UNITE HERE Local 7, which organized the event along with United Workers.

“This is the sheer definition of predatory lending,” said Councilman-elect John T. Bullock (9th District). “It’s heartbreaking to hear some of these stories. . . We call on Oaktree Capital to answer for its work.”

“My heart breaks when I hear the stories of these women who did everything right, who were on the path to home ownership and who were stymied and taken advantage of by this private equity company,” Councilman Cohen said.

“Oaktree was the only purchaser in HUD’s entire 2014 sale who failed to reduce the unpaid principal balance on a single homeowner loan it modified,” Clarke added, referring to the federal agency that administers the Distressed Assets Sale Program. 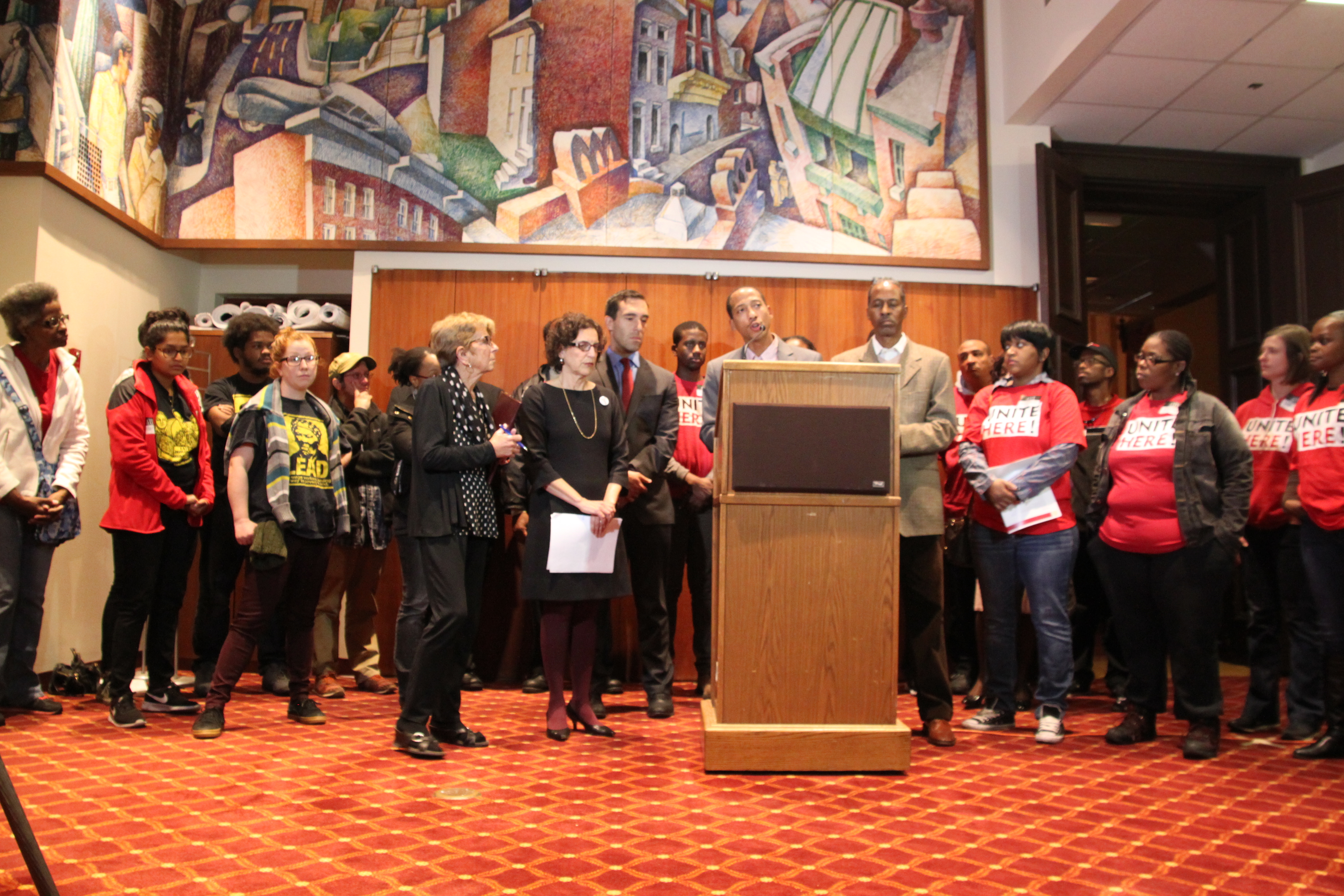 Roxie Herbekian, UNITE HERE Local 7 president, said the goal of the campaign is “to press for there to be no more Wall Street foreclosures here in Baltimore.”

Supporting their efforts, U.S. Rep. Elijah Cummings has written a letter to Oaktree calling its actions “devastating and shocking to the conscience.”

“With your help, we will call out and call to account the CEO of Oaktree Capital,” Clarke said to the audience and assembled media.

But it is unlikely that the City Council will receive a visit from Karsh, a billionaire investment guru and chairman of Tribune Media. (Oaktree owns nearly 15% of Tronc Inc., the Baltimore Sun’s corporate parent, formerly known as Tribune Publishing.)

In a statement emailed to The Brew, Oaktree disputed UNITE HERE’s information.

“The truth is that Oaktree is in full compliance with HUD’s program and expects to remain so. The Oaktree-managed funds that purchased the HUD loans in the Baltimore area are pursuing home retention first in all cases.  We have worked with hundreds of these borrowers to keep them in their homes, including forgiving up to $4.5 million in loan principal,” the statement said.

“We are in the process of selling more than 150 foreclosed homes at a loss to a community housing organization that will put the homes back into use in the community,” the press statement continued.

“For perspective, more than 55% of the Baltimore loans purchased by Oaktree-managed funds were already in foreclosure at the time of purchase, and the average loan was more than two years in arrears. HUD was seeking partners capable of injecting new capital and expertise into these difficult situations and helping borrowers retain their homes, and we’re proud to have been able to do so.”

No Help: Instead More Fees

Sandra Cohen, meanwhile, is pushing to get some relief after what she said was deceptive behavior by a lender under a federally managed program.

Seeking a lawyer, she said her experience has left her bitter.

Cohen said she’s glad someone is paying attention and, when asked what her message is for the public, answered without hesitation:

In addition to Bullock, Clarke and Cohen, the letter to Bruce Karsh was signed by the following: