Just a week out of her job as Baltimore’s mayor, Stephanie Rawlings-Blake informed “colleagues & friends” via an eblast today that she is launching a consulting firm that would “leverage the contacts and context I have developed” as a city politician.

SRB & Associates is the name of the firm incorporated by the law offices of her close friend, lobbyist Lisa Harris Jones, and conveniently located above Cindy Wolf and Richard Foreman’s Petit Louis Bistro restaurant at 4800 Roland Avenue.

From her leafy perch in the historic shopping center, the ex-mayor says that she will “find winning solutions for cities, business, campaigns and the individuals who will move our country forward.”

As part of her pitch for business today, Rawlings-Blake said she brings “a track record of success” from her 21 years in Baltimore government. (Here are images of her smiling, speaking and holding a shovel on her new website.)

“As a council member, city council president and most recently as mayor, I have tackled the most intractable problems in American cities and have become a national leader,” the email announcement says.

Rawlings-Blake says that she is willing to share those experiences in such areas as strategic planning for businesses and campaign consulting for candidates.

The letter does not say whether other members of her former administration will join the firm as “associates” or what prices she will charge for her expertise.

But what is known is that the suite of offices to be used by Rawlings-Blake is also the home of her campaign committee’s fundraiser, Binetti Political Strategies.

The Brew reported last week that Rawlings-Blake’s campaign committee paid Binetti over $70,000 in consulting fees since the mayor announced she was not running for re-election.

In addition, the firm’s principal, Stephanie Binetti, was given campaign cash for gifts, transportation and hotel space during the Democratic National Convention and to buy gifts, including alcohol, for the U.S. Conference of Mayors when Rawlings-Blake was president.

Campaign cash is not supposed to be used for personal or quasi-political expenses by an elected official, especially one who has announced that she is not running for office. 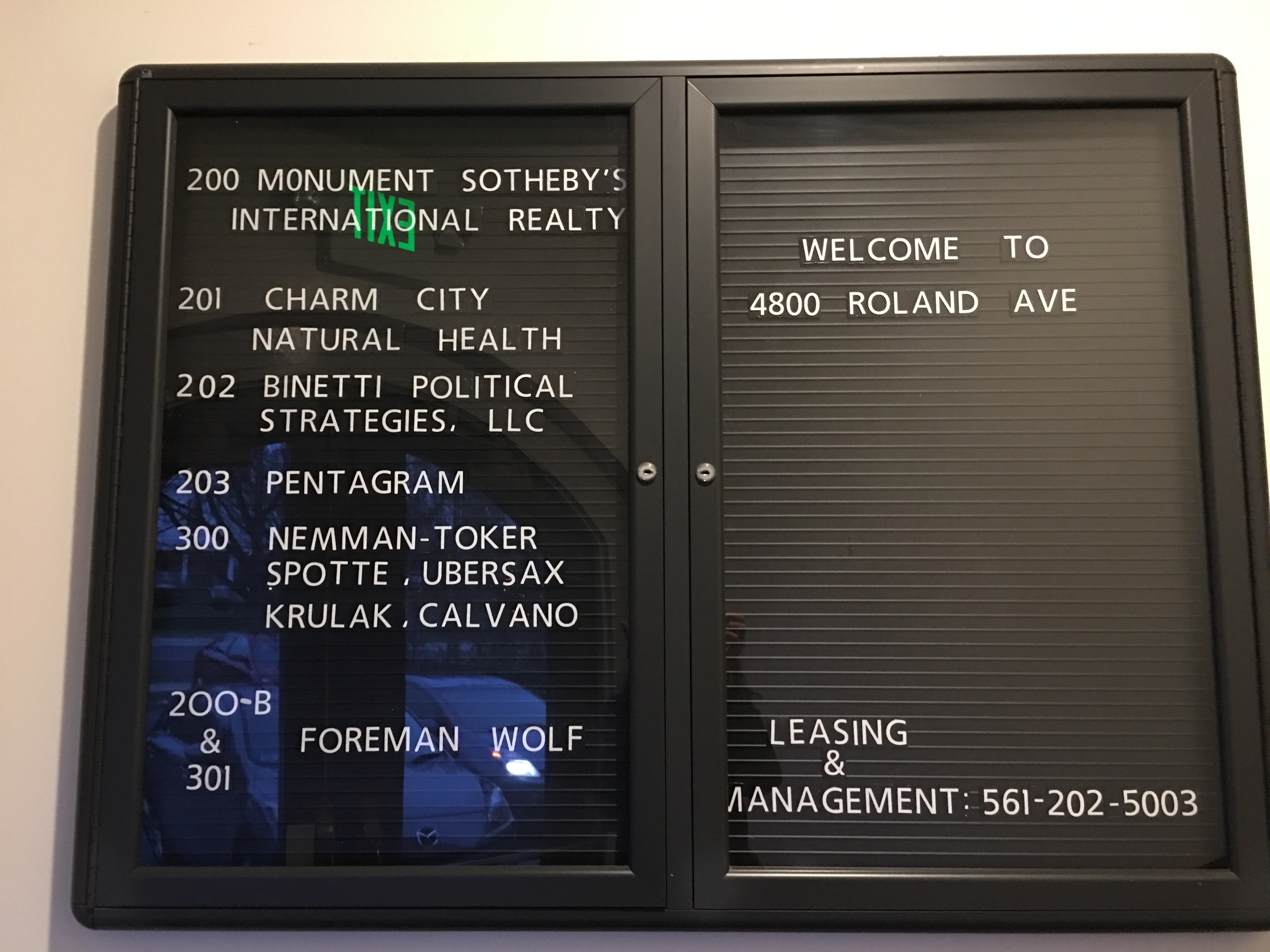 Rawlings-Blake’s consulting firm is listed at the Roland Avenue suite of Binetti Political Strategies, which is operated by Stephanie Binetti and her husband, David Kosak. (Fern Shen)

Maryland corporate records show SRB & Associates was incorporated last month on November 7. On November 11, the Rawlings-Blake finance committee plunked down a $20,000 deposit for a party at Bar Vasquez that the mayor’s then-top aide, Kaliope Parthemos, described as a “celebrating SRB” event.

The incorporation was handled by Philip D. Cronin of Harris Jones & Malone, which is helmed by Lisa Harris Jones and her husband, former Martin O’Malley aide Sean Malone.

In 2013, Mayor Rawlings-Blake made headlines when it was revealed that she had officiated over the Jones-Malone wedding in Las Vegas during a city-paid trip to a shopping center conference in Las Vegas.

City and state ethics laws do not preclude former public officials from advising private clients, including those seeking public contracts, unless they use specific knowledge gained from their time in office.

Before today’s email blast, Rawlings-Blake had been coy about her future, saying only that she had joined WME-IMF Speakers, a boutique Manhattan speakers bureau for sports, entertainment and celebrity talent.

While still Baltimore’s mayor during the election season, she moonlighted as an unpaid commentator on cable network shows and was an analyst for ABC News on election night. 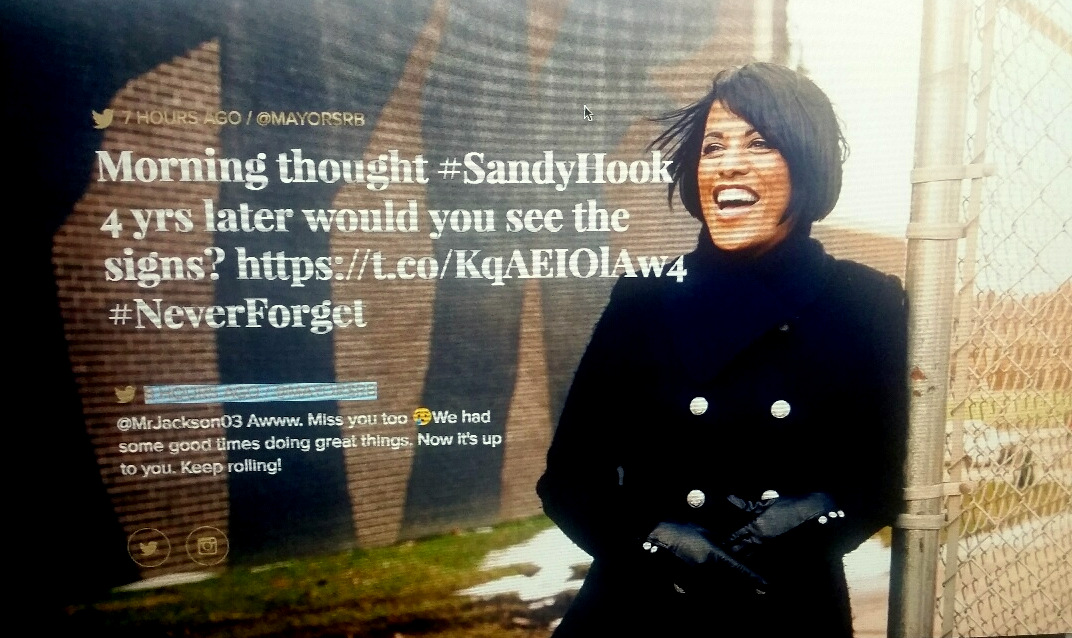 A page on her new website titled “her thoughts.” (www.srbandassociates.com)