The tall white smokestack atop the Wheelabrator waste-to-energy facility, visible along Interstate 95, serves as an industrial-themed Baltimore “welcome” sign.

But BRESCO, as the facility is known (the Baltimore Refuse Energy Systems Co.), is also the city’s biggest source of nitrogen oxide, or NOx, which mixes with sunlight to form ground-level ozone.

In Baltimore, which has long failed to meet federal standards for ground-level ozone, NOx contributes to the region’s hazy air, its oxygen-gobbling algal blooms in the Chesapeake Bay and ozone and fine airborne particles that cause asthma and other respiratory disease.

Today, the Maryland Department of the Environment is holding a meeting to discuss tightening the limits for NOx emissions by Maryland’s two largest municipal waste-burning producers: BRESCO and the Montgomery County Resource Recovery Facility.

Environmentalists will be urging them on.

“We are extremely concerned about the effects of air pollution from the BRESCO plant on Baltimoreans, particularly vulnerable populations such as children, the elderly and individuals with asthma,” Environmental Integrity Project attorney Leah Kelly wrote to MDE in October on behalf of a coalition of groups. 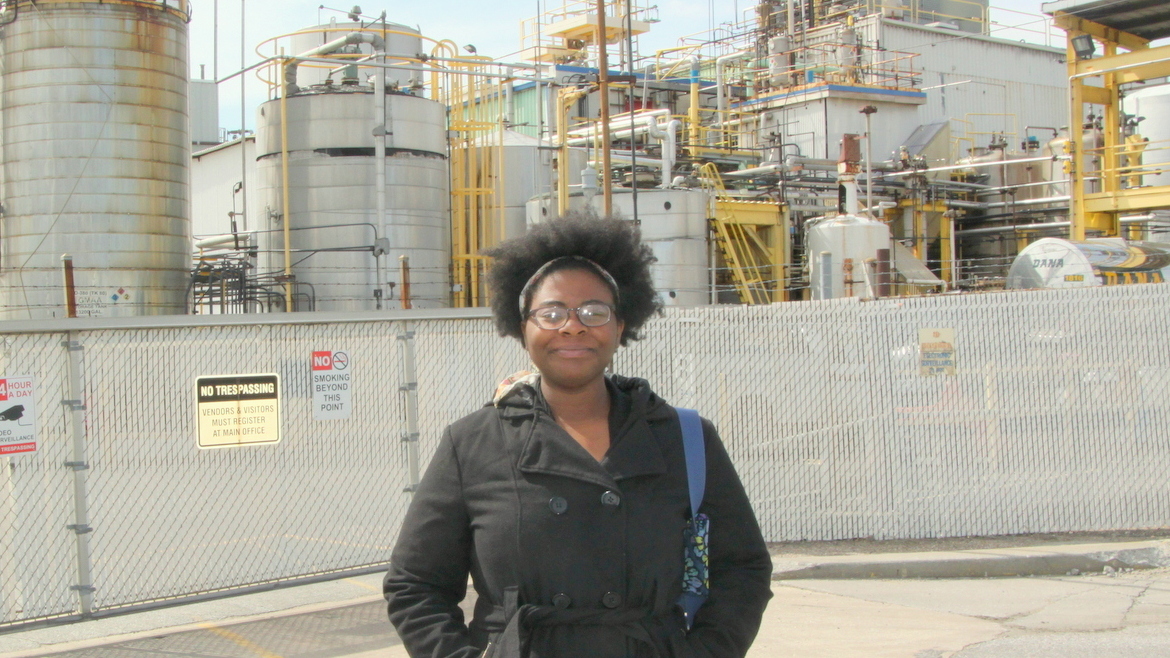 Destiny Watford, who led the opposition to the incinerator planned for Curtis Bay, is speaking out about Baltimore’s existing incinerator, the BRESCO facility. (Fern Shen)

Many members of that coalition plan to attend today and raise a broader concern – that trash-to-energy incineration, which releases a host of other pollutants along with NOx, should be phased out in Maryland.

“The elephant in the room is the recognition that incinerators like BRESCO can’t be part of the long-term future of a sustainable Baltimore,” said Gregory Sawtell, an organizer with United Workers, the Baltimore-based human rights group.

According to Sawtell, as much as 80% of the material the BRESCO facility burns is recyclable or compostable.

“I think eventually phasing out BRESCO and buying in to ‘zero waste’ and alternatives like recycling and composting is where we have to go,” said Destiny Watford, the student activist who teamed up with United Workers and others to stop a trash-burning power plant from being built near her Curtis Bay community.

BRESCO officials, recently celebrating three decades in Baltimore, described the facility as a source of “clean renewable energy” and “an economic generator,” employing 70 people in the region.

The 64-megawatt plant, opened in 1985, has also been dogged by controversy over air pollution and for operating with an expired air pollution permit.

In 2010, the Board of Estimates approved a new 10-year contract permitting Baltimore to dispose of about 200,000 tons of municipal solid waste there annually.

In 2014, the New Hampshire-based company that operates BRESCO, Wheelabrator Technologies Inc., announced that it had been acquired by Energy Capital Partners, a private equity firm, from previous owner, Waste Management Inc.

The BRESCO incinerator produces high-pressure steam, which is used for heating and cooling some downtown buildings and to make electricity.

The facility processes about 2,250 tons of material a day. It also recovers metals from the ash residue and sends the ash to the Quarantine Road Landfill at Hawkins Point.

According to the Environmental Integrity’s Kelly, BRESCO’s NOx emissions, high relative to the facility’s useful output, could be substantially reduced with better pollution control technology.

Kelly notes in a letter to MDE that Montgomery County’s incinerator installed new controls between 2008 and 2010 and cut its NOx emissions nearly in half.

Quoting the EPA, she said the average yearly reduction of 494 tons per year at the Montgomery facility was “equivalent to the annual emissions of 50,000 passenger cars.”

In addition to asking for improved technology, Kelly also asks MDE to require BRESCO’s operators to explain why its current NOx control technology “functions poorly and below what would be expected for this type of technology.”

Nearby residents have long chafed at the presence of facilities like the city landfill and the BRESCO incinerator in their remote corner of South Baltimore.

Cherry Hill’s Michael Middleton said he plans to attend today’s meeting and point out that reducing the health impact of BRESCO’s operation is the least officials could do to help these  communities “historically treated like the city’s armpit.”

“I know it’s not a likelihood that they would remove (BRESCO) in the near future, but that’s my ideal,” said Middleton, who heads the SB6 community coalition that negotiated a memorandum of understanding with the city and the developers of the nearby Port Covington project.

“I wish I had been better educated about that place years ago – I would have tried to stop it then,” said Westport resident James Alston.

“The odor you experience from it in the summertime can be unbearable.”

In addition to BRESCO’s NOx releases, its sulfur dioxide, formaldehyde, mercury and hydrochloric acid emissions are also the highest of any industrial source in the city, according to Michael Ewall, of the Energy Justice Network, who reviewed the most recent Environmental Protection Agency data.

At 3 million pounds annually, the incinerator accounts for more than 37% of all the stationary (non-car) emissions in Baltimore, Ewall said.

“Shutting down Wheelabrator Baltimore, when it comes to NOx, would be the equivalent of taking half the cars or half the diesel trucks and buses off the road,” Ewall said. 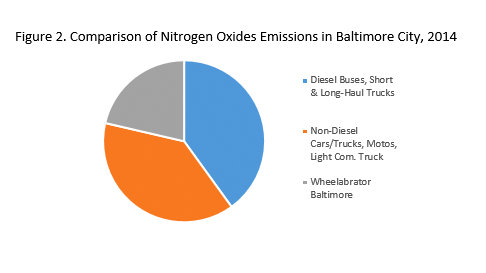 For Watford, Baltimore’s incinerator is something of a roadblock to the task she’s undertaken after leading the fight to stop the in her community – coming up with less polluting, more sustainable ways for the city to dispose of waste.

With five years left on the BRESCO contract, she feels the need to create the political momentum for alternatives.

“If BRESCO were to go away, what would take its place?” said Watford, winner of the 2016 Goldman Environmental Prize. “This is the starting point to begin that conversation. It’s going to take a real push to get people to see a need.”

She favors a facility like Eureka Recycling in Minneapolis that touts its living wage for employees, low rate of material left un-recycled and commitment to reusing materials for new products locally.

Environmentalists are hoping city officials, currently updating Baltimore’s Sustainability Plan, agree that it needs to move away from incineration.

And they hope that state officials will do likewise, to move more decisively toward Maryland’s 2040 “Zero Waste” Plan.

To some these are plans on paper – Watford considers them literally a matter of life and death.

She points to a 2013 Massachusetts Institute of Technology study that found Baltimore has the highest emissions-related mortality rate of all the large cities in the country.

Of every 100,000 residents in the city, the study found that 130 were likely to die prematurely each year of causes related to air pollution.

“Given our population size,” she said, “that means air pollution causes more deaths here than homicide.”