Photographer John Dean was on his way to his studio yesterday when he found 25th and Charles streets blocked by police cruisers and firetrucks –a fire had broken out in an apartment in the 2400 block of North Charles.

As Dean shot photos, he tried to make sense of the hub-bub:

The streets and sidewalk were swarming with cops, firefighters, paramedics and, it seemed, most of the neighborhood.

Firefighters were taking down the ladders they had used to get to the the 2nd floor apartment, break the window glass and extinguish the blaze.

The Statue of Liberty (the guy in the green Lady Liberty outfit advertising Liberty Tax Service) was holding a leashed pit bull. An immense gray Great Dane was nearby.

And, laughing and joking with the police officers and firefighters, were James Young and David LeSure, who it turned out, were the heroes of the day. 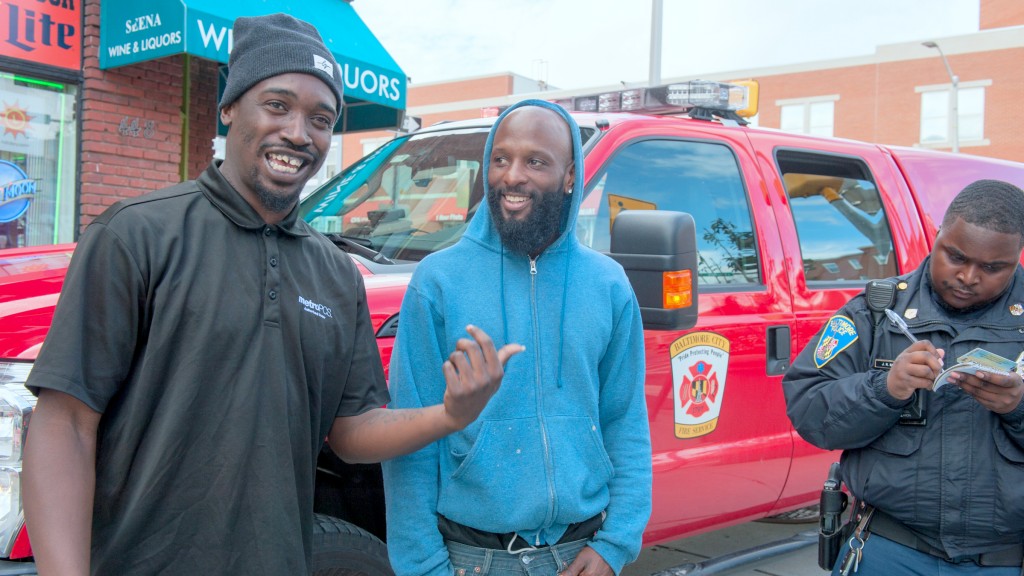 “I Didn’t Know if Anyone was in There”

As Dean recounted it for The Brew, Young, who works nearby, and LeSure, who lives in the neighborhood, saw the smoke pouring out of the window.

LeSure kicked the door down and Young followed him in.

“I didn’t know if anyone was in there or not,” LeSure told the photographer. 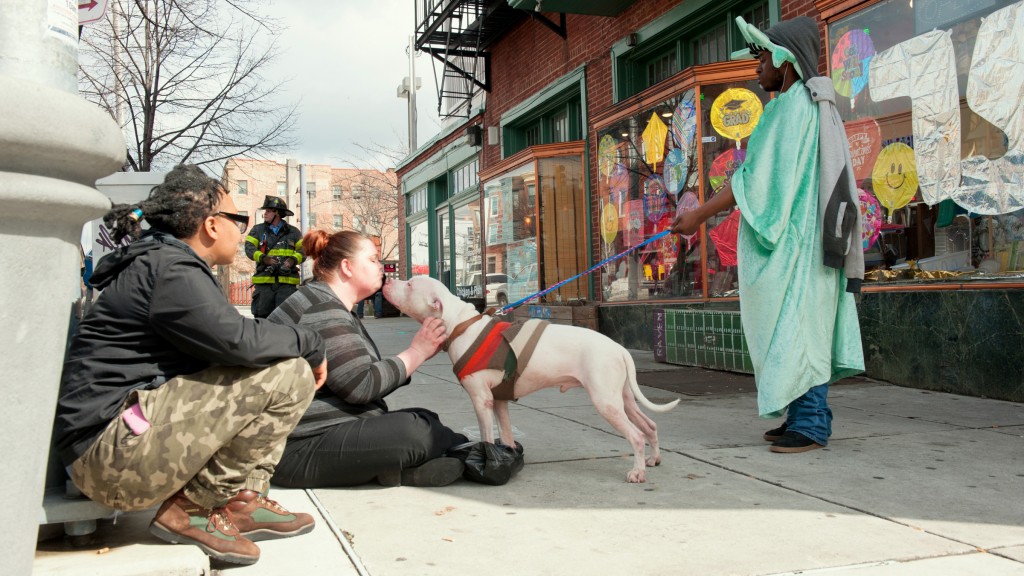 The men found a pit bull named Junior in the apartment and got him out to the street.

Safe on the sidewalk, Junior went into the care of other bystanders. Lady Liberty held Junior’s leash. A woman got him some water and called the number on his dog tag.

One of the two men who live in the apartment, Aren Kimber, got the other dog in there out, a Great Dane named Gunner. (Hard to know how the rescuers missed a dog that size.)

Fortunately, the fire turned out to be a small blaze in a bedroom.

By the time Kimber and the other occupant of the apartment, Mark Webb Jr., got  home, they found that the first responders – and the neighborhood – had everything pretty much under control.

As for the cause of the fire, Kimber explained it to Dean this way:  It was a scented candle, “to help with the dog smell,” that they had left burning.

Dean was just happy everything ended well, nobody was hurt and that the Baltimore police officers and fire crews and people in the community came together in such a friendly, positive way.

“These kinds of moments happen in our city too,” he said. “We need to hear these stories once in a while.” 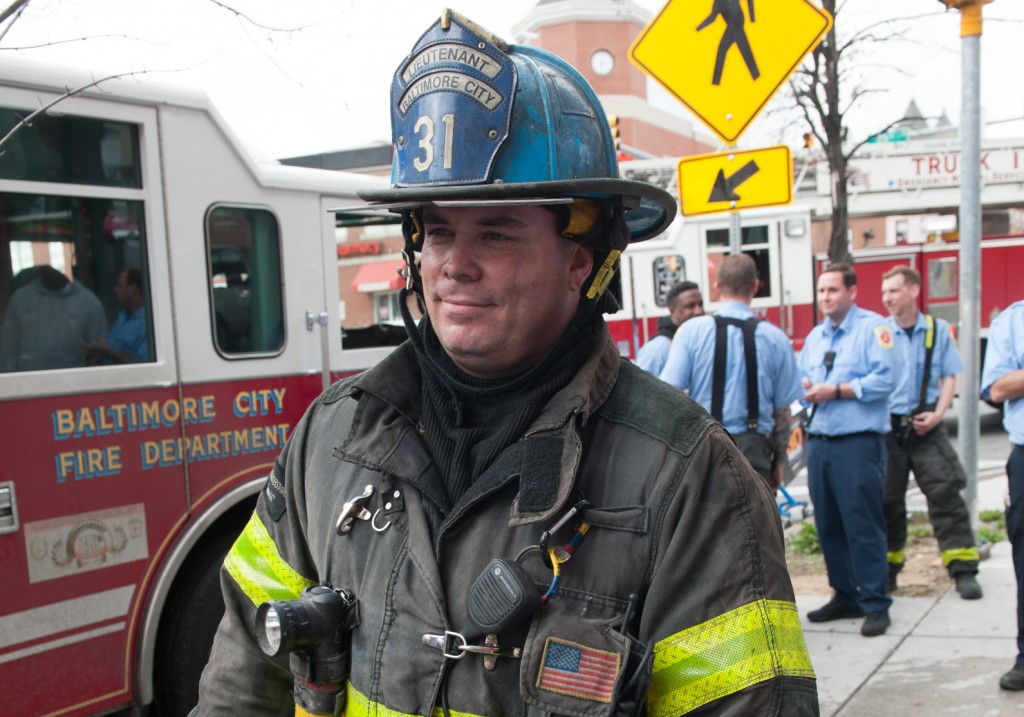 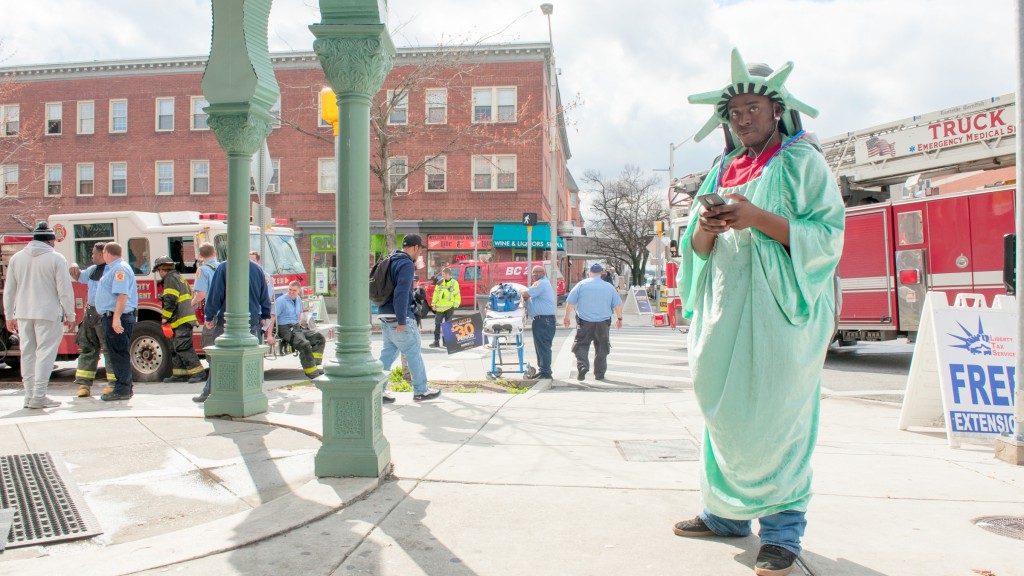 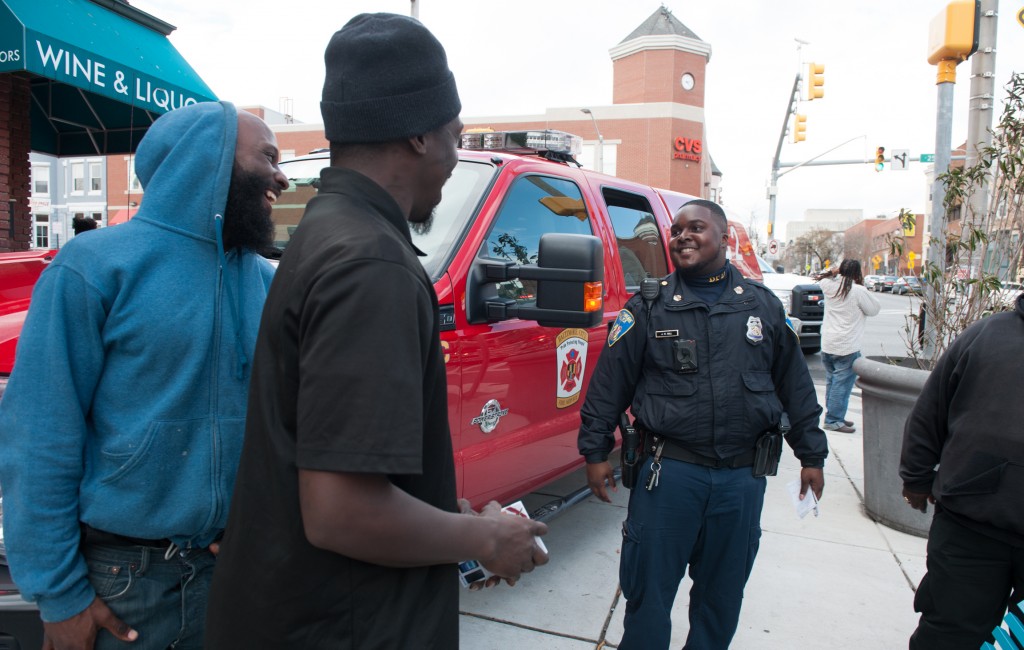 David LeSure and James Young with a Baltimore police officer, after the rescue. (John Dean) 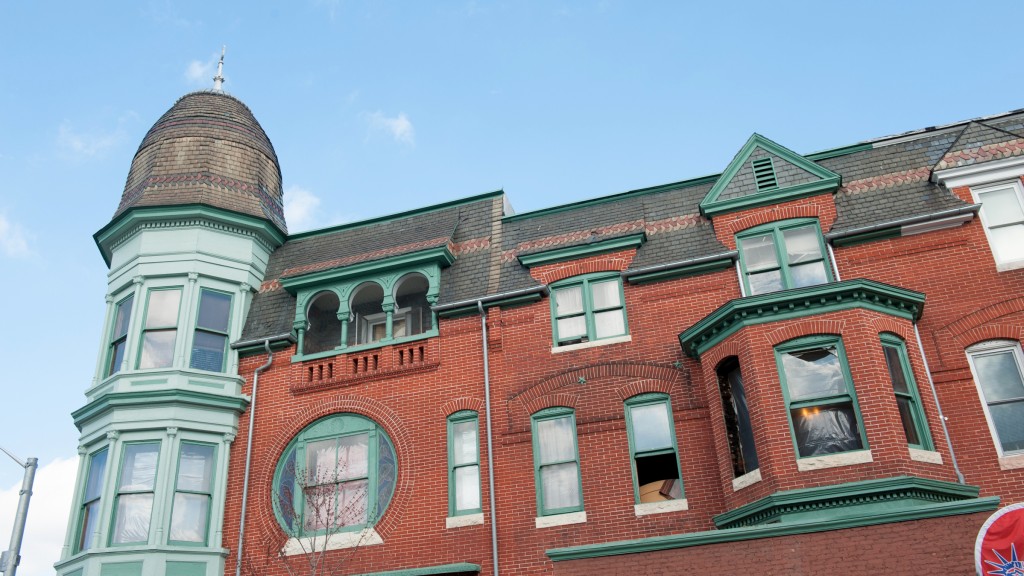 The apartment where the small bedroom blaze broke out. (John Dean)