Just below the 3000 block of Clipper Mill Road – and just above the burbling Jones Falls – sat three big piles of trash that gave every indication of coming from a liquor store.

• Beer, gin and vodka boxes.
• Cigarette cartons and a box that had contained 720 grape cigarillos.
• A renewal reminder from “Cigar Aficionado” magazine.
• Lots and lots of Maryland Lottery tickets.

The names of Hoffman’s Liquors in Park Heights – and its licensee, Soon Ae Seo – were visible on envelopes and shipping labels, indicating which store it might be. 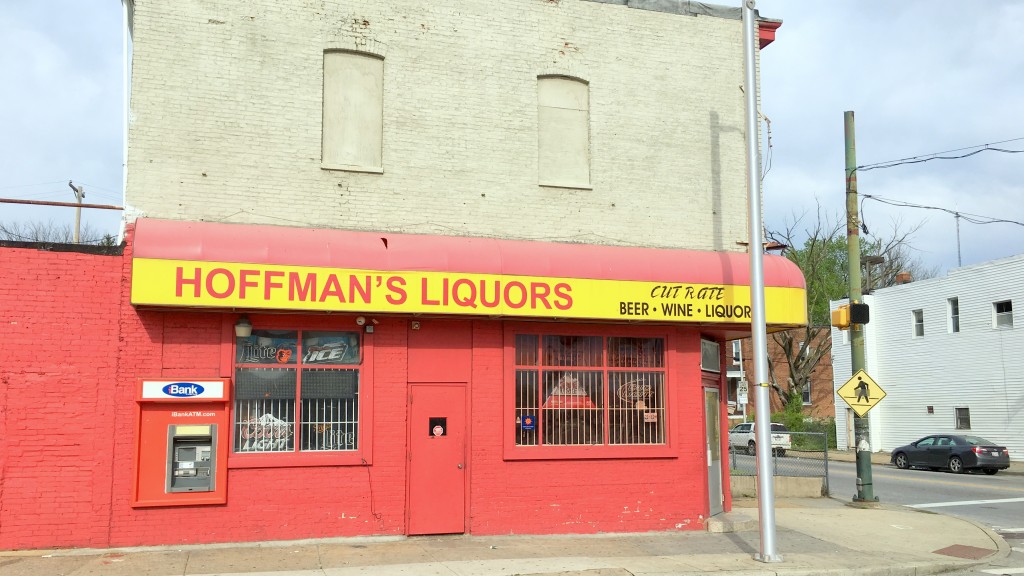 Reached today at her establishment at 4401 Park Heights Avenue, Seo acknowledged the refuse came from her business, but said she had no idea it had been dumped there.

Seo later said she called and found that the person who takes away her trash had given the job to somebody else who did the roadside dumping.

UPDATE (5 p.m.): Seo sent the Brew this message: “Thank you for informing us of the trash issue. We have cleaned up all trash. We have taken steps to make sure this won’t happen in the future.”

UPDATE II: Tuesday) the Brew checked today and the mess has indeed been cleaned up.

“He’s going to clean it up”

In 30 years of operating the business, located at the Cold Spring Lane intersection, she said, she had never received such a report.

Seo apologized again and said it would be taken care of today. “He’s going to clean it up,” she said.

Lots of dumping takes place along the picturesque winding roadway above the stream.

By coincidence, volunteers organized by Blue Water Baltimore were conducting a clean-up along the waterway yesterday. They found plenty of other trash besides the liquor store’s.

Among the items: several bundles of the Baltimore Sun‘s advertising supplement: SUNPlus. 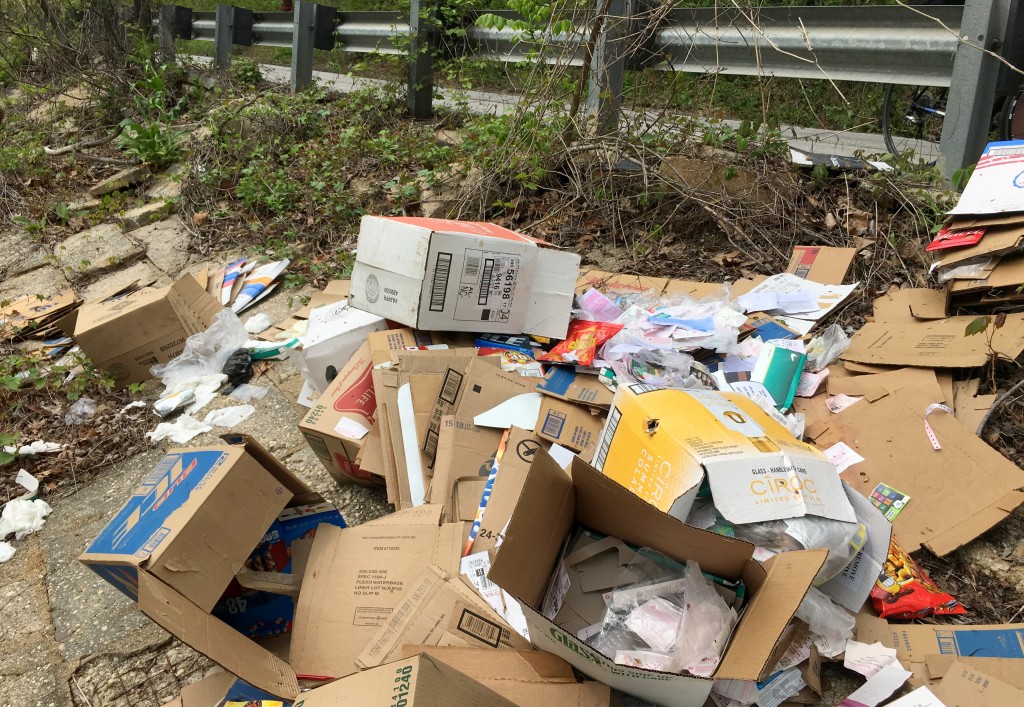 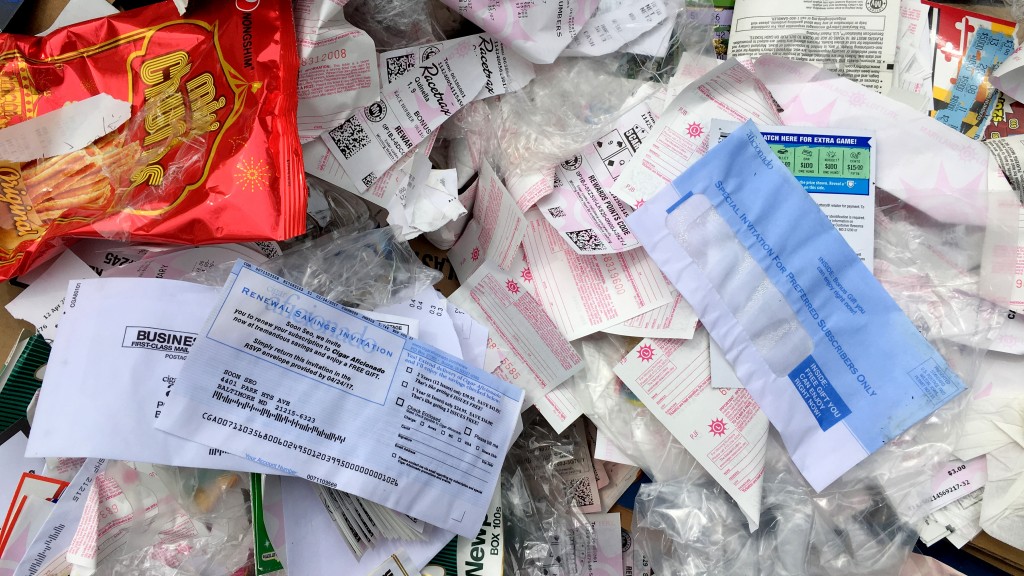 Packaging and mail with Hoffman’s Liquors name and address was among the trash found dumped along Clipper Mill Road over the weekend. (Fern Shen) 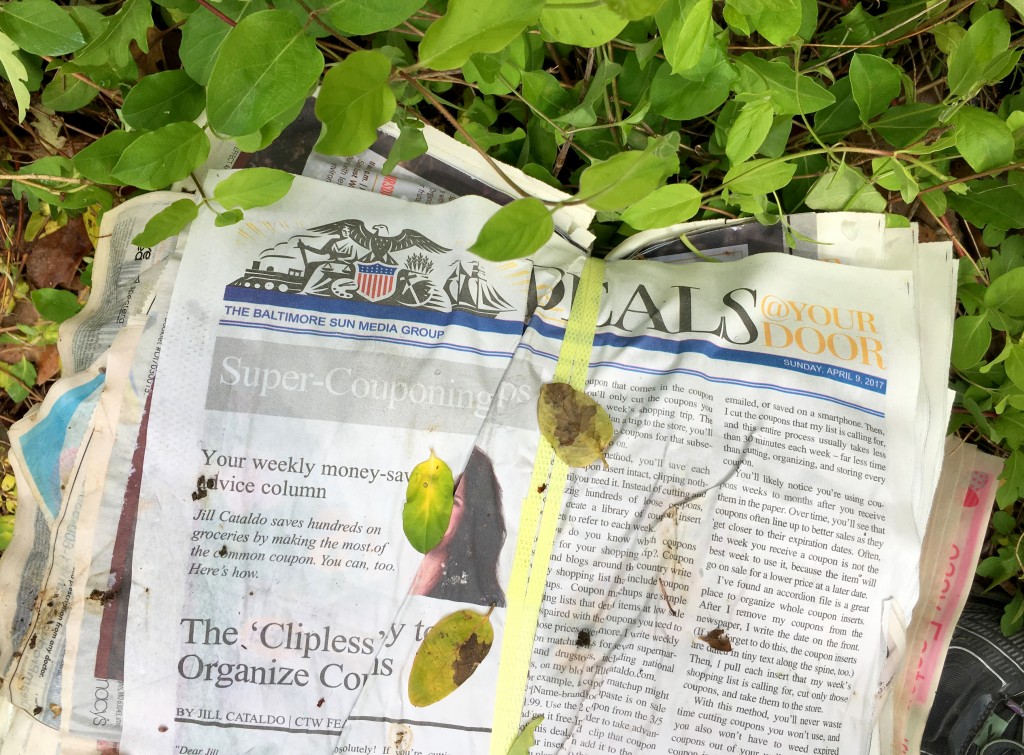