The trees are just leafing out in Baltimore, a reminder that it’s time for a spectacular annual wildlife display in the heart of the city – the yellow-crowned night herons nesting along the Jones Falls.

Sure enough. There, yesterday, on the Wyman Park Drive bridge over the Jones Falls Expressway was the the surest sign that we would soon see the exotic birds with their swooping head feathers:

George Washington Williams, his long-lens camera in hand, was peering off the side of the bridge.

“There’s 11 birds and five nests,” said Williams, perhaps the most dedicated of the amateur photographers who flock to this spot every year.

By finding a sight-line through the metal fence and past the swelling foliage, observers standing on the sidewalk could see several of the red-legged, gray-and-white wading birds perched in or near their Dr. Seuss-esque nests. 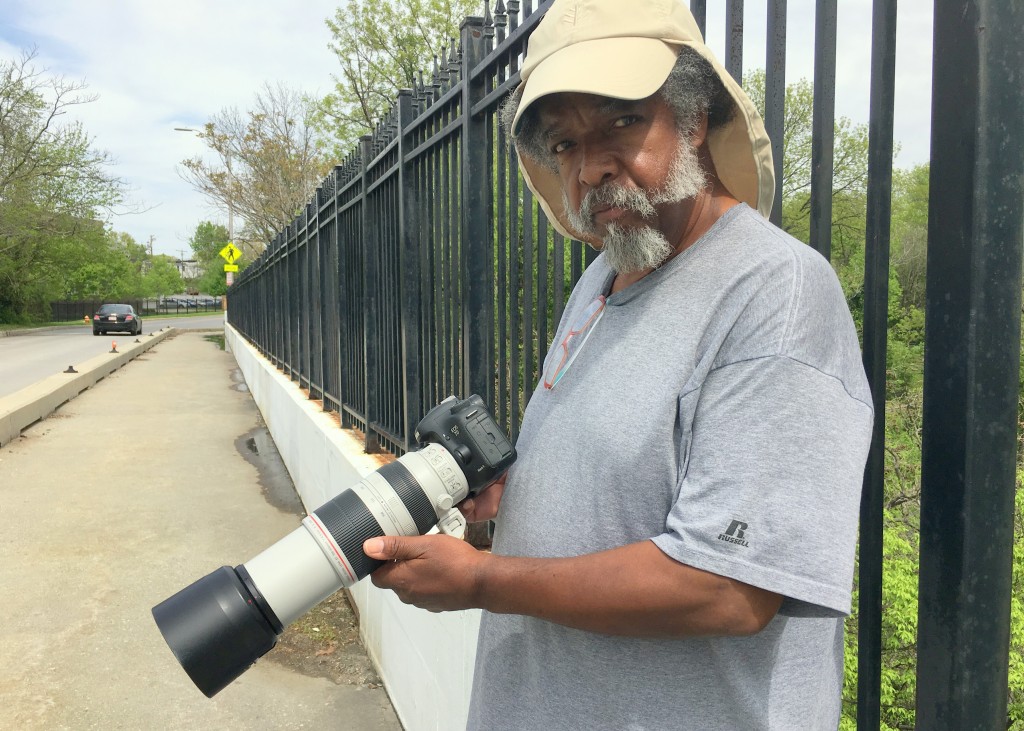 If you can’t make it to this spot, check out the scores of heron photos on Williams’ Flickr page. After retiring from General Electric a few years ago, Williams became fascinated with the birds and took up photography.

Yesterday he showed us the spreadsheets he uses to keep track of the birds’ progress. After years of watching the herons and consulting information on their life cycle and habits, he can predict when they will produce their eggs and see them hatch.

“What I’m doing here is this is Nest 5 off of the bridge,” he said. “And that’s that one with one egg in it. And this is Day 10 that I’ve seen them collecting sticks. And now they’ve posted out an egg.” 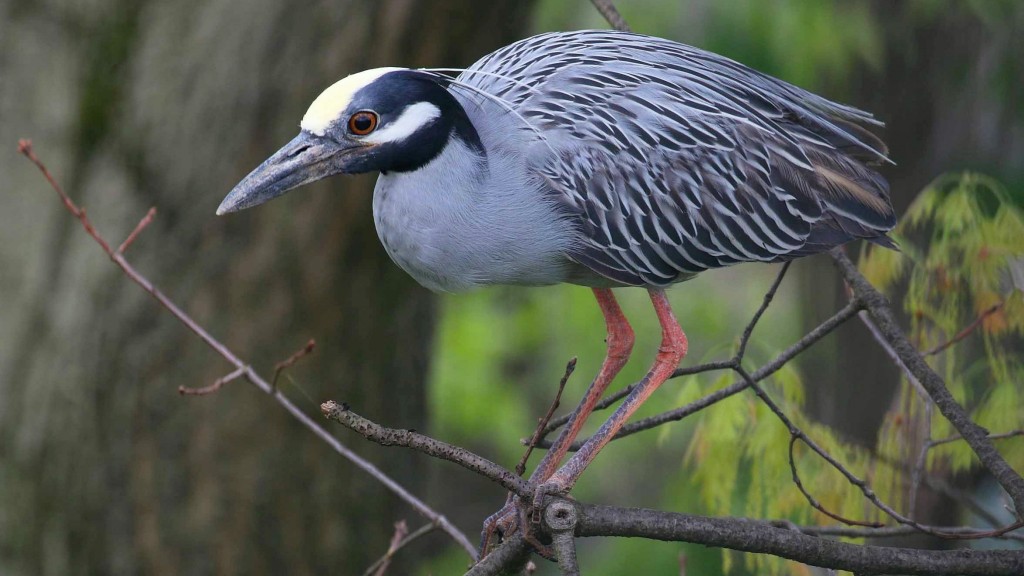 A yellow-crowned night heron in a tree high above Baltimore’s Jones Falls. (George Williams, with permission)

Nyctanassa violacea are not endangered. They winter in the southern states and Central America and favor shallow-water areas where they can find crabs, crayfish and other food sources.

But Williams likes what he can learn just by standing quietly on the bridge as cars, bike riders and walkers flow past, and watching the heron couples swoop above the trees with new sticks and tend their big, bright blue eggs.

For the close observer, there’s more than herons to be found from this perch.

“Let me show you this knothole in this tree over here,” he says, crossing the bridge.

One day he happened to glance into that small dark hole, high above the ground, and see a tree frog. “It’s amazing,” he said, “all the things I see up here from just this one spot.” 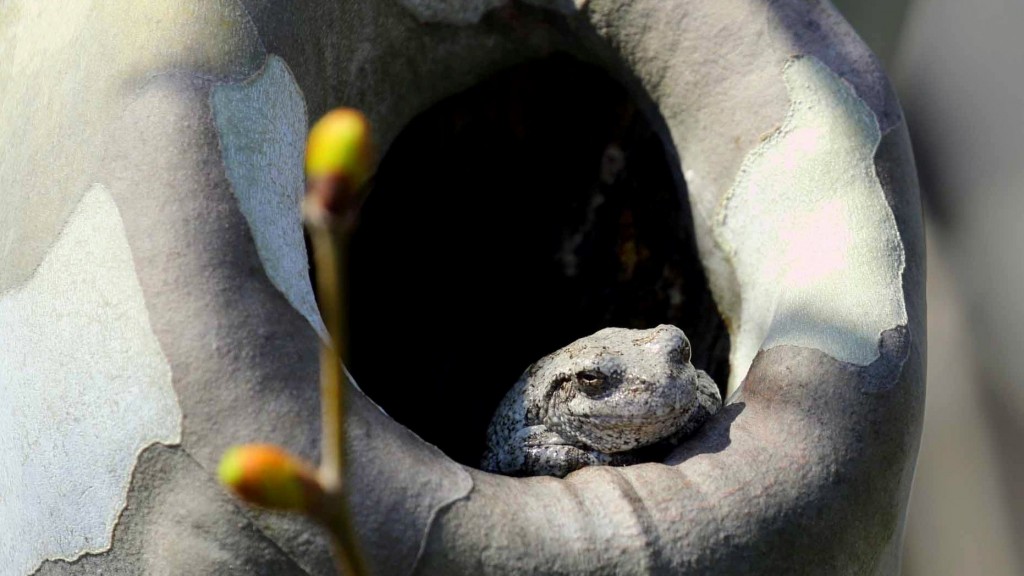 A tree frog hangs out in a sycamore tree on the Wyman Park Drive bridge over the Jones Falls. (George Williams, with permission)