The long-vacant site of the famous Baltimore lithography firm, A. Hoen & Co., has been sold for $200,000 to a development group led by C. William “Bill” Struever, while a $500,000 grant was simultaneously awarded to Struever’s non-profit partner in the venture.

Both transactions – the sale of the property to 2101 East Biddle LLC and the $500,000 grant to Strong City Baltimore – were approved on Wednesday without a public comment by Mayor Catherine Pugh and other members of the Board of Estimates.

But before the hearing – at the board’s pre-meeting that is closed to the public but open to the press – City Council President Bernard C. “Jack” Young questioned the awards.

The answer was “no.”

G. Anthony Bedon, director of land transactions for the housing department, said the $500,000 award will be passed through Strong City to the Struever interests for environmental remediation.

“If there is anything left over from that,” Bedon continued, “then it goes to some of the expenses to shore up the trusses that are in the old historic building.” 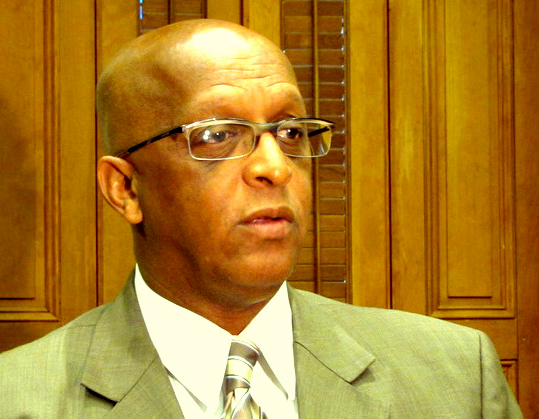 Jack Young at a recent Board of Estimates meeting. (Mark Reutter)

Regarding the $600,000 appraisal (somewhat above the $471,000 value placed on the property by the Maryland Department of Assessments and Taxation), he told Young the appraisal was “predicated on a clean site.”

But the site has experienced so many problems, including leaking roofs and crumbling masonry, that the housing department has already paid substantial sums to keep the buildings standing.

Thus the price the Struever group is paying, Bedon said, represents “a partial reimbursement of the amounts that have been spent by the city.”

In effect, the city was knocking off $400,000 from the sale price because of remediation costs, while at the same time handing $500,000 over to the developer to pay for those costs.

(According to the housing department’s written text, the agency will make the $500,000 “grant funds available to Strong City Baltimore Inc., which in turn will lend the funds to the Developer under the terms of a separately executed Loan Agreement.”)

“So evidently we’re just giving this building away,” Young grumbled as the pre-hearing broke up.

Young, Mayor Pugh and other board members filed into the main room. As president of the spending board, Young called the weekly meeting to order and asked for a voice vote on the “routine agenda” that included the two Hoen transactions.

Asked why he agreed to a deal that he had characterized 10 minutes earlier as “giving this building away,” Young told The Brew: “I just had some issues, but I’m okay with it.”

Struever has been making a comeback after the 2008-09 collapse of his high-flying development company, Struever Bros. Eccles & Rouse, amid a gnarled thicket of contractor disputes, investor lawsuits and abandoned projects.

He resurfaced as a member of the Cross Street Partners, an advisory and management firm that has branched out into affordable housing, conversion of the historic Lion Brothers Building and involvement in the Baltimore Food Hub, a planned urban farm. 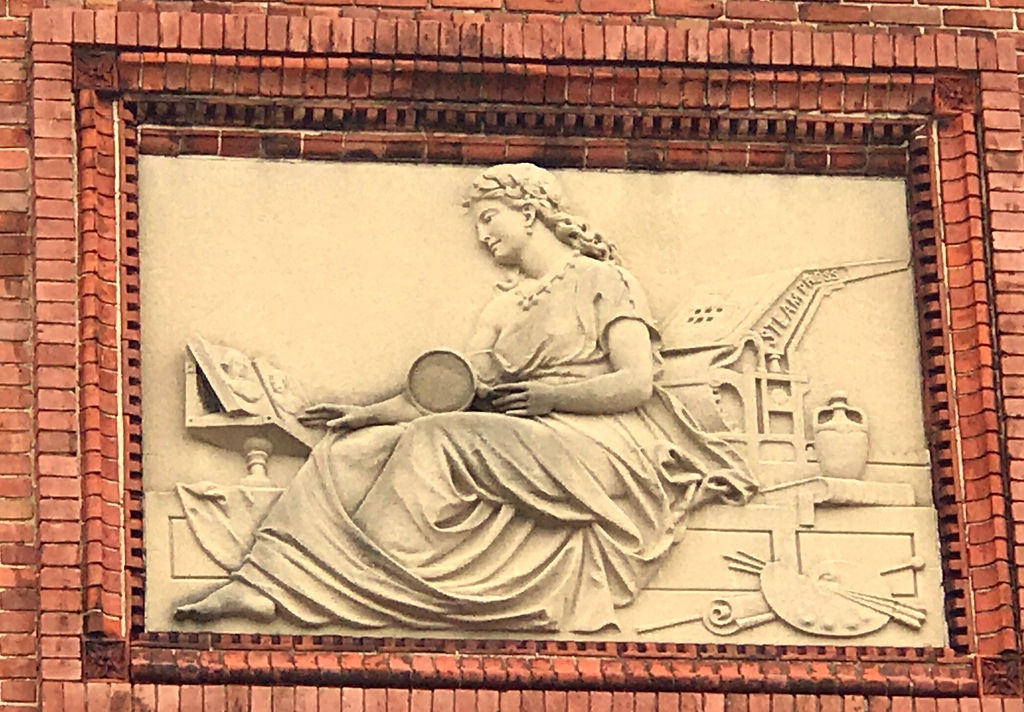 A detail from the Hoen Building, located north of the Amtrak line in mid-East Baltimore. With its advanced steam presses, the company was once the largest printer of smoking and chewing tobacco labels in the western hemisphere. (Mark Reutter)

Wednesday’s sale of the two-acre Hoen site, owned by the city since 2002, is the first step of a complex financing scheme that will employ Historic Tax Credits and New Market Tax Credits that may (or may not) be impacted by the Trump administration’s changes in the country’s tax structure.

For the immediate future, Cross Street Partners and City Life Historic Properties, which was originally awarded redevelopment rights in 2014, will rely on Strong City’s ability to secure public grants.

According to Karen Stokes, CEO of Strong City (formerly the Greater Homewood Community Corp.), the $500,000 grant from the city will be supplemented by a $400,000 grant secured by Strong City from Project CORE. (Project CORE is a state program, pioneered by Gov. Larry Hogan after the Freddie Gray riots, to tear down vacant housing in Baltimore.)

“The building has to be stabilized,” Stokes said in an interview. “Right now, there is literally a tree growing through the masonry. There is a lot of stabilization work that needs to happen before the developer can even begin to go to a lender.”

Strong City was brought into the mix to help win public grants for the project, she said.

“They [the Struever group] are relying on us to help bring in some public funding that would normally flow to a non-profit as opposed to be distributed directly to a developer.

“From a financial perspective,” she continued, “this is a very expensive property to do a rehab on. As you can imagine, any project like this is going to be incredibly dependent on some level of public subsidy.” 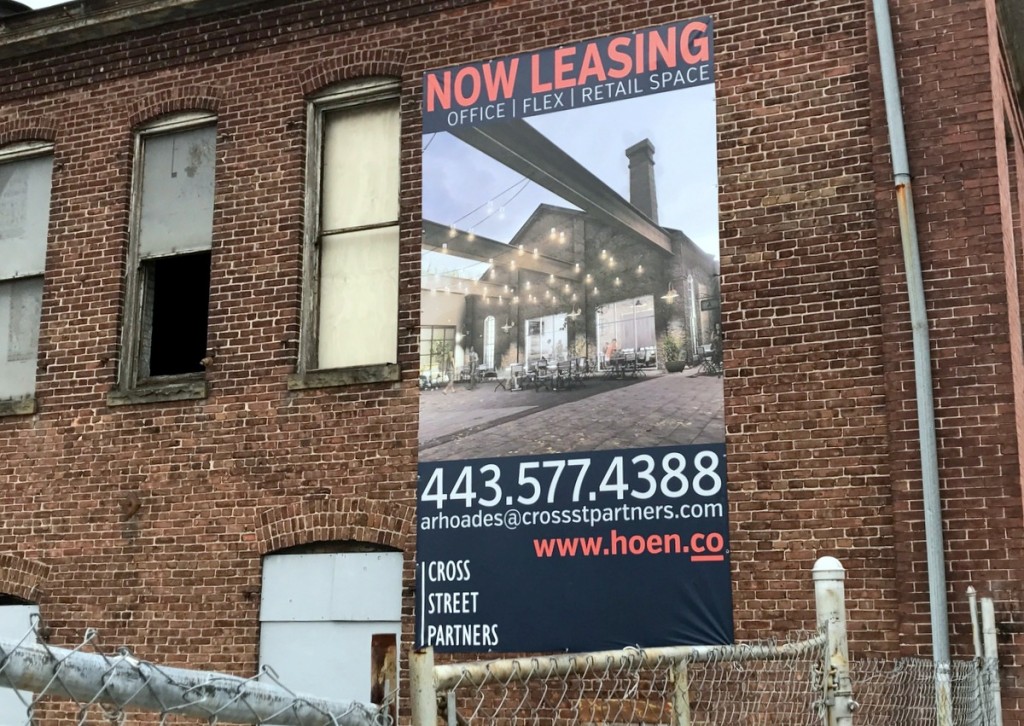 A seemingly premature offer for a building that is many years (and dollars) away from opening. (Mark Reutter)

“We’re playing the role of a community engagement partner. We want to have meetings with the community before we roll anything out to the media. Our first step is speaking with local people so they know what’s going on first.”

A rehabbed Hoen Building could serve as a catalyst for investment across the East Side, according to Stokes.

She envisions the finished complex as a critical link between East Baltimore Development Inc.’s slowly emerging new construction around the Johns Hopkins Medical Complex and the urban renewal sparked by the American Brewery complex on North Gay Street. 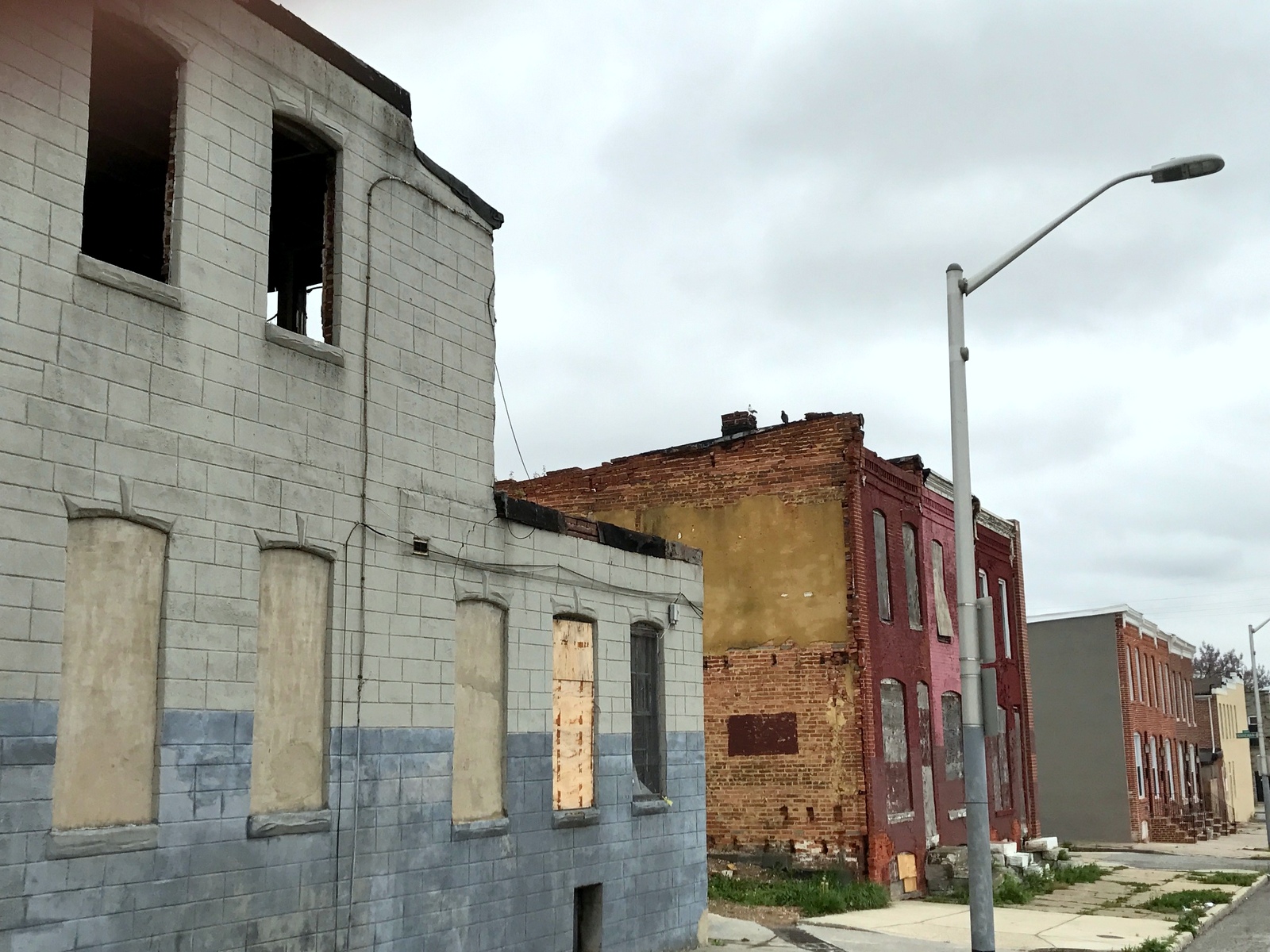