Last year by mid-March, fans of AFRAM knew who the entertainers would be at Baltimore’s annual summertime celebration of African-American culture, music and art.

This year, with eight-days to go, the entertainment line-up remains unannounced. Line-up announced 8/8/17.

Given that Pugh has decreed her first AFRAM will be “a local celebration,” it’s safe to say it won’t be featuring national acts like last year’s Grammy-award-winning headliner Common.

Across the city, reaction to the downsizing has ranged from disappointment to seething anger.

“It was a safe alternative space for the black community to gather, people would look forward to it all year. It was a beautiful, peaceful event,” said Christopher Ervin, who worked as a photographer for the organizer in past years.

More blistering were the commenters on Pugh’s Facebook page, with many noting that city festivals without a specific black-culture focus, such as the three-day Artscape and Baltimore Pride events, have not been shortened.

“Madam Mayor, you realize that you’re helping to destroy one of the few festivals that people used to come from miles around to enjoy! One day? Are you serious?” one woman wrote.

“This from a black mayor? I bet you wouldn’t do Artscape like this!” another said. “It’s been watered down to a carnival-like affair!” 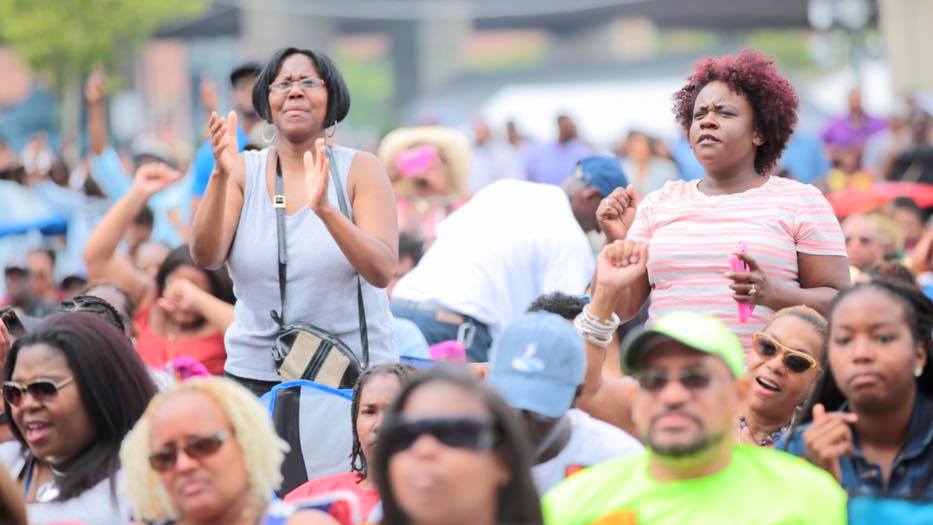 The crowd at the Baltimore African American Festival outside M&T Bank Stadium, responds to the music. (Christopher Ervin)

Pointing out that Baltimore is a majority African-American city, another concluded that “the city has lost its mind and its respect for us.”

Pugh, in the Hot Seat, Responds

It fell to director of public affairs Anthony McCarthy to respond on behalf of Pugh, who was elected last year and sworn in last December.

“We are shifting the AFRAM focus back to a local celebration of talent, culture and the arts,” McCarthy wrote in a statement to The Brew.

He said the re-styled event, scheduled to take place on August 12 from 10 a.m. to 8 p.m., will also have “opportunities to highlight city services and resources, educational advancements, job availability with the city as well as the amazing culinary diversity that is part of the African American experience.”

In his remarks, McCarthy portrayed the downsizing as a sort of experiment by a new administration.

“We are beginning with a one-day celebration and will re-evaluate following the festival,” he said. “The public will get an opportunity to share their ideas and suggestions with organizers.”

Meanwhile, he wrote, “we hope people will show up and support their city and the local artists and entertainers who will be taking part.”

Rising Costs to the City

The organizer, greiBo K Designs run by Shelonda D. Stokes, boasted on its website of having grown attendance from 20,000 to 200,000.

The festival, which celebrated its 40th anniversary last year, differs from other local festivals in that it is not run by the Baltimore Office of Promotion and the Arts, but directly by the Mayor’s Office.

(Some online listings for this year’s festival direct inquiries about vending and other matters to Pugh’s director of external affairs, Afra Vance White.)

After The Brew disclosed the festival downsizing plan in May, Pugh confirmed that rising costs for the event were her main concern.

As The Brew reported, greiBO’s yearly fees to manage the event jumped from $300,000 to $535,000. Over the multiple years of her involvement in the festival, Stokes was paid more than $2 million to design, promote and raise private funds for it.

Stokes told The Brew that she brought in sponsors, including Toyota and Pepsi, to help defray the roughly $1.2 million cost of putting on the two-day event. 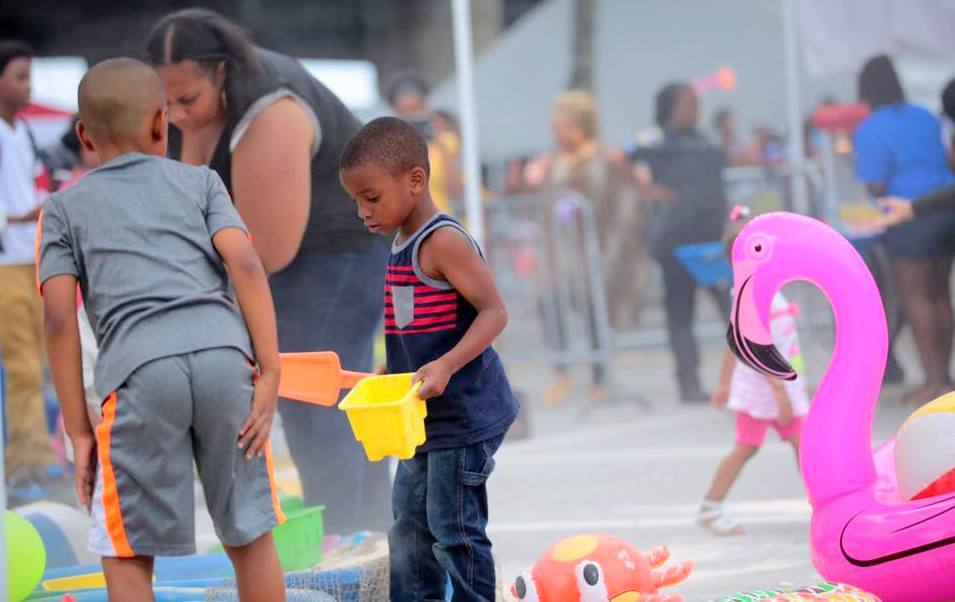 Stokes, whose contract to run the festival was not renewed this year, said she views the scaling-back of AFRAM as “a pro and con” move by the mayor.

“She’s making sure not everything is downtown,” she said. “She’s maybe looking at this fiscally and trying to use money she’s saving for something else.”

Critics weren’t buying this, with many pointing out the lack of parking at the new Druid Hill Park location.

Compared to the availability of bus and Light Rail at Camden Yards, transit options near the Park are fewer and less convenient, many also said.

Construction for water tank installation limiting some access now at Druid Lake, some noted, adds to the inconvenience.

A few online commenters praised Pugh’s choice of the park.

“Perfect for family! Druid Hill Park offers a lush green environment,” one person wrote. “Bringing AFRAM back into the city reminds our young people of the rich heritage they have, placing the celebration right in their neighborhood.”

“This was a bad decision,” said Ervin, who ran unsuccessfully for City Council in the 5th District last year, and took Pugh to task on Facebook:

“Between the gun bill and your reversal on the minimum wage, you seem to be getting even better at making bad decisions.”