Thousands flocked to the 18th annual Baltimore Comic-Con this weekend to meet iconic actors and writers for well-known comics and movies and of course to show off homemade costumes of classic and contemporary superhero legends.

Some of the notable guests included Frank Miller, the Maryland-born writer known for Sin City and the original comic version of 300, and a panel with Marvel editor Tom Brevoort and writer Mark Waid discussing the future of Marvel comics.

One theme in upcoming issues of Captain America, Waid hinted, will be a response to the white supremacist, alt-right protests in Charlottesville.

“Captain America will be traveling around the U.S., and while he might not be punching Nazis in the first issue, I promise it will happen soon,” Waid said in his panel, to the applause of a few hundred fans.

He added that fighting against racism would also be a theme in upcoming issues of Champions, a newer series that features a mix of young super heroes both new and old.

While not as big as the behemoth of San Diego Comic-Con, Baltimore’s gathering has a local feel that many cherish.

It’s not uncommon to be standing in line for a panel when suddenly someone realizes a childhood friend or co-worker is across the aisle dressed in a similarly colorful costume.

And outside the Baltimore Convention Center, Comic-Con was revisited by a mainstay of Baltimore conventions such as BronyCon and Otakon – the Ice Cold Water Man.

He was out was there today, hawking his watery wares with his catchy catch-phrase.

On a blasting hot September day, we needed him.

BELOW: Some scenes from the day. All photos for Baltimore Brew by Louis Krauss. 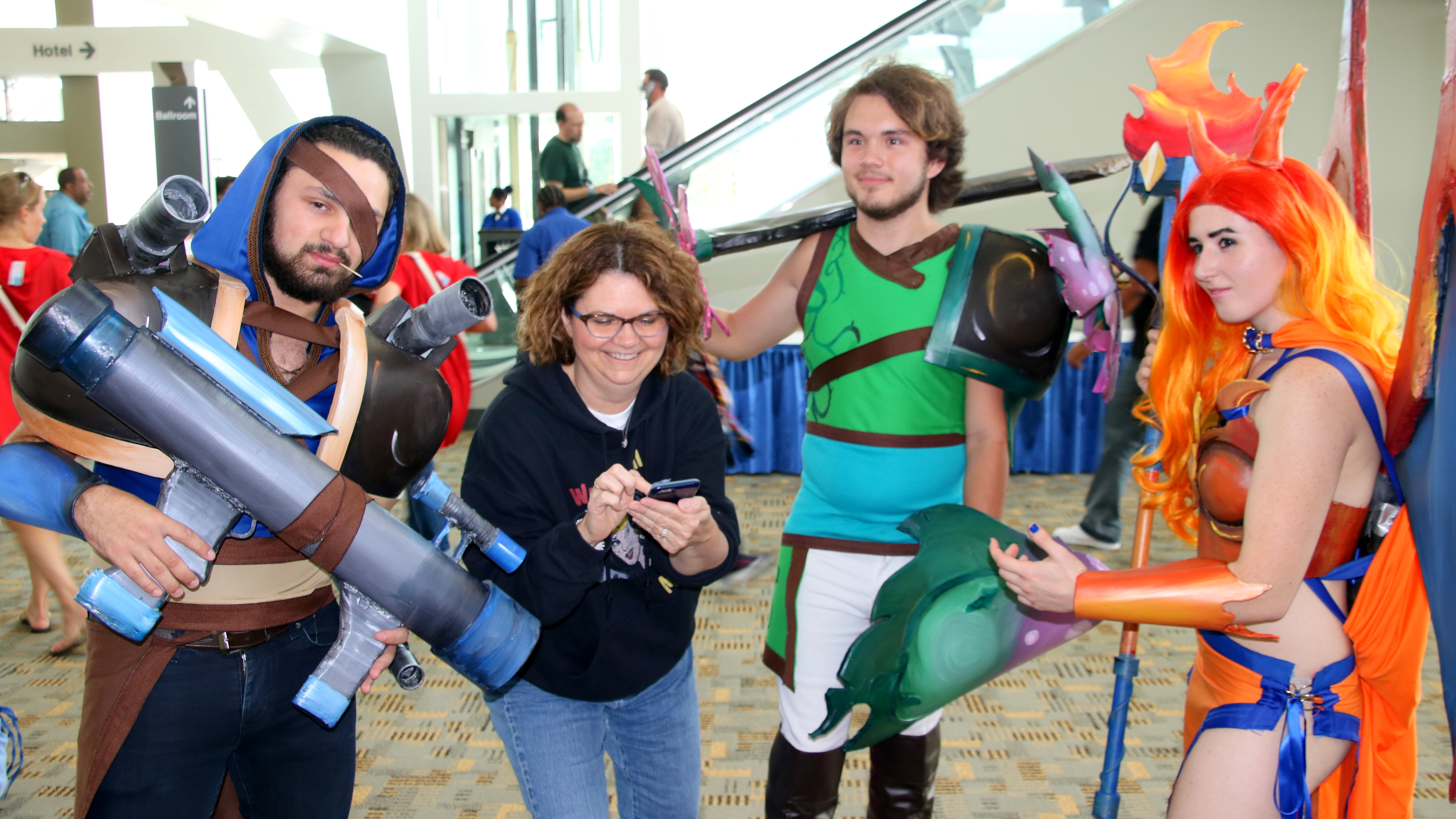 An attendee is surrounded by human versions of the Pokemon Blastoise, Venusaur and Charizard. 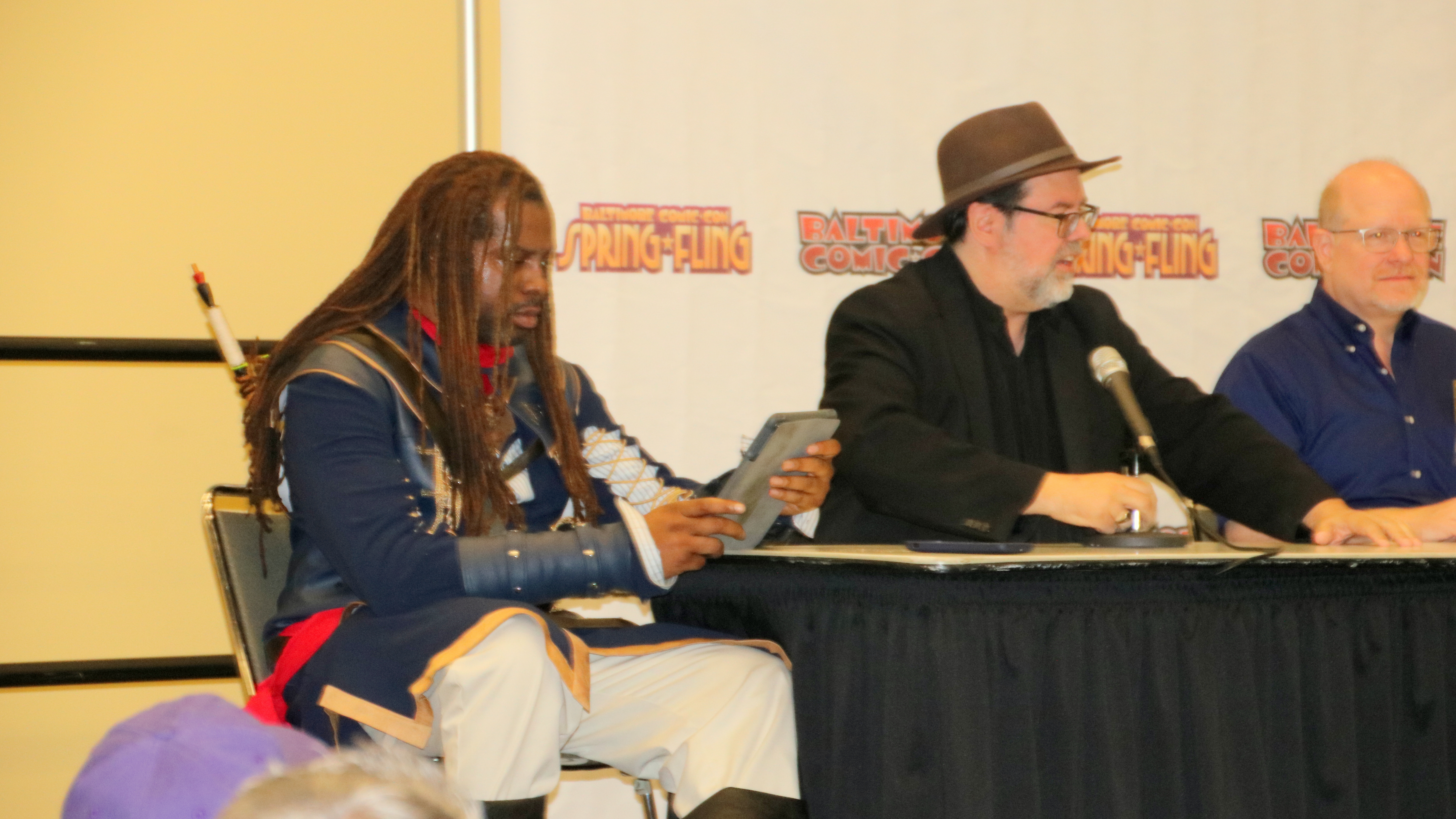 During a panel, Marvel editor Tom Brevoort (center) invited a fan dressed as Bishop to read the unreleased first issue of Marvel Legacy. 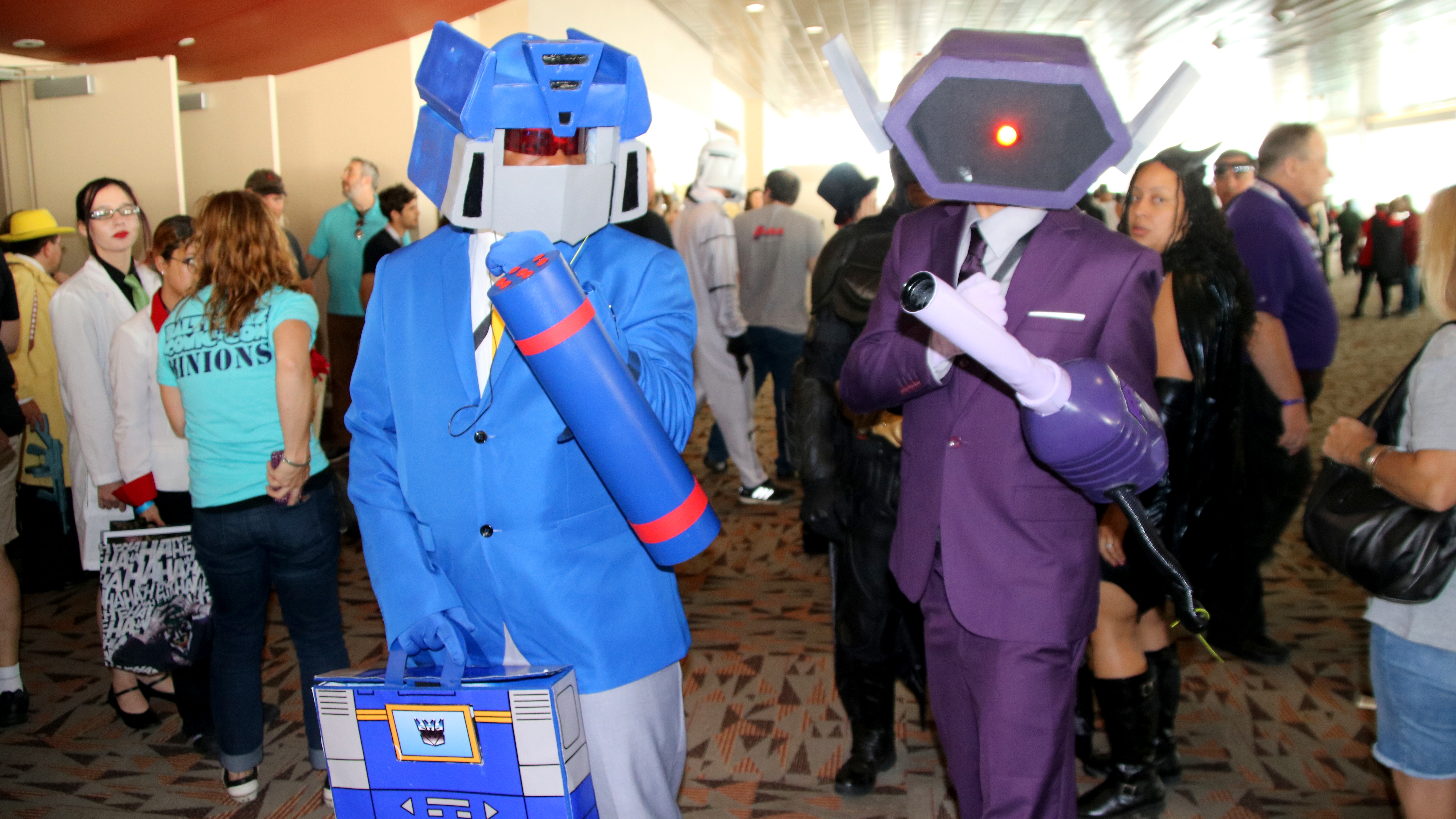 A couple of the original Transformers stepping up their game. “We’re here to be stylish,” they said when asked about the suits. 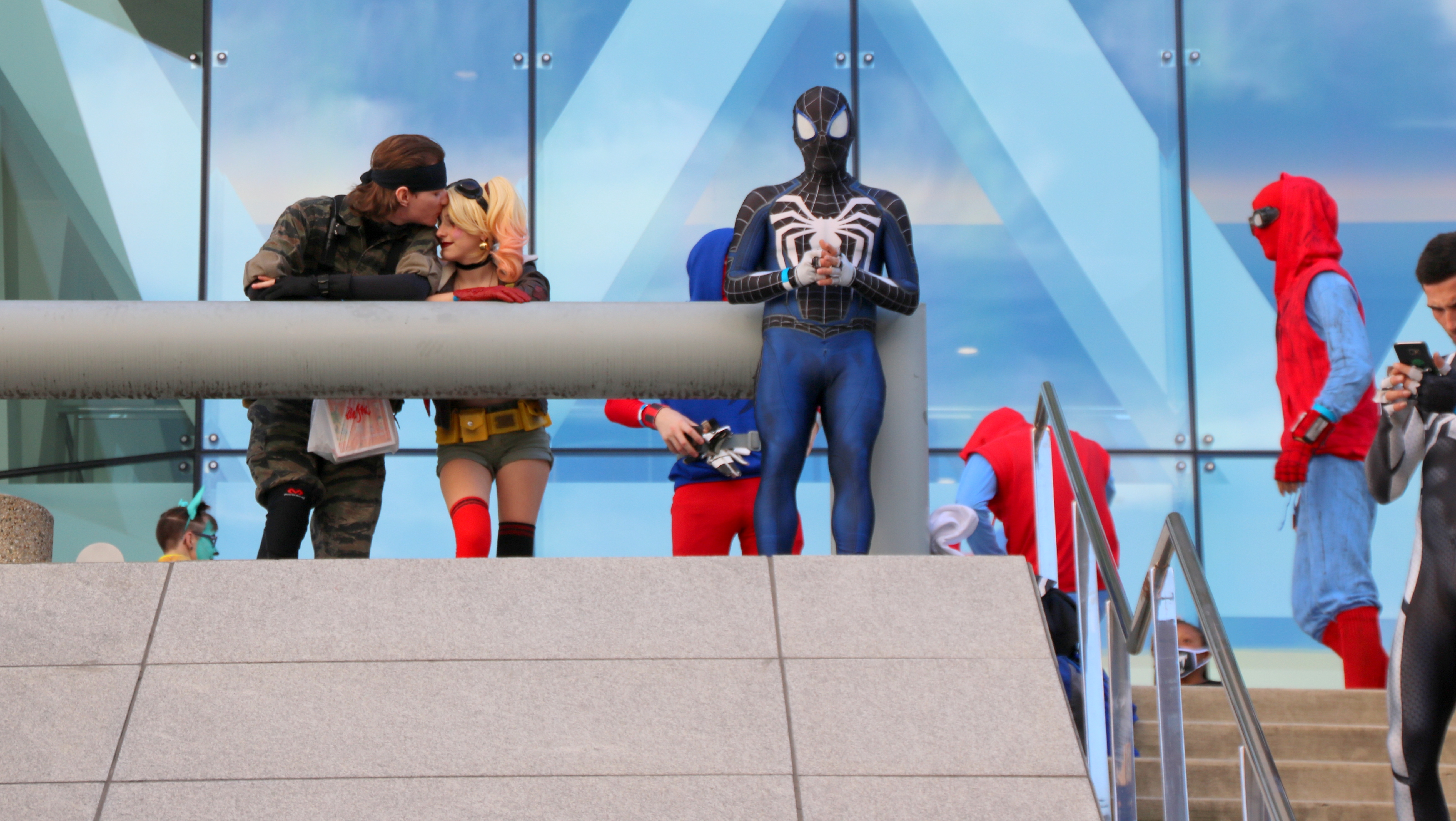 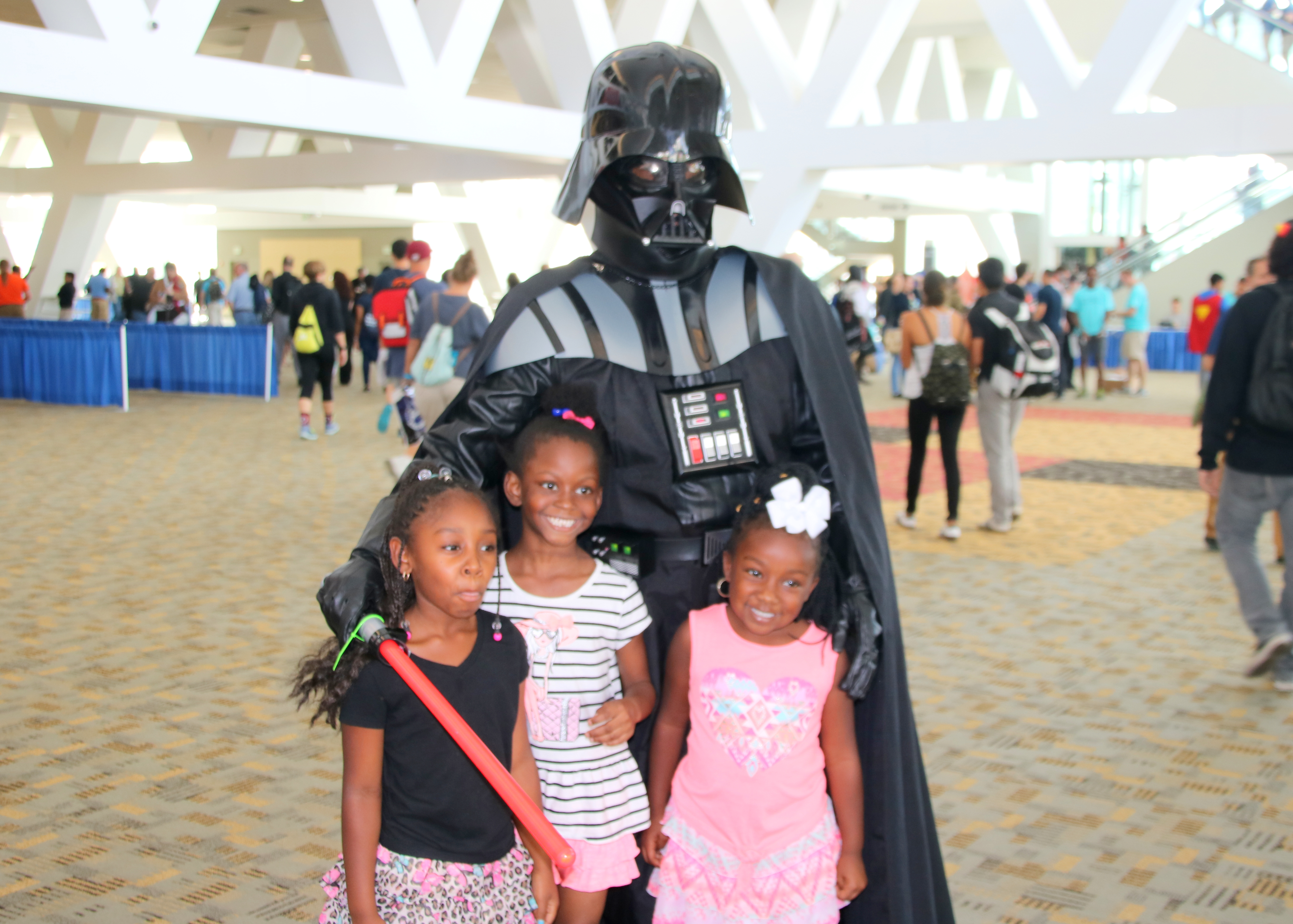 Darth Vader gets warm and fuzzy. 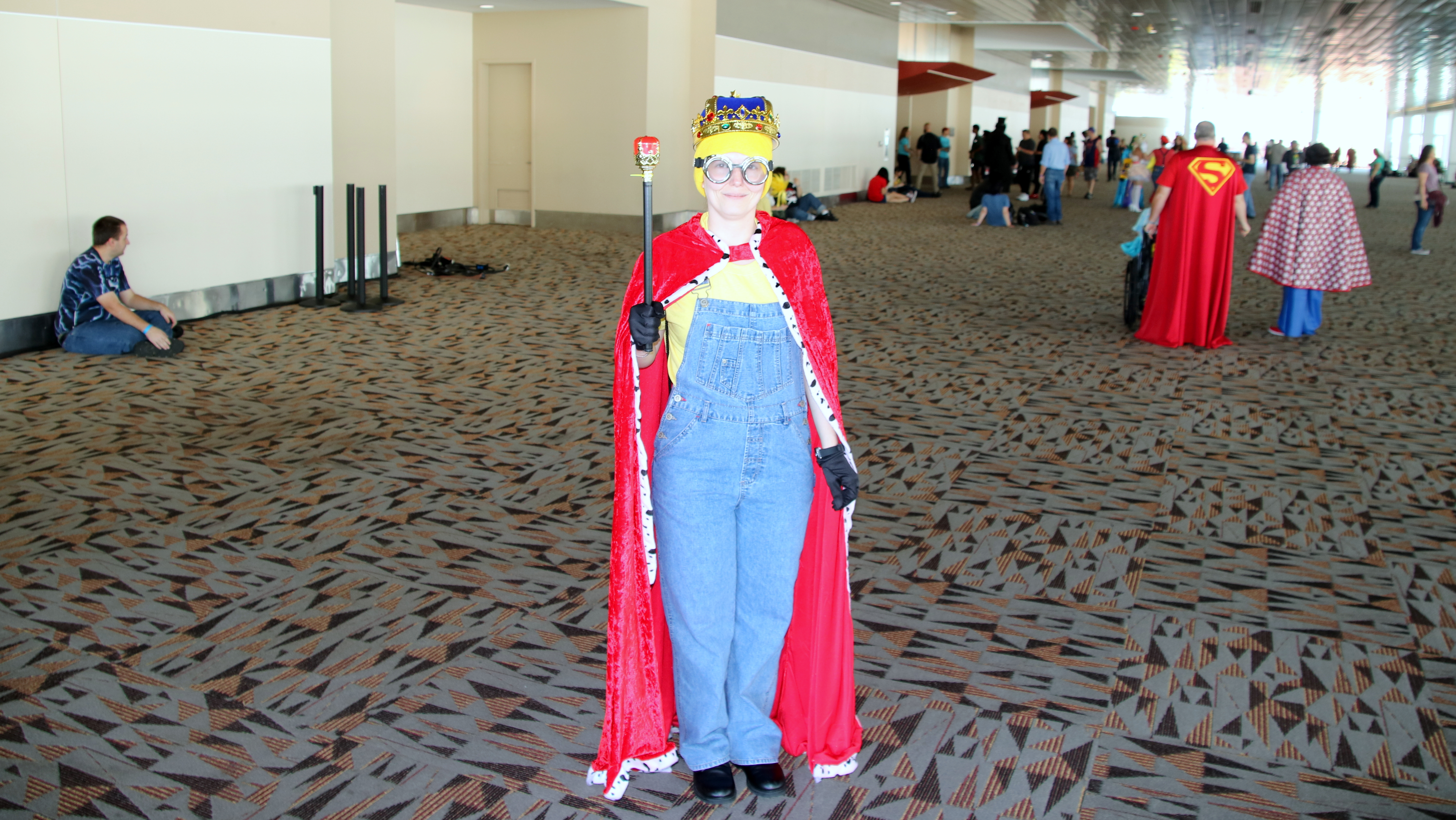