With school resuming in the midst of a brutal cold snap, the announcement by Baltimore school officials on Twitter last night was reassuring:

“School buildings were monitored for heat & water issues throughout the holiday break,”@BaltCitySchools tweeted last night. With just two exceptions, they announced, schools would open up “on time.”

But at schools across the city, students and teachers were surprised to find flooded classrooms and indoor temperatures that were barely above freezing.

“It was miserable. The kids had their coats, hats and gloves on all day,” said Jesse Schneiderman, a social, studies teacher at Frederick Douglass High School. 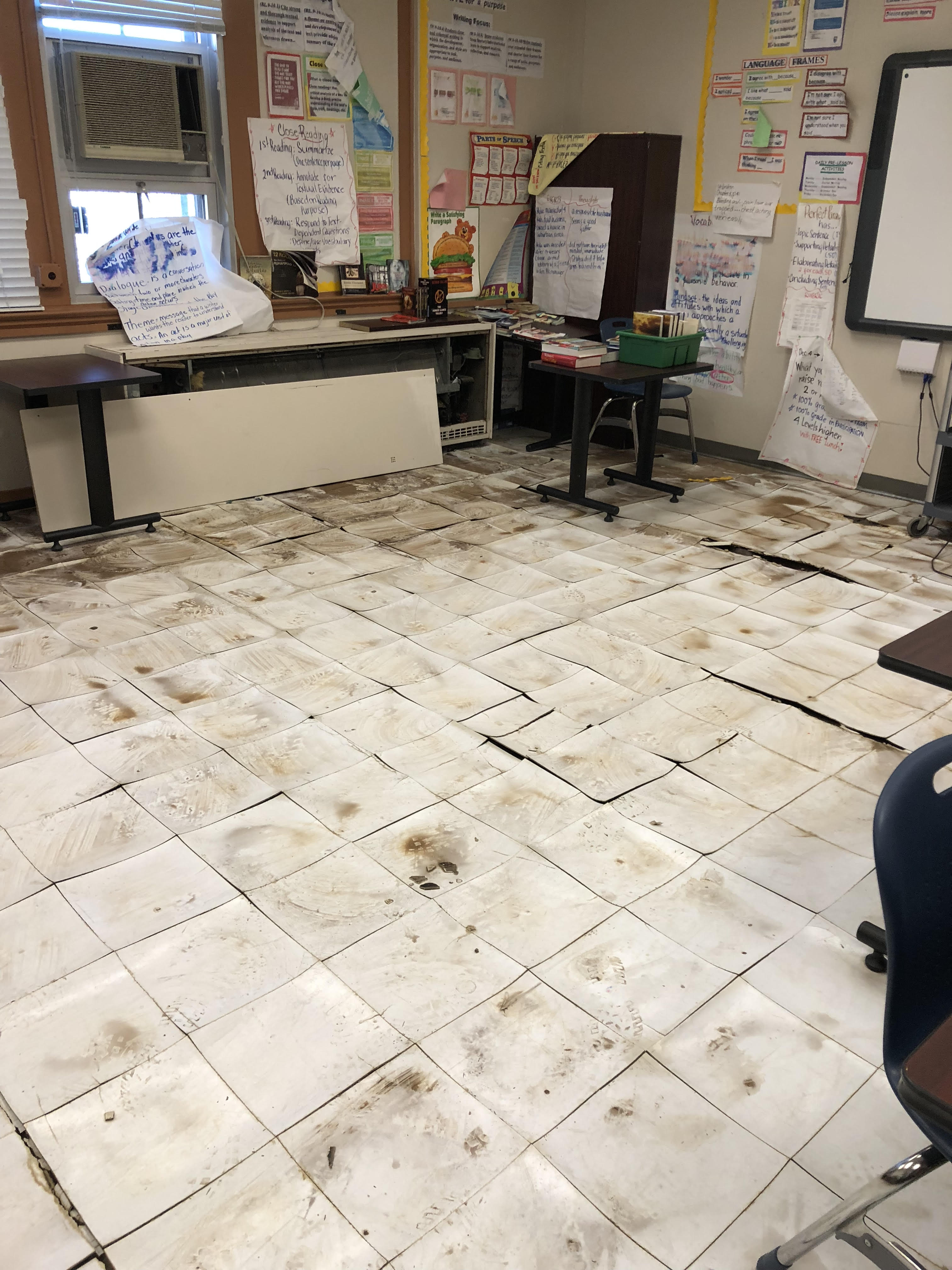 “A teacher in our basement, because her room is under the flooded classroom, lost all of her materials,” he said. “Other teachers had to teach in the library because their classrooms were too cold.”

“We were shocked we weren’t one of the schools sent home,” Schneiderman said, noting that water also damaged the wrestling room, the weight room and the room where JROTC supplies and uniforms are stored.

City Schools only closed four schools today, but social media indicates the cold conditions could be found across the city.

The Internet was flooded with outraged postings by teachers and students showing kids huddled in coats and low readings on thermometers from many more schools, including Patterson High School, City College and Calverton Elementary School.

“The highest it got here was 40 degrees,” said Jeffrey San Filippo, a seventh and eighth grade history teacher. “From 7 a.m. until 2:40 pm when school dismissed, it never warmed up.”

San Filippo said he couldn’t understand why school officials opened so many unheated schools and were so reassuring on social media.

“They even re-posted it on Twitter this morning. I don’t get it,” he said. “How do they determine what buildings will open when they have conditions like this?”

“We have some of the oldest buildings in the state of Maryland,” House-Foster said. “Trying to maintain heat with the extreme temperatures and wind chills we’ve been having is extremely difficult.”

“Our facilities teams have been working feverishly to address the problems,” she said.

House-Foster said officials try to keep schools open where possible to make sure students can receive needed services like free and reduced price meals. She said she was only aware of weather-related problems at four schools: 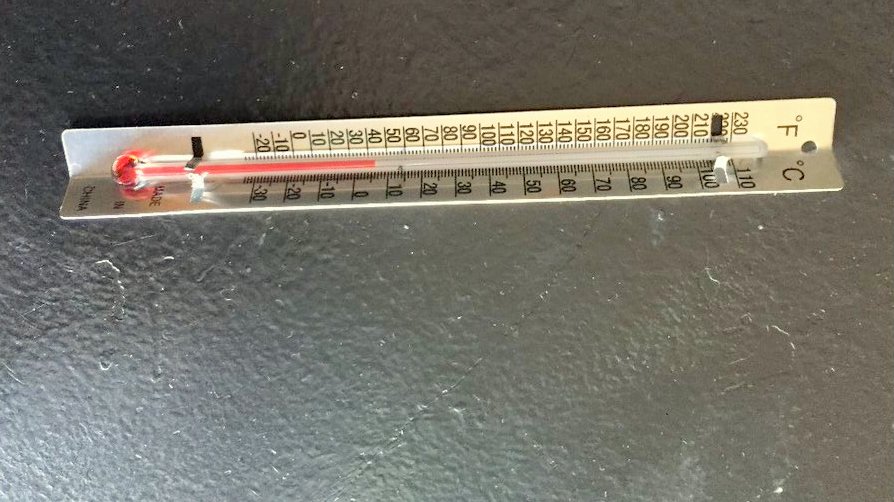 This was the temperature in Jeffrey San Filippo’s classroom today at Calverton Elementary/Middle School.

“It is not acceptable for children to be learning in freezing temperatures,”  he said. “Understanding we’re going to be in extremely cold temperatures, they’ve got to make sure schools are prepared.”

Cohen said he heard today from parents and teachers across his Southeast Baltimore district, concerned about freezing classroom.

Many students simply left or called their parents to pick them up. Those who remained coped as best they could.

At Calverton, San Filippo said, two classes with a combined roster of about 200 were moved out of too-cold second-floor classrooms into the warmer cafeteria downstairs.

“We had three classrooms crammed into a room across the hall that had heat. There were over 50 people in the room.”

San Filippo was interested to hear that teachers at Frederick Douglass were using space heaters supplied by the school. “I might go on Amazon and get one too,” he said. “It’s entirely too cold for students to learn and professionals to work.”

At Patterson High School, teacher Jim Ritter used a space heater to get the temperature up from 37 degrees to just 46 degrees by 12:30 p.m.

“We had three classrooms crammed into a room across the hall that had heat,” Ritter said. “There were over 50 people in the room.”

“We had students tell us all day they just weren’t able to concentrate,” he said.

With too hot or too cold classrooms a recurring problem at Patterson, teachers there formed a committee to advocate for their building with the central office.

But Ritter said no teacher should have to do that.

“With all the challenges we face throughout the day,” he said, “assuring that we have a reasonable climate in the building should not be one if them.”

Schneiderman said he was incensed by a system that would force children to attend schools in such poor condition.

“Over the winter break, facilities staff monitored schools to check on heating systems, plumbing, and electricity. Numerous problems were identified and resolved. Unfortunately, with the extreme temperatures, new problems can emerge quickly.

“Our priority is always to open buildings whenever possible. We want students to have every possible opportunity for teaching and learning, and we also want to make sure that students can get the services and supports that many families rely on – for example, warm meals and before – and after-school care.

“We have many schools with leaky windows and outdated heating systems that have a hard time keeping up. With extreme temperatures, we have the added challenge of freezing pipes and water main breaks.

“Our facilities staff are on call around the clock to address these problems and make buildings as comfortable as they can be. In some cases, we rely on principals to relocate or combine classes when specific areas of a building have heat or water problems.

“Only when problems affect large portions or all of a building do we make the decision to close the school. This occurred with the schools that were closed today.”