Just as in the frontier days of the old west, Amazon’s Jeff Bezos must have looked at Kevin Plank’s Port Covington and decided, “This town ain’t big enough for both of us.”

Thus, Baltimore was out of the running for Amazon’s $5 billion second headquarters (HQ2) as the e-commerce giant last week whittled down its candidates’ list to 20 locations.

The Port Covington proposal was probably unique among the 238 proposals submitted to Amazon in that it was a subplot to an already fully formed plan pushed by Under Armour CEO and founder Kevin Plank.

Mayor Catherine Pugh and Baltimore Development Corp. CEO William H. Cole even claimed the Amazon proposal wasn’t their idea, thereby absolving themselves of any obligation to vet it with the public.

Some commentators, like Plank’s tenant The Baltimore Sun, insisted that such a preordained “shovel-ready” development was a unique advantage that would vault Port Covington to the top ranks of Amazon’s search for space.

Even before the HQ2 semifinalists were announced, Port Covington’s preordained nature was looking shaky.

The Sun pointed out that the site had all the necessary approvals for $660 million in city TIF (tax increment financing) to be spent to support Plank’s vision – as if Bezos was unable or unwilling to negotiate his own terms.

Even before the HQ2 semifinalists were announced, Port Covington’s preordained nature was looking shaky.

UA stock has shed billions of dollars of value since mid-2016, and expansion of its proposed world headquarters at Port Covington has been delayed. 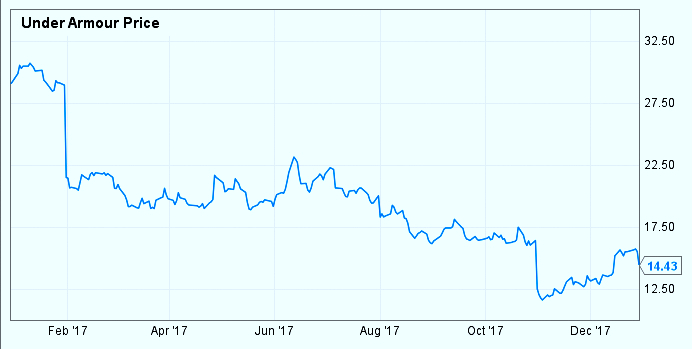 Ironically, there are miles of additional vacant waterfront land in the immediate vicinity, including Plank’s own Westport property, as well as southward through Cherry Hill and Brooklyn. But these were not part of Mayor Pugh’s sales pitch.

Nor was a proposal by the Old Goucher Community Association for a corporate hub spread across culturally rich central Baltimore that earned the mayor’s wrath, who said there would only be one Amazon proposal from city government – Plank’s.

(Funny how in Baltimore, just like in those wild west towns, there’s never enough room for two sheriffs.)

The cities that made Amazon’s top 20 shortlist didn’t emphasize such limitations. Montgomery County, Maryland’s only semifinalist, didn’t put a focus on one site – or even on a finite number of sites.

Bezos doesn’t want to be held captive to someone else’s development model that may not conform to its own vision.

Amazon’s list includes big cities with lots of resources and diversity, such as New York, Chicago and Los Angeles, as well as smaller cities where the online retailer could be the big fish in a small pond, like Columbus, Nashville, Pittsburgh and Indianapolis. 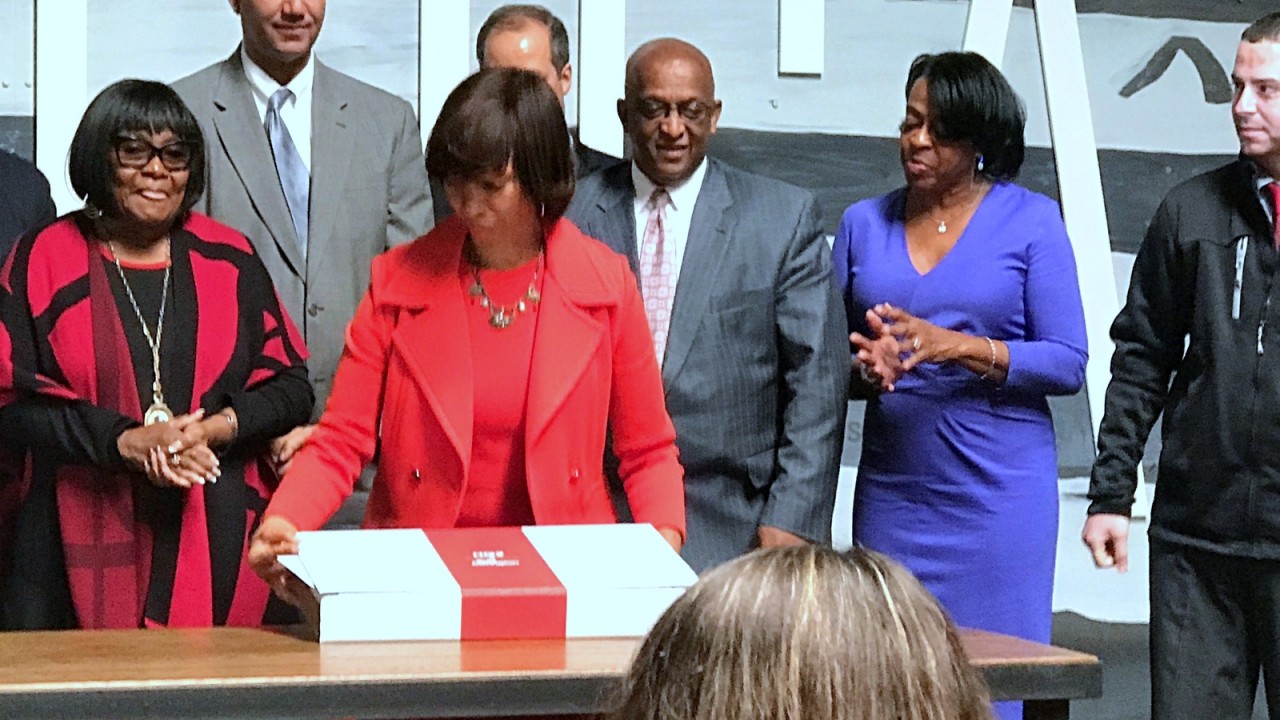 Then there were cities like Austin, Boston and Raleigh where higher education and a technically proficient workforce were key factors in making the cut.

In all, six cities or counties located between northern Virginia and New York City were selected as semifinalists. They included Washington D.C., Philadelphia and Newark, N.J. – making Baltimore’s omission all the more painful.

The bottom line apparently was this: Amazon is a brand of revolutionary ideas and soaring expectations.

Years ago while Baltimore was looking at Port Covington as the site of a newsprint plant and a now-defunct Sam’s Club and Walmart, Bezos saw the future of retail commerce and mass communication belonging to the digital domain. 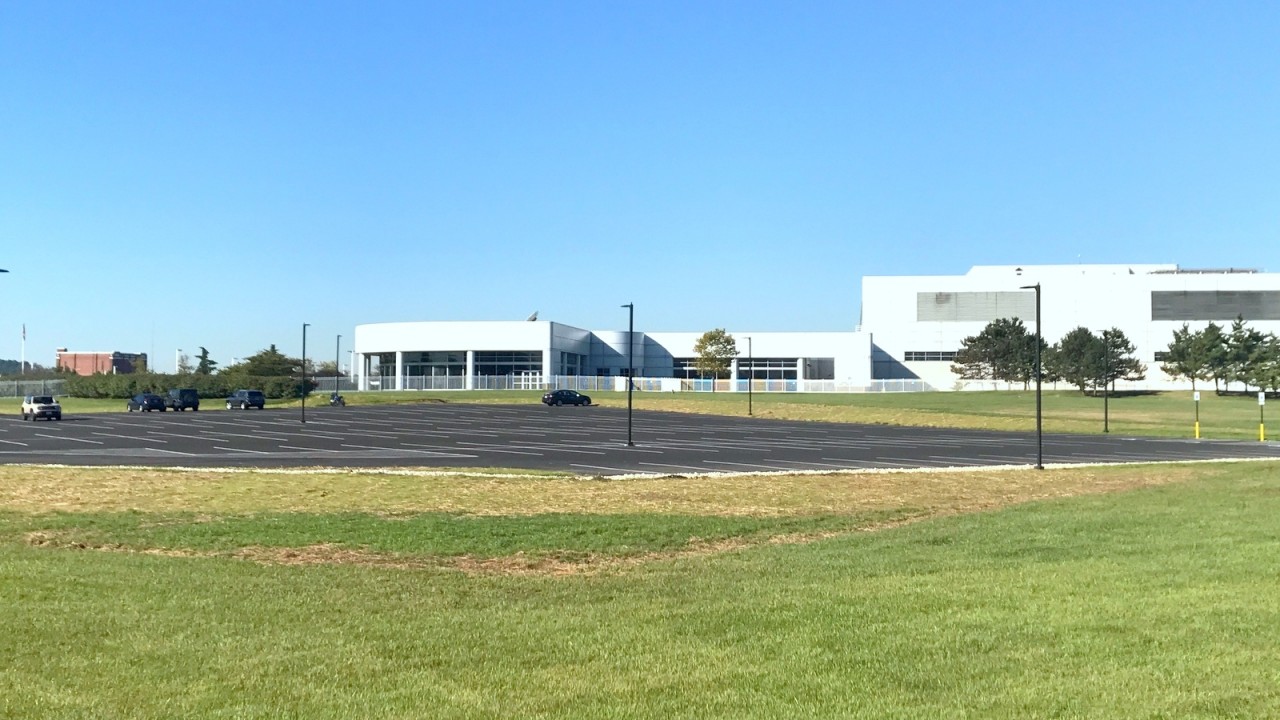 Characterized by empty fields and an equally empty parking lot, the Sun printing plant at Port Covington was earmarked as the likely site for HQ2, which Amazon rejected last week. (Mark Reutter)

Now a giant among retailers, Bezos doesn’t want to be held captive to someone else’s development model that may not conform to his own vision.

Meanwhile, Baltimore has become a city where last year’s “game changer” is always being crowded out by this year’s sure-fire “winner.”

For several decades, the problem has been how to slice a pie that’s been squeezed into a shapeless bun by the constricted view of City Hall and its backers.

There is, in fact, plenty of room for everyone to pursue their own vision. But that will only happen if local leaders encourage residents and newcomers alike to spread their wings instead of letting backroom deal-making determine who’s to be the top sheriff in town.
_____________________________

Gerald Neily, a retired transportation planner at the Baltimore Planning Department, is a contributor to The Brew and guiding light  behind Baltimore InnerSpace.