Psst, looking for some fresh research and advocacy about a part of town that’s mostly ignored – the South Baltimore communities of Curtis Bay and Brooklyn on the “other” side of the Patapsco River?

A big batch of info was made available at Benjamin Franklin High School last week.

Working with the United Workers group “Free Your Voice,” the students  identified a number of local issues to focus on: housing, trash, public safety, food access and pollution. They were guided by Albina Joy, head of the school’s science department, and Nicole Fabricant, a professor at Towson University.

After working on these subjects for the last year, what did they find?

Some insights into the surplus of vacant houses in their once-bustling industrial working-class neighborhood, said United Workers organizer Greg Sawtell, one of the adults who helped guide the research.

“They found that the housing market in Curtis Bay is weak,” he said, and the city is reluctant to “invest code enforcement resources when the question about development activity on the other end is in doubt.”

About 50 people, including residents and city officials, came to see them present their findings. 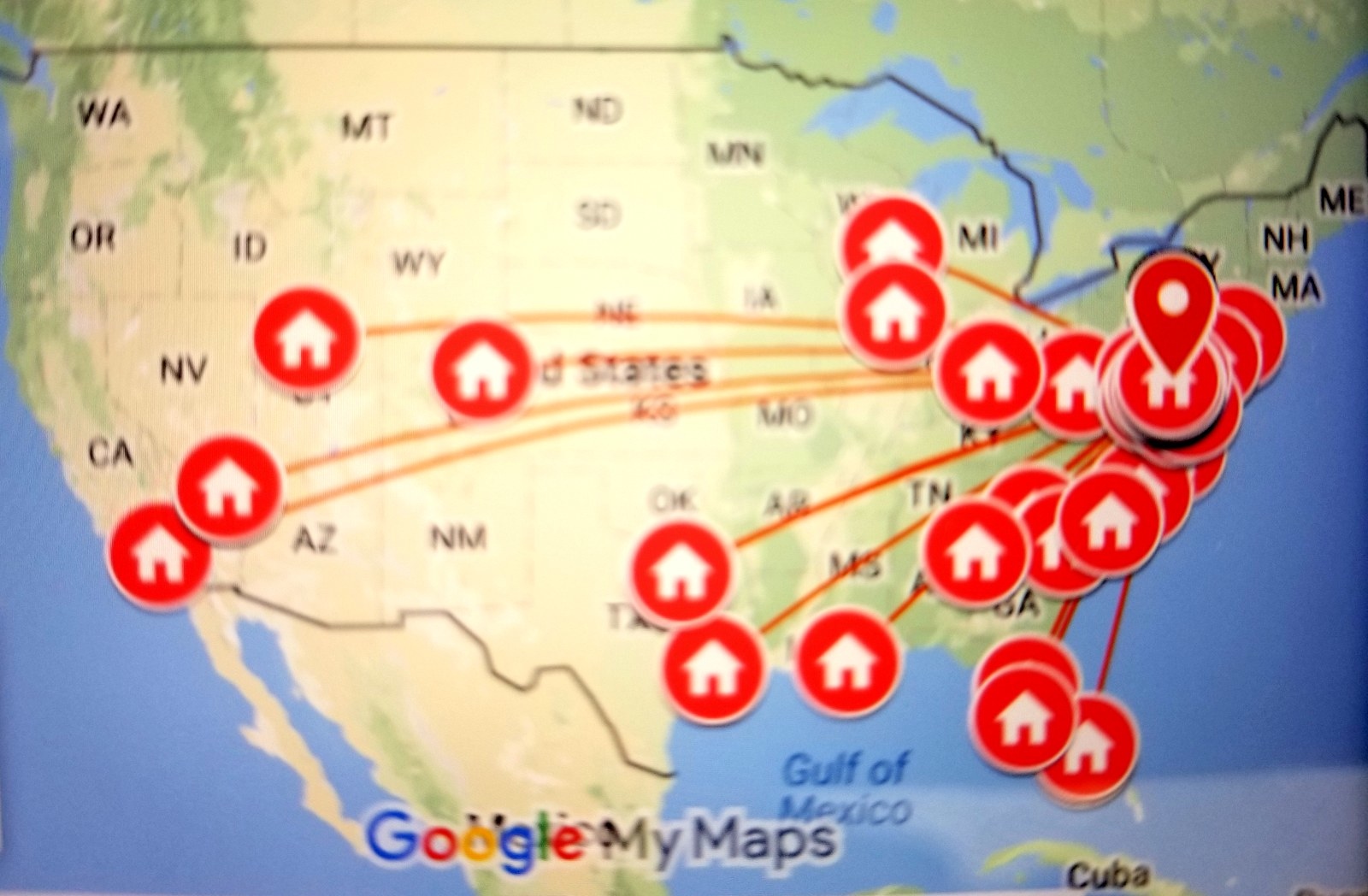 Who owns the vacants in Brooklyn and Curtis Bay? A graphic of the locations of the owners of 517 vacant houses with outstanding code violations. SEE LINK BELOW. (Student Community Action Research)

One project that helped them understand the blight better was a map the students created showing 517 vacants with outstanding code enforcement violations.

“There’s information on these owners, many of whom are out-of-state,” Sawtell said.

Another project was a video the students produced about residents who were displaced by the fire that destroyed 10 homes on Hazel Street last summer.

Can we do Development without Displacement? from Free Your Voice on Vimeo.

Sawtell and Free Your Voice activist Destiny Watford are working with the students as a way of building community development efforts into the structure of the high school.

“We are on track for this to be a dedicated course for which students will get college credit though Towson University,” Sawtell noted.

He said there is a strong movement for development without displacement. “What the community is calling for is for the city to make a serious commitment and investment in the form of the Affordable Housing Trust Fund.”

“This neighborhood has a vision and a plan,” says an advocate. But does it have the backing of the mayor and City Council?

Earlier this year, a bill was introduced in the City Council that would jumpstart the anemic Affordable Housing Fund through an increase in the property transfer tax.

Winning initial across-the-board Council support, the bill, 18-0221, has yet to be scheduled before a committee, the first concrete step toward enactment.

Meanwhile, Housing Commissioner Michael Braverman, under pressure from activists, has indicated that his agency would provide some operating support and work with local residents on the receivership process.

Getting the Council and Pugh administration on board is important, Sawtell said, because “this neighborhood has a vision and a plan.”