To begin to understand what’s so unusual about Nate Loewentheil’s primary bid, take a look at these locations:

They are the first 12 entries in the most recent fundraising report for the first-time candidate, who is running for a House of Delegates seat in the 46th District of southeast Baltimore

Of the 62 contributions for the three week period ending June 10, only 13 come from Baltimore. (The largest of these: $1,000 from the local Fraternal Order of Police.)

All of which brings the 32-year-old’s fundraising total to an almost unheard-of level for a Maryland delegate’s race: $431,293.

Loewentheil’s fundraising prowess is just one of the arresting details in a hefty feature on the race published this week by The Intercept.

Author Rachel M. Cohen takes a deep dive on the unusual match-up, a sleeper for much of local media.

She explains how the race has been playing out in a corner of the city that is more white, more affluent and more Trump-inclined (judging by the 2016 election results) than Baltimore as a whole. Crime concerns run high amid continuing violence following a bloody 2017, Baltimore’s deadliest year on record.

Loewentheil has made public safety the centerpiece of his candidacy, with a crime plan calling for more police walking the streets, full funding of violence-averting programs like Safe Streets, improved street lighting and the use of “predictive policing,” among other measures.

In one op-ed he says he opposes “zero-tolerance” policing, but comes out in favor of mandatory minimum sentencing, suggesting a way to moderate the strategy. 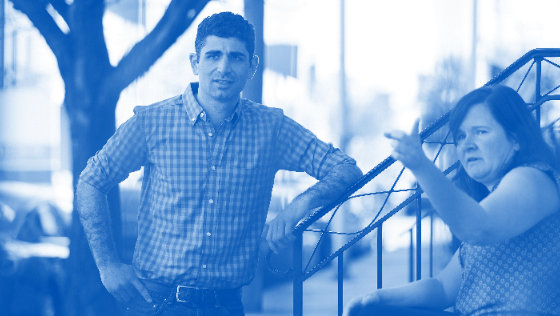 A page from the Crime Plan released by Nate Lowentheil’s “Nate for State” campaign.

Online, Loewentheil has been denounced for running a campaign that his critics call fear-mongering and race-baiting.

“The wave of crime and violence has got me really reconsidering whether I want to raise a family here,” Loewentheil’s treasurer says, in an online video ad that his critics found tone deaf.

“Putting a white guy into a video pontificating about how he wants to leave the city because it’s so awful and the only thing that can save it is a vote for Nate is so 1968,” Brian Gaither wrote on Facebook.

“How many Black families feel the same way, but never get a voice?” he wrote.

Some have responded on social media, defending Loewentheil’s ad. “What exactly about what this person said is untrue. Look at the new census count,” one said in Facebook. ” People are leaving the city in droves. Typical response. Ignore the problem.”

[AFTER PUBLICATION HE ADDED: “People want to feel safe walking around at night, want their kids to be able to play in the park, and want the bloodshed to stop. The concerns about crime and violence in this city are coming from voters – black, white, rich, poor, young and old.” On mandatory minimums, he notes that Team 46  “all voted for mandatory minimums (SB 101) this past spring.”]

He answered several other questions from The Brew in an email.

He noted that the are running as a unified slate, called Team 46, and have fundraising totals that add up to more than half a million dollars.

The incumbent members of the 46th District House of Delegates are Luke Clippinger, Brooke Lierman and Robbyn Lewis. (Team46md.org)

“15 Years as a Progressive”

Born in Baltimore and raised largely in Baltimore County, Loewentheil is a Yale University and Yale Law School graduate. After the death of Freddie Gray in police custody in 2015, he took over a task force aimed at bringing federal resources to Baltimore.

Asked about criticism of him as a “carpetbagger,” Loewentheil said his funding from non-Baltimore residents reflects “15 years as a progressive political organizer and policy advocate.”

He cites the Roosevelt Campus Network that he founded as a college student and four years in the White House as sources of his out-of-state contacts.

“Through that work, I’ve earned the trust and support of people around the U.S.,” he said.

The widespread belief in the 46th, as Cohen reported, is that Loewentheil is hoping to edge out the incumbent with the briefest time in office – Lewis, who is the first African American to represent the 46th in Annapolis.

A University of Chicago graduate with a master’s from Columbia University, Lewis has been a research coordinator at the Johns Hopkins Bloomberg School of Public Health and a widely-respected community activist. She was appointed in 2016 to fill the vacancy created when Delegate Pete Hammen joined Mayor Catherine Pugh’s administration. 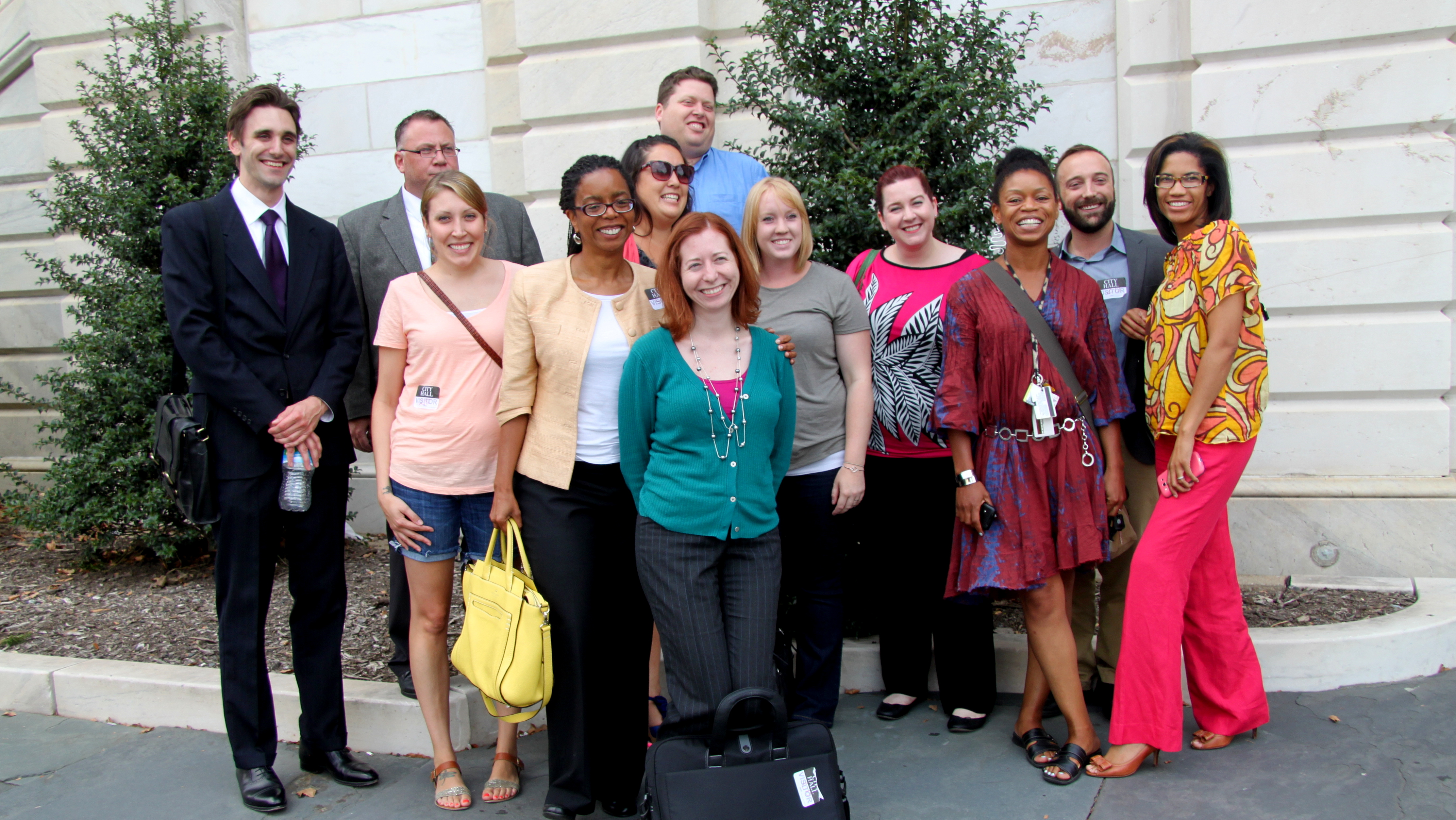 Patterson Park residents outside City Hall after a victory before the Liquor Board. Robbyn Lewis is fourth from left. (Photo by Fern Shen)

Lewis said Loewentheil’s attacks on the crime issue have felt personal and race-related.

“It’s really strange to be a black person and have a white person accuse you of being indifferent to crime,” she told The Intercept. “It’s a way of saying that you like crime, you tolerate crime. It’s a dog whistle, it’s a way of triggering fear in a certain population of this district.”

Loewentheil denied that he is targeting her. “I have not sent a single mail piece or made a single public comment targeting Robbyn,” he said, noting that he is running on a slate with another Democratic candidate, Dea Thomas.

Hustle and a PAC

Loewentheil offered responses to other criticism he has picked up. Several district residents said they were surprised – and annoyed – when texts popped up on their cellphones from the “Nate for State” campaign.

He was using “Hustle,” Loewentheil told The Brew, describing it as “a new technology widely available and, in fact, promoted by the Maryland Democratic Party for all candidates.”

What about his use of an unregistered Political Action Committee? That, he said, was due to a minor mistake that was promptly corrected.

“There was a mix-up with the State Board of Elections that led to a two-day delay in them publicly registering a joint Nate-Dea political committee. That’s all,” he said.

“Every piece of mail has been clearly labeled with our slate name and my office address.

And what of Lowentheil’s contributions from people affiliated with Palantir Technologies, Inc., the data-mining company that assisted Cambridge Analytica in harvesting Facebook to disrupt the 2016 U.S. presidential election.

“I received a few donations from friends that happen to be employees of Palantir,” he said.

The Brew identified $9,000 in contributions from these sources.

He added that he has “no personal ties” to the company or its billionaire founder, Peter Thiel, and has received no contributions from Thiel. 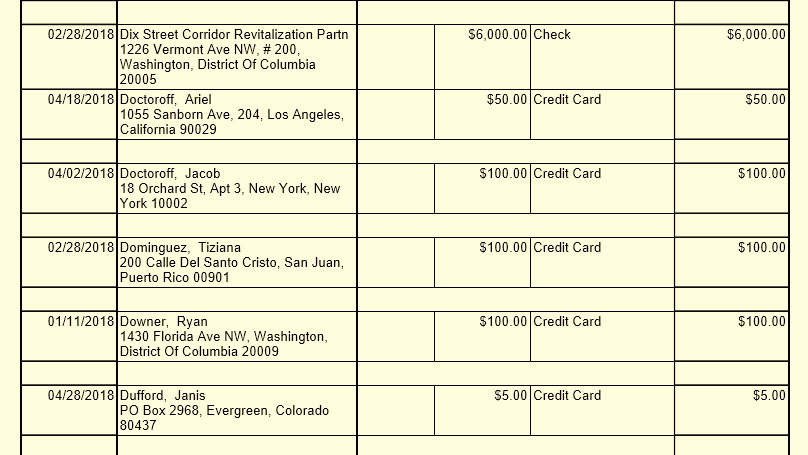 A page from Loewentheil’s campaign report showing the geographic spread of his contributors. (Maryland Board of Elections)