An unprecedented 45 million gallons of sewage water were released into the Jones Falls and Inner Harbor during last week’s heavy rains, the Department of Public Works announced today.

The updated total, issued via a press release required by state environmental regulators, is 4½ times the amounts estimated by the agency on Friday.

The latest data covers the period of Saturday, July 21, through Wednesday, July 25. DPW spokesman Jeffrey Raymond said the prior press release did not include Wednesday’s total.

Another fierce storm struck Baltimore Friday evening (July 27). The sewage discharged as a result of this storm was not included in today’s figure.

DPW did not give a detailed breakdown of how much came from “structured outfalls” where most of the raw-sewage-mixed-with rainwater flows into the Jones Falls, which empties into the harbor between Pier 6 and Harbor East.

Nor did it provide information on the number of basement sewage backups experienced by city residents and businesses over the last week.

Health officials warn the public not to come in contact with water in the Inner Harbor or other waterways, many of which have elevated levels of bacteria and other contaminants.

The city’s two main sewage outfalls are at 1901 Falls Road and 428 East Preston Street. Both convey wastewater into the Jones Falls to relieve pressure on the city’s antiquated sewer system.

No data on the number of basement sewage backups experienced by city residents and businesses.

“Most” of the sewage overflow reported by DPW today came from the Preston Street outfall, Raymond told The Brew.

Asked for more specifics, he said “a little over half” entered the stream via Preston Street.

The Falls Road overflow pipe (No. 67) dumps its contents directly into the Jones Falls just north of the Baltimore Streetcar Museum; the Preston Street pipe (No. 72) is an underground structure not visible to the eye.

Last Tuesday, The Brew observed sewage spewing out of six manhole covers near No. 67, covering Falls Road with four to six inches of murky liquid.

And while mixed with rainwater, the liquid contained sewage plain and simple: This reporter’s sneakers became so scented with fecal odors as they dried out that they had to be tossed. 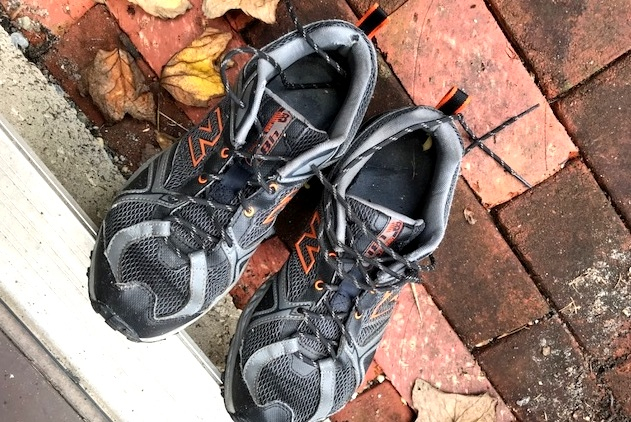