The conclusion that Detective Sean Suiter’s death was a suicide has dominated headlines this week, overshadowing the review panel’s performance on its other significant task:

To examine the way the Baltimore Police Department handled the November 15 incident on the day it occurred and in the days that followed.

This includes the week-long “lockdown” of the Harlem Park neighborhood where Suiter was shot. The BPD’s stops, searches and pat-downs sparked anger in the community – and an outcry by the American Civil Liberties of Maryland.

But the Harlem Park episode gets just three pages in the Independent Review Board’s 207-page report. Residents are described as having almost no complaint, when asked about the matter.

“The near unanimous response was that [the BPD officers] conducted themselves courteously and professionally,” the IRB report stated, summing up a single visit in which members spoke to five residents and three “persons of faith.” One woman is quoted describing her fear that officers who entered her house would shoot her dog.

“Officers had to find food on their own, travel to Western District headquarters to get a meal, or stop at a church or firehouse to use the bathroom.”

The report devotes nearly as much space to criticizing the agency for failing to provide enough meals and breaks for the officers working in the area where Suiter was shot and staffing the perimeter checkpoints.

“Officers apparently had to find food on their own, travel to Western District headquarters to get a meal, or stop at a church or firehouse to use the bathroom facilities,” the report says, describing complaints made by union leaders.

To be better-prepared for future critical incidents, the report recommends, “BPD should engage in formal agreements with charitable organizations, such as the Red Cross or Salvation Army, or big-box wholesale vendors to provide food and beverages.”

So did the BPD officers act appropriately when officers stopped and prevented people from getting to their own homes that week?

“To avoid overlap, the IRB has not analyzed this issue,” the report explains, pointing to a document produced by a different entity and “incorporating it by reference.”

Citizens line up last November to complain about unconstitutional behavior by Baltimore police following their cordoning-off of Harlem Park after the fatal shooting of Det. Suiter. (Fern Shen)

The report they reference was released in July by the team created to monitor BPD’s compliance with the federal government’s constitutional policing consent decree.

Based on interviews and reviews of body-worn camera footage, its authors conclude that the BPD in Harlem Park “likely took actions inconsistent with the Consent Decree.”

Even though reforms to BPD’s practices “have not been required yet,” the Monitoring Team urges the agency to begin addressing them, summing the matter up this way:

“It furnishes a lessons-learned opportunity.”

These issues are part of the report’s lengthy and detailed discussion of policy and procedure lapses, along with recommendations on how to remedy them. Much attention is paid to the fact that no Incident Command System (ICS) was set up in the immediate aftermath of Suiter’s was shooting.

This lapse “led to confusion and interfered with or delayed the coordination of tactical search operations,” the report observed.

It’s not the first time BPD has been faulted for such a lapse. After a fatal 2011 “friendly fire” shooting outside the Select Lounge, the agency was told it should employ this half-century-old strategy for handling complex law enforcement incidents.

A review panel staffed by CNA Consulting, the same company that led the Suiter case review.

The same recommendation to develop an Incident Command System has been given to the BPD time and again, according to the report. It was included in the agency’s Standard Operating Procedures, in its Response Guide to Critical Incidents (issued after the Select Lounge tragedy), and in the After Action Report issued after “the 2015 civil disorder following the death of Freddie Gray.”

Similar recommendations were made by the Fraternal Order of Police Lodge 3, which represents BPD officers, and by three Johns Hopkins University faculty members.

Given warnings in no fewer than five reports, the report said, “it is not easy to understand the continued reluctance of BPD to implement a formal ICS at these types of incidents.”

Suiter’s gun “was placed in the trunk of a patrol car . . . the moment the weapon came into view.”

Other BPD errors during the Suiter matter are highlighted as well, including irregularities in the handling of evidence.

The authors say Suiter’s gun, for example, should have been photographed at the scene “prior to swabbing the barrel.”

Instead, the weapon was removed from the scene and placed in the trunk of a patrol car, the report said.

Officers secured the gun “the moment the weapon came into view,” the authors note, acknowledging there might have been a safety concern. “The security of the weapon could have been maintained until it could be properly recovered by the Crime Scene Unit.”

There was no record of where the bullet that killed Suiter was found, the seven-member panel pointed out.

Also not photographed was the blood inside Suiter’s shirt-sleeve, a key part of the conclusion that Suiter shot himself. A panel member had to ask that the shirt be retrieved so a photo could be taken.

The report recommends numerous organizational changes to ensure that officers and commanders are better trained to handle the next incident efficiently and according to best practices. But the training should not all be in-house, the report recommends.

BPD is advised to “initiate and fund” professional training beyond the current “on the job” tutelage. The National Homicide Investigator’s Association, National Forensic Academy Association, Glessner Lee School and internships with assorted agencies are among the places suggested.

It’s not clear what the cost of such training or new protocols might be. The Police Department will pay $150,000 for the CNA-led Suiter review, former Commissioner De Sousa said in April when the panel was announced.

As for other fixes proposed by the IRB, the report also made this recommendation, noting the emotional component of the Suiter case for his colleagues:

“BPD should refer homicide investigations of its homicide personnel to another state or local law enforcement agency.” 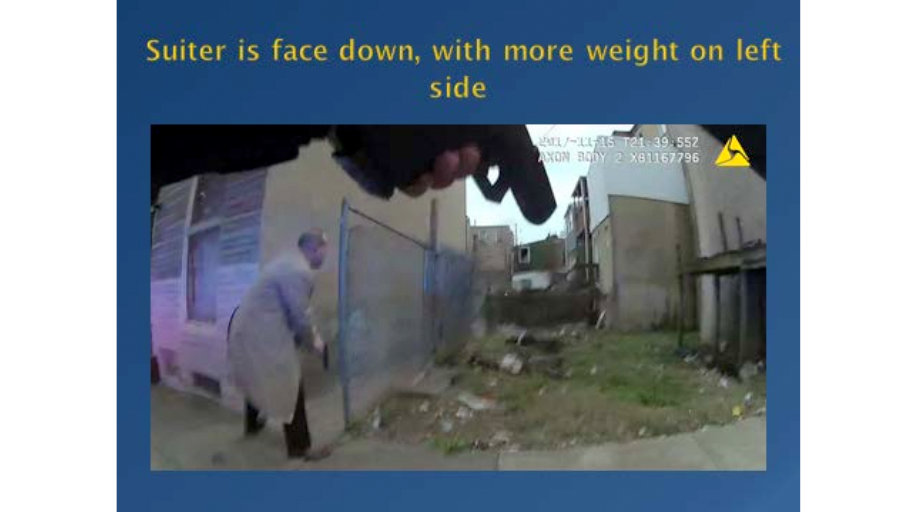