For a while, Smokey Crush and Leaf had it all.

Social media had them uptown and down – in front of Druid Lake doing chin-ups, partying inside the Abel Wolman Building and performing shtick on the steps of the War Memorial Building (“ugh, halfway up, cough, cough”).

One of their elaborate PSA’s featured Councilman Brandon M. Scott “debating” the duo – and at one point giving Leaf a good shove.

Mascots for a smoking cessation campaign mounted by the city’s Department of Human Resources, the two were shown handing out “It’s cooler to crush it” swag and “doing the Smokey Crush” line dance with dutiful city workers.

Pretty good for a giant cigarette butt whose only facial feature is a lamprey-like mouth (Smokey) and a scowling green tobacco leaf with a Frida Kahlo uni-brow (Leaf).

This week it all came crashing down with the release of a report by the Office of the Inspector General.

Amid criticism from employees that the city was wasting taxpayer dollars on a “childish” and “insulting” campaign of questionable value, the report found something else: nepotism.

According to the OIG’s synopsis, Human Resources paid out $26,000 conceptualizing the program, and then spent “thousands” more on it annually – primarily to pay the Smokey and Leaf performers.

Each received $100 for 1-2 hours, plus expenses. Those who got the gig had a special connection.

“The daughter of a member of the DHR leadership team was hired, along with two of the daughter’s friends” to perform as Smokey and Leaf,” the OIG report found.

Problems at Human Resources had been mounting for the last year.

The department’s outmoded IT system and out-of-town travel expenditures were chronicled at length by The Brew.

Other issues at DHR were identified in this week’s report.

• WorkBaltimore – The agency spent $425,000 on this “one-day  event” in 2017, according to the OIG. The report found there was “insufficient data available” to determine whether the results justified the cost.

DHR also failed to repay a $100,000 loan from the city’s Innovation Fund in connection with WorkBaltimore 2017, the report said. The event, held at the Baltimore Convention Center, was funded via that loan, along with city funds and private donations and sponsorships.

Employees said long hours of preparation over the course of the year for WorkBaltimore took them away from their basic job duties.

Witnesses described how these officials were “ridiculing and demeaning DHR employees, other employees and members of the public.” 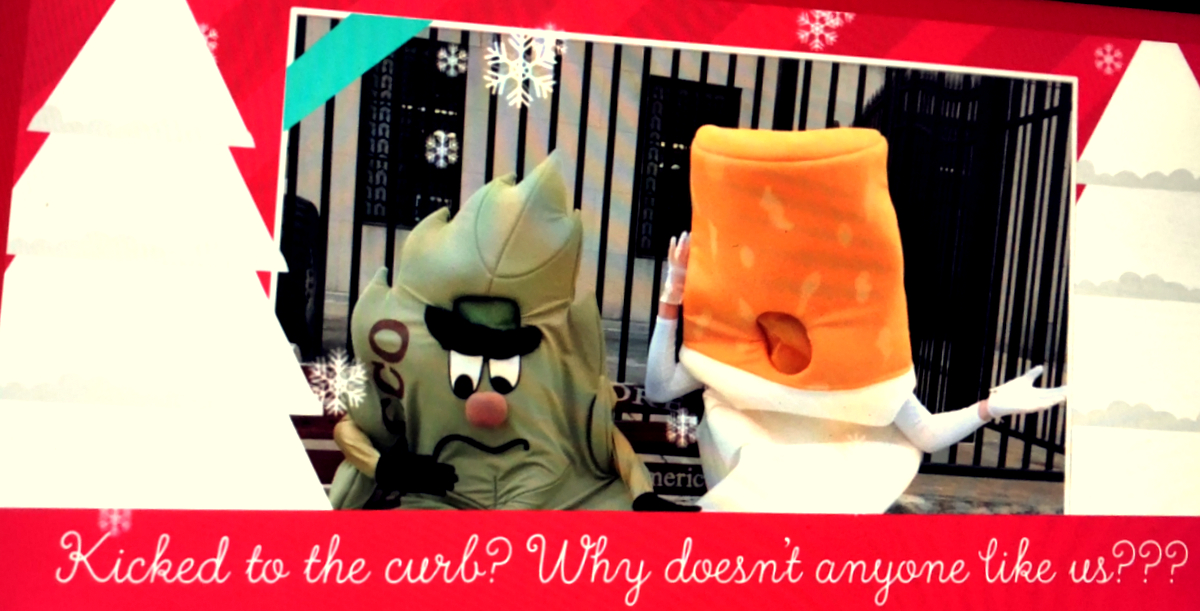 Employees told the IG they found the costumed characters “childish” and “insulting” to an adult audience.”

Responding at length in her weekly press availability today, Mayor Catherine Pugh expressed exasperation with the report’s finding. Brandishing a copy of a document with data from the 2017 WorkBaltimore event, Pugh said the spending for it was well-justified.

“It was not a one-day event. It was a 31-day event,” she said, noting that it included 180 jobs-related workshops held during the prior month.

Pugh acknowledged that the expenditure was significant, but said it was worth it for an innovative “outside-the-box” event.

Organizers had considered whether to put on an event that was “the Mercedes version, . . . the Volkswagen version [or] the Buick version,” Pugh said. “I think we ended up somewhere in the middle.” 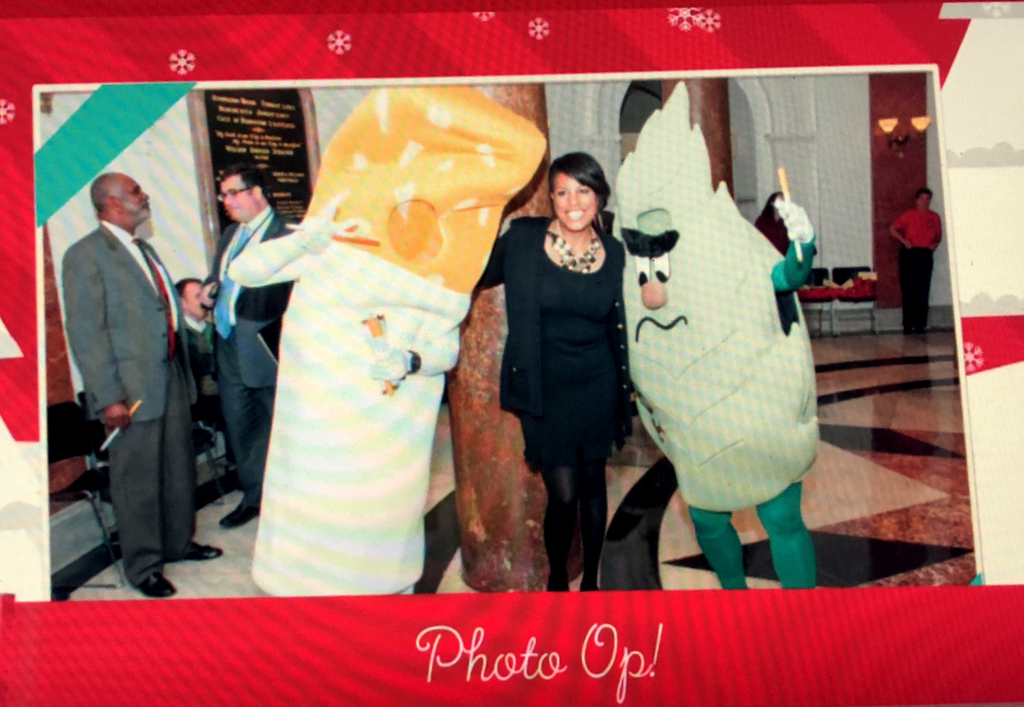 Then-mayor Stephanie Rawlings-Blake flanked by Smokey Crush and Leaf in a 2015 video.

Presently, the IG is an at-will employee serving at the pleasure of the mayor. Under question F on the 2018 general election ballot, the IG would have subpoena powers and be independent .

Asked about the change today, Pugh said she supports it.

“I had a conversation with her, and we’ll have further discussions with her,” she answered.