Goats. A new soil shed. New batches of folks helping out. And did we mention – goats!

So much keeps happening at the Filbert Street Community Garden in South Baltimore that every once in a while Marvin Hayes just has to pass it along in a flurry of texts, lest he fall too far behind.

“We got a new soil shed – it’s where we’ll keep our tools,” Hayes wrote in the most recent communiqué. “And, of course, some of our ‘black gold’ soil enhancer!”

As program director for the Baltimore Compost Collective, Hayes makes a point of not only wrangling the youth who are learning job skills there, but promoting their product and their philosophy with snappy slogans.

“Learn, so we don’t have to burn,” he intones, reflecting the re-use, recycle, grow-your-own philosophy the group espouses as an alternative to trash incineration, landfills and food waste.

Since The Brew wrote about the program two months ago, it has added something else – customers.

In September, 28 residential customers were signed up for the weekly food scrap pick-up. Now 41 customers are receiving the service. 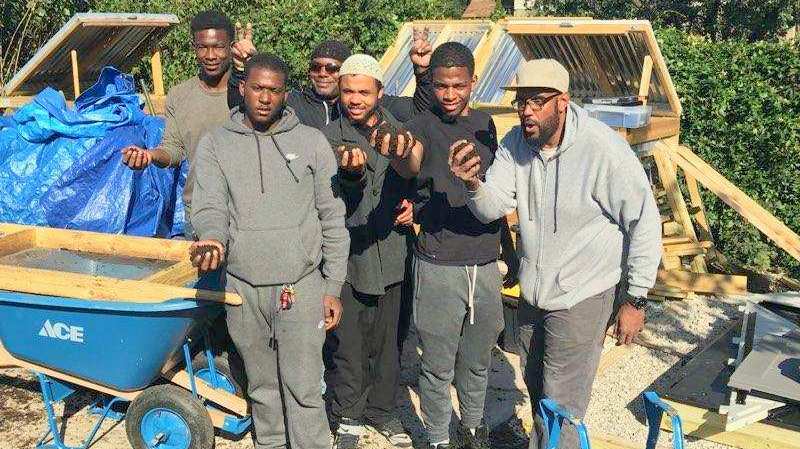 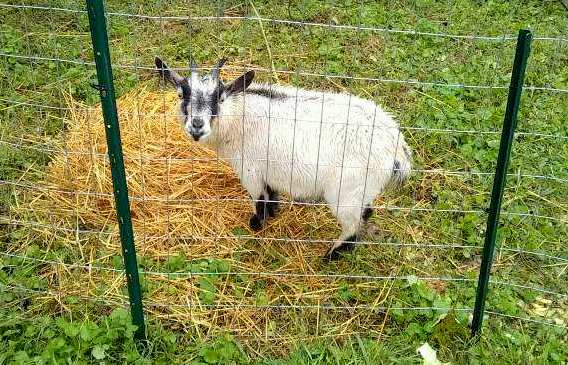 Hayes sent along several pictures of the new shed being built last month and noted that the work was done by youth composters and block captains from the city-sponsored BMORE Beautiful organization.

Part of the reason Hayes keeps the texts coming is to ask for shout-outs for the many people and organizations who have helped the collective along the way. 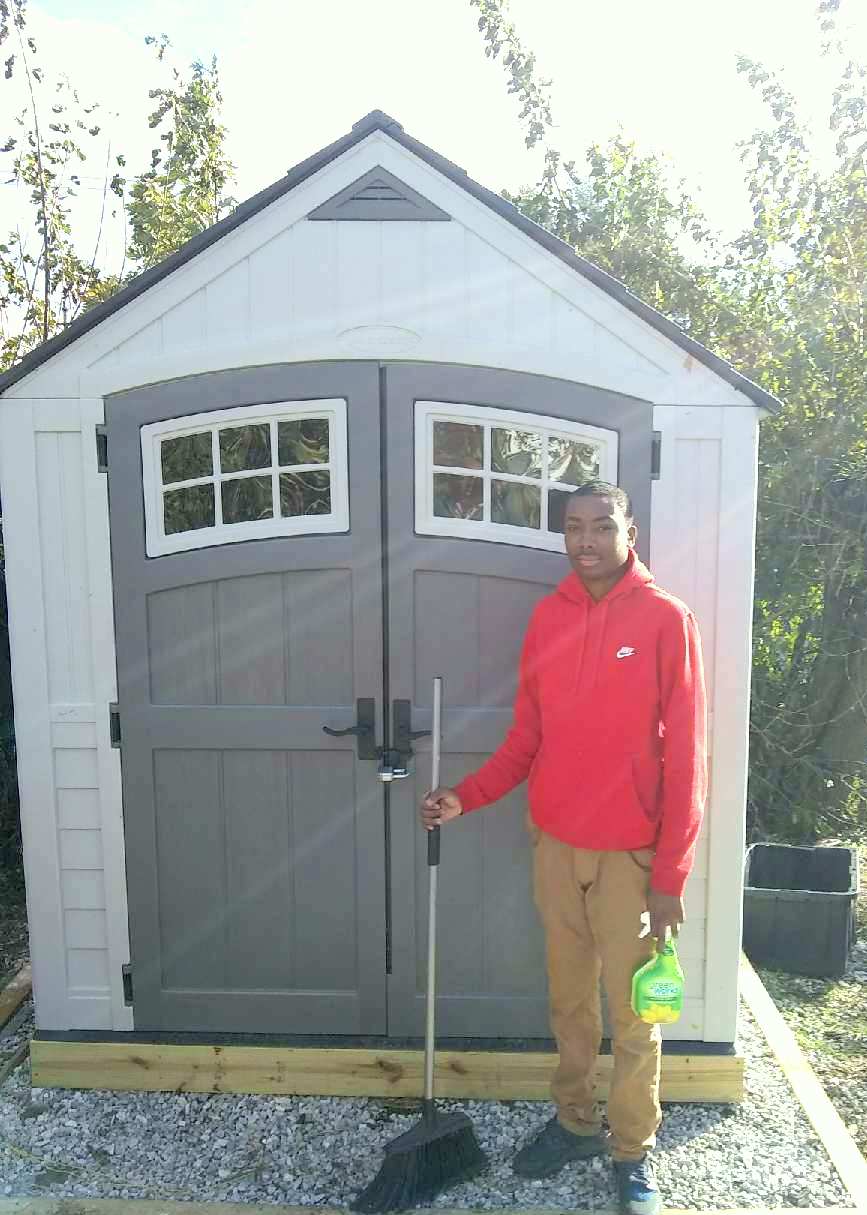 “Mention Brenda Platt and Linda Bilsens, of the Institute for Local Self-Reliance,” which founded the collective, Hayes requests. “I don’t know what I would have done without them.”

He also cited the work of Henry Scott, until recently the coordinator of the Makerspace at the Chesapeake Arts Center in Brooklyn Park.

“Henry helped us build the composting bins and the soil shed,” Hayes explained. “He gave the youth an introduction to carpentry skills.” 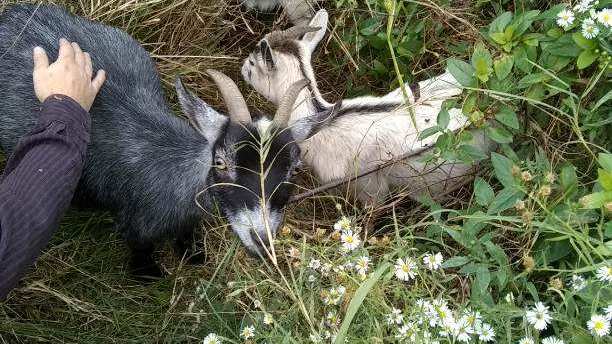 Cheese, Crackers and Hazel – three female goats – have joined the hens, roosters, ducks and bees who also make their home on this verdant patch of ground on a hill in Curtis Bay.

How’s that working out so far?

“As the fully gown one,” Hayes said, “Hazel is definitely the head goat.”
_______________________
TO READ MORE about the foundations and individuals behind the project and to see a time-lapse video of the building of the compost bins, go here.