Anyone who thinks Baltimore’s Chinatown is washed up – or believes you have to drive out to the suburbs to find a real Asian market – clearly doesn’t know about Po Tung Oriental Grocery.

The little shop at 321 Park Avenue was hopping on a recent afternoon. There was an African-American man perusing many soy sauce and fish sauce varieties. In the next aisle, a young Asian man was filling his basket with eggs, ramen and veggies.

“I don’t have it, but I will try to find it for you, Mama,” owner Jerry Tsang was assuring a woman he later explained was from Africa, a regular.

The woman had asked about a special vitamin they didn’t carry – something that doesn’t happen often in Tsangs’ well-stocked store in the heart of what once was a small thriving Chinatown on Baltimore’s Westside. 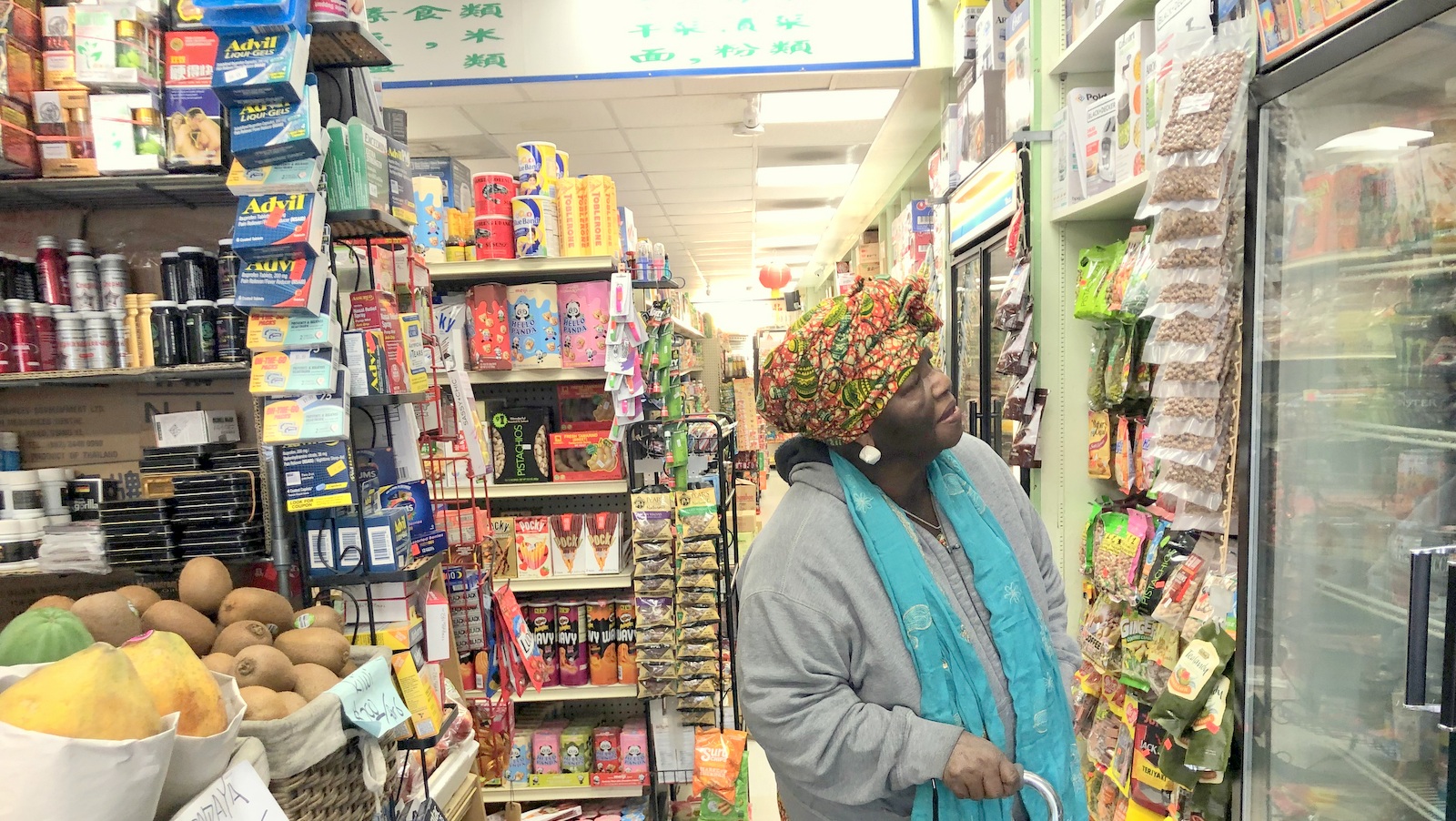 Shoppers have a lot to choose from at Po Tung Grocery Store. (Fern Shen)

“We may be small, but we have a little bit of everything,” Tsang said.

“No need to go to H-Mart or Great Wall,” Tsang said, referring to the big Asian supermarkets in Baltimore County.

There’s even a good selection of produce – several kinds of greens, string beans, carrots, papayas, kiwis. The couple pick up the produce fresh every morning from wholesalers in Jessup. 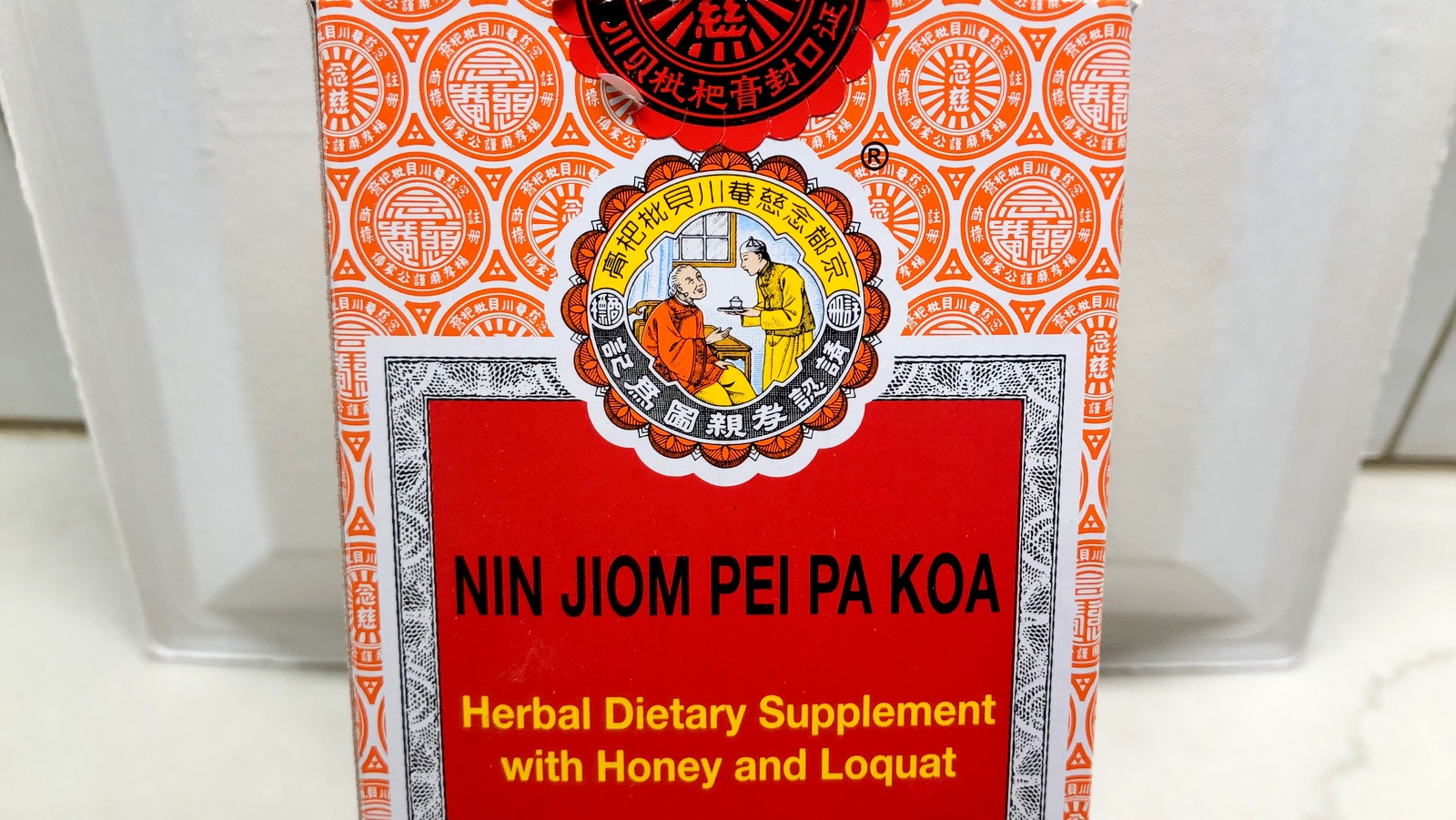 When Vicks or Nyquil just won’t cut it. (Fern Shen)

Redevelopment? Bring it on!

In this once busy neighborhood – buoyed by a small recent influx of Ethiopian businesses, but still suffering from graffiti and vacant buildings – could change be coming?

A group of developers from Baltimore and D.C. has bought up an entire city block just north of Po Tung and plans a six-story apartment building and a restaurant-retail zone it says will be Asian-themed.

The developer announced a partnership with the Chinatown Collective, whose members organized last fall’s Charm City Night Market and say a visit to Po Tung was what inspired the group’s formation.

Tsang, who’s 52 and has run the business since 1990, has heard talk of Chinatown development before. He hopes this time it’s for real. 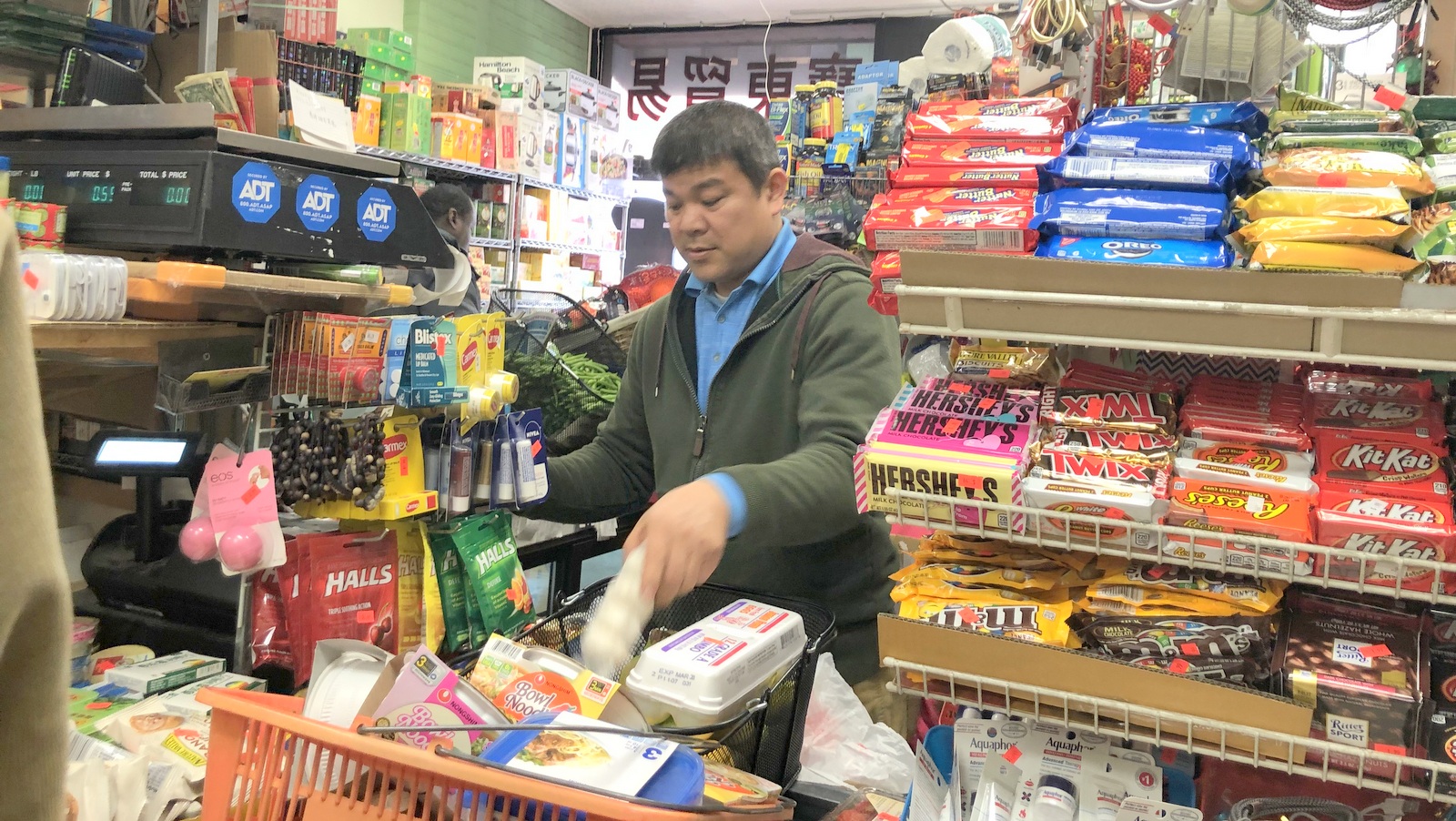 “If some nice restaurants come here, maybe Chinese restaurants, that would bring more people to me,” he said.

A steady customer base, he said, keeps him in business – downtown apartment dwellers, students who attend the Peabody Institute and other area schools, African and Latino residents in search of specialty foods.
______________
PART 1: Can redevelopment rescue Baltimore’s bedraggled Chinatown? (3/7/19)
______________
Tsang said he doesn’t advertise, but attracts city dwellers without cars to get them to faraway specialty stores – or to any food market for that matter. He offers a 10% discount to students who show ID.

Some of his customers are people who stop by after their visit to Zhongshan restaurant next door for weekend dim sum or the daily lunch special. 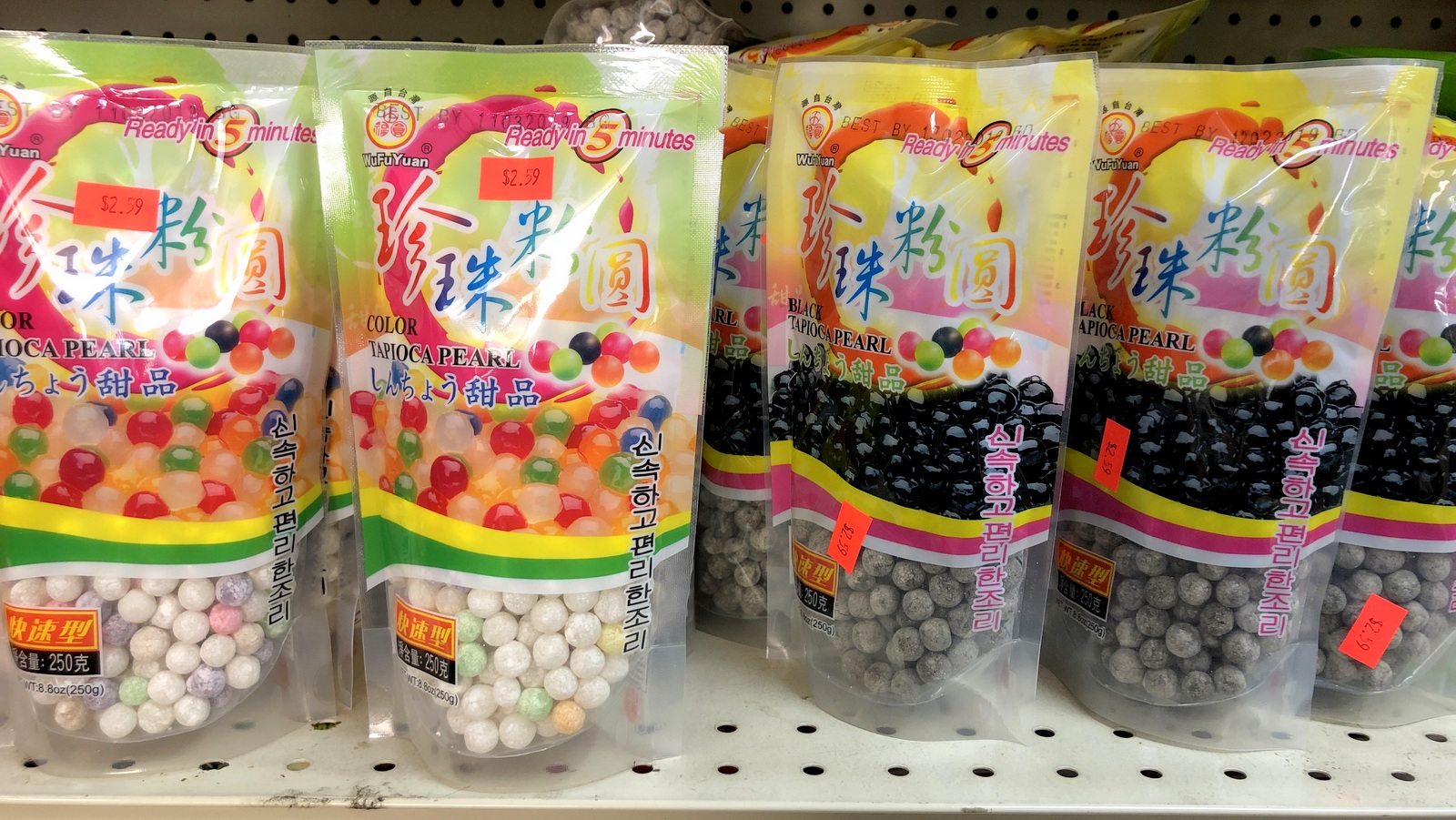 While the inside of Po Tung is orderly and relaxed (Tsang’s wife was piling up green beans into a small cordwood-like stack, throwing out the bad ones), the scene outside is not so appealing.

As Tsang spoke, a group of people was hanging out on the sidewalk a few doors down, shouting and arguing. Many storefronts in the neighborhood are dilapidated or boarded-up.

Chinatown residents left long ago, he said, and now they’re reluctant to come back for a visit due to the loitering, petty crime and pricey parking tickets.

Calls to the police for help, he complained, get a slow – or sometimes no – response.

“What do you think about this new policeman?” he says, referring to Michael Harrison, Mayor Catherine Pugh’s choice to head the Baltimore Police Department. “I hope he is good.” 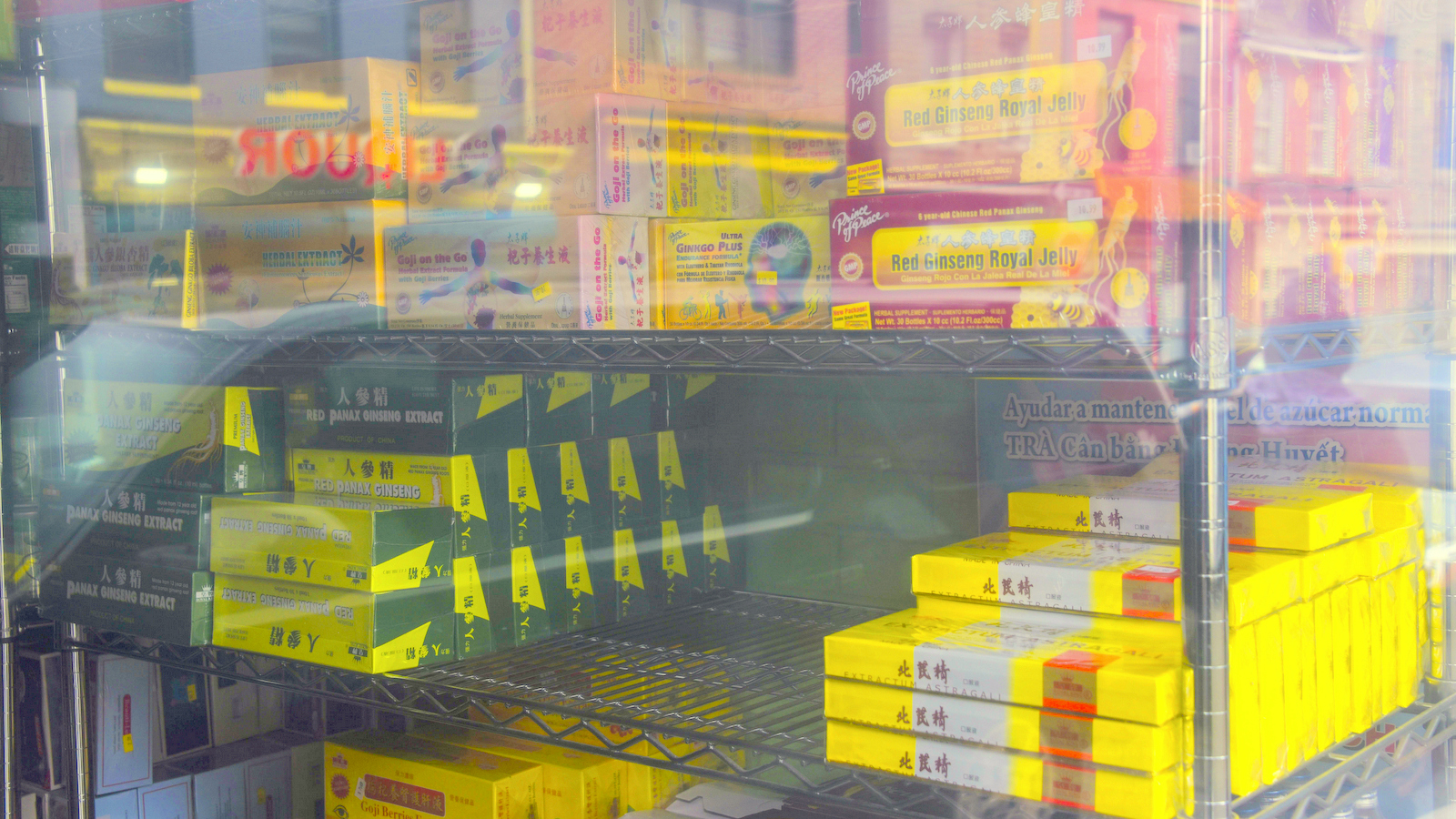 “We’ll just have to see”

As he expresses hope for better days, will Tsang be able to hang on himself?

He owns the building, he says, and jokes, “I tell my wife 10 more years” – laughing before turning serious.

The hours are long. The crates of produce and cartons of canned and jarred food that he must unload are heavy. He’s got kids who are still young (“The oldest is just 13”) and bills to pay.

“I really don’t know,” he finally offers. “We’ll just have to see.”

But Tsang also talks about how much he enjoys finding new products for the store and for his regular customers and nearby business owners.

Indeed, pretty soon he was apologizing for having to break off the interview, greeting a supplier with a Cantonese “hello” and a big grin. 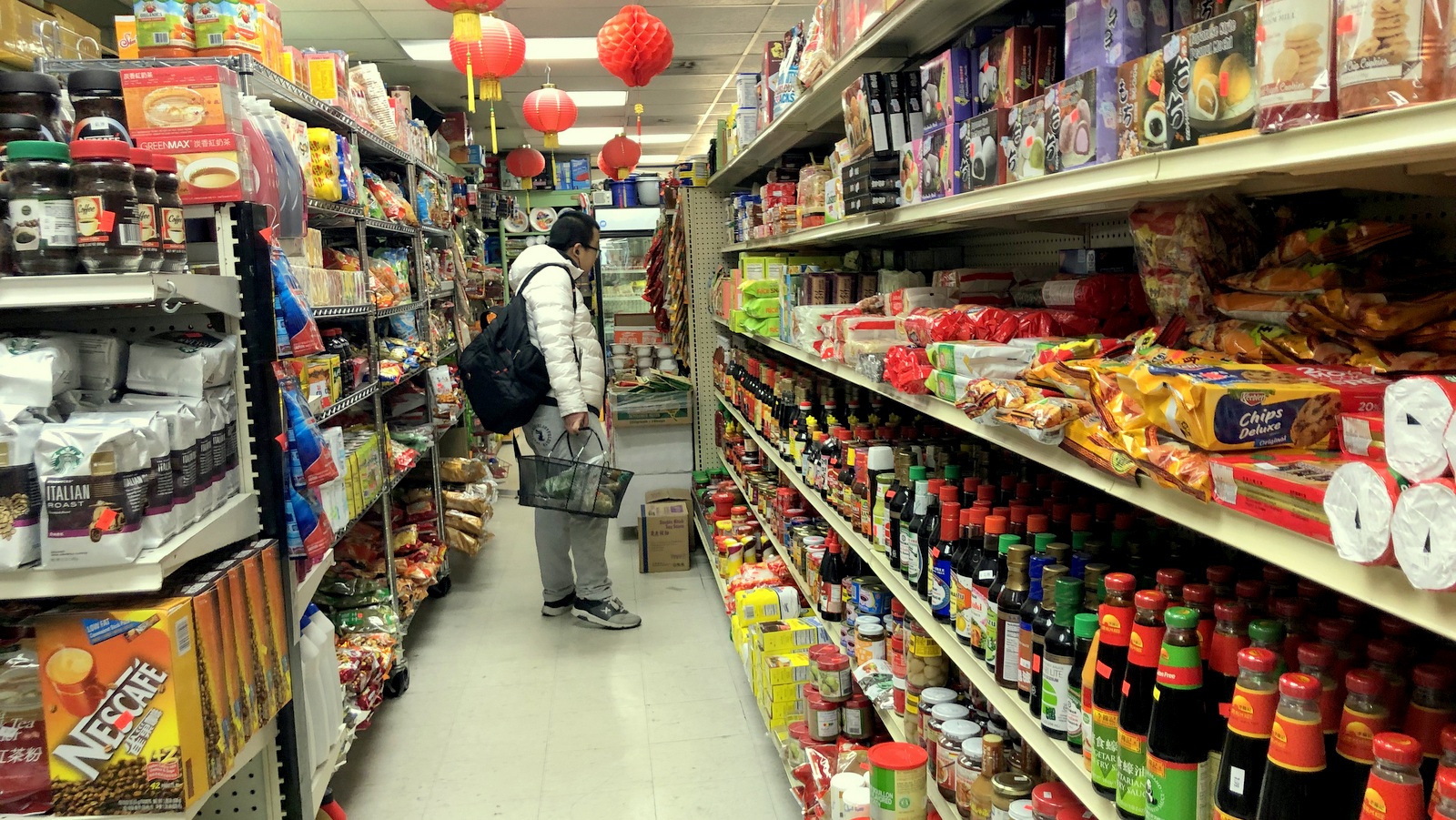 Asian and Middle Eastern people, students and Ethiopians from the neighborhood are among the customers at Baltimore Chinatown’s only market. (Fern Shen)