Hours before the City Council voted on a bill last night to prevent Baltimore landlords from discriminating against people based on their source of income, supporters had marched in the streets.

There were women’s advocates, too. The bill would protect people whose income source is alimony as well as people using federally-funded housing vouchers.

Essentially, Bill 18-0308 would help anyone who now can be legally discriminated against based on the source of their income.

“Caps off!” the marchers’ signs said. “Give all people a chance!”

This was a reference to an amendment that would “cap” the non-discrimination permitted.

The amendment is backed by the Maryland Multi-Housing Association (MMHA), which hired five lobbyists, including power couple Lisa Harris Jones and Sean Malone, to represent its interests, according to city lobbyist disclosure records.

The amendment applies to landlords with “a development consisting of five or more contiguous rental dwelling units.”

The amendment creates an exemption for those landlords, allowing them to discriminate against voucher holders once they have rented to voucher holders in 20% of their units.

“Don’t thank me,” Henry grimaced back, signalling what was to come.

Henry added an amendment to the 20% cap that had been introduced by Councilwoman Sharon Green Middleton, the loyal lieutenant of Council President Bernard C. “Jack” Young.

It was a  four-year “sunset” provision, meaning that the 20% percent cap would end in 2023 unless the Council decided to extend it.

If the bill proved effective and there were no unintended consequences, Henry said, “the 20% threshold could go away.”

“The City Council just enacted a discrimination allowance. And that is a disgrace,” Fasanelli said afterwards.

She pointed out that among those voting for the amendment were six co-sponsors of the original “clean” bill: Bullock, Henry, Middleton, Pinkett, Scott and Stokes.

“It seems like the Council caved to monetary interests against the people in the community and that breaks my heart,” she said. “And it’s wrong.”

Addressing the chamber before the vote, several members explained their support for the legislation and opposition to the amendment.

“This is about people that carry not-traditional sources of income and their right to survive,” she said, noting that the bill expands the same city code that protects people against discrimination based on religion or race. 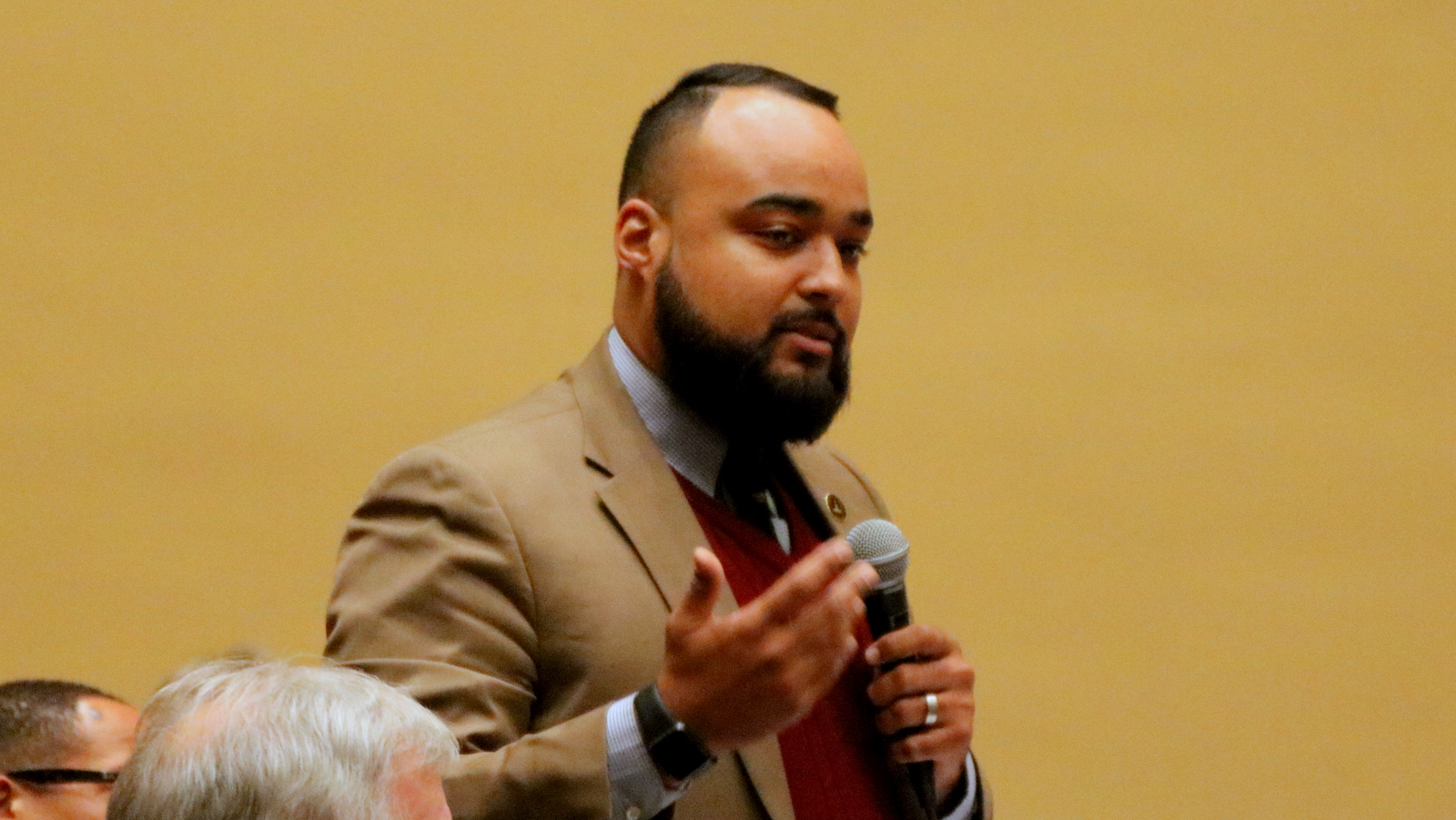 People have “misconceptions” about voucher holders, Burnett added, describing a member of his family who is developmentally disabled.

“She’s the sweetest aunt I have. She lives in an apartment full of teddy bears. She works in a community center,” he said. “She’s  not bothering anybody. She’s not having loud parties.”

“If she was trying to find another place and that cap was hit, where does she go?” he asked.

“It seems like the Council caved to monetary interests against the people in the community.”  – Antonia Fasanelli.

Councilwoman Shannon Sneed said it was “only through the grace of God” that she didn’t need a voucher, prompting applause.

“My district [East Baltimore] has the most vouchers. One of the things that people keep saying is ‘Not in my community.’ Well, where else?” Sneed said, arguing that the bill would prevent concentrated poverty and allow voucher-holders to live “all over the city.” 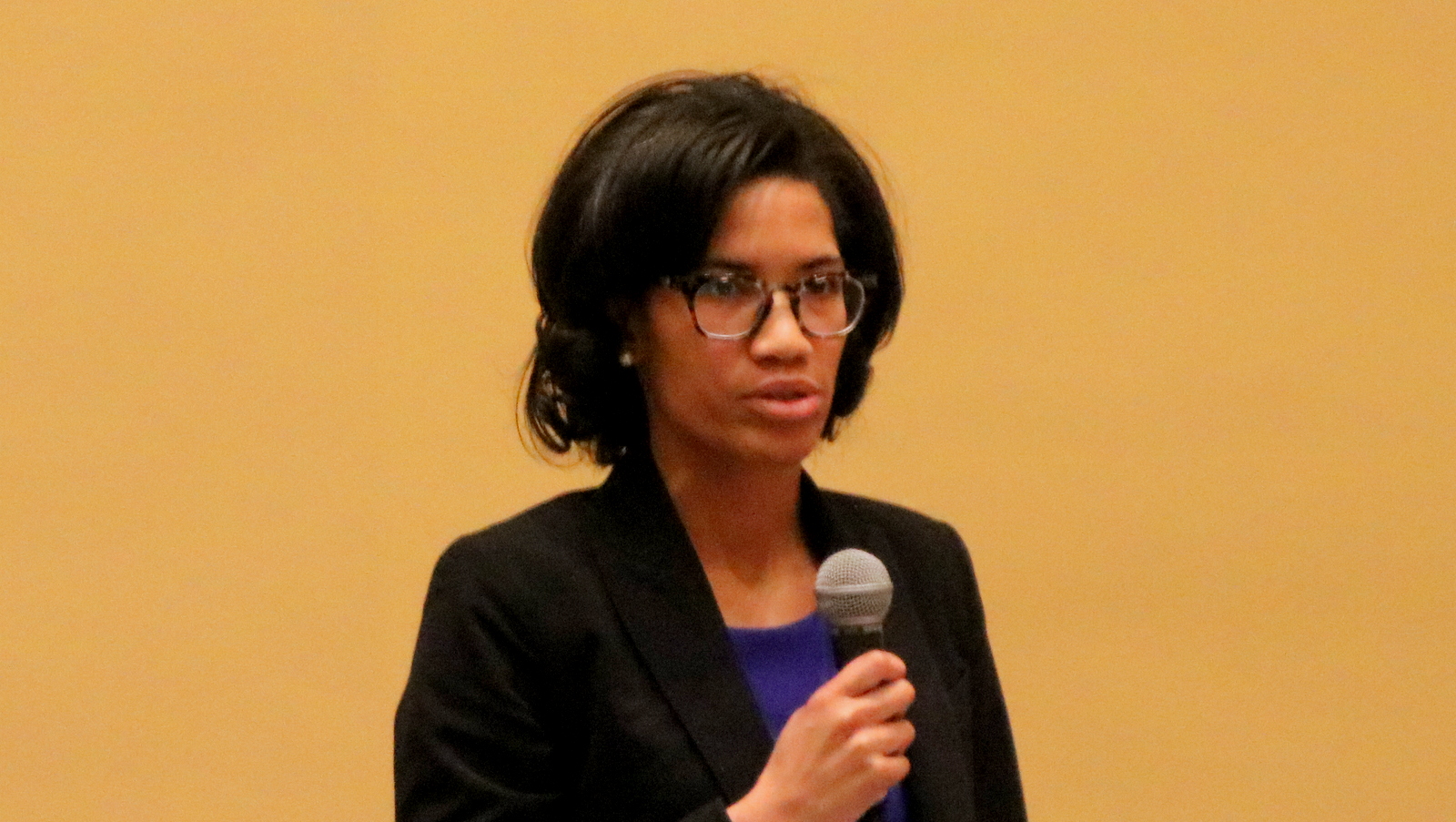 The original bill prohibiting source-of-income discrimination by landlords would have helped de-concentrate poverty in the city, according to Councilwoman Shannon Sneed. (Fern Shen)

At this point, Young spoke up.

“It’s not that I’m insensitive to people with vouchers,” he said. “This bill really should be about Baltimore County and Anne Arundel County, but oftentimes the advocates come to Baltimore City as a testing ground.”

As for the bill’s sponsor, Dorsey made brief low-key remarks, saying he was voting against the amendment as he made a point of addressing Young with deference.

“I really respect the Council President’s intent [with the amendment] to try to bring something forth that will entice landlords to cease discrimination,” he said.

“The industry would pivot”

Fasanelli, who said she’d had no inkling that Henry’s amendment was coming, explained the vote to a group of disappointed supporters gathered afterwards in the lobby.

Neither Young nor Henry came out to speak with them, but Young’s spokesman, Lester Davis, sought to explain the amended bill as “a more long-term solution.”

“The thing we found out, talking to housing is, without a cap, it would be very difficult for them. The industry would pivot,” Davis said. “They would change the documentation they require. There would be continued discrimination.”

This prompted a chorus of questions and protests. The city’s Department of Housing doesn’t enforce this measure, several advocates pointed out. It’s the Office of Civil Rights and Wage Enforcement, they told Davis.

Yes, that office wouldn’t be able to handle the complaints under a 100% ban on discrimination, Davis countered.

“You’d get a situation where the industry is going to shape shift,” he repeated. “They’re going to change.”

Fasanelli pointed out that 75 jurisdictions in 11 states and the District of Columbia have approved cap-free bans on discrimination and have seen no ill-effects.

Barbara Samuels, managing attorney for housing for the ACLU of Maryland, pressed Davis.

“What do you mean by ‘shape shift’? What does that even mean?” she asked. “If you have a clean bill, why would that allow landlords to discriminate?”

“What you’re saying, with all due respect, doesn’t make sense whether you’re for or against the bill,” Samuels continued. 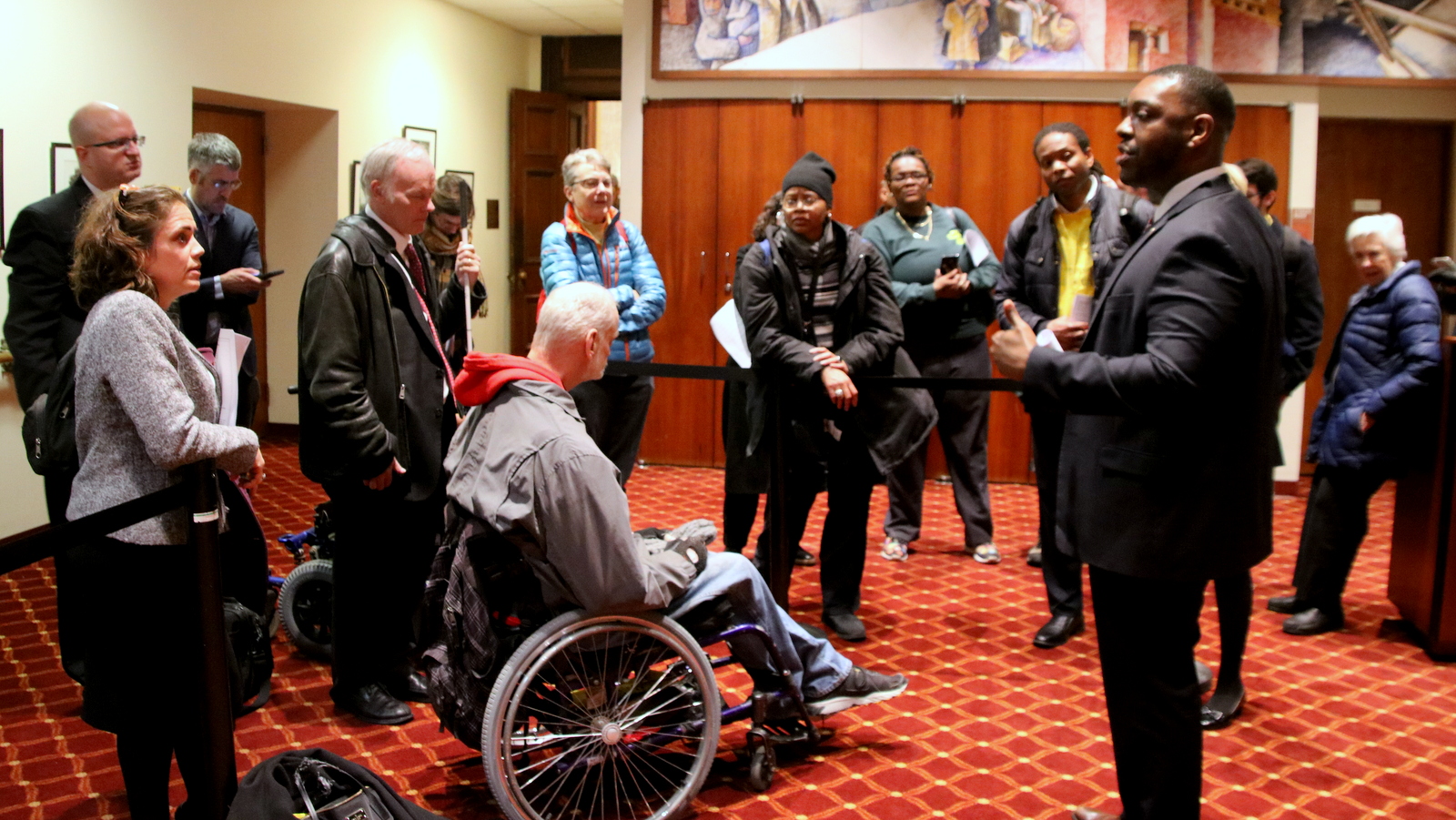 “Go back and start over”

Davis was peppered with still more protests from the group, which included Matt Hill of the Public Justice Center and homeless activist Christina Flowers.

“People are going to be dead in the streets in four years,” Flowers exclaimed.

“I get what you’re saying,” Davis replied, “but we are where we are now, so what do we do?”

“Go back and start over,” Odette Ramos, co-chair of Baltimore Women United, told him.