People get a dreamy look on their face when you ask them about Caton Castle, though from the outside of the building it’s hard to guess why.

A cut-rate Southwest Baltimore carryout with cheap liquor and a lottery machine, it looks on most days like exactly that.

As legend has it, when John Hicks’ cab pulled up to drop him off for a gig, the famed jazz pianist berated the driver, thinking he was being scammed.

But on nights when The Castle opens up its lounge for a show, as it did on a recent Saturday night – as it has for the past nearly 30 years – patrons get to experience something special:

Great, often world-class jazz, plus drinks, an entree and two sides in a low-key-cool Baltimore setting.

“It’s a feeling. You know you’re going to see something up-close and personal.”

What followed was a composition performed partly by the quintet onstage, but also by the audience members themselves, who clapped and cheered and, sotto voce, offered their own little touches of history and context.

“I used to shine shoes here when I was a kid and this place used to be all-white,” Manning said, between sips of his drink at the L-shaped bar. 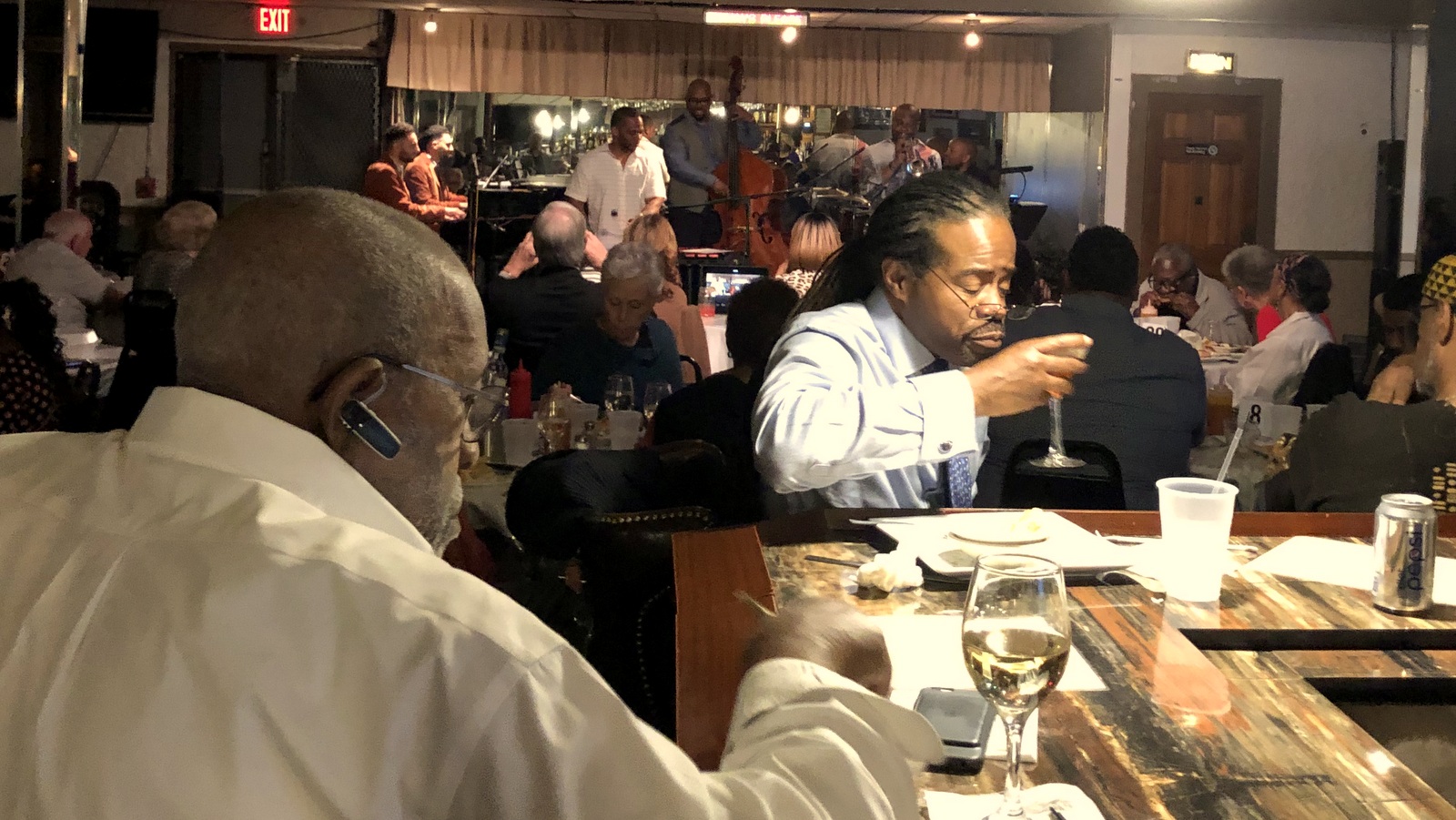 Full bar service, a plate of fried oysters or broiled salmon if you want it, and a view of the show. (Fern Shen)

Caton Castle has been a home not just for seasoned professionals, but for Baltimore’s precocious up-and-comers.

“I remember Warren playing here when he was at Baltimore School for the Arts, a high school student,” Manning said, looking up at the vibraphone master, who since toured the world, made several recordings as leader and performed with everyone from Wynton Marsalis and the Lincoln Center Jazz Orchestra to Esperanza Spalding.

Joining guests at the bar for a moment was Jones, the internationally acclaimed trumpeter who was a performer this night, but also heads the Peabody Institute’s Jazz Studies Department. What, he was asked, do people need to know about Caton Castle?

“It’s a diamond in the rough, it’s a throwback, it’s got a certain grittiness,” he observed, on a brief break from his onstage duties to grab a drink.

“We need more places like this,” he said, gesturing at the all-ages, all-races crowd packing the room. “This is America right here.” 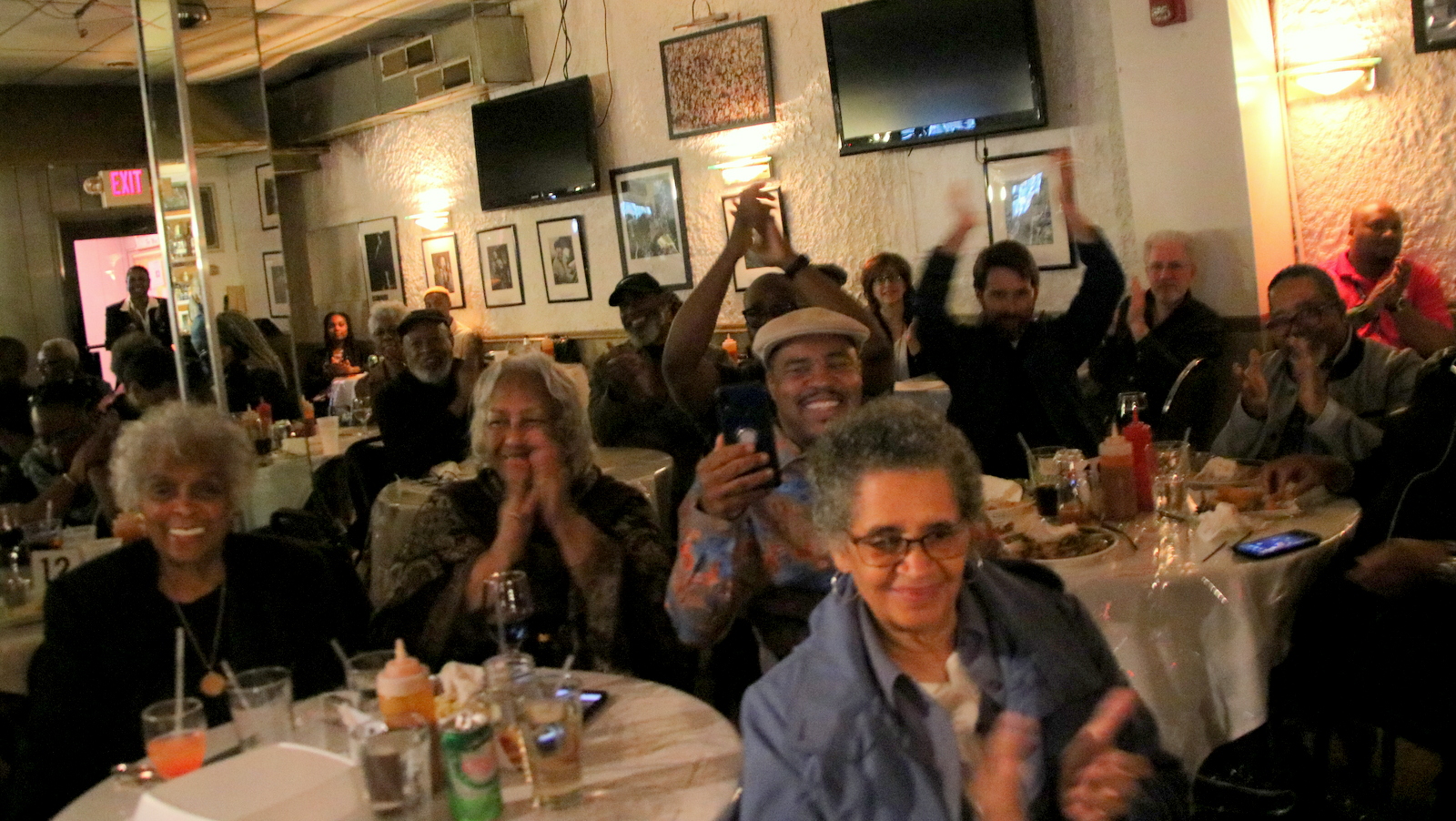 Jazz may be America’s genre, but it struggles to survive commercially, even in Baltimore with its rich music history rooted in the long-gone Pennsylvania Avenue clubs.

Ronald Scott, who opened Caton Castle in 1990, remembers all the local venues that inspired him, particularly the New Haven Lounge, located in another improbable setting, a North Baltimore strip shopping center.

The Haven featured top-notch performers like Eddie “Fathead” Newman and Joshua Redmond but, as Scot recalls, had a relaxed vibe.

“I loved the atmosphere,” he said. “People could bring their wives and girlfriends there. They really were there to listen to the music.”

Now the Haven, like the Sportsmen’s Lounge, Ethel’s Place, the Left Bank Jazz Society and other establishments, are no more. 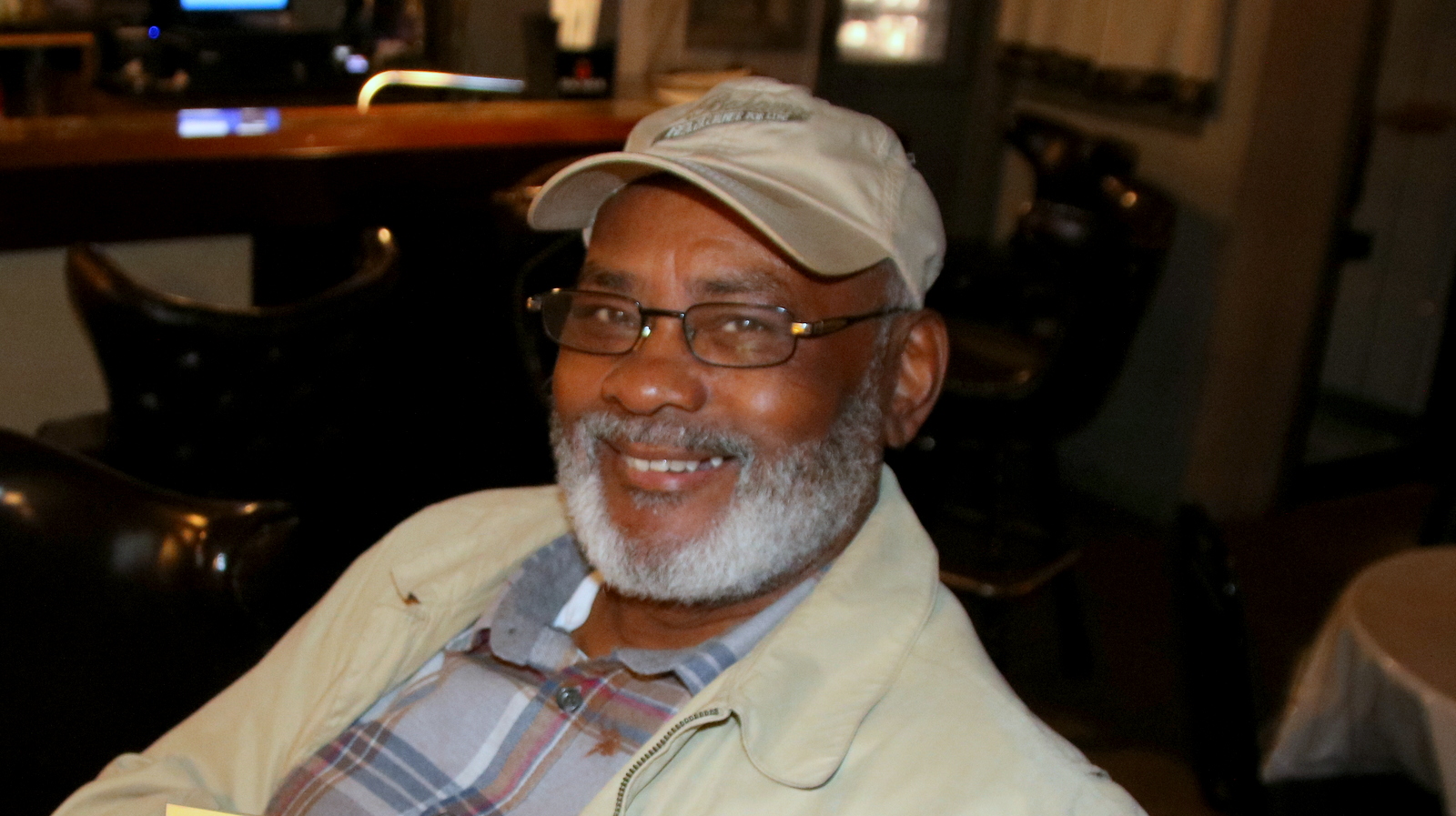 Ron Scott has been booking jazz performers at Caton Castle since 1990, (Fern Shen)

There is still An Die Musik, a top jazz venue in a historic Mt. Vernon building where the audience can sip wine and beer while sitting in the big, plush living-room type chairs arranged in rows. The Baltimore Chamber Jazz Society brings in great artists who perform in a small auditorium, concert-type setting.

But when it comes to tables, cocktails, food and an old-time “New York type” atmosphere, Caton Castle is pretty much it.

“This is the last actual club like that with live jazz,” said Baltimore-born, Berklee School of Music-trained singer Sheila Ford, one of the many local musicians who came to the recent Caton Castle show.

“Everyone’s so warm and supportive here,” Ford said, pointing out that she just came off a three-and-a-half-month gig performing on a cruise ship. “Coming back here always feel like home to me.” 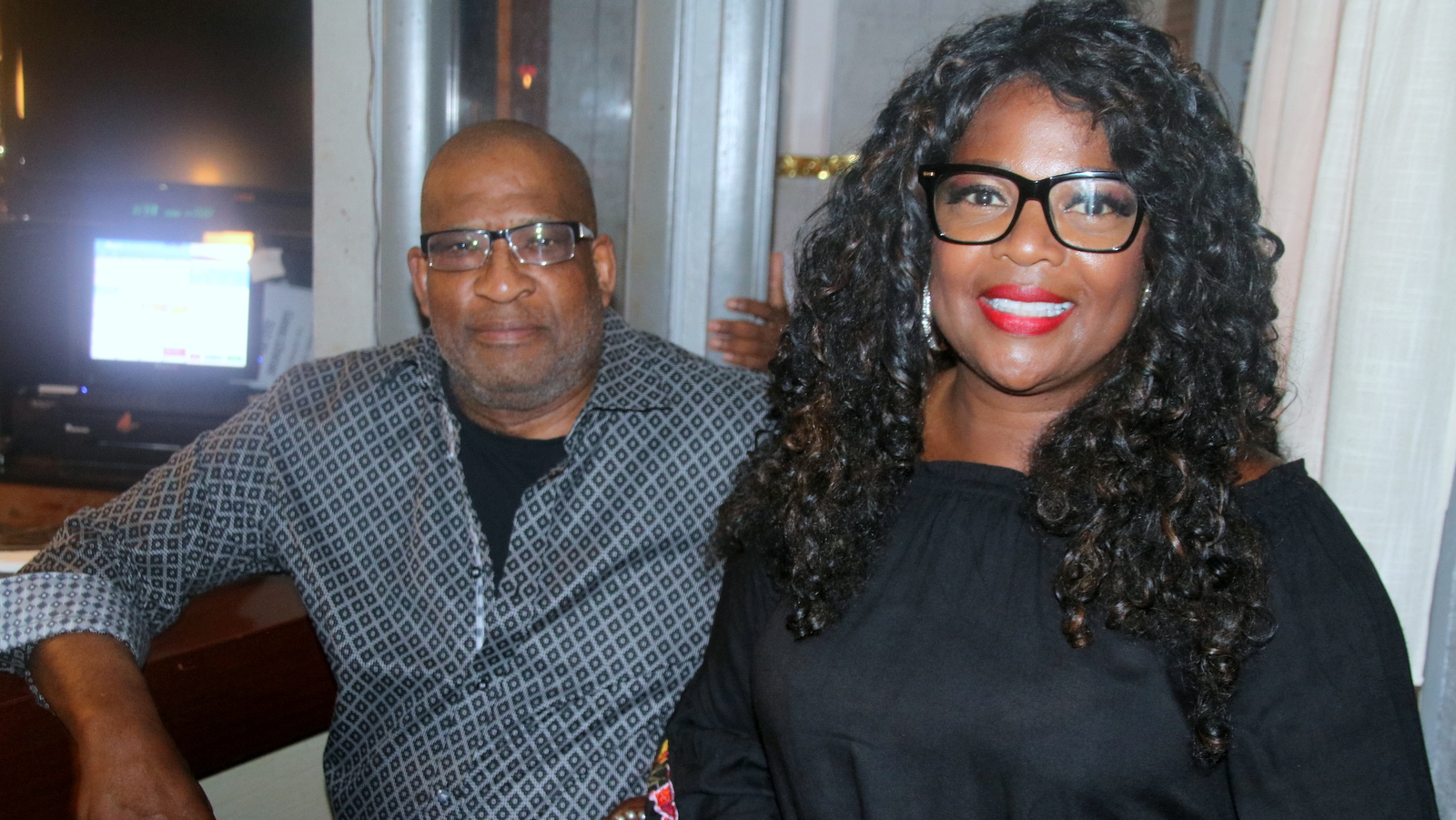 This week, changing the narrative, a new venue is opening in Baltimore. It’s a jazz club and restaurant in upscale Harbor East called Keystone Korner, operated by Todd Barkan, the man who ran a legendary club by the same name in San Fransisco in the late ’70s.

Teaming with Michelin-starred D.C. chef Robert Weidemaier, Barkan is bringing in big names (bassist Ron Carter, for starters) and charging premium (for Baltimore) prices: $25 to enter and $45 for “seating closest to the stage.”

Scott said he welcomes anyone promoting jazz and hiring musicians in Baltimore, but as a veteran of nearly three decades in the business, he passes along advice that Left Bank’s Mike Binsky offered in the early days.

“He said, ‘Do not try to book high-end acts too close to each other – Baltimore is a blue-collar town,’” said Scott, who keeps the prices of even his big shows moderate.

For the Warren Wolf-Christian McBride show, for instance, he charged $35 for advance purchase and $20 at the door.

“It sold out in less than two weeks,” he added with a touch of pride. 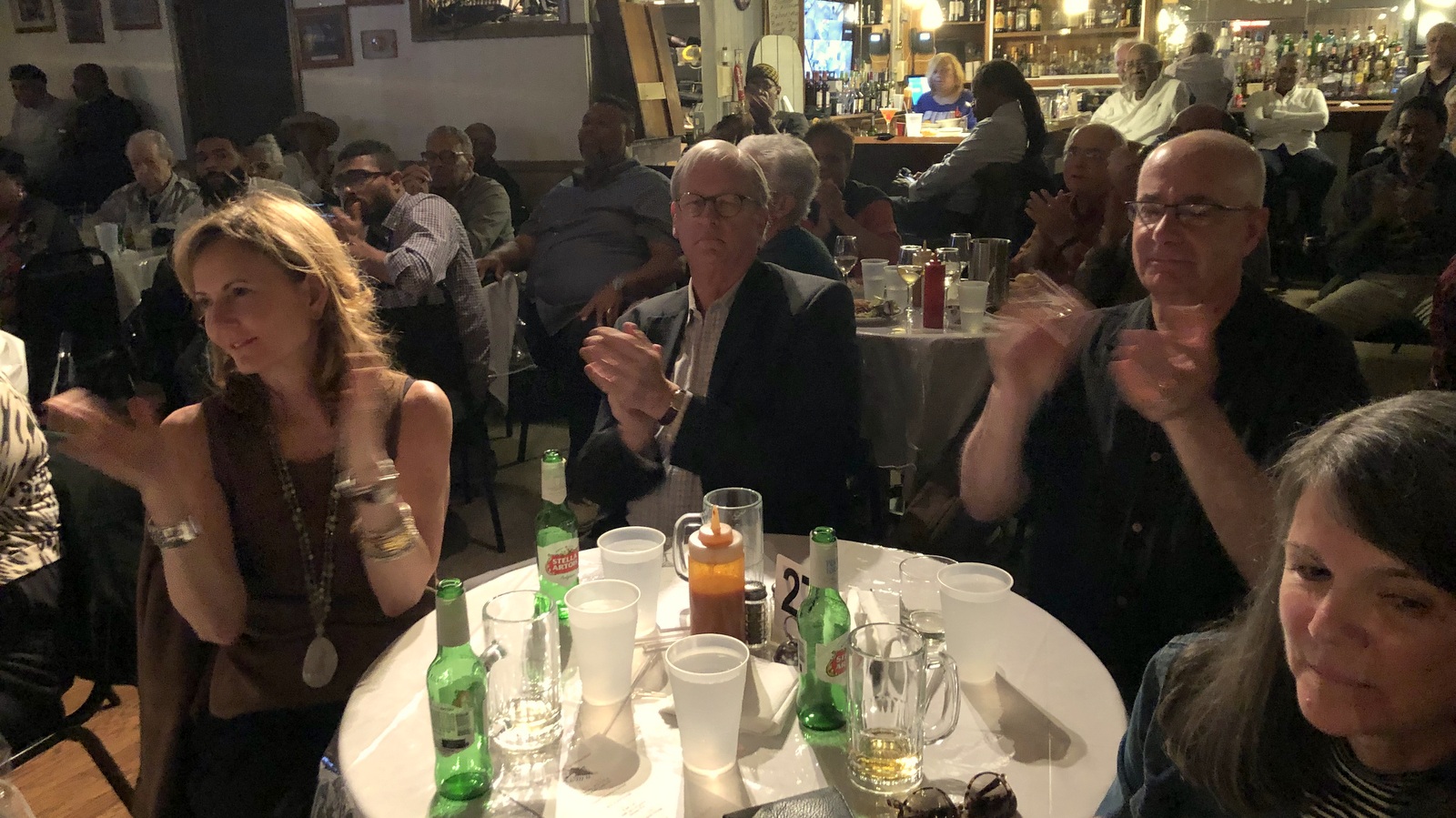 After his many years running the club, it’s a challenge for Scott to recount all the greats who have made music on its small wooden stage. The names tumble out in riffs:

“There were so many great people from right here in Baltimore, like Harold Adams, a sax player, Chico Johnson, he was a vocalist, Dave Smith, another sax player,” he says, pausing to catch his breath.

“There was Earl Wilson, he played guitar, ‘Tiny Tim’ Harris, a vocalist, Ruby Dawson, she was a wonderful singer.” He had many more names, each one with a story.

Caton Castle’s regulars can fill in the blanks. Greg Thompkins, Lafayette Gilchrist, Russell Kirk.  Asked to recall them during the break, they get that dreamy look.

What came to mind for Roy Wilson, for instance, were the unexpectedly memorable shows, like a jam session with some young unknowns “who were really, really good.”

“I was here for a “Battle of the Saxes” between Carlos Garnett [of the Jazz Messengers] and René McLean,” he said. “Now that was wild!” 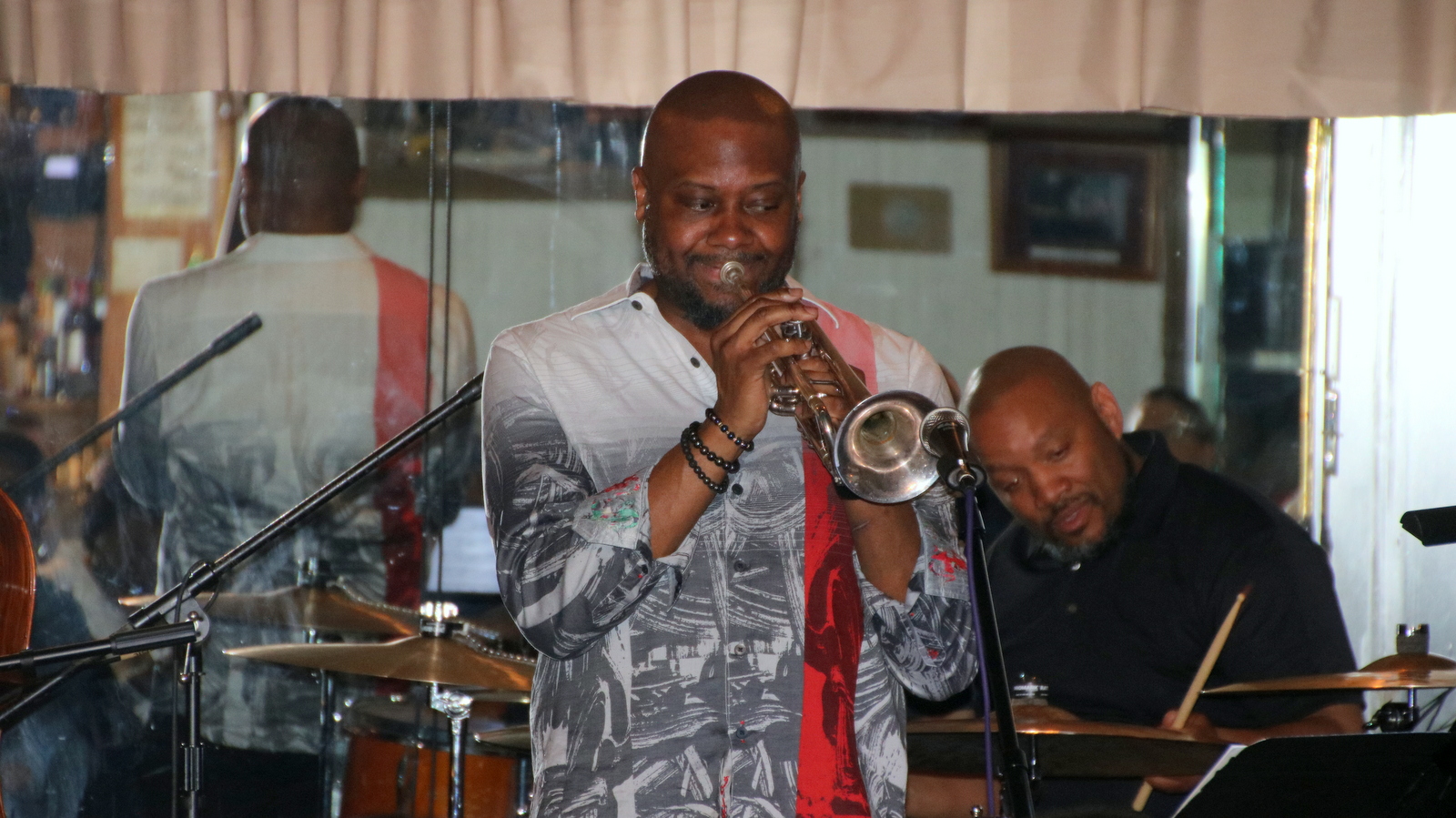 Many in the crowd on this night were older – a former dry cleaning store owner, a onetime educator, the former owner of the Jazz West record store, Bill Coates.

“I’m a huge jazz fan and I can tell you, this place has one of the best vibes around,” said Kenneth Cobb, a 62-year-old electrical engineer who thinks nothing of making a cross-country trip to catch a good show.

Lately, though, Caton Castle has added a broader demographic, thanks to the reinvigorated Peabody Jazz Studies program under its new director, Sean Jones. (Jones last year brought in Wolf, Kris Funn and other homegrown Baltimore musicians to join the faculty.) 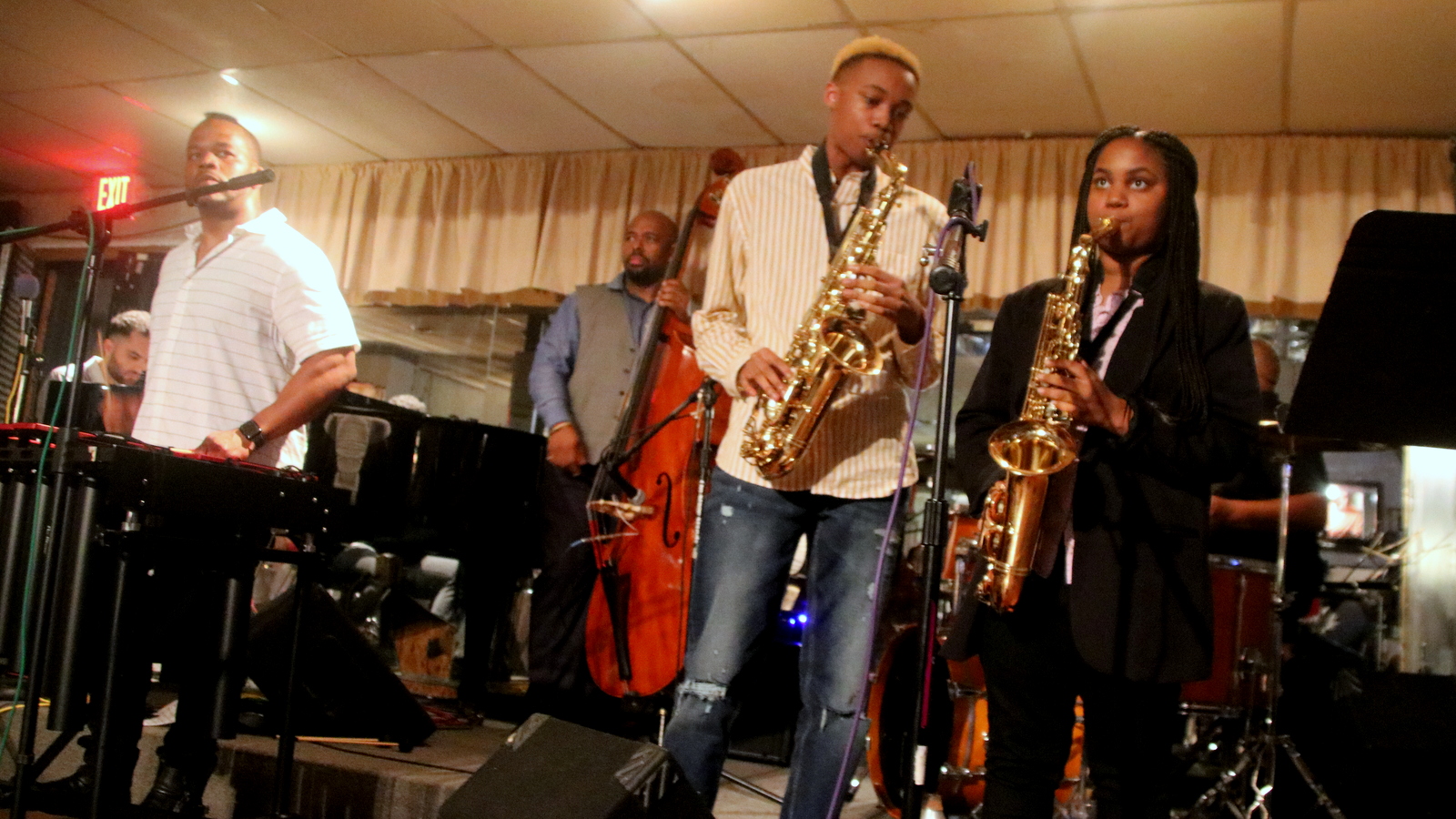 Peabody faculty like Quincy Phillips, who was Roy Hargrove’s drummer, could be spotted in the crowd.

It’s all very exciting to Brinae Ali, a tap dancing virtuoso who thrilled the crowd with an electric performance: an elaborate call-and-response choreographed with Jones on the trumpet, something the two are working on together.

“It’s jazz, it’s tap, it’s hip hop, and bebop and we’re bringing it together as way of articulating something about the African American experience,” said Ali, 37, breathing hard after her performance.

“You’re lucky to have these places,” she said. “They’re like sacred ground!” 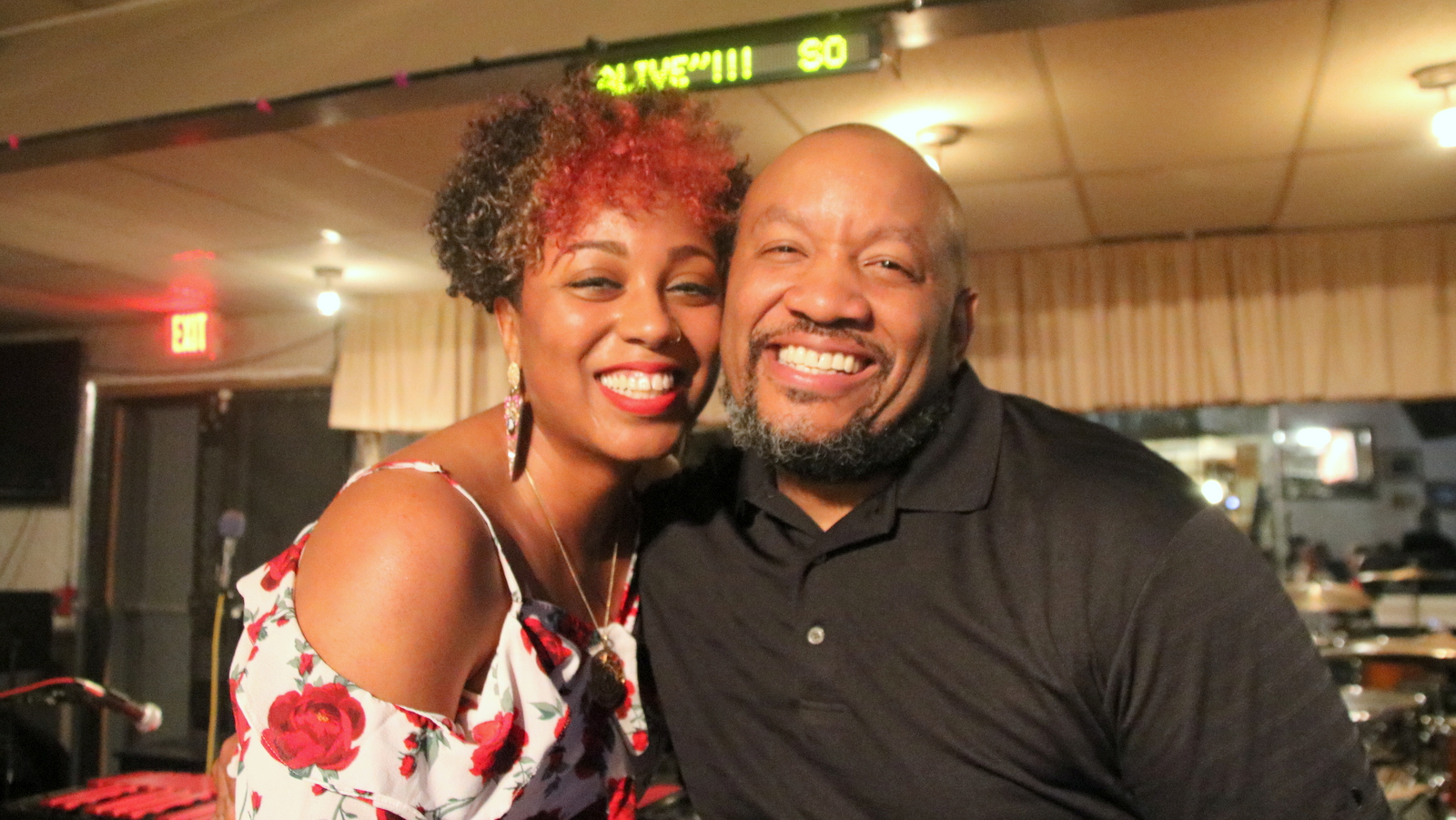