Referring to the oft-called “gag orders,” the three-judge panel concluded “there can be no serious doubt that the government has used its power in an effort to curb speech that is not to its liking.”

“The First Amendment is meant to serve as a bulwark against such exercises of government power,” U.S. Circuit Judge Henry F. Floyd wrote in a majority opinion, with Judge Stephanie D. Thacker concurring.

The case was filed in 2017 on behalf of The Brew, which said the city’s gag orders blocked its ability to do accountability journalism, and Underwood, who lost half a 2014 settlement award when she responded to comments about her case on a newspaper blog.

“We have never ratified the government’s purchase of a potential critic’s silence merely because it would be unfair to deprive the government of the full value of its hush money,” Judge Floyd said. “We are not eager to get into that business now.”

The ruling was termed a “home run for the First Amendment” by Debbie Jeon, legal director at the ACLU of Maryland, which filed the case along with attorneys from the D.C. law firm of Crowell & Moring. 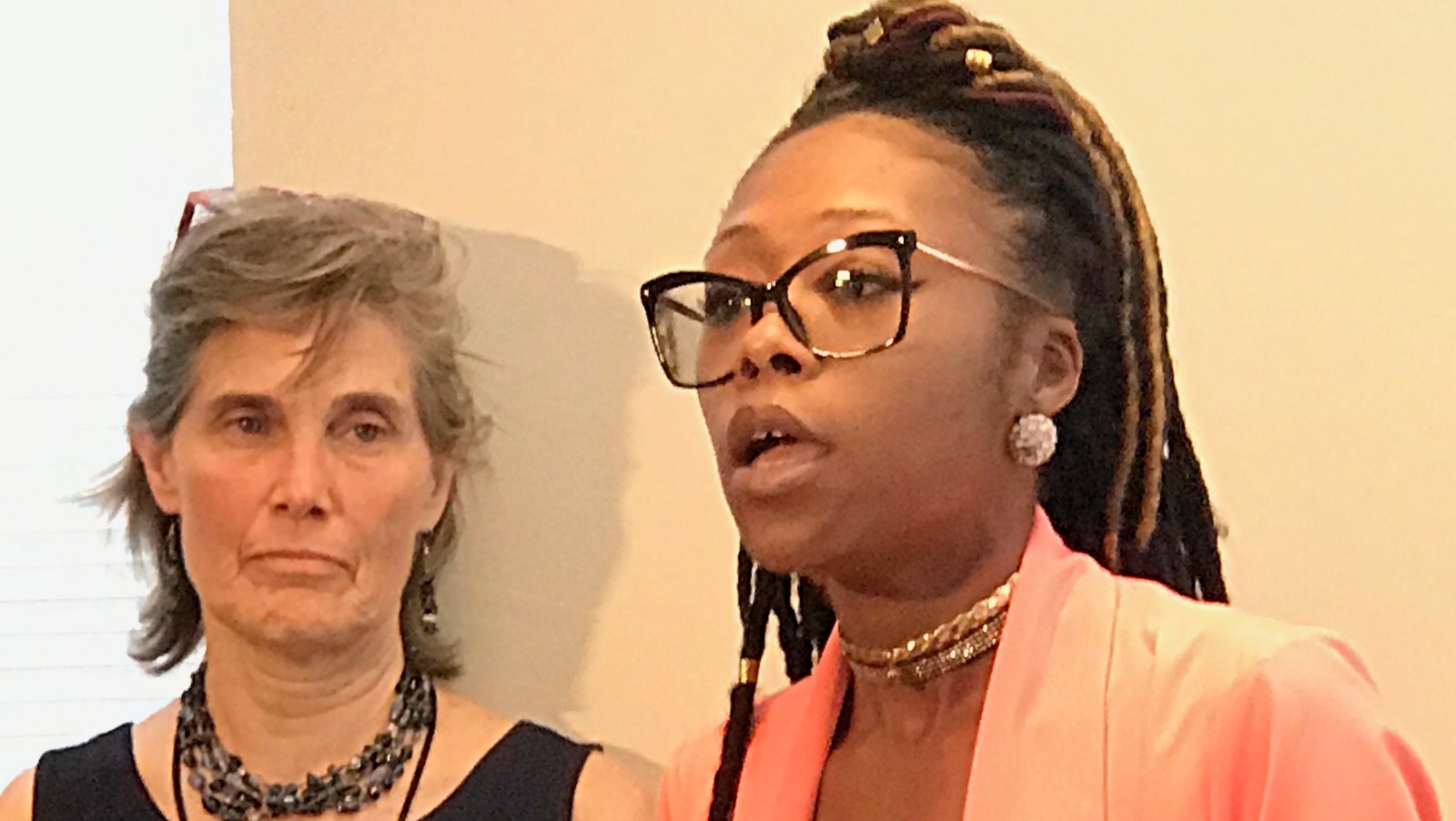 “I was victimized twice by the city,” Ashley Overbey said at the 2017 press conference announcing the “gag order” lawsuit jointly with The Brew. (Fox 45 News)

“It’s especially important because it is a cutting-edge case at the intersection between free speech and racial justice,” said Jeon.

Underwood had signed a confidentiality agreement as part of the $63,000 settlement of a suit she filed over what she said was a brutal beating by police who responded to a her call that her house had been burglarized.

In filing the case, she had been particularly upset about losing a portion of her settlement for speaking out, while a city attorney had commented publicly about her case with impunity.

“I stood up for what’s right and I am absolutely ecstatic about this ruling in favor of the people and their free speech rights,” Underwood said today.

“People should be able to tell their stories and defend themselves when they are seeking justice, especially when the city gets to tell their side,” Underwood said. “It gives me hope that we can see change for people and movement for police reform.”

Freedom of the Press

Baltimore Brew Editor and Publisher Fern Shen said the city’s policy stifled the ability of its journalists, as well as fellow journalists, to report on an issue of grave importance to Baltimore citizens.

“We are thrilled to see the judges affirm in such strong, clear language the unconstitutionality of the police gag orders,” Shen said.

The Reporters Committee for Freedom of the Press – along with 19 news organizations, including the Washington Post, Baltimore Sun and BuzzFeed – have filed an amicus brief supporting the lawsuit.

The appeal reverses the 2017 dismissal of the case by U.S. District Court Judge Marvin J. Garbis, who ruled that The Brew lacked standing and Overbey had waived her free speech rights when she signed the settlement agreement.

City Solicitor Andre M. Davis, who argued the case before his former Appeals court colleagues in Richmond last February, said today he was “disappointed” by the decision and planned to request it be reheard by all 15 judges on the court.

“The city believes the dissenting judge on the panel provides the correct analysis of the case,” Davis said in a statement to The Brew.

He was referring to the third judge on the panel, U.S. Circuit Judge Marvin Quattlebaum, a Trump appointee, who said in his rebuttal that the suit overstates the harm non-disparagement agreements cause.

The U.S. Justice Department’s 2016 report on misconduct at the Baltimore Police Department, Quattlebaum argued, “contains extensive information” on the issue.

Nothing in the agreement that Overbey signed prevented her from speaking “generally” about police misconduct, he wrote. And if Overbey did reference her specific experience, “there were just financial consequences.”

But the majority saw the matter differently, agreeing with lawsuit’s claim that the policy represents the government curbing potential critics.

“When someone with personal experience of how the city litigates and settles claims of police misconduct remains silent on those topics to avoid contractual liability to the city, the relevant public discourse cannot be considered ‘uninhibited’ or ‘wide open,’” Floyd wrote.

As for the city’s claim that the speech restrictions are needed to avoid “harmful publicity” to the city and to accused police officers, the panel rejected that argument in withering terms, saying that it “stumbles out of the gate, and we find it unpersuasive.”

“It is well-established,” Floyd wrote, “that vehement, caustic, and sometimes unpleasantly sharp attacks on government and public officials can play a valuable role in civic life and therefore enjoy the protections of the First Amendment.”

In bringing the case, the plaintiffs have argued it would be hard to find an American city where transparency about police misconduct and brutality is a more acute issue.

Incidents like the 2015 death of Freddie Gray in Baltimore Police custody and the corrupt and violent actions of the Gun Trace Task Force, they argue, are the complaint’s searing subtext.

A coalition of social justice groups, who have staged rallies and launched a social media campaign, has been pressing Baltimore City Council members to support ending the use of non-disparagement agreements as a vital step toward police reform.

The Appeals Court decision, he said, “is especially important in the current era where social media has helped shine a light on, and heightened the public’s awareness of, police brutality, especially in black communities.”

“It underscores the importance of the constitutionally protected right of citizens to speak freely and critically about the government,” Wolff continued, “and the strong public interest in allowing survivors of police brutality to continue to tell their stories.”