The Department of Housing and Community Development told The Brew today that the childhood home of Cab Calloway, the famous swing bandleader, will be torn down.

The department will follow the recommendations of the Druid Heights Community Development Corp., which reaffirmed on Saturday a plan – questioned by the Calloway family and other critics – to demolish the house and other properties on Druid Hill Avenue to make way for a new park.

“The city will conduct the demolition in accordance with the community plan,” said HCD spokesman Kevin Nash. The plan will include the razing of 2216 Druid Hill Avenue, where Cab Calloway lived with his family between 1916 and 1921.

A demolition permit for the site has not yet been issued, Nash said, but it is expected before December 31, according to Project C.O.R.E., the state program that is handling large-scale demolitions in East and West Baltimore. 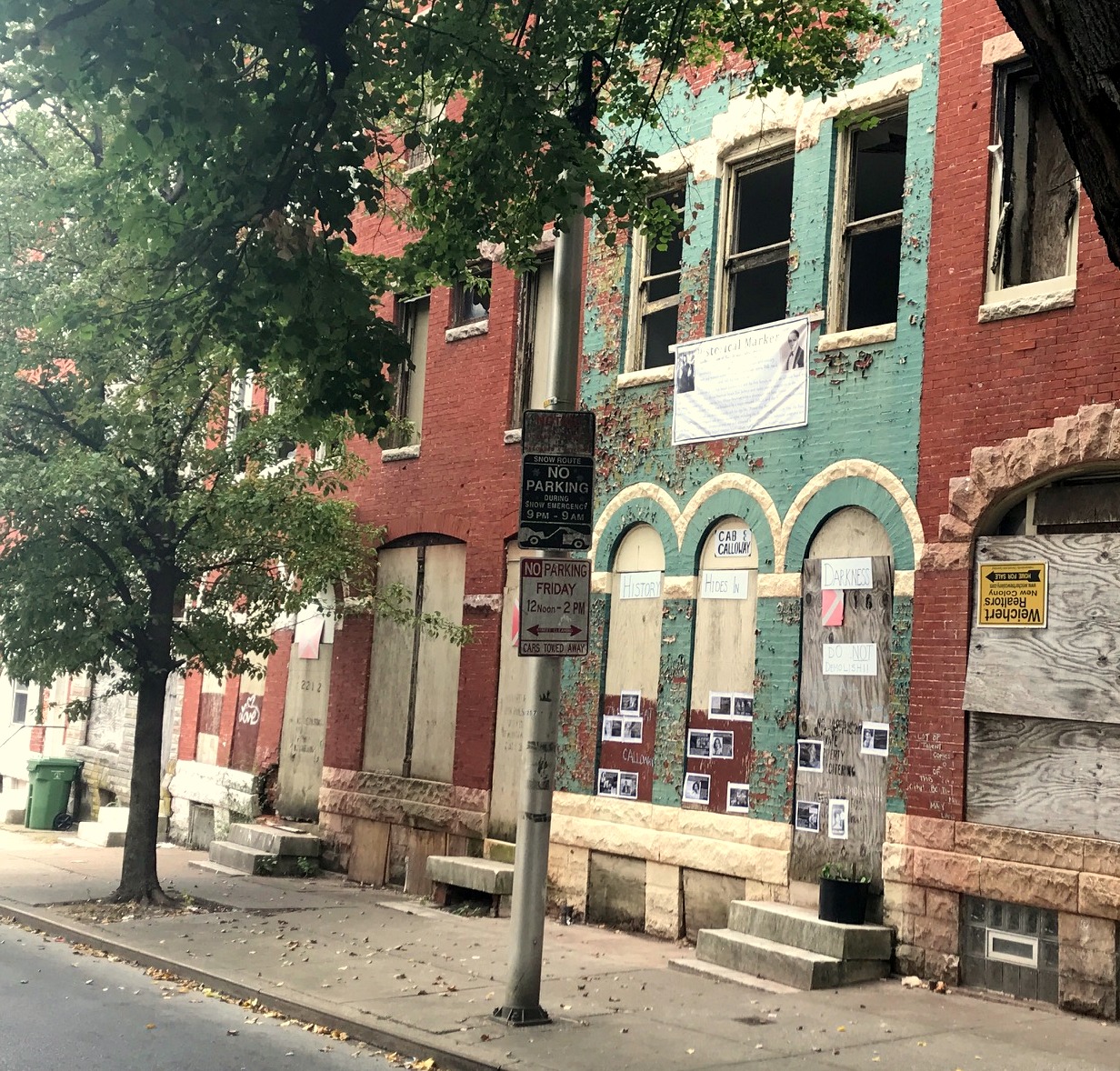 The vacant Cab Calloway house has been festooned with signs calling for its preservation. (Mark Reutter)

Bitter Words by the CDC

Today’s decision is a rebuff to Calloway’s grandson, Peter S. Brooks, who has spearheaded efforts by preservationists, music enthusiasts and others to save the house as a museum, community center or other public space.

While gaining a sympathetic ear from the public, including 104,000 views of a Youtube video, his campaign provoked harsh attacks from the leaders of the Druid Heights CDC.

“They will not let me in to present the petition to the community for consideration.”  – Peter Brooks.

This was on full display at last Saturday’s meeting when allies of Jacquelyn D. Cornish – who chairs the non-profit designed to promote local economic development – physically barred Brooks and several supporters from entering the building.

“I have 2,000 signatures here from citizens from the City of Baltimore and people from all over the world asking that this house not be demolished,” Brooks said outside the CDC office on McCulloh Street. “And they will not let me in to present the petition to the community for consideration.”

At the meeting, the park plan was “reaffirmed,” according to several observers.

The day before the meeting, Anthony Pressley, executive director of the CDC, sent Brooks an email that began, “You are despicable!!!”

“Discontinue your ‘devil work’ in this community.”  – Anthony Pressley.

Accusing him of “spreading lies and rumors” to get people to sign the petition, Pressley wrote:

“Discontinue your ‘devil work’ in this community. Your grandfather never cared about this community and neither do you. You are chasing money that is not there. Our next step is to report you to the Police and City Officials as [a] serious threat and constant harassment.” 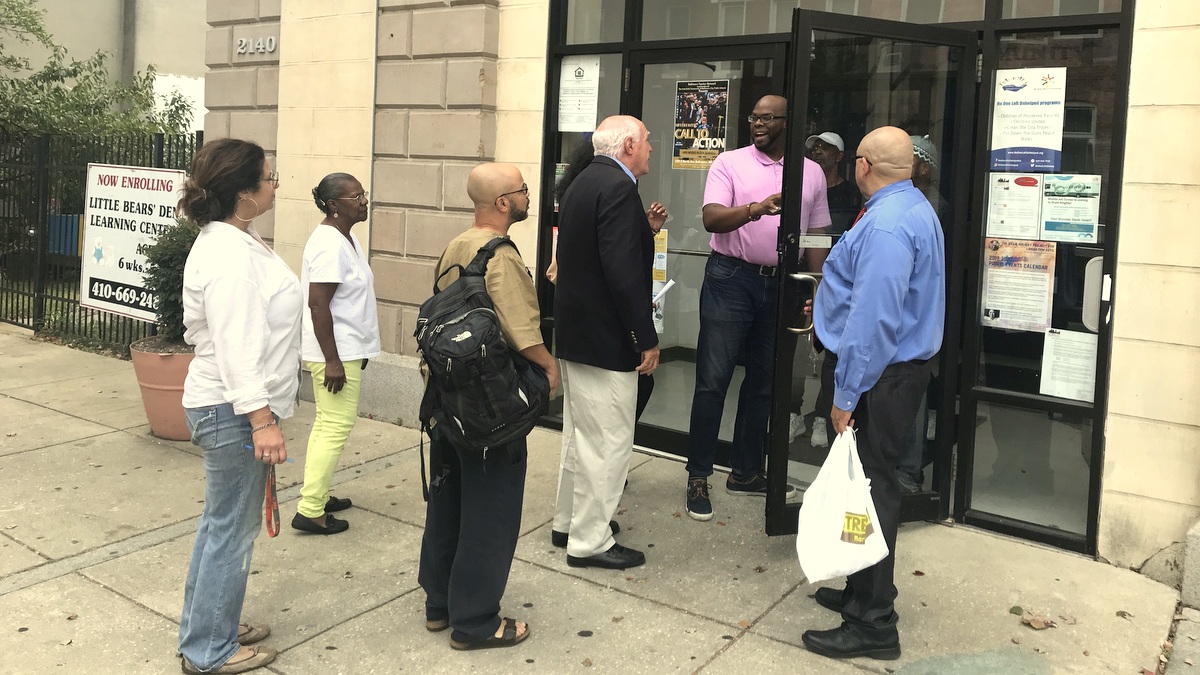 Brooks wasn’t the only person barred from the meeting. So were Marti Pitrelli and Brian Hawkins.

Pitrelli had angered the CDC by presenting proof to city authorities – and to The Brew, which first broke the story – that 2216 Druid Hill Avenue was the home of a teenage Cab Calloway as well as his older sister, Blanche, a noted singer and bandleader in her own right.

Thus began an effort to get the building protected under the city’s historic preservation (CHAP) law, which would require a review of the building’s historical significance before it could be demolished.

Eric Holcomb, director of CHAP, said placing the Calloway building under the CHAP umbrella was not feasible because the property was not within a CHAP district. He said HCD has sole jurisdiction over the fate of the building.

Blanche Calloway’s pioneering role as a female bandleader and her bravery in the face of Southern racism are honored on the house now slated for demolition. (Mark Reutter)

Hawkins, meanwhile, rubbed the Druid Heights CDC wrong when he and Charles Martin, a D.C. minority contractor, presented an unsolicited bid to HCD last month to buy the block of rowhouses that includes the Calloway house.

Hawkins and Martin told The Brew they had proven funds to renovate the buildings into stylish owner-occupied townhouses. As for the Calloway house, they proposed turning it into an Airbnb for traveling musicians and perhaps throw in a sound studio.

“We made what is admittedly an 11th hour bid because we weren’t aware that the block was going to be demolished. We have offered what we think is a far price to the city,” Hawkins said on Saturday.

HCD has returned the Hawkins-Martin offer because “we are not accepting unsolicited bids.”

“The Druid Heights CDC is asking for approximately $500,000 to demolish the buildings and start construction of a park. The problem is they don’t have a dime. So that’s all Baltimore City taxpayer money.

“My group has come along and says, we’ll buy that pile of bricks, turn it around, make it a great place to live. We believe we can sell the houses and create $8 million of value for the city.”

HCD spokesman Nash said today that HCD has returned the offer to Hawkins and Martin because “we are not accepting unsolicited bids.” 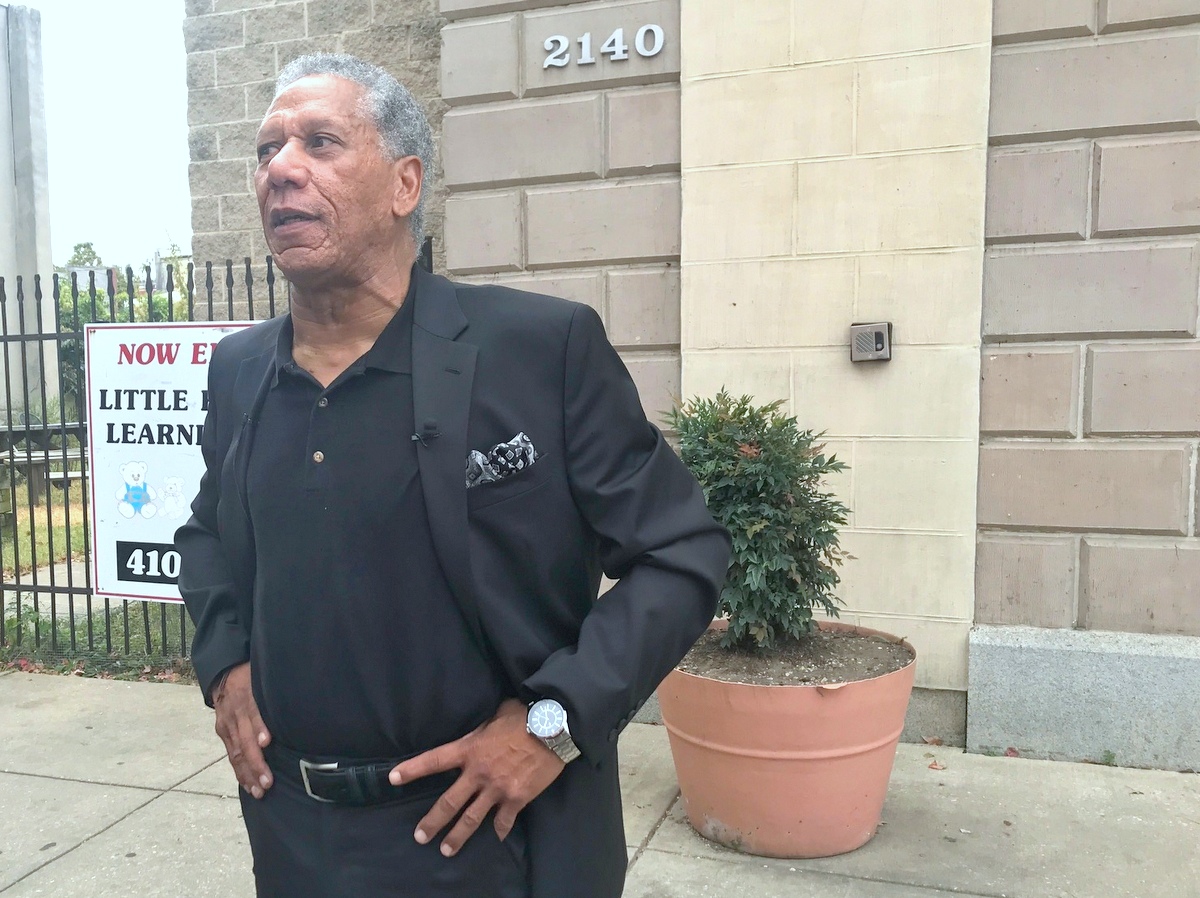 Asked today about his position, City Council President Brandon M. Scott said the park plan was the outcome of a community planning process.

But he said he would support “additional community discussion” in order to reach a consensus “given more recent concerns raised about the demolition of the property.”

Leon F. Pinkett III, the 7th District councilman who Brooks said was supportive of his preservation efforts, could not be reached for comment.

House was to be Saved

Nash did not respond to a question about how much money, if any, the city has allocated to construct the proposed park to replace the rowhouses.

Nash said the park is part of the city’s Green Network Plan and would encourage homeownership on neighboring blocks.

Originally, the Italianate buildings, constructed as an upscale development in the 1890s, were set to be sold to a developer and renovated.

The Druid Heights CDC, in fact, was slated to settle in one of the rehabbed rowhouses on the south end of the block.

Instead, the group moved to McCulloh Street and initiated the process to turn the area into a park.

Over the summer, Cornish said there were plans to retain parts of the Calloway house’s facade to form an archway entrance into the park. Bricks from the house also could be used for a pathway, she said.

At that time, the park was to be named “Cab Calloway Square.” Recently, the name was changed to “Founders Square,” reflecting the growing animosity between the CDC and the Calloway family.

In an email to Pressley and Cornish last week, Brooks said, “You have a buyer, everyone loves his proposal, and he has met every requirement that the city has asked of him. All he wants to do is rehab those buildings and create houses. . .

“This is my family and this is an important place in American history that no arch or brick pathway can ever replace.”