Douglas S. Kerr left his city job on Friday after evidence was discovered of alleged improprieties over his handling of sensitive information as Baltimore’s chief of risk management.

The veteran bureaucrat, who was hired in 2006, is being looked at for forwarding proprietary city information to private parties, two sources tell The Brew.

Paid $122,198 last year as a senior member of the Department of Finance, Kerr oversaw an office that handles workers’ compensation claims by city and school employees and oversees safety rules and regulations.

He did not respond to a message left at his Cockeysville home today.

His departure has not been publicly disclosed. Mayor Bernard C. “Jack” Young’s office has not responded to requests for comment, nor has Henry Raymond, director of finance.

A claims manager for various private insurance companies before he joined city government, Kerr was named one of “America’s leading risk managers” by Insurance Business America magazine in 2018.

In its citation, the magazine credited Kerr with establishing a strategic planning committee to develop best practices for Baltimore’s workers’ compensation program.

“He was also responsible,” the magazine said, “for setting up a safety shoe store, which ensures that employees are provided proper footwear for protection against workplace hazards.”

Kerr was further praised for co-leading a team that oversaw safety and risk management for Baltimore’s first Grand Prix, “ensuring a safe event for the 1 million spectators of the street-circuit race,” the magazine said, citing an attendance figure far beyond the estimates of 150,000 to 160,000 spectators when the race took place in September 2011. 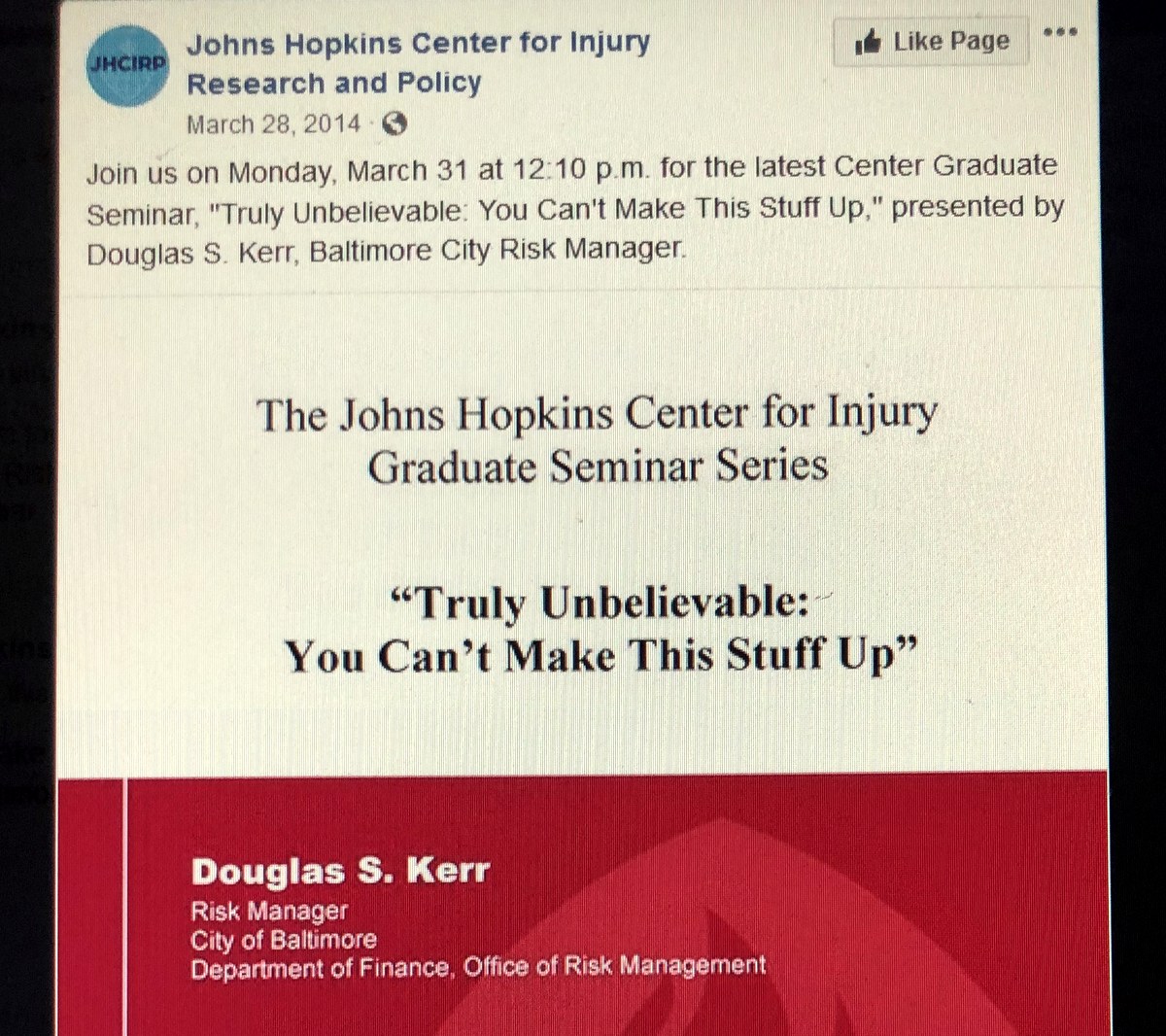 In 2014, Kerr presented “Truly Unbelievable: You Can’t Make This Stuff Up” at a seminar at the Johns Hopkins Center for Injury Research and Policy.