With an intense red backdrop behind them, a large audience in front of them and just 40 seconds to answer each question, 23 candidates for mayor grappled with Baltimore’s big issues last night.

One of them, businessman Rikki Vaughn, had a pithy way to show he cares about education equity, observing “we got individuals sitting in City Hall with heat, but you don’t have heat in city schools.”

“I would make sure if my students are in classrooms with no heat, then we would have no damn heat at City Hall,” Vaughn said, drawing applause.

Others got an audience reaction with ideas from the 1970s.* One candidate vowed to bring back “home economics” and another said “food deserts” should be ended by bringing arabbers, Baltimore’s horse-drawn food peddlers, back to the city.

“We have programs in the past where we used to give vacant houses to people for a dollar – we’re going to bring that back,” said Thiru Vignarajah, who also cited a more modern idea, community land trusts, in addition to the Schaefer-era “Dollar Houses.”

* Hat tip to @bmoreProjects, who shared this observation at the event. 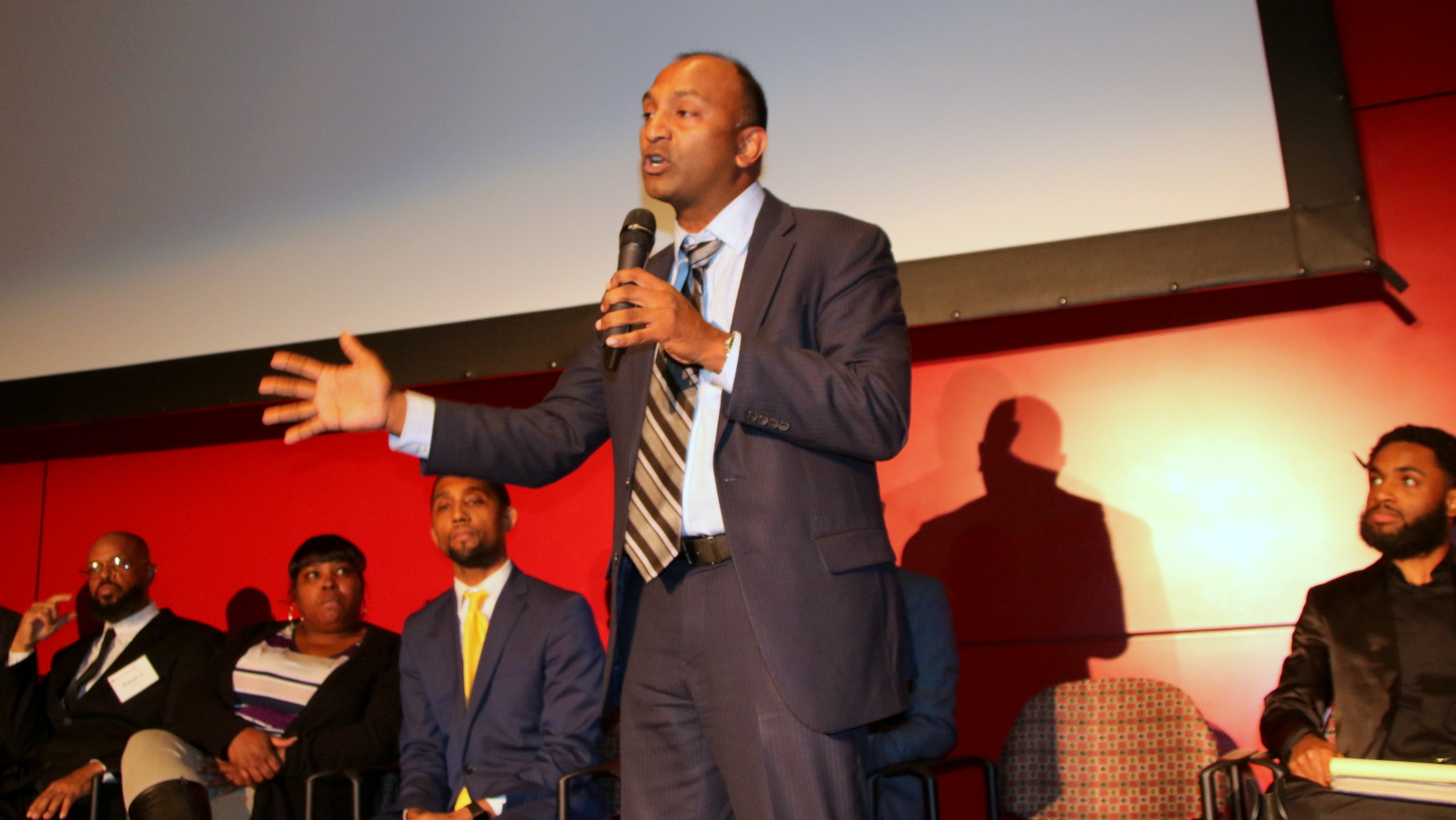 Their observations came as part of a mayoral forum held at the Reginald F. Lewis Museum last night, with questions based on a survey funded by Open Society Institute-Baltimore and the T. Rowe Price Foundation.

It was moderated by Lisa Snowden-McCray, editor of the Baltimore Beat and an executive producer at the Real News Network, and WYPR radio host, Tom Hall.

One candidate not present at the forum was Mayor Bernard C. “Jack” Young. Organizers said they were told he had “a schedule conflict.”

A few candidates had easy answers to some of the questions, such as the one about the voter-approved $20 million Affordable Housing Trust Fund, partially funded by real estate transaction fees. The Fund should prioritize reusing vacant buildings for affordable housing, 40 percent of Blueprint respondents said, “do you agree?”

“I absolutely agree, that’s why I one of the co-sponsors of the legislation that added the $20 million,” Scott said.

Candidate Dante C. Swinton called that law “a great start,” but argued that more is needed.

“That’s why I want to re-allocate an additional $72 million to go to affordable housing in different communities across the city, like Park Heights, Curtis Bay, Sandtown-Winchester – communities of color,” Swinton said. 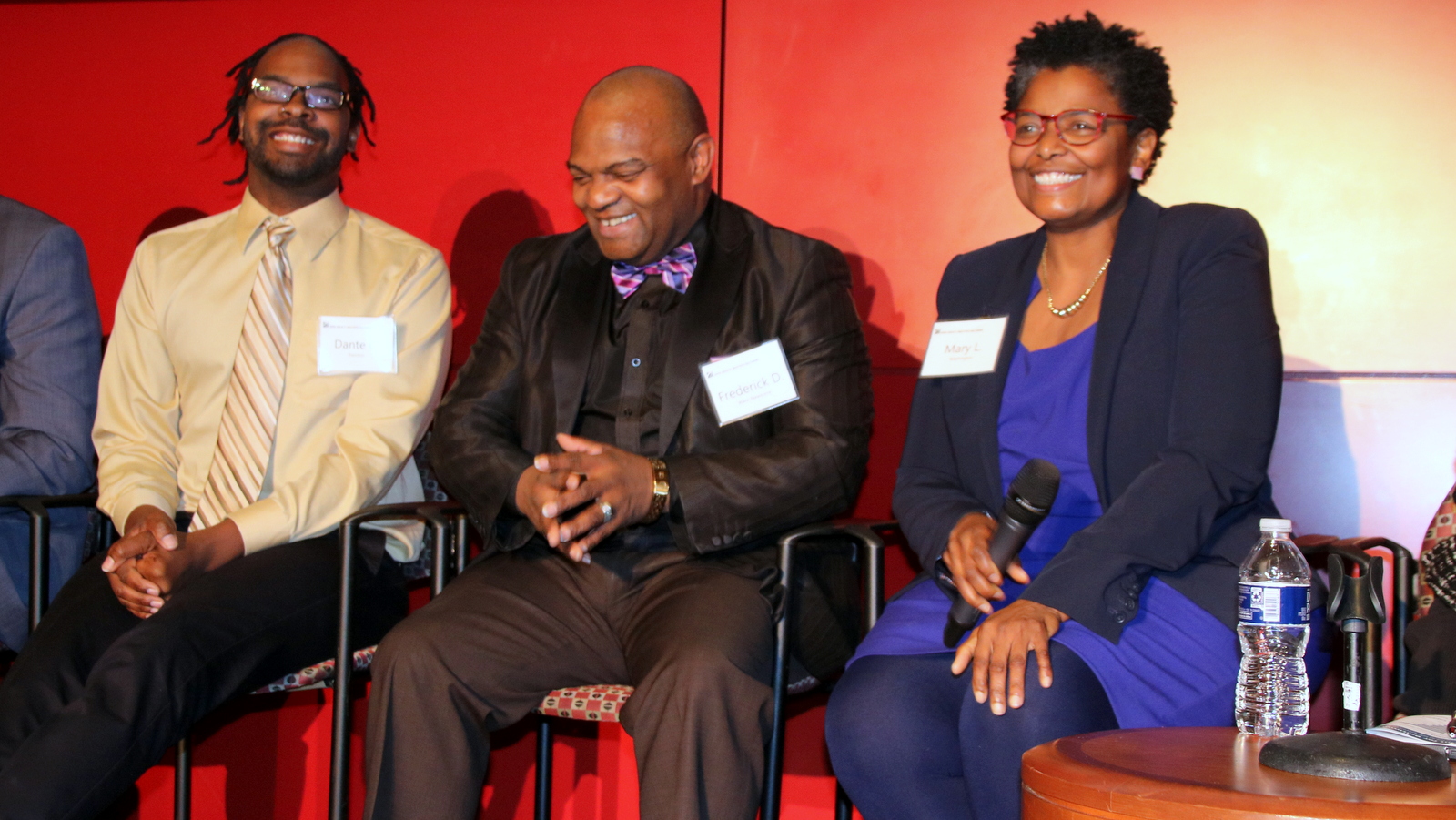 Regarding education, most of the candidates called for full funding of the Kirwan Commission recommendations and criticized the city’s high spending on police, especially for overtime.

“As mayor, I would flip that around,” Washington said, also plugging “trauma-informed care” and fully funding the “community schools approach.”

The only candidate who spoke out against lowering police spending was Brian J. Salsberry. Addressing the subject of public safety, he said he would “ask the president of the United States to send in military units.”

To which Ralph E. Johnson Jr. offered a “hell, no!” response.

Johnson also vehemently rejected a crime-fighting proposal that Vignarajah has strongly backed, but did not mention last night – a privately-funded pilot program to fly a surveillance plane over the city.

“The first thing I will not do is bring in the spy plane,” Johnson said to audience cheers.

One moment of tension at an otherwise low-keyed, good-government event occurred when Hall directed a question about the Police Department’s federal consent decree to former mayor Sheila Dixon.

Amid booing and hissing in the room, he stopped mid-question. Clearly irritated, Dixon told the audience, “He does that a lot to me.”

Hall resumed asking how Dixon as mayor would implement the consent decree and change the culture at the BPD.

Speaking with some heat, Dixon directed listeners to her campaign website:

“You will see my extensive, holistic approach to reducing crime, not only in the future, but my past record as the only mayor that was able to reduce crime, convict individuals, work with the state’s attorney and court system and reduce the police department’s budget,” she said. “So let me just put that out there.”

That was pretty much the only mention of Pugh at the event.

The ex-mayor’s recent guilty plea to federal crimes – together with the broader subject of city government corruption – was not broached by anyone speaking at the two-hour forum.