City Council members Isaac “Yitzy” Schleifer and Eric Costello pushed ahead on Monday with their plan to subsidize residents and businesses that install security cameras – but not without some muted dissent.

The Public Safety Committee, chaired by Schleifer, yesterday sent the camera rebate bill sponsored by Costello to the full Council.

Hours later, the bill was fast-tracked to third and final reader, ensuring it will go to Mayor Bernard C. “Jack” Young next month, who has signaled he will sign it.

“The purpose of this bill is to put more cameras up to aid the police,” Costello said. “It has proven to be a deterrent of crime in neighborhoods.”

The two Council members said funding for a pilot program will come from grant money earmarked for public safety, not from the general fund. They haven’t said how much the pilot or the expanded program would cost.

At yesterday’s hearing, Councilman Zeke Cohen asked officials from the finance department how much they plan to spend on the pilot program and how much the rebates might eventually cost.

He said he hasn’t gotten satisfactory answers. “I am disappointed in the lack of clarity from the administration. I wanted to see more numbers.” 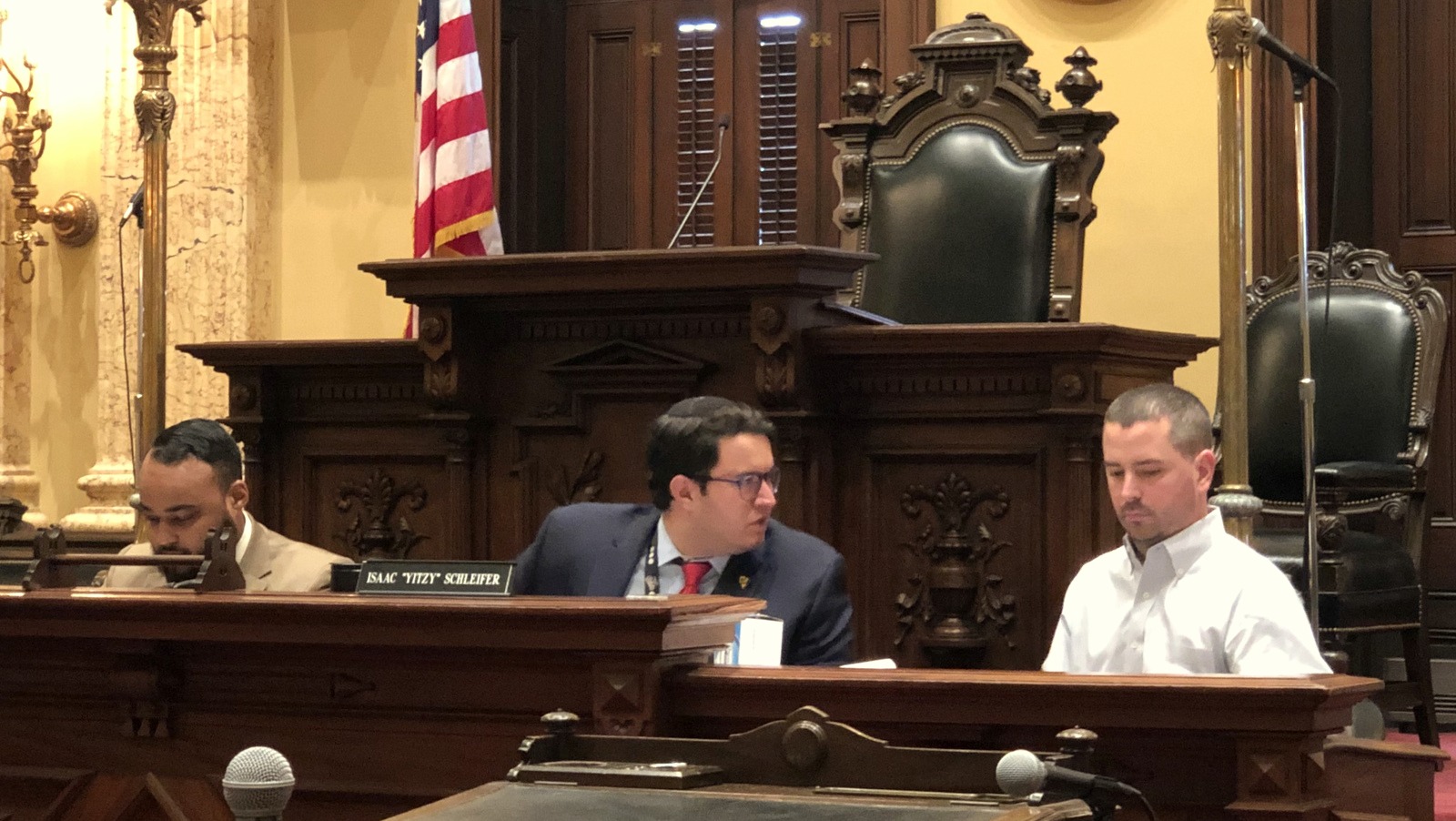 Schleifer and Costello want to replicate a Washington, D.C., program in which residents, businesses and local institutions are incentivized to install security cameras on their property and register them with the Metropolitan Police Department.

Here’s how Baltimore’s program is expected to work:

The city would provide a $150 rebate to residents and businesses who, after June 1, buy a doorbell security camera like the Amazon Ring or Google Nest and register it with the CitiWatch Community Partnership, a program run by the Mayor’s Office of Criminal Justice in conjunction with Baltimore Police.

No more than two cameras per residential property and three cameras for a commercial property would be rebated.

Participants would agree to point their cameras toward a public place, like a sidewalk or alley, for two years.

Their names, addresses and contact information would be added to a database that police check when looking for clues on suspects. With an owner’s consent, police could use footage to identify suspects.

Asked yesterday if there are any statistics proving the effectiveness of doorbell cameras, Burnett said “no.”

There’s not much more than anecdotal evidence that cameras deter crime since it is nearly impossible to directly link crime trends with camera placement, isolated from other factors. It’s equally unclear how many cameras a given block would need to reduce crime.

But camera footage has been credited with solving cases across the city and neighborhood camera networks are popular in places like Patterson Park in Cohen’s southeast district.

At $150 a pop, the price of such a program in Baltimore would be $1.1 million, excluding administrative costs.

Cohen said he is generally supportive of home security cameras but hesitant to vote for a rebate program when the city is faced with other pressing priorities, such as finding hundreds of millions of dollars to meet the education recommendations of the Kirwan Commission.

Councilwoman Shannon Sneed agreed with Cohen at yesterday’s hearing, saying, “I just wish we had a better estimate of what we’re spending.”

In the end, however, Sneed and Cohen both voted for the bill.

The only dissenter in the full Council was Ryan Dorsey.

As for an inkling of future costs, Washington has so far rebated 7,400 private cameras.

At $150 a pop, the price of a similar program in Baltimore would be $1.1 million, exclusive of administrative costs.

Burnett proposed an amendment prohibiting businesses with 25 or more employees from getting the rebate. The Public Safety Committee voted it down, but he introduced it again before the full Council, and it passed last night.

Schleifer countered that it is unlikely that big corporations like Target would apply for the rebate because it’s not worth their employees’ time.

“That’s not gonna happen,” he said.

Costello argued “there’s a component for equity built into this bill” because it would give residents in low-income and high-crime neighborhoods a priority for rebates, although how that would practically work is not spelled out.

Asked what would happen if the city gave the same amount of money to anti-violence groups such as Safe Streets or Baltimore Ceasefire, Burnett said, “It would probably work a little better.”