Faced with the threat of a court injunction, the Baltimore housing department backed away today from demolishing a West Baltimore block that contains the childhood home of bandleader Cab Calloway.

“I was just about to drive to the courthouse to file for an junction based on our demolition appeal,” Murphy said.

He had earlier notified Housing Commissioner Michael Braverman of his pending court filing if the city didn’t stop demolition of adjacent rowhouses to the Calloway house, which he said would “likely lead to the collapse” of the building.

The Brew reported yesterday that the city’s demolition contractor had already ripped out the front steps of the Calloway house, leaving a gaping hole at the base of the building.

Both the housing department and Mayor Bernard C. “Jack” Young’s office said the action was done to “safeguard” the marble steps and did not violate the city’s promise, made a week earlier, not to demolish the Calloway house until a demolition permit hearing was heard.

So far, the hearing has not been scheduled, said Murphy, who added that “the importance of today’s ‘halt’ is to protect the setting of the Calloway house. We will be arguing that the setting is as important as retaining the house. In fact, tearing down all those buildings and just leaving the single house would be bizarre.” 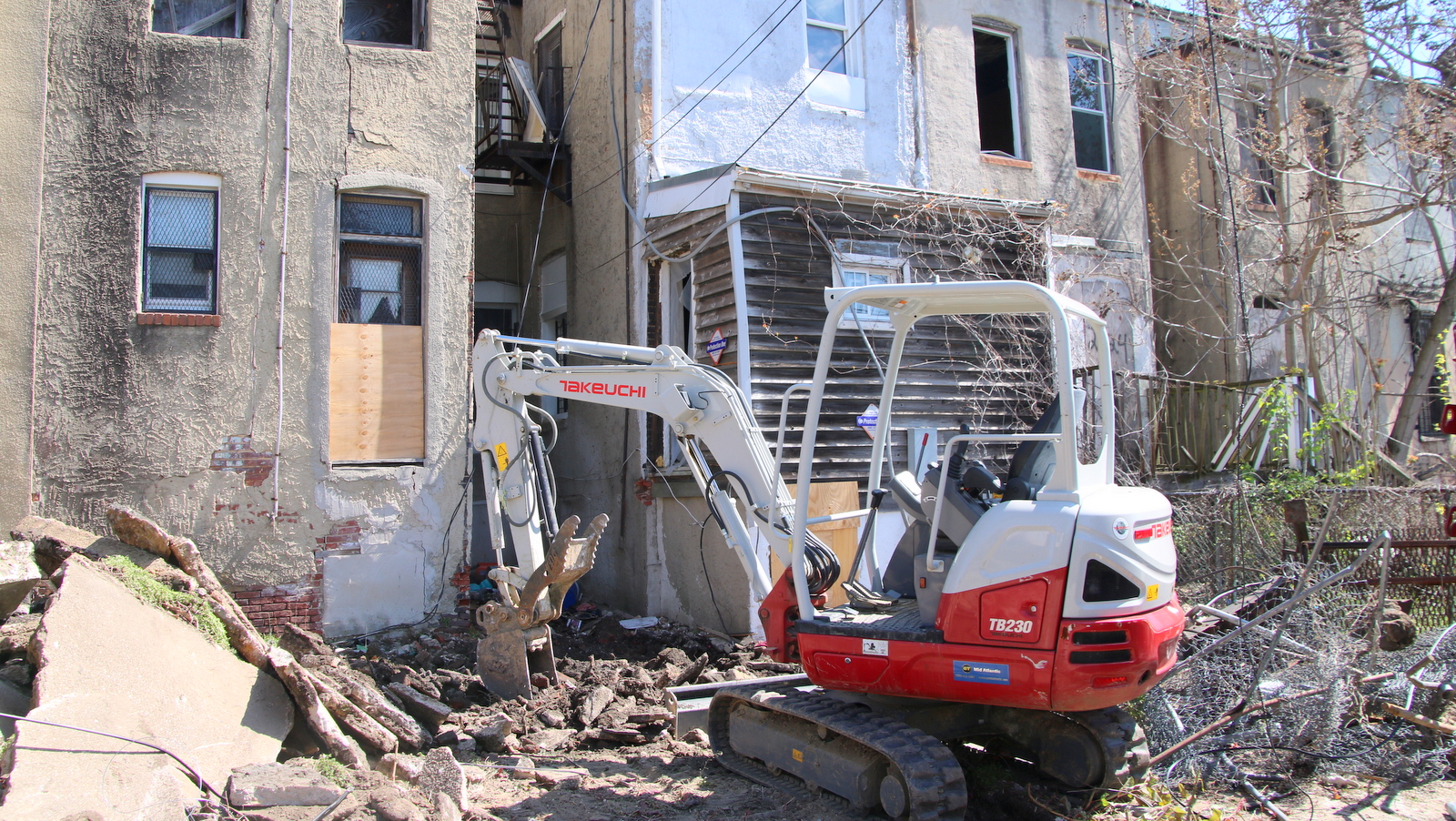 Workers cleared away rubble and debris yesterday from behind the 2200 block of Druid Hill Avenue in preparation for demolition. (Fern Shen)

Earlier today, mayoral candidate Thiru Vignarajah held a press conference in front of the fenced-off house, joined by members of the Calloway family and others.

Vignarajah denounced the planned demolition as “reckless, irrational and vindictive at a time of global crisis.”

Camay Murphy, a daughter of the bandleader, said Calloway listened to and played music at Pennsylvania Avenue clubs while he was growing up in the house. “He made an extraordinary contribution to American culture and every aspect of his life should be honored,” she said.

Marvin L. “Doc” Cheatham Sr., former president of the Baltimore chapter of the NAACP, criticized the city for “literally throwing away history.”

“This is probably the most historic area in civil rights [history] in America, this neighborhood right here,” he pointed out.

“What is Baltimore saying to us? That civil rights and African American history are of no importance? That a community development corporation has the right to tear our history away in the name of money. No, this must not and should not happen,” he said.
____________________
To reach this reporter:
reuttermark@yahoo.com 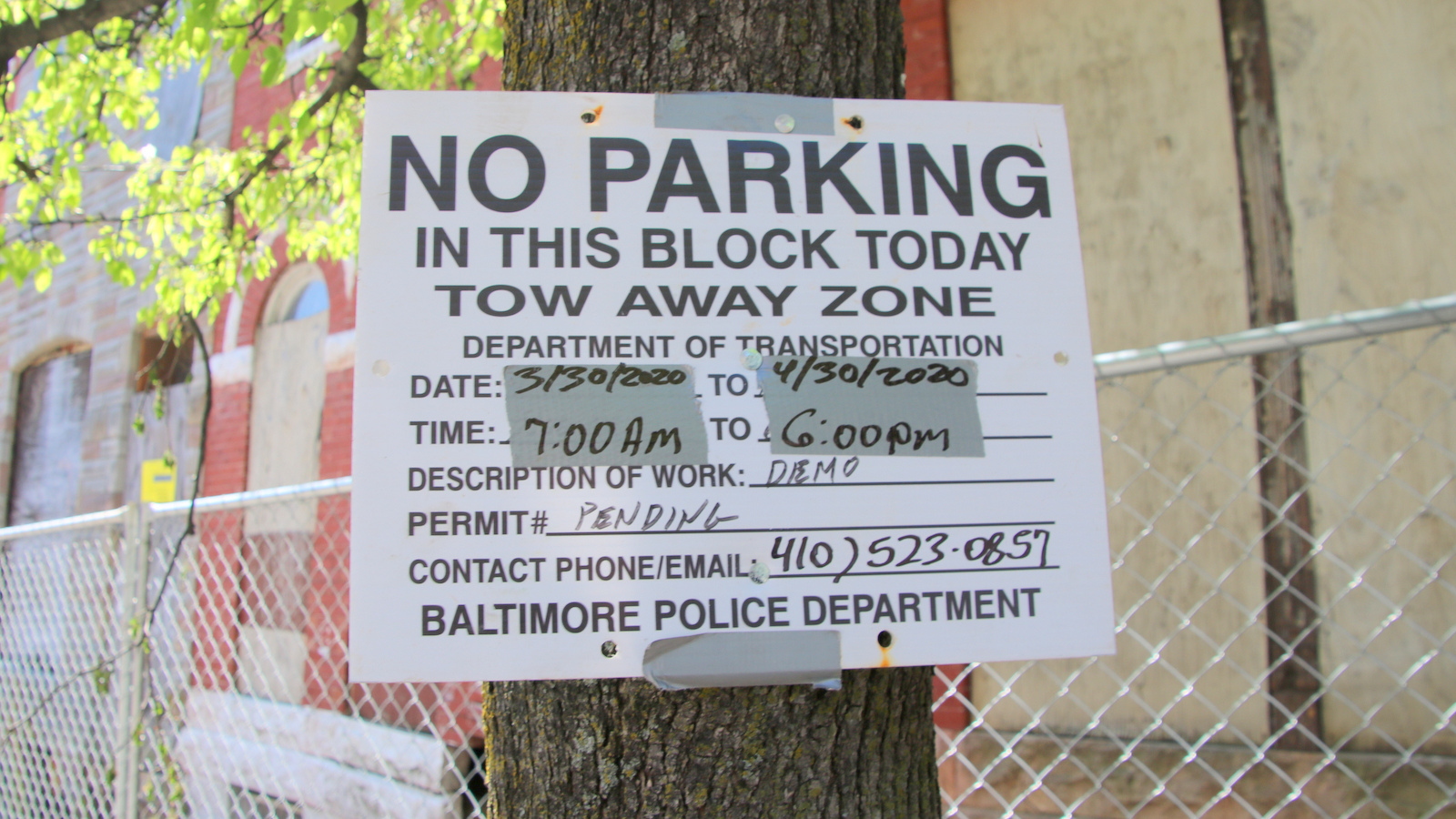 A sign outside of the Calloway house announces the city’s intention to “demo” the block over the next month. (Fern Shen)