A photo of a young girl hard at work, during her first day with a Chromebook provided by the city, nearly brought the Baltimore Schools CEO to tears last night.

Her voice cracked, and Sonja Santelises had to pause as she told the Board of School Commissioners about her efforts to minimize the unequal impacts of the coronavirus outbreak on students.

“It reminds me why I do this job,” Santelises said. “As challenging as the past few weeks have been, it has been a poignant reminder that this is what I enjoy doing.”

She thanked students and teachers for transitioning to remote learning as quickly as they have in the face of the pandemic.

“With all the imperfection, fear and challenge that this moment can bring, I can’t say strongly enough just how much work, and how committed, the full team of City Schools staff has been.”

Since Maryland schools closed in mid-March, students without internet or devices have been literally disconnected from their classrooms.

In response, the school system has purchased 12,000 Chromebooks and 14,000 power cords, a Santelises aide said, on top of the 13,000 already being distributed.

About 7,500 Chromebooks have reached students as of last night, the aide said, up nearly 2,000 from the previous day. 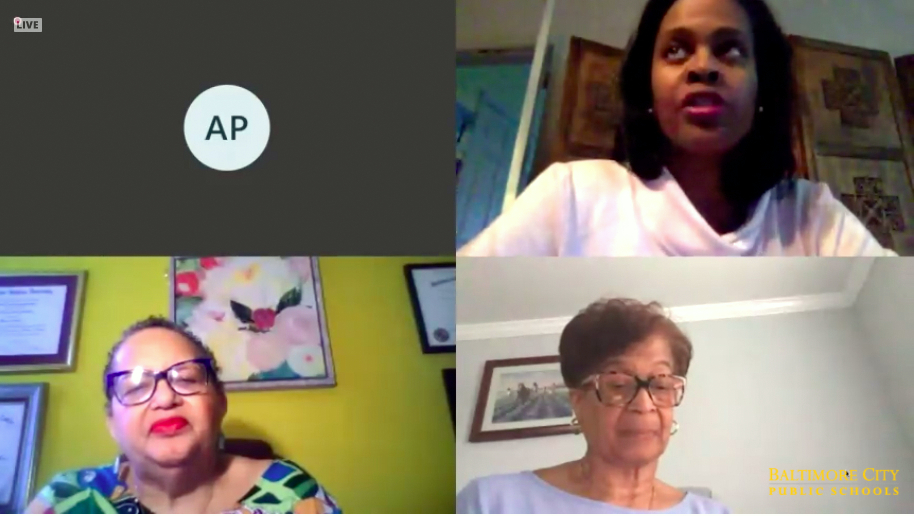 On Monday, the City Council passed a bill that allows Mayor Bernard C. “Jack” Young to divert $9 million from the city’s Children and Youth Fund to help students and their families through the pandemic.

The bill calls for $3 million to go toward closing the “digital divide” and $6 million toward feeding families.

City Schools is also piloting a program to extend internet services to nearby households in partnership with the Digital Harbor Foundation.

Board Chairman Linda Chinnia echoed Santelises’ laudatory message, saying, “If we had known about the disease, I don’t know that we could have done more than we’re doing now.”

Zach Taylor, speaking on behalf of the Baltimore Teachers Union, asked the board to push for the school year to be shortened by five days – from 180 to 175 – so as not to burn out teachers in late June.

Teachers normally work nights and weekends, grading and lesson-planning, he said. But during the pandemic, when everyone is at home, “the boundaries between working and not working have blurred even further.”

After working straight through spring break to prepare for remote teaching, teachers are “fried,” “stressed” and “overload[ed],” he said.

In order to make up some of that time, Taylor asked the board to allow schools to operate normally on June 2, the day of the primary elections.

The reason why schools are closed on election days doesn’t apply to the current situation, Taylor said. The election will be vote-by-mail, which means schools won’t have to serve as polling sites. And since everyone is at home, he said, voters don’t need extra accommodations.

• Seniors will not have to complete their community service requirement in order to graduate.