Donald Trump spent about an hour in Baltimore yesterday, making Memorial Day remarks at an event city leaders asked him to cancel in recognition of infection risks due to the coronavirus.

Fort McHenry, where the event with the president and wife Melania Trump was held, remained closed to the public

A scattering of supporters showed up on Fort Avenue to support Trump, some wearing “Make America Great Again” hats and others carrying #ReopenMaryland signage. 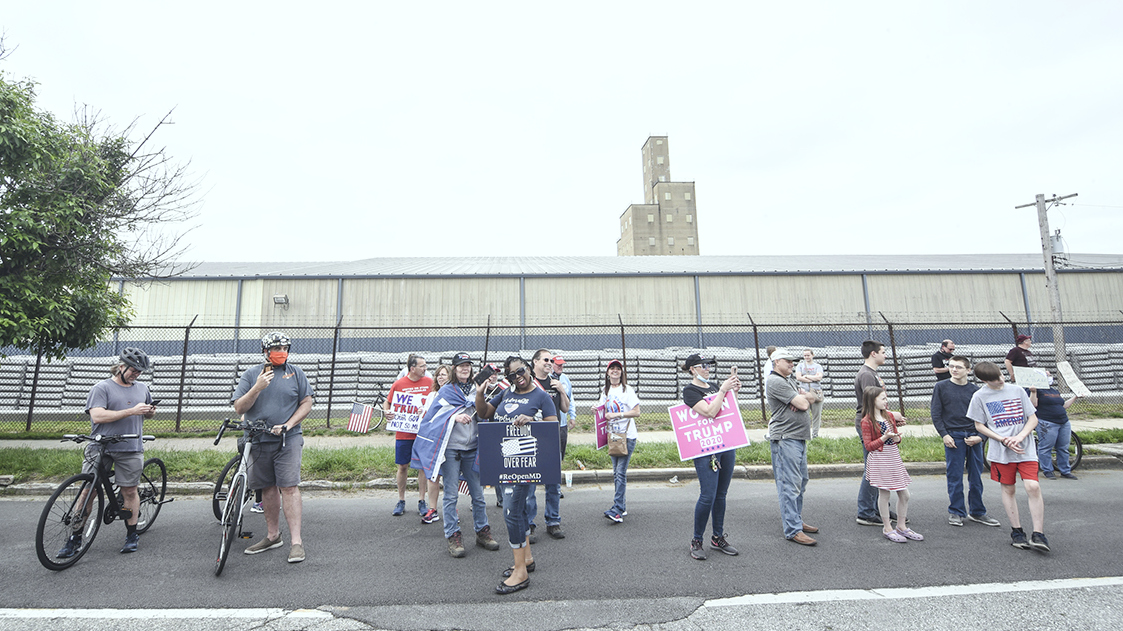 Supporters gather in Locust Point as President Donald Trump speaks at Fort McHenry. Below at right: one of the few Trump critics who showed up. (J.M. Giordano) 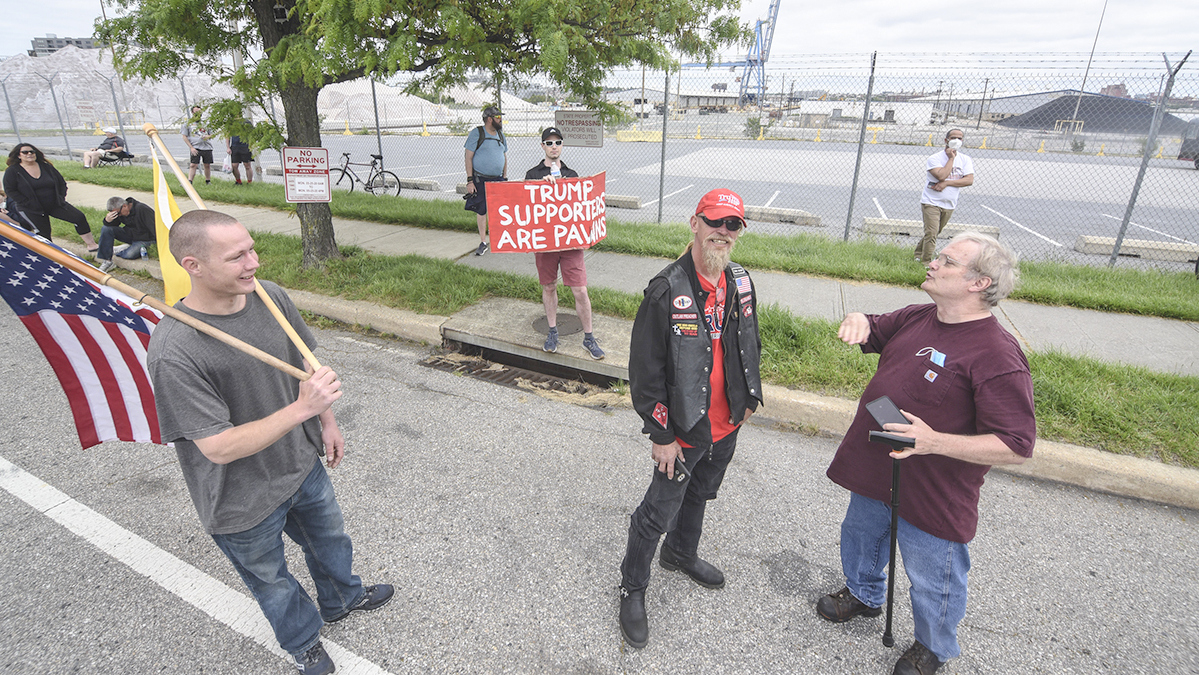 Five anti-Trump protesters were the focus of a few supporters’ ire, but no incidents were reported. Social distancing wasn’t observed and only a handful of his supporters wore masks.

Eager to support the president, his supporters cheered and clapped at any aircraft that flew over.

“War against this virus”

In his remarks, Trump remembered military veterans and those who fought and died in war and said National Guard members involved in Covid-19-related duty should also be honored.

“Once more, the men and women of the United States military have answered the call to duty and raced into danger,” Trump said.

“Tens of thousands of service members and National Guardsmen are on the frontlines of our war against this terrible virus – caring for patients, delivering critical supplies, and working night and day to safeguard our citizens.”

According to press reports, most of the 200 guests listening to the speech wore masks, but Trump did not. 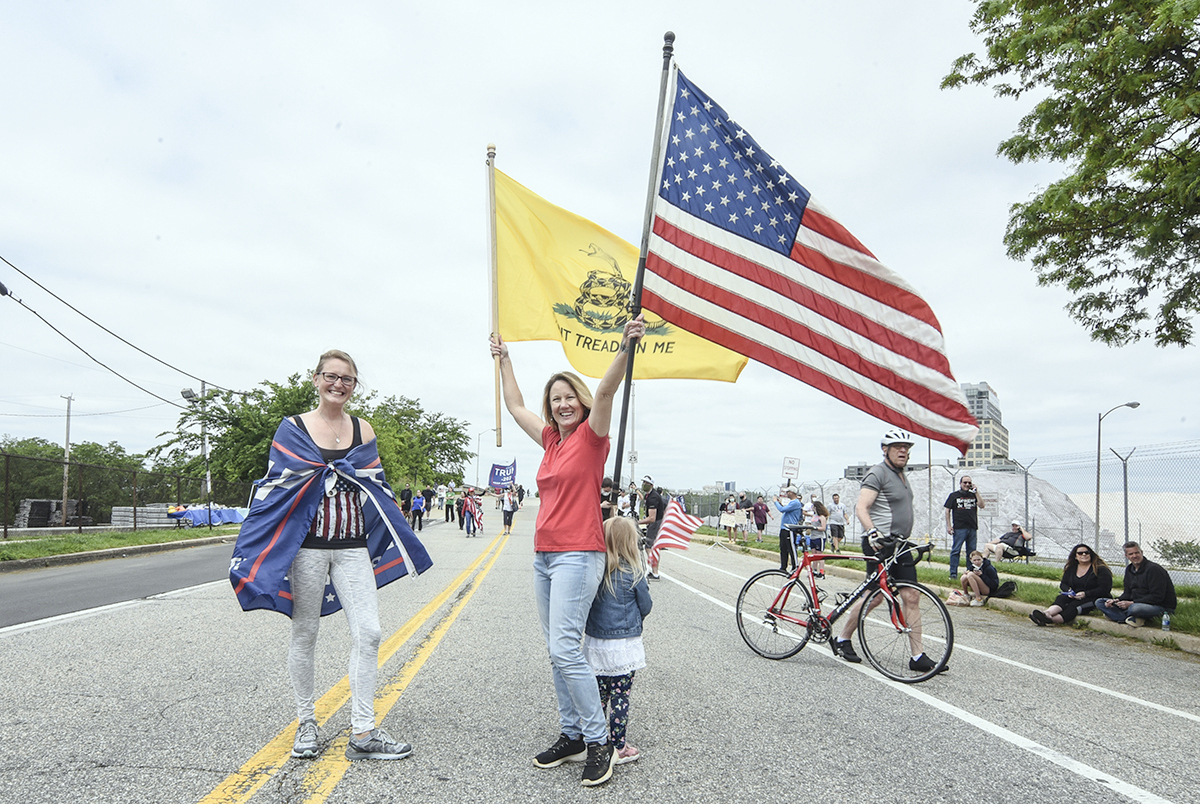 Trump supporters outside of Fort McHenry and (below) along Fort Avenue. (J.M. Giordano) 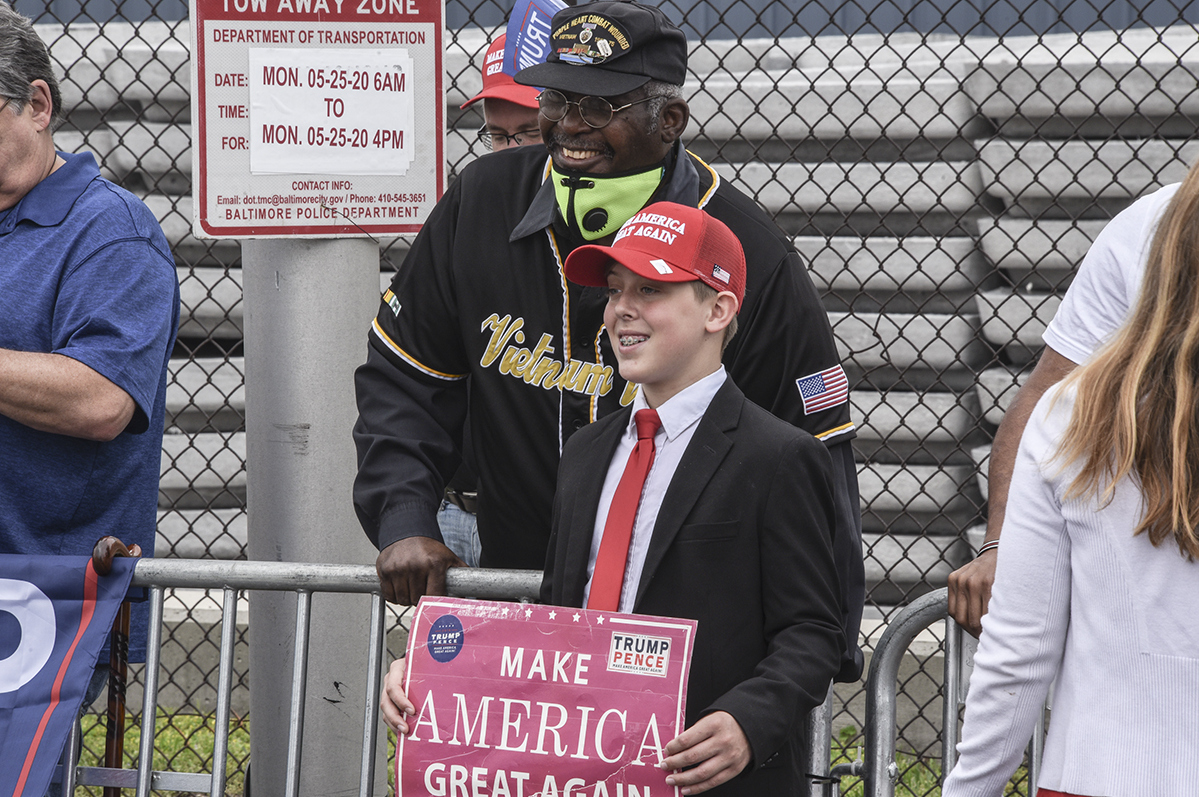