Every Wednesday, between 500 and 600 people wait hours in line outside Sacred Heart of Jesus Church to receive a free Covid-19 test.

But much of the time, half or more of them are sent home without getting tested.

So says Rev. Bruce Lewandowski, the pastor at this southeast Baltimore church, who is facing a dire situation:

His parishioners are dying – 17 out of the 3,000 who attend services there have passed away due to Covid-19-related illness – and yet he cannot get sufficient tests to meet the demand each week in the parking lot behind his church, where Baltimore City Health Department staffers conduct the testing.

“It really is life and death because we’ve had people go home and die, because some of these folks wait for hours to test if they have the virus and are turned away,” Lewandowski said.

Lewandowski and other pastors say that this problem exists because Gov. Larry Hogan and the state government are not providing Baltimore with enough tests to meet the city’s needs, especially for Lewandowski’s parishioners who are primarily from the Latino and immigrant community.

The 21224 zip code in East Baltimore accounts for more confirmed Covid-19 cases than anywhere else the greater Baltimore region, and has the fifth-most cases of all Maryland zip codes, according to the state’s Covid-19 database. 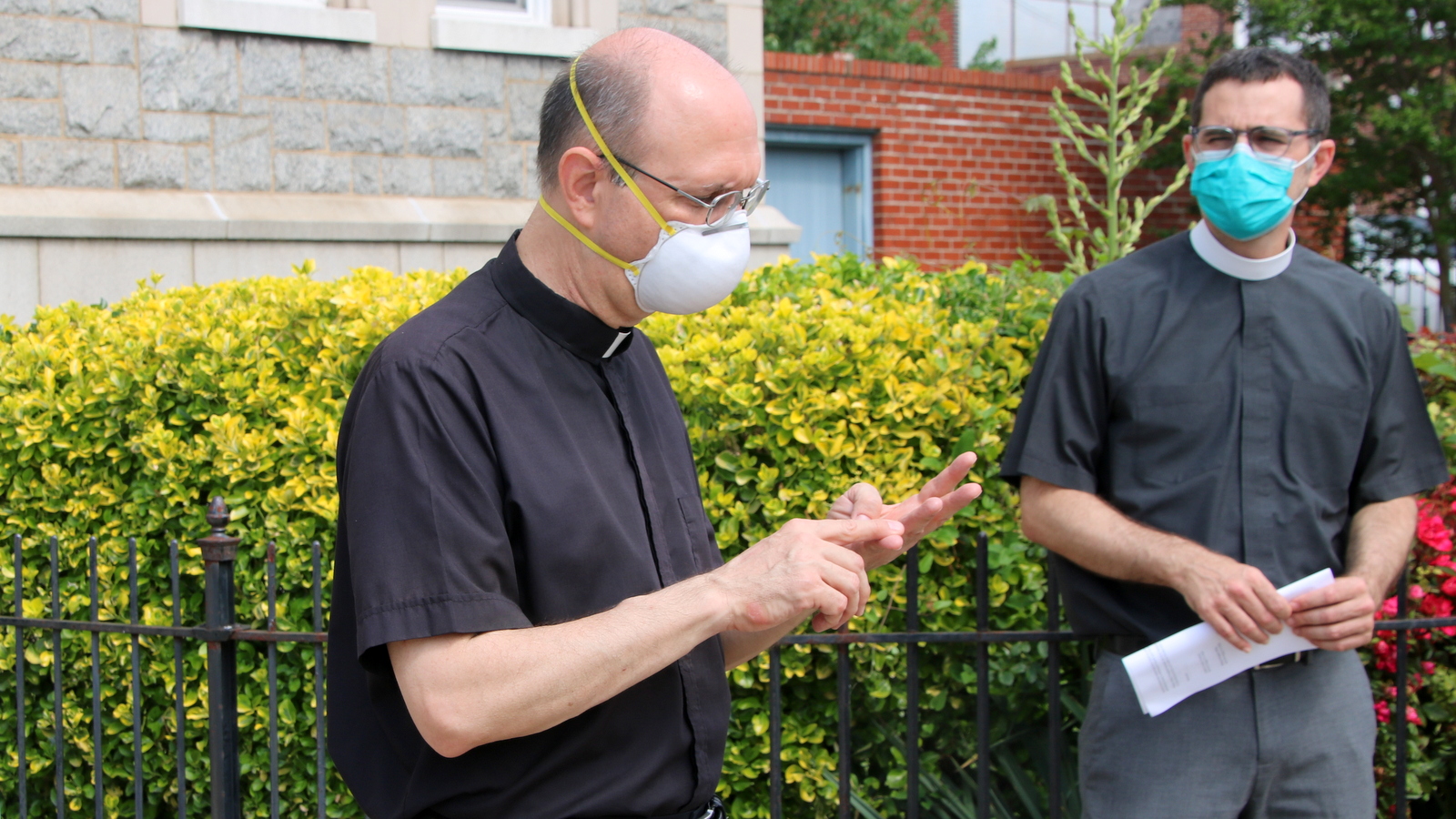 Foster Connors, clergy co-chair of Baltimoreans United in Leadership Development (BUILD), joined with Lewandowski and others to call on Hogan to help by providing more tests to Baltimore. By increasing tests, BUILD also hopes to open additional community-based testing sites.

Lewandowski says that, while Baltimore has been receiving 1,000 Covid-19 tests per week, up from 500 per week, that’s not nearly enough.

According to Foster Connors, Hogan’s office ignored a letter from BUILD and Sacred Heart requesting a meeting. That led to today’s news conference again asking Hogan for more tests and to visit their church to see the situation firsthand.

“As recently as two days ago, [Hogan’s] administration testified that any jurisdiction that needs more tests can get them,” Foster Connors said.

Asked to respond, Charles L. Gischlar, deputy director of the Maryland Department of Health, said Maryland is “exploring ways to work with this organization directly to ramp up their testing program.”

“As part of our long-term strategy, state officials regularly provide tests to local jurisdictions, particularly so that they can offer community-based testing,” Gischlar said in an emailed statement.

“It is our understanding that Baltimore City currently has at least 1,500 tests on hand from the state. ”

For the 3,000 parishioners who attend Sacred Heart of Jesus Church, deciding whether or not to get tested for Covid-19 isn’t just a concern, it’s often a momentous decision.

Since starting with 400 people in line the first Wednesday the church offered the tests, it has expanded to somewhere around 500 or 600 people, who line up around the block after 7 a.m. 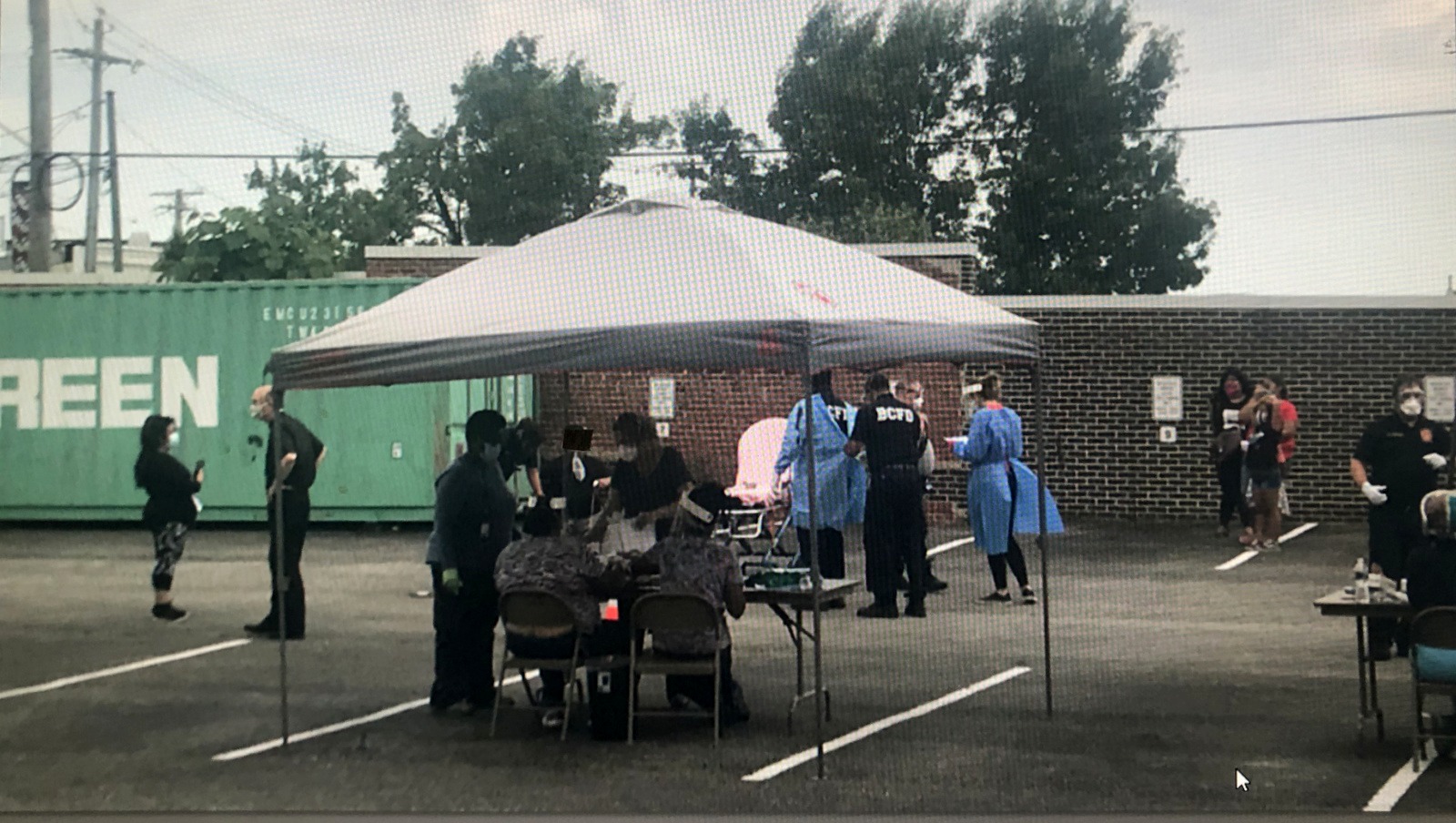 Since the virus made its way to Maryland in March, 17 church-goers have died due to Covid-19, and three are currently in intensive care, Lewandowski said Friday.

This past Wednesday, two parishioners collapsed with breathing issues while waiting in the hot sun for a test, and were taken in ambulances to the hospital, Foster Connors added.

Each week, between 150 and 200 tests are provided but they run out, with hundreds more waiting in line, Lewandowski said.

The group that comes in to get testing is a mix of symptomatic and asymptomatic individuals, along with people who need confirmation that they’re Covid negative, so they can return to work, Lewandowski said.

The testing is offered in Sacred Heart’s parking lot each Wednesday from 10 a.m. to 2 p.m. on good weather days and on some Friday mornings as well. 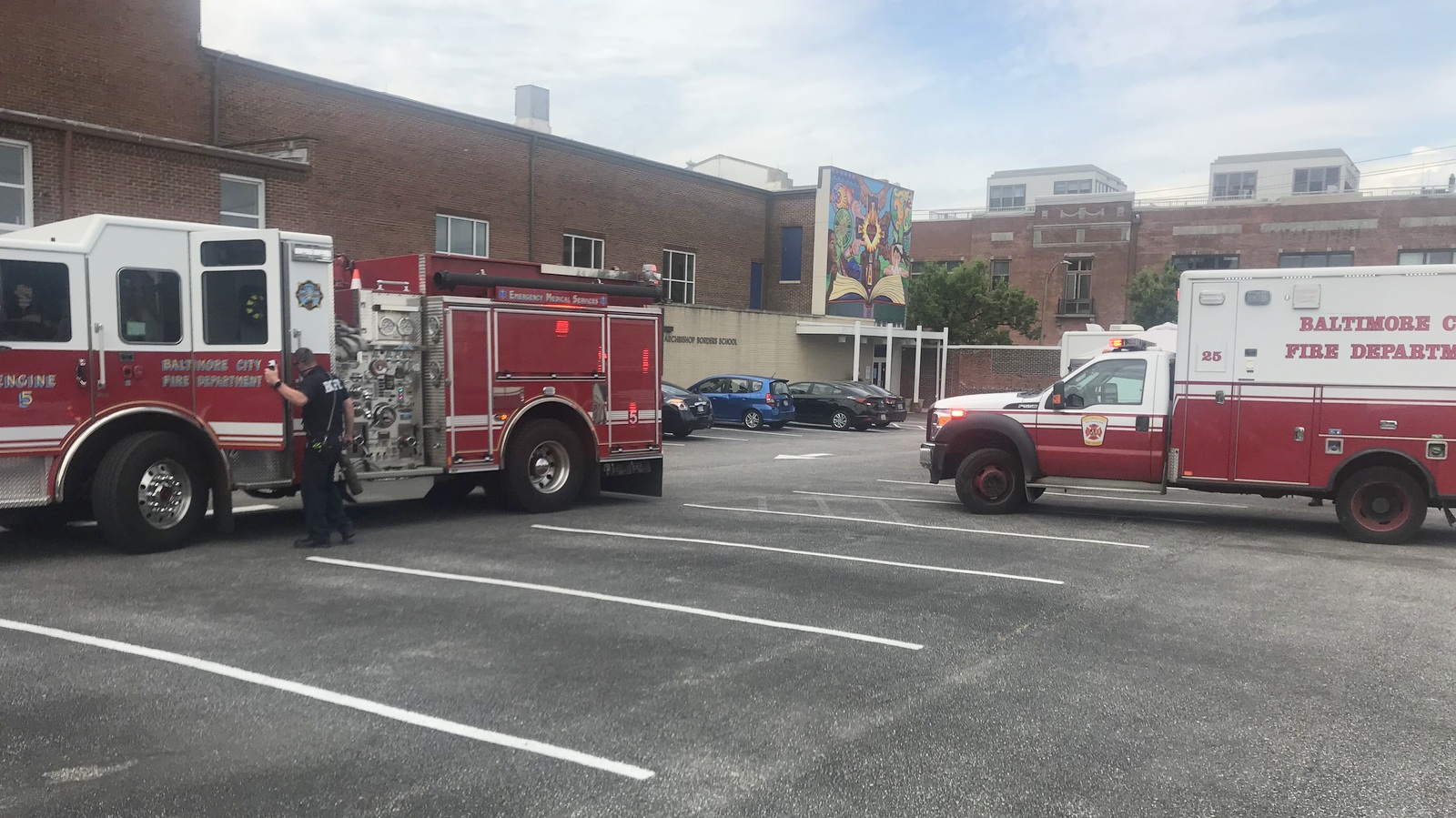 Ambulances arrive Wednesday to care for someone who collapsed while waiting in line at the testing site at Sacred Heart of Jesus Church. (Handout photo)

Adding to the problem is the fact that members of Baltimore’s Latino community are often reluctant to get tested for Covid-19 unless it’s their last option, the pastors said.

“There’s plenty of access [to testing] in some of these centers, but you need a doctor’s referral, and you need insurance and have to pay,” said Lewandowski. “Our community doesn’t have insurance, no primary care physicians and can’t pay because no one’s working.”

Being undocumented is also a concern that makes it difficult for some to come in for testing, he added.

“Our community doesn’t have insurance, no primary care physicians and can’t pay because no one’s working”  – Rev. Bruce Lewandowski.

“The city doesn’t have a safety net for the city’s undocumented residents right now,” Lewandowski said. “For those folks there’s a lot of worries about coming in for treatment, along with lots of financial hardship, because people can’t pay their bills and many are out of work.”

Angel, a local radio DJ who’s originally from Mexico, came in to get tested on May 27 after experiencing severe body pains.

“I waited about three hours in the line, and then I was surprised when I got in that everyone spoke Spanish,” he told The Brew, speaking by phone.

Not long after, Angel was told he had the virus. After being hospitalized and getting over most of the symptoms, he has been spending more time at home, although he recently had to go back into the hospital for body aches, he said.

For the city’s Latino community, Angel said the difficulty is deciding whether or not to go in to receive testing, realizing that it might reveal other members of your family have it as well.

“There’s just a fear of what happens if you go in to get tested and actually have the virus,” said the 42-year-old from South Baltimore’s Brooklyn neighborhood.

“There’s a lot of stress here in the community right now about the virus.”

• To reach this reporter: lkrauss2@gmail.com