Last Thursday, the Department of Public Works hinted at a health crisis at its Eastside sanitation yard, issuing a cryptic statement about “staffing modifications” designed to “respond to Covid-19.”

Yesterday the agency came clean during a City Council budget hearing, saying it will immediately suspend curbside recycling services for three weeks after 15 employees reportedly tested positive for the virus.

“DPW is shutting down all operations at the Bowleys Lane Sanitation Facility out of an abundance of caution to protect our solid waste workforce,” acting DPW director Matthew W. Garbark announced last night.

He did not explain the reason for the shutdown except to say that “we are working closely with employees and their families to protect their health.”

The department had been aware of the virus spreading among employees for nearly a week, said a DPW supervisor, who asked not be identified because he was not authorized to speak to the media.

“They knew they had an issue and never told nobody,” the source said. “Then yesterday, they told Brandon Scott [president of the City Council], ‘Oh, by the way, we’re going to have to stop recycling because we got this problem.’” 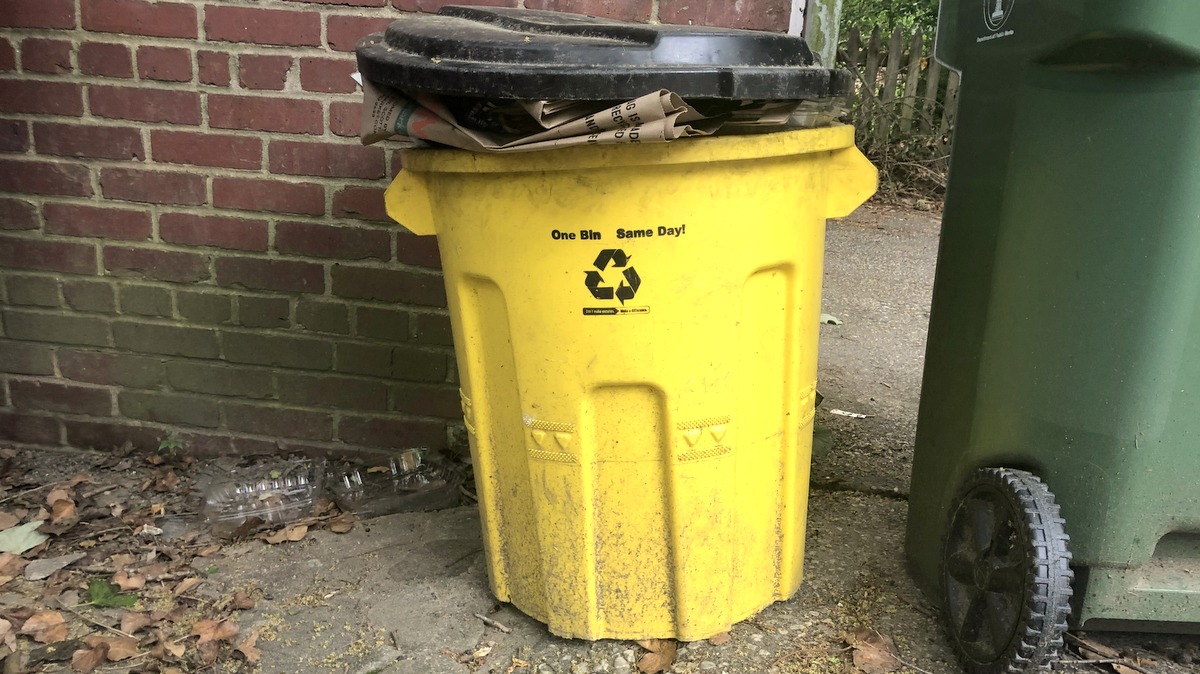 The cause of the Covid outbreak was the failure of Bowleys Lane supervision to follow the same precautionary measures that the city demands of private employers and citizens, according to the source.

“They had been holding meetings at a conference room that was so small they couldn’t social distance like they are supposed to. They had on masks, but they’d take the masks off. Then last week, people started getting sick.”

At first, DPW tried to manage the problem by ordering solid waste crews to report to work as usual, the source said. By Monday, however, several employees were refusing to report to the yard, while others were walking off the job.

At first, DPW tried to manage the problem by ordering solid waste crews to report to work as usual.

When officials found out that 15 employees had tested positive for the virus – including a supervisor who reportedly has been hospitalized – all recycling services were suspended.

As of now, the yard will be closed for three weeks as equipment and the buildings are sanitized. Employees have been told to stay at home and self-isolate.

The suspension of curbside recycling means that Baltimore residents will have one trash pickup per week during the rest of June.

DPW has further warned Eastside residents that regular trash pickup “may experience a delay” this week, but all curbside trash should be collected no later than Saturday, June 13.

The outbreak at Bowleys Lane raises the question of whether DPW has redundancy plans to ensure the maintenance of vital services under its purview.

While trash recycling is not essential, ensuring the flow of clean water at the Montebello and Ashburton water treatment facilities is. So is the 24/7 operation of the Back River and Patapsco sewer treatment plants, which serve the greater Baltimore region.

DPW employs hundreds of specialized workers to maintain these facilities.

Attempts to reach Garbark about what might happen if other DPW divisions are impacted by Covid were unsuccessful.

Today the Sisson Street Citizens Drop-Off Center, at 2840 Sisson Street, was reopened to allow residents to drop off recycled goods.

Residents can also take their recycling to the Northwest Transfer Station, at 5030 Reisterstown Road, or the Quarantine Road Landfill, at 6100 Quarantine Road, in far South Baltimore. The facilities are open during regular business hours, Monday through Saturday.