More people were able to stay hydrated and in the shade today while waiting for laptops for their school-age children.

But they still had to endure a Code Red extreme heat alert while standing for long periods outside of City Schools headquarters on North Avenue.

Community advocate Erica Hamlett, who described conditions on the line on Facebook Live, called the school administration’s actions reactive and still not enough.

While the wait time was about an hour and a half today – down from over two hours on Thursday – “the line is crazier than it was the other day,” Hamlett said.

“And these tents are really not doing much,” she added.

• Baltimore families wait for hours in the heat for student computers

Speaking to The Brew, a spokesperson for City Schools CEO Sonja Santelises said “we have no excuses” for the conditions that families faced last Thursday waiting for computers.

“We definitely acknowledge that what happened on Thursday was not ideal,” said Gwendolyn Chambers. “We are always striving to provide a high level of customer service.”

The administration is “looking to move toward a school-based distribution plan,” says a spokesperson.

Chambers said 760 families came for Chromebook laptops and WiFi hotspots Thursday, far more than were expected, causing longer wait times. She said the average had been 190 up to that point.

Asked if Santelises’s office was aware of the health department’s heat advisories, Chambers said, “I’m not sure. It’s possible.”

In addition to providing water and tents, Chambers said school staff will get families’ information while they are in line in order to reduce wait times. She also said the administration is “looking to move toward a school-based distribution plan.”

Hamlett said she believed coverage by The Brew and WMAR was the reason for City Schools’ action. “This was a case of ‘we got caught, and let’s figure out what we can do to save face,’” she said.

Narrating on Facebook Live today, Hamlett expressed surprise at watching a staffer hand out water. Even though she said City Schools must do more, she was glad they did something.

“They haven’t gotten it all-the-way right,” she added, “but it seems like they’re doing something, and I am grateful.” 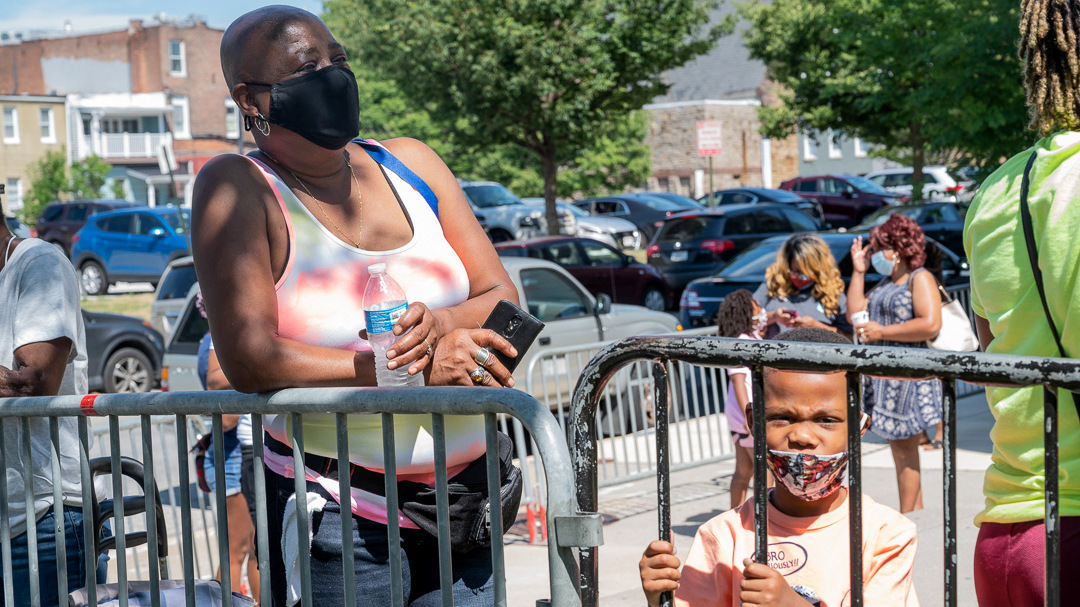 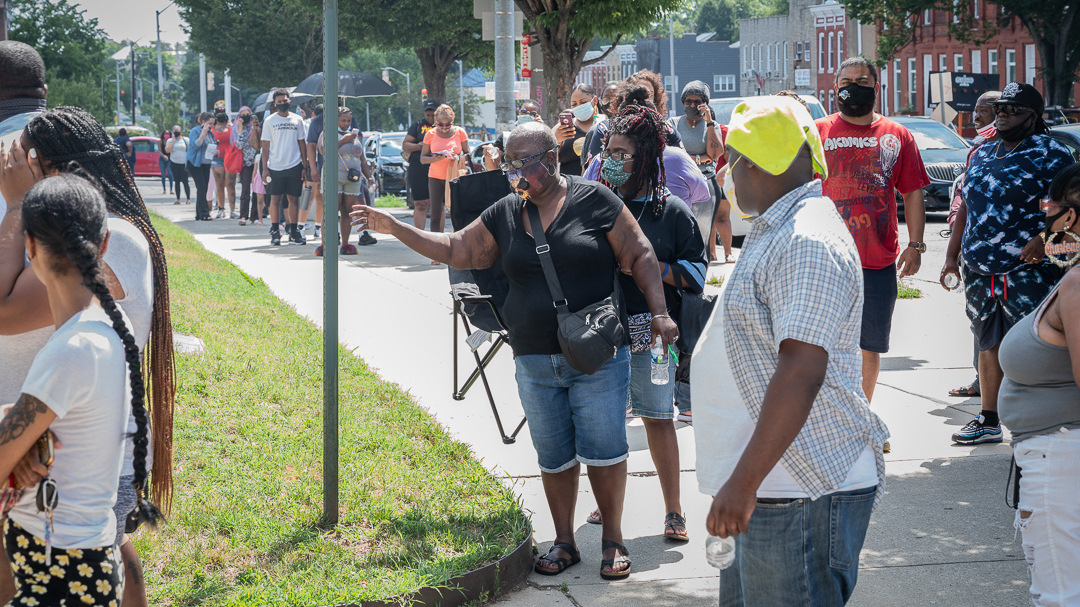 About 100 people stand in line for computer equipment for their children, many bringing umbrellas for sun protection. (Jennifer Bishop) 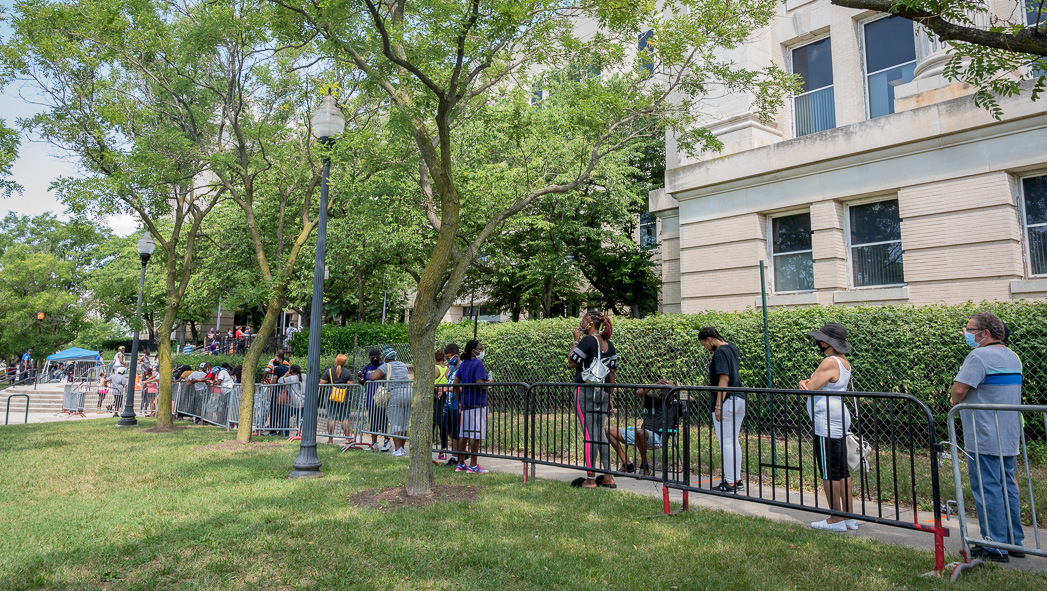 Tents placed outside offered shade only to those at the front of the line. (Jennifer Bishop)