The number of homeless people – which stands at about 3,000 per night in Baltimore, according to estimates – hasn’t noticeably changed in recent years, and affordable housing remains scarce.

Despite tens of millions spent on homeless services, there hasn’t been enough accountability at the Mayor’s Office of Homeless Services, says Councilman Ryan Dorsey.

“The city has had an inconsistent approach to addressing housing and homelessness for a long time,” Dorsey said at last night’s Council meeting as he introduced a bill that would change how the government handles those issues.

Bill 20-0592 would create a new agency, the Office to End Homelessness, directed by a Council-confirmed appointee, and expand affordable housing to about 100 low-income families transitioning out of homelessness a year. It would go into effect 90 days after receiving the mayor’s signature.

Drawing more than $1 million from the Affordable Housing Trust Fund, the bill would also establish a voucher program for people to help people afford independent housing when they no longer need the wrap-around services provided in permanent supportive housing.

“We expect that money to continue to grow over time,” Dorsey said. “It would be depraved to take that money away.”

Carolyn Johnson, an attorney for  the Homeless Persons Representation Project, put it simply: “Permanent affordable housing is the main solution to homelessness.” 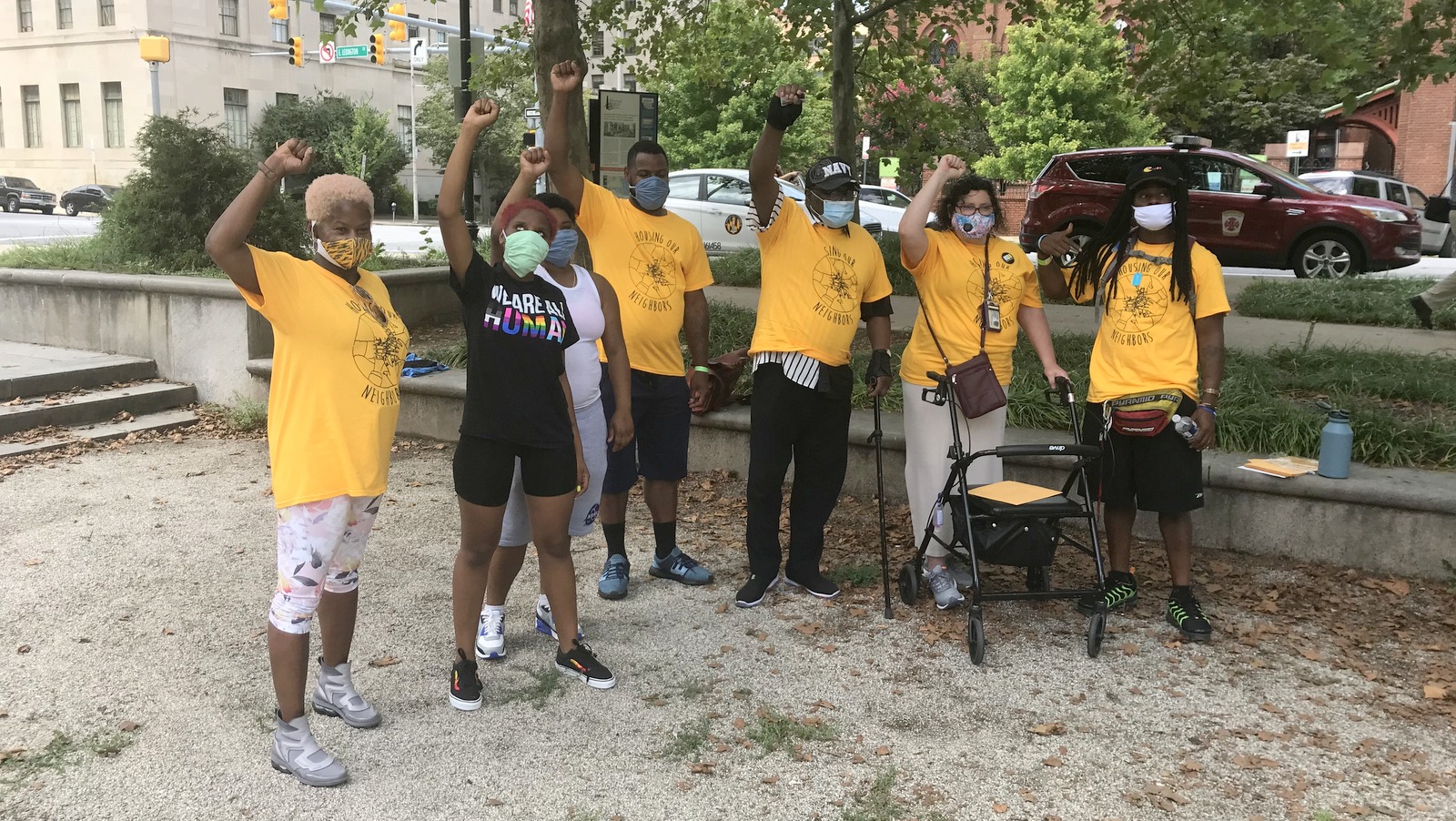 Since the pandemic began, shelter residents and advocates for homeless persons have decried the response by Mayor Beranrd C. “Jack” Young and Tisha Edwards, interim director of the Mayor’s Office of Homeless Services.

Edwards replaced Jerrianne Anthony, who was placed on extended personal leave amid a larger MOHS shakeup in May.

Yesterday, 10 current and former homeless city residents gathered in front of City Hall, dressed in yellow Housing Our Neighbors shirts, to hand-deliver a list of demands to Edwards, who, they say, has not responded to their calls and emails.

• that all city shelter residents and those temporarily in hotels be moved to permanent housing.

• that the immediate health and safety conditions in the city’s Greenspring shelter be fixed, including lack of hot water, substandard food and lack of transparency in decisionmaking.

• that $175 million from Maryland’s $1.3 billion federal Coronavirus Relief Fund be directed to a rental assistance and eviction prevention.

When a delegation of three shelter residents tried to enter City Hall, they were turned away in the front foyer by security guards. The guards said nobody was present in the Office of Homeless Services.

“I don’t believe they couldn’t at least get Edwards or someone on the phone for us,” said one of the rebuffed residents. “If they’re working from home, they should be more responsive to our attempts to speak with them.” 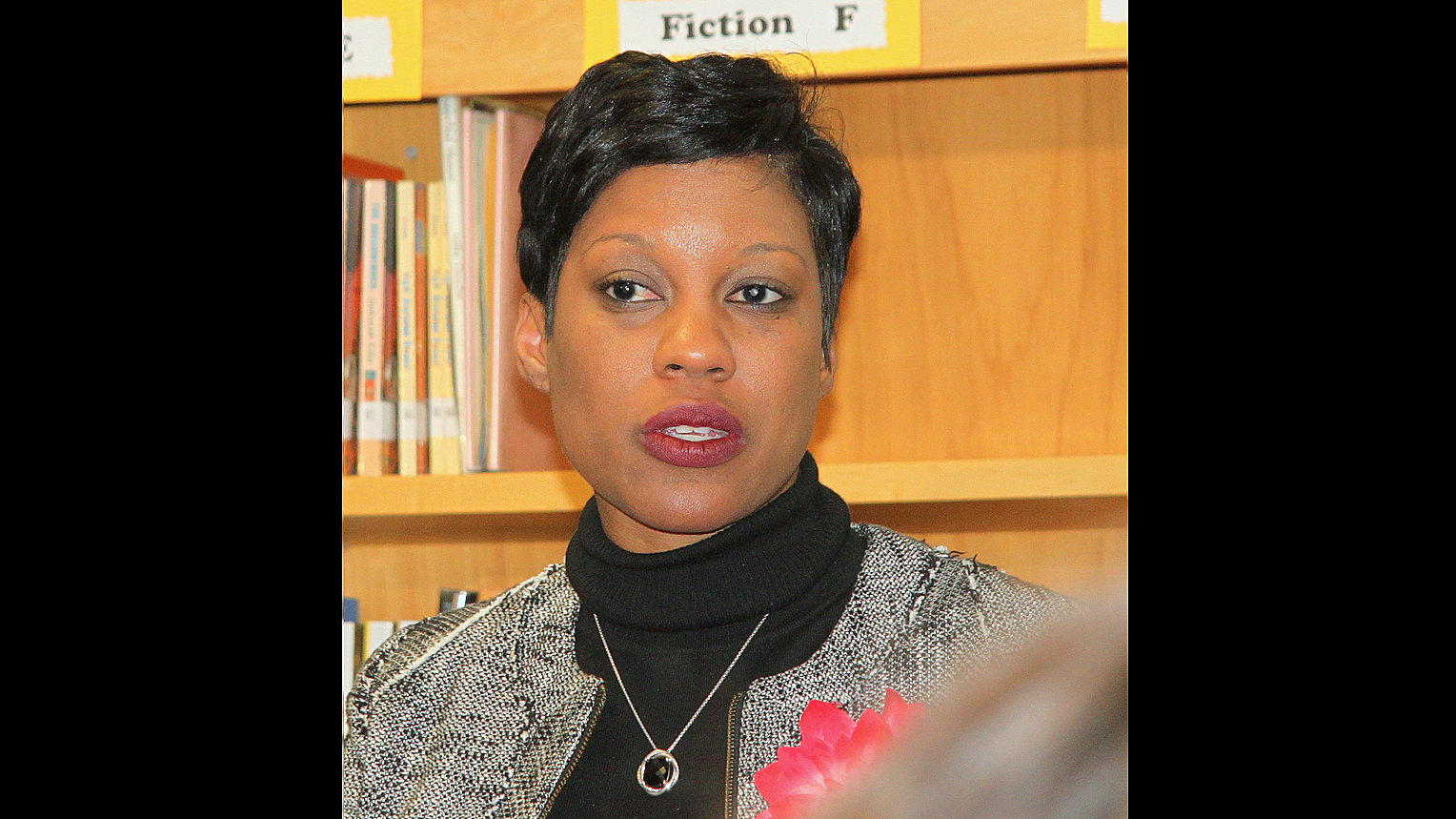 Edwards did not respond to a request for comment. Instead, she copied the Brew’s request to two City Council members, the president of the Midtown Community Benefits District and state Delegate Regina T. Boyce (43rd).

She requested that the reporter “contact the following individuals to get their perspective about the work I am doing and the efforts of the entire MOHS organization.”

“I’ve seen this office make an incredible amount of progress. I’ve gotten emails from Tisha at three in the morning”  – Councilman Eric Costello.

Councilman Eric Costello responded by telling The Brew that accusations that MOHS and Edwards were disrespectful and unresponsive to the homeless are “the furthest thing from the truth.”

“I’ve seen this office make an incredible amount of progress,” Costello said. “I’ve gotten emails from Tisha at three in the morning.”

Costello said he hasn’t read Dorsey’s bill and didn’t want to comment on whether it is best to keep homeless services under the mayor’s office.

Councilwoman Mary Pat Clarke, whom Edwards also asked us to contact, responded with the following statement:

“Many of us in City Council support Councilman Ryan Dorsey’s legislation and believe that homelessness in Baltimore is a crucial enough mission to warrant the equity and consistency of agency status, including the direct control of funding to help that agency itself subsidize and provide safe housing for our homeless constituents.

“Right now, when the world seems in flux, Director Tisha Edwards is doing double-duty in taking on such a crucial issue while still leading the city’s pursuit to achieve ‘children and family success.’ My own recent inquiries and requests involving homeless issues have been addressed humanely and effectively, with follow-up.”

• To reach a reporter: editors@baltimorebrew.com