Protective metal barriers have been pulled down over the entries and windows of the Save A Lot grocery store in Oliver, and no shopping carts remain in the parking lot.

In the same shopping center, the Chinese takeout spot, as well as the Hip Hop Fish & Chicken, appear to be doing just fine.

Save A Lot, at 929 North Caroline Street, closed this week following a 50%-off sale, leaving no more fresh food options in this East Baltimore community located just west of the Johns Hopkins Medical complex.

Residents of nearby senior apartment buildings will no longer be able to walk or ride their electric wheelchairs to buy meat, vegetables and fruit, even if the store’s standards were considered by many  to be marginal.

“The market wasn’t the best quality, but it did serve a purpose for low-income families and seniors in the neighborhood,” said Gary Crum, an activist who ran twice unsuccessfully for the City Council.

Crum said residents will have to rely more often on corner stores, which many say engage in price gouging.

The nearest options for fresh food are the Save A Lot on East Monument Street in McElderry Park, over a mile away, or the Food Depot on Belair Road, about two miles away. 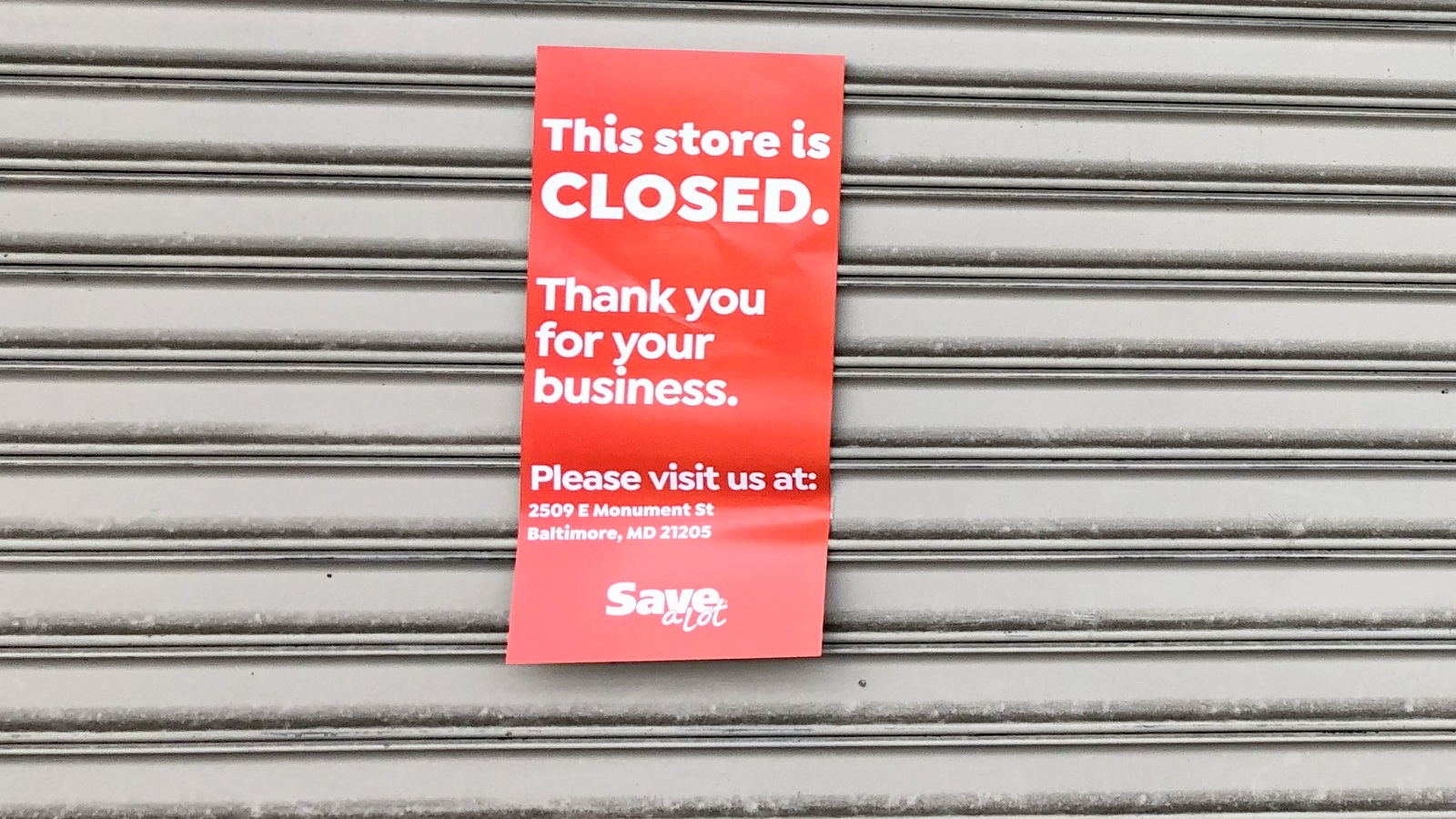 The “closed” sign went up at the Save a Lot on North Caroline Street, posing a challenge for elderly residents and those who don’t own a car. (Ian Round)

There are healthy food grocery options in East Baltimore, like the Harbor East Whole Foods, but it’s an 18-block slog away and intended for a wealthier demographic.

The now-shuttered Save a Lot is just a few blocks from Mayor Bernard C. “Jack” Young’s North Central Avenue residence.

It’s not known whether Young shopped at the store or was aware of its closure. Queried by The Brew, his spokesman has not yet responded.

“Gonna be a struggle”

Earlier this week residents reflected on the impact of the closures on the community.

“It’ll be a big burden on the elderly,” said Monzella Howard Sr., 61, who was walking nearby.

He downplayed the impact on himself, saying he would just have to take the bus.

The shuttered store was a bigger blow for Tiara Marshall, a single mother who lives around the corner and said she’s been shopping at the store for years.

Now, she said, she’ll have to find the money for rideshares to and from another store.

“It’s gonna be a struggle for a minute,” Marshall said.

It’s unclear why the store was shut drown. Save A Lot did not respond to a request for comment. Nor did the area’s councilman, Robert Stokes, or three community association leaders.

In recent years, the ailing Missouri-based discount chain has been beset by corporate takovers, layoffs and store closures as it worked with lenders to shed massive debt.

Earlier this year, a spokeswoman told the Viginian-Pilot the company plans to shift away from owning and operating its stores, and instead focus on being a distributor to about 1,000 licensed, locally owned Save A Lot locations. 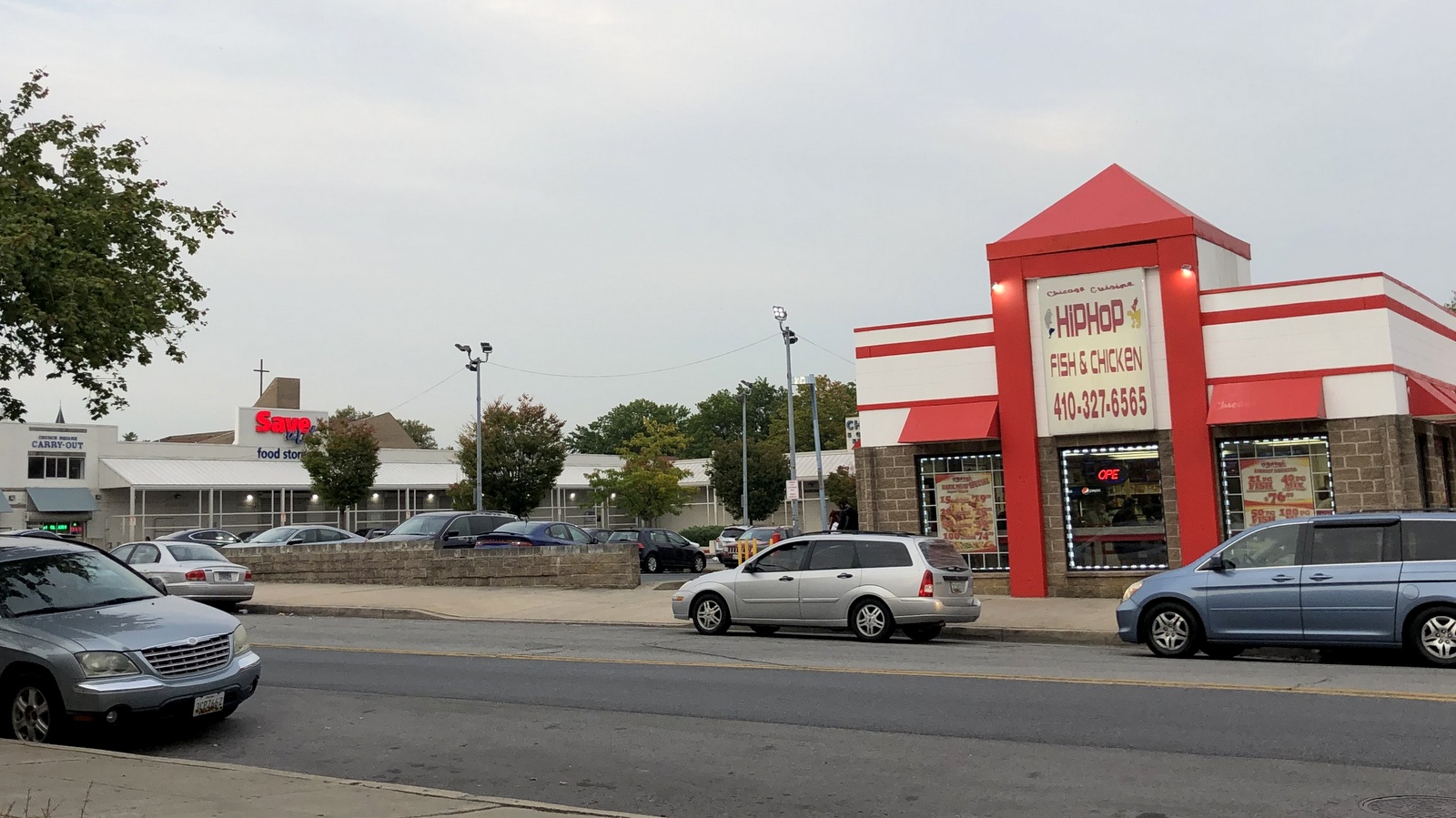 The closure of the Save a Lot leaves other less healthy food sources as the only nearby options. (Ian Round)

In Baltimore, the closure heightens the problem of food insecurity in Black East Baltimore, highlighted in a study conducted by the Department of Planning and Johns Hopkins researchers.

More than 30% of Black Baltimoreans – and about a quarter of the city‘s overall population – lived in “healthy food priority areas” in 2018.

A map of the food environment shows East and West Baltimore in disproportionate need.

Franca Muller Paz, who is running as a Green Party candidate against Stokes in the November general election, prefers the term “food apartheid” to describe the situation.

She sees the closure as the latest chapter in the long history of disinvestment in Black communities, which she said is just as important as the issue of crime.

“I think ‘food desert’ makes it seem like an accident,” Muller Paz told The Brew.

“We often neglect how these systemic decisions on development – or lack thereof – have resulted in the slow death of Baltimoreans, and it should be taken just as seriously.”

Crum and Muller Paz said they’re seeking short- and long-term solutions. For quick relief, they’d like to bring in some of the many food-aid groups to help people in immediate need.

As soon as possible, they said, another grocery store should be there. Muller Paz said she’d like to see an employee-owned store.

“I think there’s some really powerful ways that we could be addressing this issue. But we need more systemic support.”

For Crum, the bottom line is clear: “We don’t want nothing at that spot but a market.”