Mayor Bernard C. “Jack” Young got his way today, ramrodding through the Board of Estimates nine new positions for the City Council president, but not before heatedly attacking his expected successor.

With Brandon Scott heavily favored to be elected Baltimore’s next mayor in a matter of days, Young called Scott’s questioning of his decision to create the new jobs “unconscionable,” “irresponsible,” “disingenuous,” “dangerous” and “lip service.”

“All of this is political,” Young declared from his suite at City Hall during the virtual meeting, underscoring just how raw and wounded the unelected lame-duck mayor feels about his defeat at Scott’s hands in the June Democratic primary.

Currently the City Council president, Scott said his office did not request the new positions and, in fact, had defunded three staff positions to comply with the mayor’s order to cut budgets to cope with revenue shortfalls caused by the Covid pandemic.

During his questioning of Young’s finance director, Scott established that the new positions did not have a precise source of funding, other than “general funds,” and will require a supplementary appropriation sometime in the future. (Supplementary appropriations are supposed to cover natural disasters and immediate threats to the public welfare.)

Scott described the secretive process, carried on behind his back, as “not the way to do it” when the city is facing a financial crisis and over 60 water bureau employees have been put on permanent furlough. 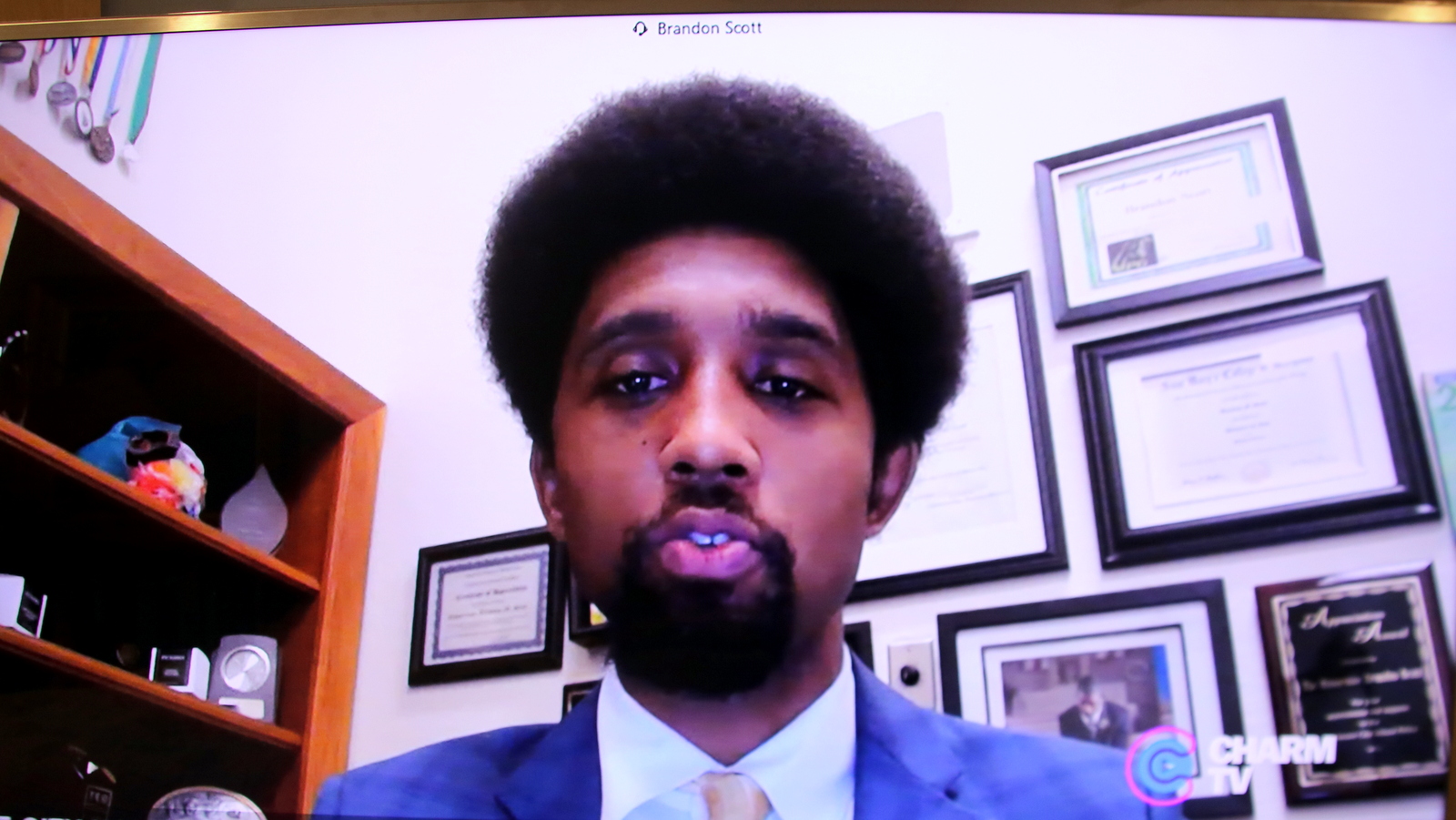 Scott is “causing a fight”

Sidestepping these arguments, Young argued that Scott was trying to “weaken” the next Council President by “not giving him the tools” to run the office.

“You know, I served as president, and I knew for a fact that we didn’t have enough staff to serve the entire city,” Young said.

“When you become mayor, you are not going to work with the president, causing a fight,” Young continued. “What I’m trying to do is avoid and make this a smooth transition for you and the Council president.” 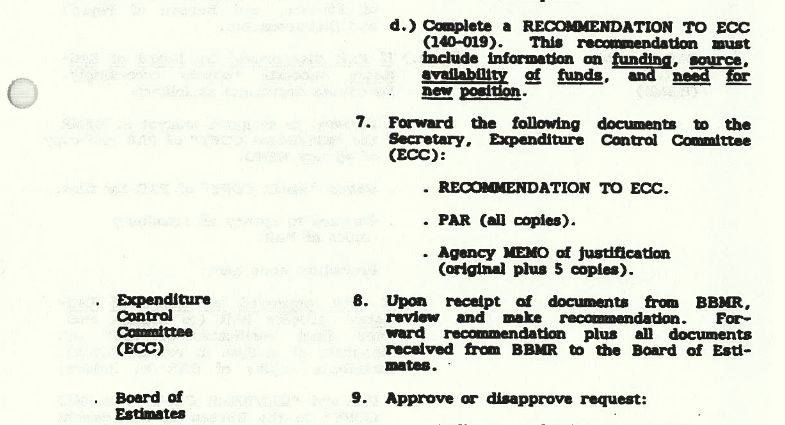 Some of the procedures, including information on “availability of funds and need for new position,” that were not followed in the rush to approve the new jobs. (Baltimore Administrative Manual, AME-230)

A motion to approve the jobs creation was made by Acting City Solicitor Dana Moore, seconded by Acting Public Works Director Matt Garbark and approved with their votes combined with the mayor’s.

Comptroller Joan Pratt, who had approved sending the jobs request to the BOE as a member of the Expenditure Control Committee, voted “no,” as did Scott.

Citing the deadly pandemic, Pratt said today that “if the city is going to create new positions now, those positions should be dedicated to providing vital services for city residents such as trash removal and public health support.”

She said the new Council president should conduct his own review of the new positions if he determined they were needed.

The Democratic Party nominee for that position, Nick Mosby, has not taken a public stand on the nine positions.

He has been unavailable to the local media for weeks since it was revealed that he owes $45,000 to the IRS, which has placed a lien on property he owns with his wife, Baltimore state’s attorney Marilyn Mosby.

Sources tell The Brew that Mosby pushed to get the nine positions through the board, together with Young’s chief of staff, Kimberly Morton.

They say Mosby has been in discussions with at least one job candidate. The jobs involve one senior operations officer, three operations specialists and five staff assistants. (Mosby is also arranging to hire at least two Young loyalists who are not expected to be retained in the mayor’s office when Scott takes over.)

In a city strapped for money, the nine new jobs are expected to cost $715,462 in salaries alone, the budget office said.