In a last-minute bid to prevent outgoing Mayor Bernard C. “Jack” Young from pushing through a 10-year contract to send trash to the BRESCO incinerator, opponents – including City Council members Mary Pat Clarke and Ed Reisinger – filed a motion motion for a temporary restraining order this morning in Baltimore Circuit Court ahead of a Board of Estimates vote.

The $106 million contract commits the city to sending waste to Wheelabrator Baltimore, the city’s biggest source of industrial air pollution, through year 2031.

“It is mind-blowing that a decision of this magnitude was made without answering any of the questions about compliance, about monitoring, about impact,” said Greg Sawtell, of the South Baltimore Community Land Trust.

Incinerator opponents have been furious with what they said was a secretive process, citing both a City Council briefing and full Board of Estimates public hearing promised by the Young administration that never happened.

“The only thing we do know is the future of health for citizens of Baltimore as a result of this 10-year-commitment is grim,” Sawtell told The Brew after Scott allowed a dozen opponents of the contract speak at the BOE’s virtual meeting.

Longtime Westport leader Keisha Allen blasted the mayor for a decision she and other community activists have been working to prevent for years.

“Shame on you, Jack Young, I expected so much more out of you,” Allen said, speaking with The Brew. “Because of the fact you didn’t win as mayor, I think you’ve had a vendetta out on everyone including South Baltimore.”

In fiery remarks following the vote, Young defended the deal, saying Baltimore citizens share responsibility for continued incinerator use because they refuse to recycle. (Acting DPW Director Garbark suspended curbside recycling last August, citing staff shortages due to the Covid pandemic, and recently delayed its restart from November 1 to December 15.) 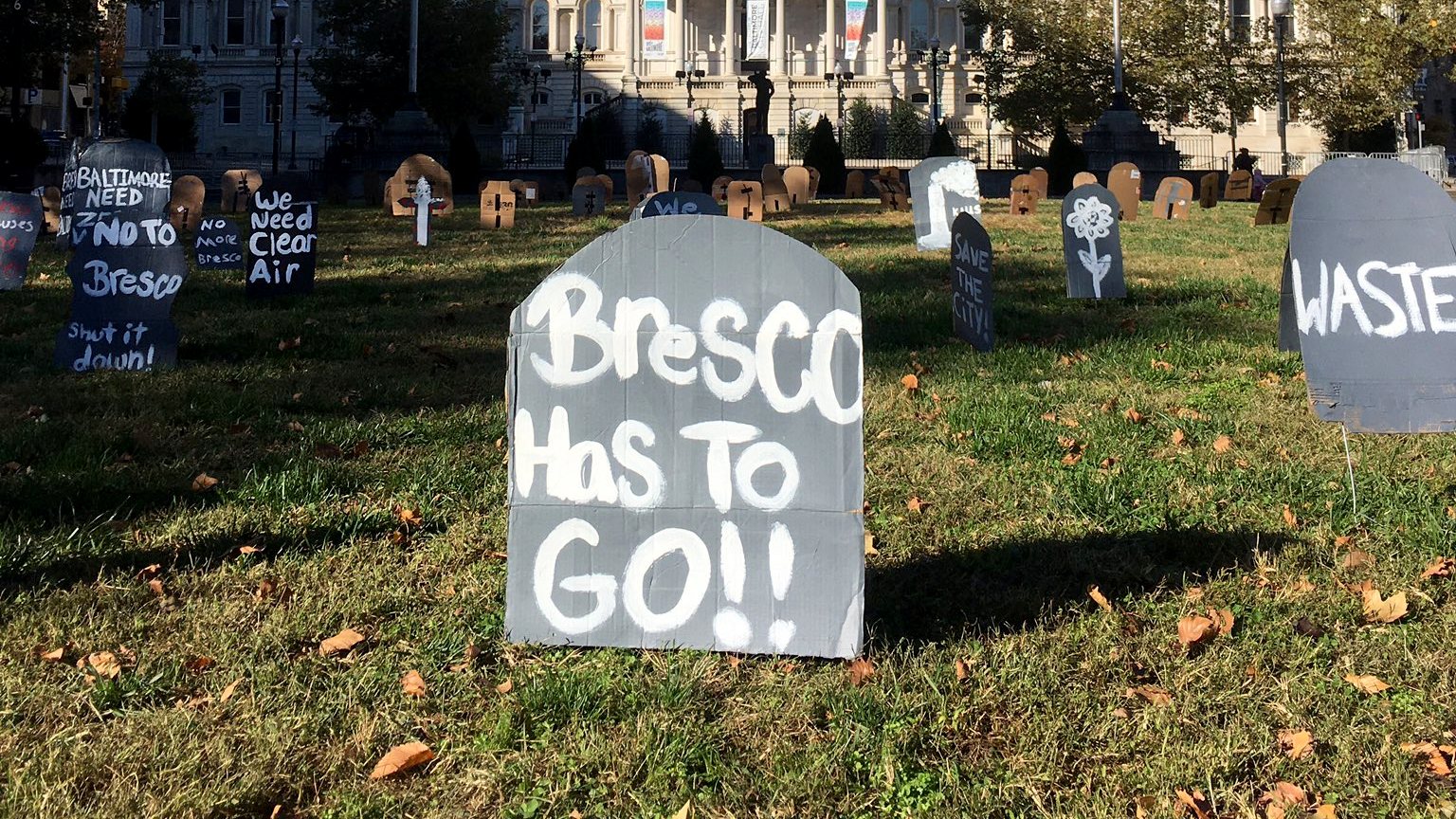 “I still run this city”

“Lame-duck status or not, I have to make sure the city continue to run and run well, and I think I’ve done that,” Young said.

He said he acted to extend the contract after U.S. District Court Judge George L. Russell ruled last March that the city had overstepped its authority to limit air pollution, raising the possibility that Wheelabrator could continue to pollute without any environmental improvements at its incinerator off Russell Street in South Baltimore.

As Young spoke, he was drowned out by chants of “zero waste, zero waste” from protesters who managed to be admitted to the virtual meeting. (Activists said they were trying to filibuster by chanting and reading the names of people on 200 mock tombstones they positioned in front of City Hall.)

“Mr. Mayor, hold on one second,” said Scott as he fiddled with some dials and muted the chants.

“I still run the city until you are sworn in on December the 8th,” Young then said, chiding Scott, who became Baltimore’s mayor-elect in yesterday’s general election.

Seeking to establish his environmental credentials, Young said, “We lived under the incinerator that Johns Hopkins used to burn. I suffer from asthma right now and bronchitis, and my father died from lung cancer. So I understand all of this, but we have to have somewhere to send our trash.”

“We’re not even recycling like we suppose to because the citizens of Baltimore refuse to recycle”  – Mayor Young.

The status of the opponent’s legal bid to block the contract, delivered to Moore and the court today, was unclear.

Together with Clarke and Reisinger, the plaintiffs include Action Center, Inc., the parent of Energy Justice Network, which has been a leader of the movement against the continued use of the incinerator.

The other plaintiff is Trilogy Financial Group, a Minnesota financial company with a division devoted to waste diversion financing.

The lawsuit argues that the Young administration violated competitive bidding requirements in the city charter by solely contracting with Wheelabrator and not soliciting other bids.

Trilogy is recognized in Baltimore’s Recycling and Solid Waste Master Plan as a company that could dispose of waste using less polluting anaerobic digestion technology. The process uses bacteria to break down organic matter without oxygen, generating the biogas methane.

“Other waste companies have also offered to transfer the city’s waste to out-of-state landfills, which Plaintiffs can prove would be less harmful to the environment and human health than continued use of incineration,” the lawsuit says.

Contracting with these companies “would likely be cheaper than using an old incinerator near the end of its life that needs $40 million in air pollution upgrades,” incinerator opponents argued. 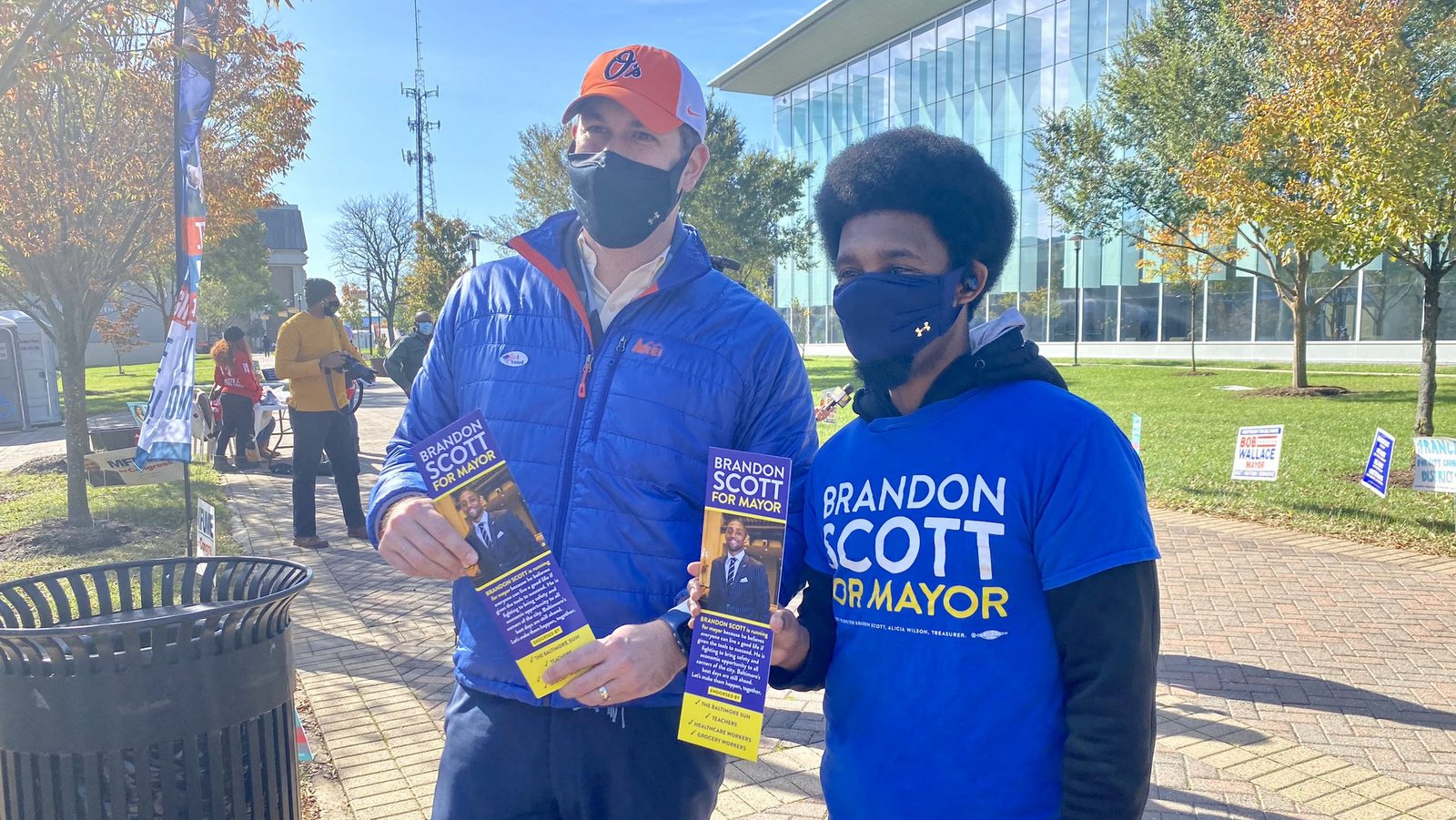 Anticipating this critique, Moore defended the “non-competitive procurement,” noting that Wheelabrator Baltimore is “the only waste-to-energy facility in the region.” (Opponents dispute this, calling “waste-to-energy” an “unscientific public relations term.”)

The acting city solicitor spoke at length about her efforts to work around Judge Russell’s ruling, while seeking to reduce pollution coming from the trash-burning incinerator.

She said the new contract is without the stipulation that it send a certain amount of garbage to the incinerator, which will allow future administrations to reduce their reliance on Wheelabrator.

The agreement also calls on the New Hampshire-based company to invest $40 million in upgrades to the 34-year-old BRESCO plant, which is approaching the end of its useful life.

Moore rejected criticism that her office had cut a “secret agreement” with the company, saying “there are no secrets here.” She said she fully briefed members of the City Council, including Clarke and Reisinger, of the administration’s plans.

Incinerator foes have dismissed the pollution control upgrades agreed to by the company, noting that they exempt nitrogen oxides (NOx), which forms the air pollution that triggers asthma.

Instead of the 45 ppm limit the council sought to impose with the Clean Air Act, the agreement instead allows a 105 ppm limit, Mike Ewall, of Energy Justice Network said.

In the wake of today’s decision, incinerator foes not only denounced the current mayor, but criticized the incoming mayor for not doing more to push back, publicly or behind the scenes, against the contract.

After saying before the primary that the Wheelabrator contract should end in 2021, Scott drew criticism when he told The Brew last month that he now believes Baltimore should extend the contract in order to have more leverage over the plant’s operations.

After voting today against the contract, a mostly symbolic move since Young controls the spending board, Scott said he was fully committed to zero waste.

“We cannot continue to rely on the incinerator,” he said. “Come December 8, I trust and I hope and I know that you will hold me accountable.”

According to Sawtell, Scott’s commitment to zero waste “is not a serious statement” backed up by action.

“If that was true, he would work with the [Young] administration to make this a three-year or five-year contract rather than it being extended for 10 years.”

Sawtell pointed out that Baltimore County, regarded as further behind the city on the path to zero waste strategies, voted on Monday to add just five years to its contract with Wheelabrator.

“What the city has given Wheelabrator with this 10-year contact is beyond the wildest dreams of even their own lobbyists,” he said. “It doubles the terms they had been asking for.”

– Louis Krauss contributed to the story.

• To reach a reporter: fern.shen@gmail.com