The city has backed down on its plan to raze a homeless encampment of roughly 30 people living under the I-83 overpass after its intentions were disclosed by The Brew.

Residents of the encampment said they were told last week that they had to leave, and in an email to a reporter, mayoral spokesman James Bentley II confirmed plans to clear people from the city-owned lot at Guilford Avenue and Centre Street. Bentley later clarified that the deadline was this Thursday, November 19.

After widespread criticism of the decision by Mayor Bernard C. “Jack” Young to displace vulnerable people during a pandemic – with no specific plan for where they were to go – the camp clearing was called off today.

“There are no plans to disrupt any of the city’s encampments at this time,” Tisha Edwards, acting director of the Mayor’s Office of Homeless Services, said in an email to The Brew this morning.

Later in the day, Councilman Ryan Dorsey said he intervened in the matter. “Last week signs were posted indicating homeless residents would be ejected from the I-83 encampment,” he tweeted. “I raised concern and the Mayor’s Office has stated it will not be happening.”

Dorsey shared an email from Matthew Stegman, deputy director of government relations, informing the Council that the city would not be destroying the camp.

“There are no plans to disrupt any of the city’s encampment at this time,” Stegman wrote, adding that the city has partnered with the Franciscan Center to provide food, water and other resources to the site.

“We do have beds available in our hotels and are encouraging those living on the streets to take advantage of those resources so they are safe during the impending winter and so we can minimize their risks of contracting COVID-19,” Stegman noted. 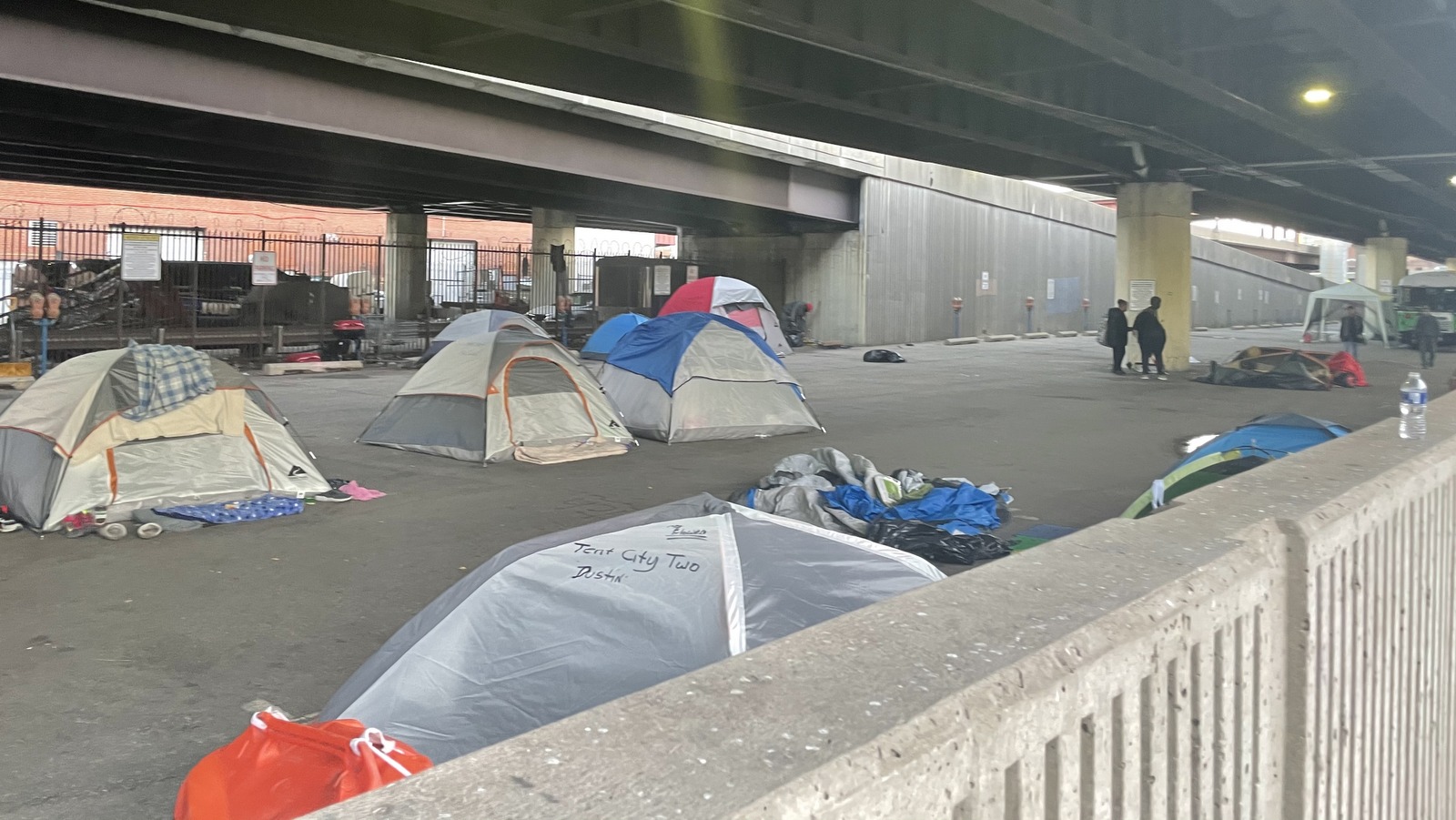 An encampment of people living on a city-owned parking lot under the Jones Falls Expressway that Mayor Jack Young had planned to raze. (Louis Krauss)

With Covid-19 cases and deaths spiking locally and nationwide this week, plus the prospect of temperatures dropping as winter approaches, the encampment clearing was denounced by many.

“Here we go again. I don’t know how many times city leaders need to learn the hard way,” tweeted Kevin Lindamood, president and CEO of Health Care for the Homeless. “The forced closure of encampments without access to housing is damaging & utterly counterproductive.”

Several said the city’s planned action was contrary to CDC guidance that advises against forcing people out of encampments during a pandemic.

The planned action is contrary to CDC guidance that advises against forcing people out of encampments during a pandemic.

Dorsey circulated photos of recently installed signs at the encampment indicating that the city would clear out homeless people by Wednesday this week.

“All items must be removed from the area at that time,” the sign reads. “Abandoned property remaining in the area will be discarded.”

“We don’t go around inciting that kind of fear in other people for something as fundamental as continuity of housing,” Dorsey said, speaking with The Brew. “Why would we treat homeless people, the most vulnerable in our population, with this level of indifference?”

Dorsey said he asked the city to remove the signs, which he said breed fear and might lead people to leave if they aren’t sure if they will be allowed to stay.

According to homeless service provider Christina Flowers, who first sounded the alarm about the encampment clearing last week, several people already have fled.

As of this afternoon, the signs had not been removed.

The Young administration has not responded to questions about why the encampment was to be cleared in the first place.

Some of the people living there said they were told the city wanted to use the lot to park municipal vehicles.

• Ian Round contributed to this story. To reach a reporter: editors@baltimorebrew.com