Now a union representing the affected hospitality industry workers is pushing the Council to hold an emergency meeting to override Young.

According to UNITE HERE Local 7 staff director Tracy Lingo, Burnett and Councilman Bill Henry are speaking tomorrow at noon at a virtual press conference and rally alongside members of the union.

“All we’re talking about is rehiring the workers you had before,” said Tracy Lingo, staff director for the union.

To override the vetoes, the Council would need 12 votes. In other words, four votes in support of Young’s decision would kill the bills.

Stefanie Mavronis, a spokeswoman for Scott, said she wasn’t sure where plans for an emergency meeting stood or if bill supporters had enough votes for the override.

Help Amid the Pandemic

One of Burnett’s bills (20-0544) would put laid-off hospitality workers first in line to get their jobs back when their employers resume hiring, if Covid was the only reason they lost their jobs.

The other (20-0543) would allow employees to keep their jobs in the event of an ownership change at their workplace. This one was similar to a law the Council passed in 2017, which targeted service workers in other industries.

Burnett faced opposition from hotels, industry groups and the mayor. The businesses said the rules would be too burdensome, and the city Law Department said 20-0544 was unconstitutional.

“That would be the reason he vetoed that one, is that the Law Department said it was illegal,” said James Bentley, Young’s press secretary. 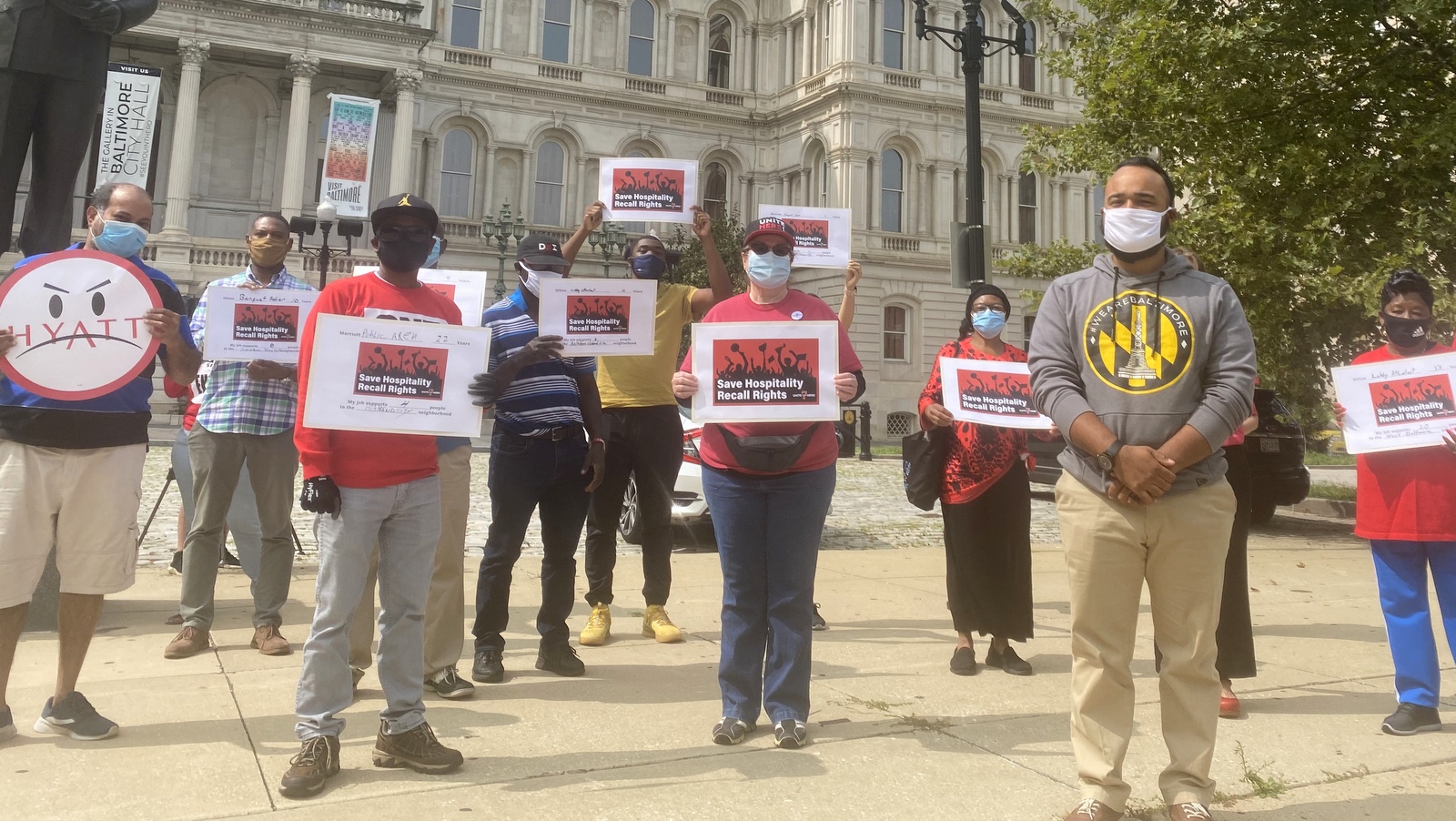 Lingo said the Law Department employed a “completely discarded legal theory that no one believes in anymore.”

The versions of the bills that passed were weaker than Burnett wanted. They included sunset clauses and exceptions for some large employers. Burnett did not respond to a request for comment.

According to Lingo, the hospitality industry is Baltimore’s third-biggest employer.

Some critics argued that employers should simply be able to hire who they want, and that other workers may need the jobs just as bad. Lingo said the job loss would be less disruptive to the worker, and more humane, if the employer did not completely sever their relationship.

She offered the example of a housekeeper in her 50s who doesn’t work as fast as she used to.

“A 25-year-old who doesn’t have the damage to her rotator cuff, and knees and hips. . . probably does move faster,” she said. “But does that mean that you’re disposable?”