More significantly, the report altered the cash balance of the “Friends of Marilyn Mosby” checking account at Harbor Bank of Maryland.

The bank account had been nearly $20,000 less than the amount that Friends had reported to the state.

The amended report increased the Harbor Bank balance by $19,623.61, so that it now reflects – down to the penny – the cash balance reported in Part 4 of the same report.

The original balance at Harbor Bank of Maryland (ABOVE) and the amended balance (BELOW), which reflected the amount reported in Part 4 of the campaign report. (State Board of Elections)

Citing The Brew’s reporting, Jim Cabezas, retired chief investigator for the Maryland State Prosecutor, yesterday renewed his call to State Prosecutor Charlton Howard III to investigate whether Mosby had submitted an accurate and complete campaign report to the state.

Cabezas said there was enough probable cause for Howard to review the listing of contributors and to determine if Mosby, as chair of the committee, “has signatory authority of the respective bank account.”

As a matter of policy, Howard would neither confirm nor deny the investigation.

Last night, Mosby responded on Twitter to the controversy, which comes as she faces increased scrutiny following articles about her tax deductions and legal fees as well as a critical report by Baltimore’s inspector general of her out-of-town travels and private businesses.

“Nope try again,” she replied to Carol Ott, who had questioned the dubious addresses of some of Mosby’s contributors.

“The minor discrepancies in the Friends of Marilyn Mosby campaign finance report were due to an ‘auto populated NGP software error’ that was overlooked and has been corrected,” Mosby said.

The tone of the response irritated Ott, the tenant advocacy director for the Fair Housing Action Center of Maryland and a longtime advocate for renters.

“Try again? I wasn’t trying anything, I was asking a question about how this could have happened,” Ott responded.

The amended report did fix some of the discrepancies reported in yesterday’s story.

For example, the 10 people originally listed as contributing to Mosby from the same address (2103 Druid Hill Avenue) now have accurate home addresses. But the report still incorrectly says they are employed by “Baltimore City State’s Attorney Office.”

In fact, the contributors range from an inspirational author and equity manager, to a sewer contractor, hospital association lobbyist and several attorneys.

The amended report further corrected the addresses of some SAO employees, including Camille Blake Fall, who serves as Mosby’s chief of administration.

However, Club Paradise is still listed as Blake Fall’s employer. According to Elections Board records, the bar’s owner, Myoung Ouk Kim, has paid more than $3,000 to Mosby’s campaign.

The amended report lists Mosby’s chief of administration as employed by Club Paradise, a neighborhood bar on Laurens Street. (State Board of Elections, Google StreetView) 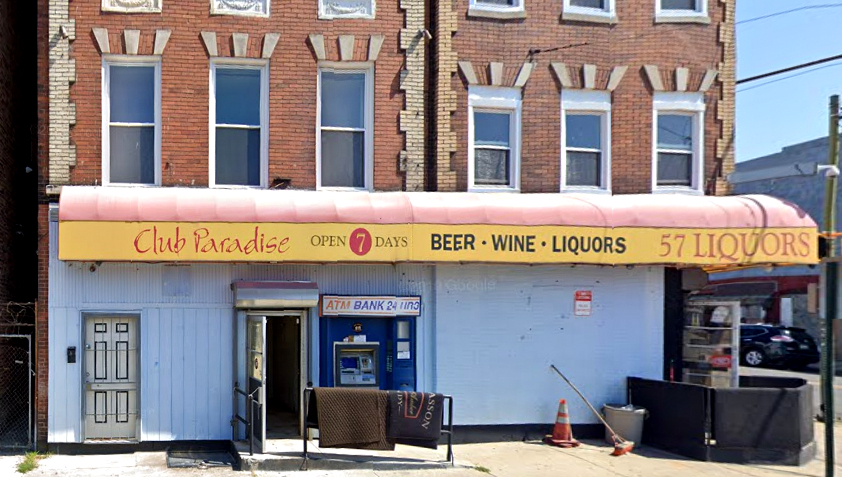