Baltimore’s inspector general today faulted the police department for allowing an officer – who was stripped of his enforcement powers after shooting an unarmed Black teenager in 1993 – to remain on the payroll for 28 years, collecting full benefits and generous overtime.

The officer was not identified in the public synopsis of the report, but The Brew has independently verified that the officer is Edward T. Gorwell II. (The Twitter account @TruthTi42873 has previously written about Gorwell’s continued BPD employment, pension and overtime.)

Now 52 years old, Gorwell was at the center of a case that riveted Baltimore after he killed 14-year-old Simmont Thomas, who was allegedly fleeing from a stolen car in West Baltimore when he was shot in the back.

Indicted within weeks of the incident, Gorwell claimed to have heard a gunshot before he opened fire, but no gun other than his own was found at the scene.

His first trial in 1993 ended in a mistrial when one of the jurors failed to show up for deliberations. A second trial scheduled in 1999 was dropped after a police laboratory technician, using a forensic test unavailable during the first trial, reportedly found traces of gunshot residue in the teenager’s left hand.

In January 2002, Gorwell reached an agreement with the BPD that permanently revoked his police powers but kept him on the payroll. An aide to Mayor Martin O’Malley said the outcome was preferable to losing a case before an internal review board, which would allow the officer to go back on the street.

Since then, Gorwell has worked as a call taker in the police communications division, in the telephone reporting unit, in 311 non-emergency services and in the management information section.

The complaint alleged that Gorwell received preferential treatment by being allowed to work for the Building Security Unit – to which he was not assigned – and reportedly racked up overtime acting as a guard for the Fraternal Order of Police Lodge 3, the collective bargaining agent for city police. 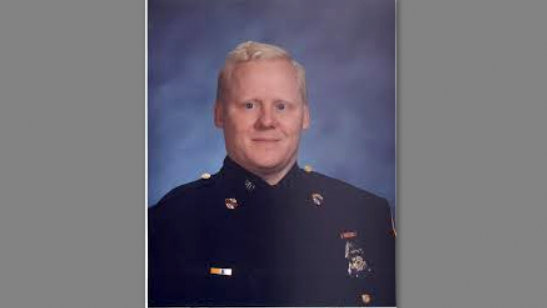 Instead, he got regular salary increases and substantial overtime through 2020, according to today’s report.

Gorwell has not yet responded an email request for comment by The Brew.

To reach this reporter: reuttermark@yahoo.com