City Hall’s embrace of pricey professional services continues with Brandon Scott’s hire of Ernst & Young to counsel him on how to organize, prioritize and execute his vision for Baltimore.

Scott has signed a six-month, $660,000 agreement with EY, as the London-based network of advisory management firms now calls itself, to “provide any information, advice, recommendations or other content of any reports, presentations and other communications and/or document deliverables for the city’s review and approval.”

The contract includes two one-year renewal options, which means EY could be advising the mayor through early 2024.

“The city has a need for professional advisory services” was the explanation that Scott gave to City Council President Nick Mosby and Comptroller Bill Henry, his fellow elected officials on the Board of Estimates.

Philadelphia-based PFM was paid over $1 million by Rawlings-Blake to develop the Ten-Year Plan, which included some major structural reforms that reined in government pension and health benefit costs.

However, the plan’s most publicized feature, a proposed 20-cent reduction in property taxes by 2020, fizzled out before Rawlings-Blake left office to form her own consulting business, SRB & Associates.

“The city has a need for professional advisory services” – Mayor Brandon Scott.

The $1.5 million innovation team bequeathed by Bloomberg Philanthropies in 2017 soon got sidelined by Mayor Pugh’s “Healthy Holly” scandal, though one member of the original team remains on staff under Scott.

To get a fuller picture of what duties EY is expected to perform – and how it will fit into the current mayoral organizational chart that includes a city administrator, a deputy city administrator, an office of performance & innovation and an office of recovery programs – we addressed the following questions to Stefanie Mavronis, deputy director of Scott’s communications office: 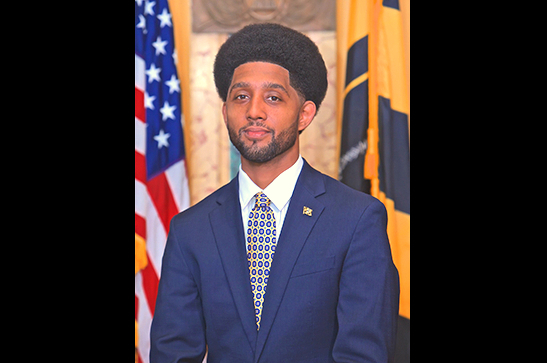 Where are the funds coming from? Are they part of the FY22 budget or are they being approved as supplemental funds?

These are FY22 funds budgeted in the General Fund.

What specific purposes are they going for?

This is a time-bound, 6-month consultant agreement with Ernst & Young, running from August 2021-February 2022.

Upon taking office, Mayor Scott established a bold vision for Baltimore and an ambitious set of priorities and goals for city government. Under this contract, Ernst & Young will help to facilitate the work of transforming and reforming many of the systems and processes that support city government’s capacity to successfully meet 21st century demands in partnership with local government leaders and the city workforce. Their tasks will include action planning with executive leadership and city agencies, tracking deliverables and implementation and providing direct project support.

Over this six-month period, the consulting team will work directly with the City Administrator’s office and Mayor’s Office of Performance and Innovation to support staff across city government to align goals, improve coordination and execute change. This transformation office will be a temporary and short-term team whose sole purpose is to help facilitate and drive the successful implementation of critical programs and projects that enable city government to improve services to Baltimore’s residents through a lens of equity.

Their work will result in a three-year road map to guide implementation of the mayor’s vision and defined goals, the work of which will be owned by city leaders at the contract’s conclusion.

What do you say to those wondering why the city needs more consultants? Or phrased differently, why can’t the information, advice, recommendations described in the contract be found in-house?

This short-term, action-focused contract will help accelerate the implementation of the mayor’s strategic vision and goals through dedicated support and analytical staff with the necessary skill sets, expertise and knowledge of best practices to carry out this work. This includes project management, strategic planning, surveying, and data analysis skills.

This consultant contract is focused on the development of a road map that will be informed by and ultimately carried out by executive leadership, city agency leaders and the city workforce, who are undoubtedly the in-house experts on Baltimore City government.