One of the developers behind the Mt. Vernon construction project that severely damaged a townhouse next door – to the point where the 160-year-old architectural gem will almost certainly have to be demolished – called the situation “obviously very unfortunate.”

Members of Baltimore’s preservation board listened politely as Jonathan Pannoni, of Landmark Partners, spoke yesterday about how the damage was “not intentional” and how “there was an external force that occurred that put this building in jeopardy.”

But Chairman Tom Liebel lost patience when Pannoni, asked if the front façade wall of 4 East Eager Street could be saved, dismissed the idea as “difficult and economically impossible.”

“We are typically somewhat sensitive to economics,” Liebel chided. “But given there was clearly some measure of failure here – and there will likely be an insurance claim – economics is not a particularly compelling argument.”

“Somebody is culpable here,” he added.

It was just one of several bad moments for Pannoni as he faced the Commission for Historical and Architectural Preservation after its executive director, Eric Holcomb, recommended demolition of the cracked and slumping historic building.

“The building is structurally unsound,” Holcomb said, basing his recommendation on reports by three engineering companies. 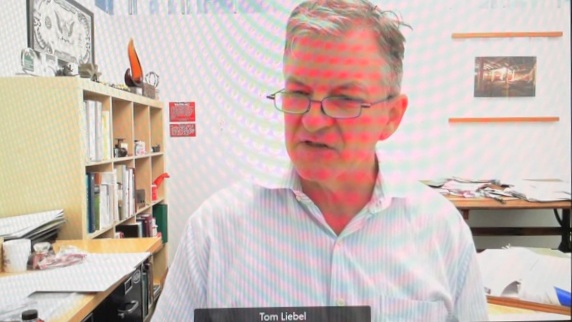 Addressing the commissioners, Pannoni recounted how his company “acted as quickly as we could” when cracks appeared in the building last March, with its first priority being “resident safety.”

The next focus was on “collaboration with all the appropriate parties and stakeholders to try to get this stabilized . . . at a very high economic cost.”

He said Landmark Partners took these measures “because we love these historic buildings and did want to get involved and save this as best we could.”

“We’re all just trying to figure out how something like this happened in front of us” – Commissioner Ann Powell.

But he also told the panel to be mindful of distinctions between the parties and stakeholders.

An owner of the damaged building as well as the eight-story office building project on Charles Street that caused the damage, Pannoni said the two properties have different ownership groups.

Pressed by Commissioner Ann Powell – “I’m trying to untangle the ownership” – the developer demurred, saying, “There are different parties involved. I’m not going to name them.”

A third property is the lavishly renovated 6 East Eager Street, a co-working space that serves as Landmark Partners’ headquarters. 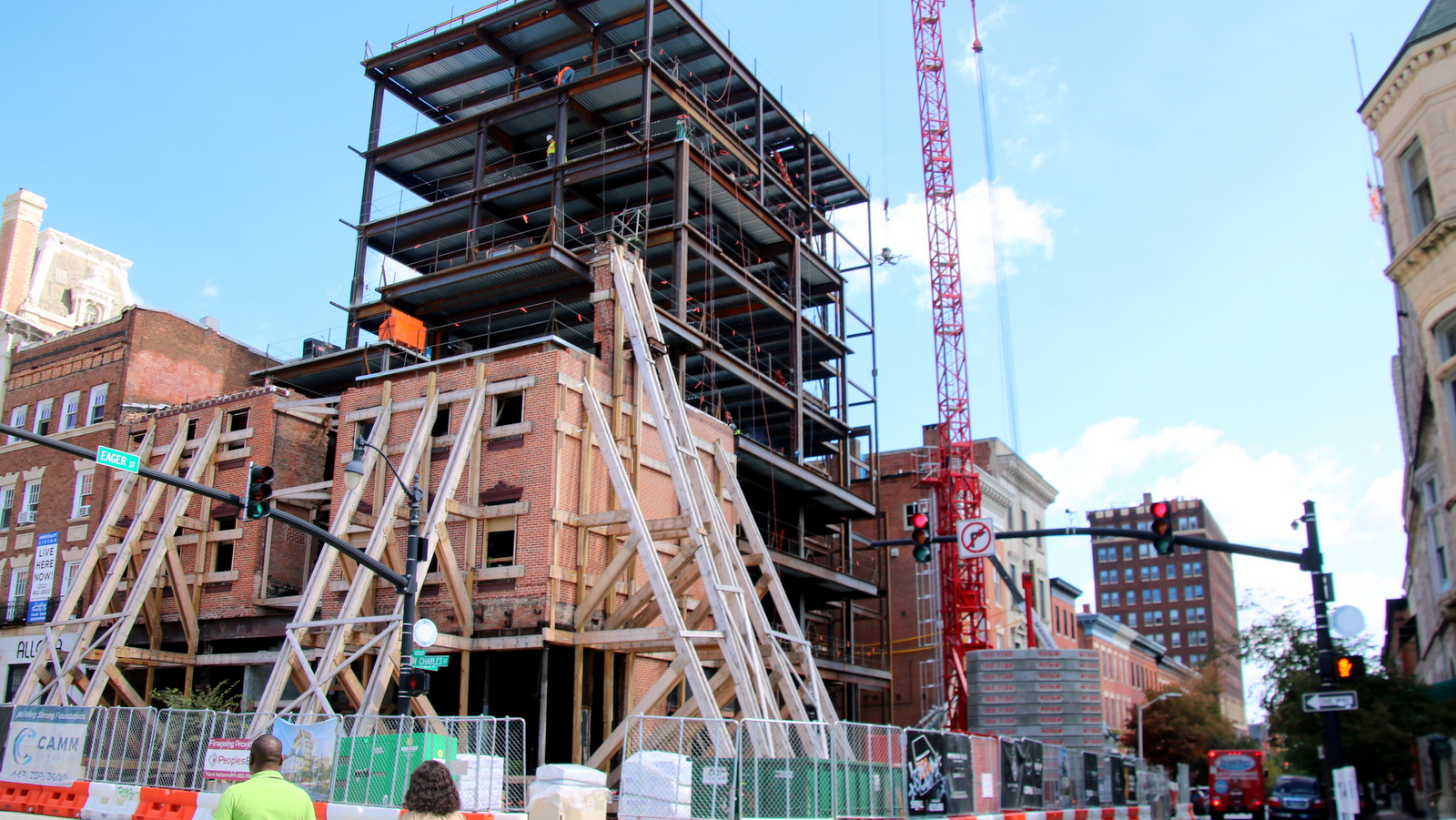 Landmark Partners’ eight-story office building rises from the former Grand Central nightclub at the corner of Charles and Eager streets. Behind the red crane is the damaged building slated for demolition. (Fern Shen)

Several commissioners criticized Landmark Partners for what they saw as a lax response after signs of trouble first arose. The company has said these were first observed last March.

Why, Liebel wanted to know, if the cracking and shifting was serious enough at that point to evacuate residents, did work still go forward on the adjacent “City House Charles” project?

“Problems were identified in March, yet excavation continued next door?” Liebel asked.

“Why wasn’t there a more aggressive approach to stabilizing the building?” Commissioner Anath Ranon wondered.

“We love these historic buildings and did want to get involved and save this as best we could”  – Developer Jon Pannoni.

Another question that emerged at the hearing was why the city was not alerted to the structural problems at 4 East Eager until this month.

CHAP’s Holcomb said he was first informed on September 2 when he was contacted by Assistant Housing Commissioner Eric Uttenreither. And Uttenreither said he first heard about it from a Landmark representative the same day.

The next day, September 3, the demolition notice went up.

Other testimony from yesterday’s hearing indicates stability problems were occurring even earlier than in March.

Former tenant Jessica Pryor said she noticed in February that a doorway in her apartment at 4 East Eager had warped and the door wouldn’t close. She said she reported the problem to her landlord right away.

Mt. Vernon residents had been discussing the damaged building on social media for months before the city finally got involved this month.

“We’re all just trying to figure out how something like this happened in front of us,” Commissioner Powell said at one point. 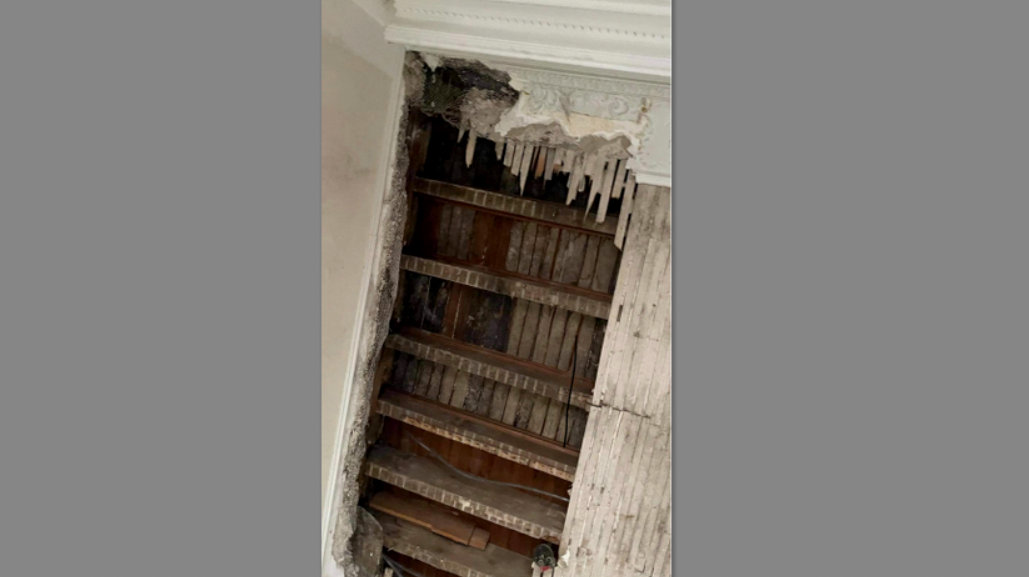 A resident’s collapsed ceiling at 4 East Eager Street was posted on Facebook.

Forensics aside, the commissioners faced an urgent issue yesterday: what to do now considering the grim conclusion of three different engineering firms.

Not only did the building’s basement concrete slab and foundation break in half, but further cracks and breaks occurred. A portion of the south wall has moved significantly, “inches in some areas,” Holcomb said.

“The first-floor joists have pulled away from their pockets,” he continued. “The first floor has dropped, creating several inches of slope.”

Holcomb said the experts concluded the current stabilization will not prevent future movement and the building has not reached equilibrium.

Uttenreither called the damaged building “one of the worst properties I’d ever been in,” likening it to being in a funhouse where “everything is tilted.”

CHAP voted unanimously in favor of demolition, specifying that the process be conducted as a “deconstruction,” meaning architectural elements should be salvaged before the structure is razed.

Also ordered by the commissioners was a 3-D scan of the building in case some features are damaged and have to be reconstructed. (The Italianate mansion boasts ornate carved stone and woodwork, a stained glass skylight and other unique features.)

As for the preservation of the facade, the developer was asked to present a feasibility report to CHAP by Friday.

Asked by Liebel if Landmark Partners would face any civil or criminal charges related to the damaged building, Uttenreither said civil penalties are likely. The commissioners ordered the housing department to make a full report of possible housing violations.

The commissioners also asked for a schedule of rebuilding to prevent the lot from standing vacant for months and years. But they acknowledged that litigation among the parties involved could cause exactly that.

“There are probably more lawyers involved in this situation than there are commissioners,” said David Applefeld, attorney for LP 4 East Eager LLC. 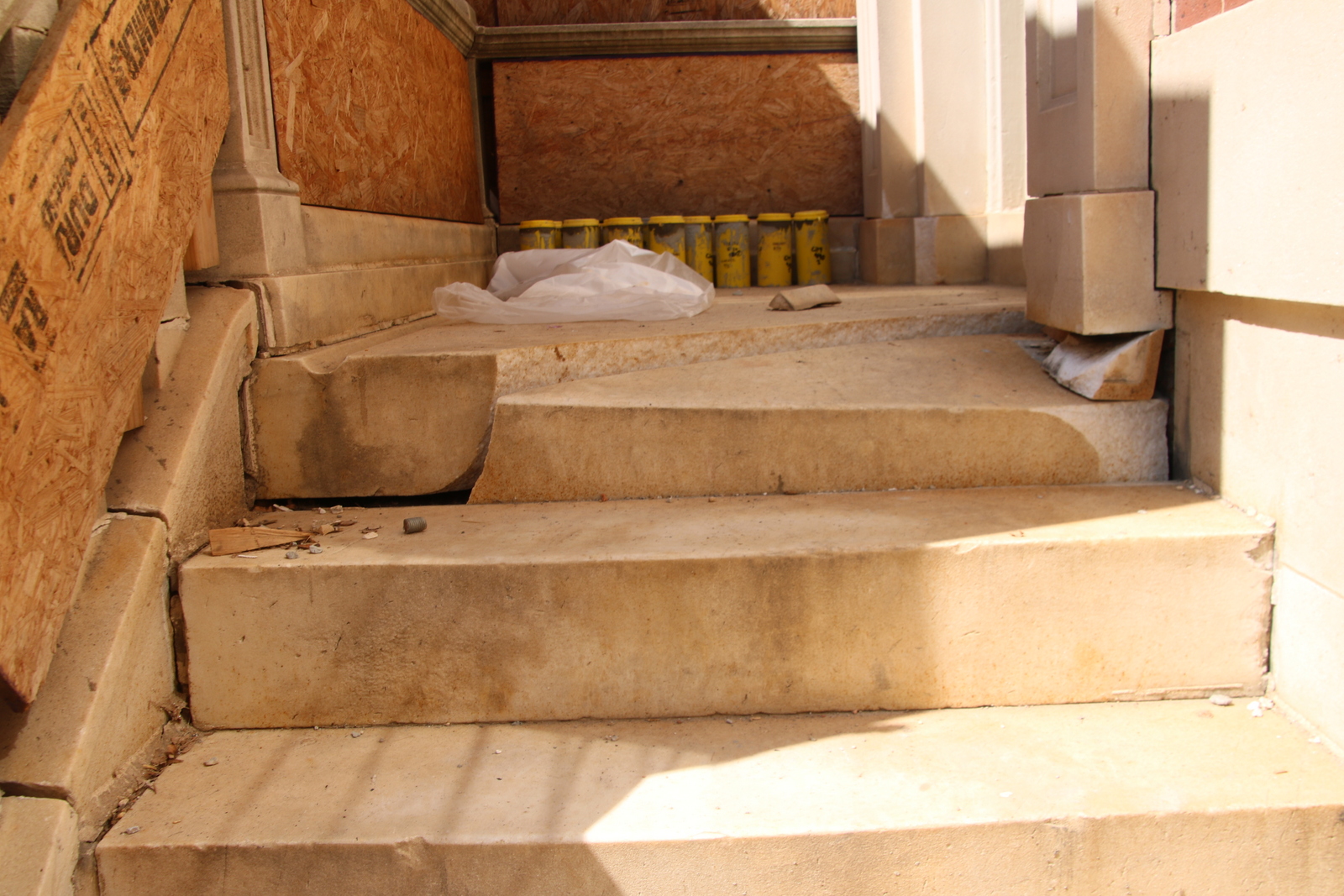 Technically, the task before the commissioners yesterday was to determine the building’s historical significance.  That was quickly established.

It was constructed in the 1860s, housed the Parkhurst School of Kindergarten in 1887, and was later the home of Thomas J. Hayward, president of the famous Bartlett-Hayward metalworking foundry.

But the commissioners, many of whom are architects, returned repeatedly to the bureaucratic and engineering issues that could explain how the preservation fiasco had occurred.

“This kind of project in an urban environment is done all the time,” Ranon pointed out. “It’s not a given that the one next door is going to collapse.”

“The sheeting and shoring installed by the contractor was inadequate to safely retain the surcharge of the foundation loads for 4 East Eager”  – Stephen M. Brown.

Testimony by Stephen M. Brown, president of Skarda & Associates, may have provided the answer.

Referring to the foundation of the building under construction next door, Brown said the steel columns were installed at an elevation lower than the building at 4 East Eager.

“And it started to move,” he concluded.

Pannoni did not respond.

TIMELINE OF A SLUMPING BUILDING: 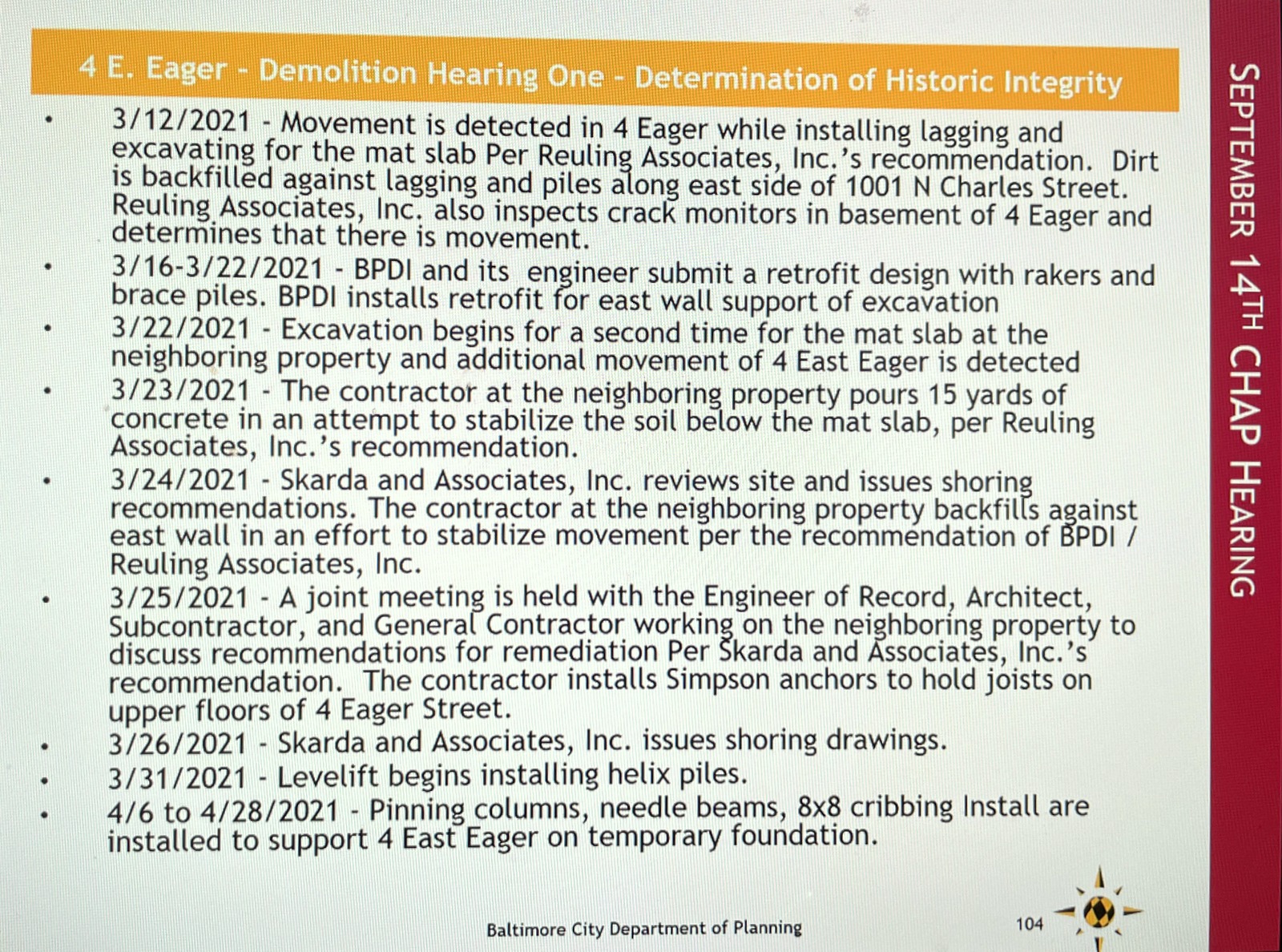