For 51 days prior to September 12, when hundreds of fish were found dead or dying in the Jones Falls, the Fleischmann’s Vinegar Co. factory near Cold Spring Lane operated with its water pollution system inactive.

Why wasn’t the system working?

Because the sulfur dioxide (SO2) tanks, which treat the wastewater, hadn’t been refilled after they ran empty on July 24, allowing high concentrations of chlorine to enter the stream, the Maryland Department of the Environment (MDE) concluded in inspection reports obtained by The Brew.

Hours after the fish kill was reported by Blue Water Baltimore, acting on a tip from a concerned citizen, the vinegar factory was still discharging wastewater with 0.44 mg/L residue chlorine – or 4½ times the legal limit of <0.1 mg/L, according to MDE.

By late afternoon on September 12, the factory had reactivated one of the SO2 tanks, and some fish were observed swimming without apparent distress near the outfalls. 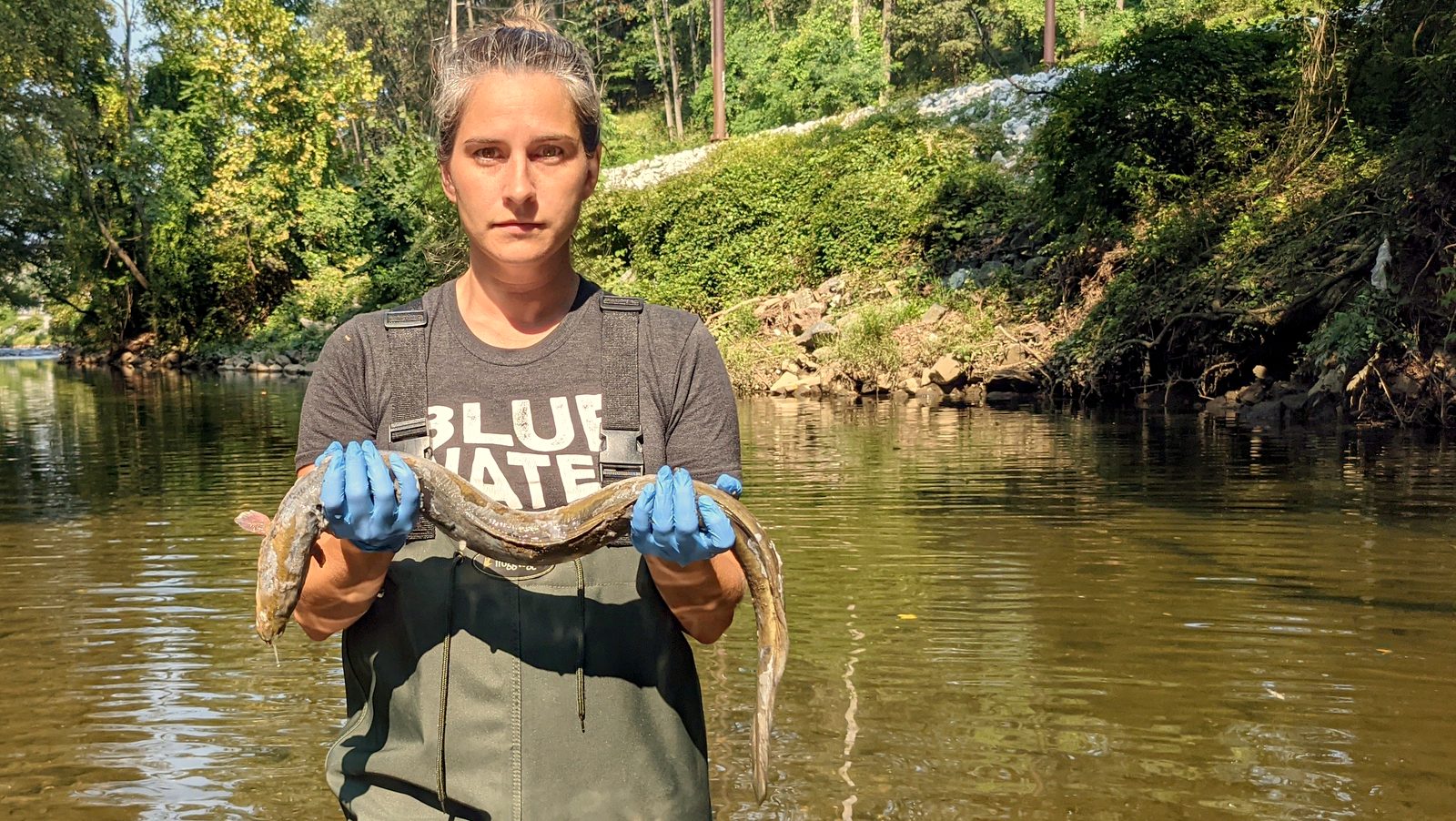 Violations and a Mystery Pipe

The unfilled tanks were one of eight violations of environmental laws found by MDE, which has ordered the factory to install additional SO2 tanks and design a system so that water treatment runs continuously.

The other violations included:

• Failure to notify MDE that it was discharging more than double its allowed flow of industrial water into the Jones Falls. Over the last four quarters, the facility has averaged a daily outflow of 643,383 gallons compared to its permitted allowance of 295,000 gallons.

• Discharge of wastewater from an unlisted outfall, which must either be approved by MDE or permanently capped.

• Use of a city-owned stormwater pipe to discharge low pH (acidic) water from the factory into the Jones Falls.

Dye readings “identified that some discharge was entering the pipe from a tie-in with the Fleischmann’s facility,” the report noted.

Plant manager Angela Campbell said she had no knowledge of any underground tie-in between the factory and the storm pipe. Maps produced by Baltimore City showed the pipe dates back to 1955, if not earlier. 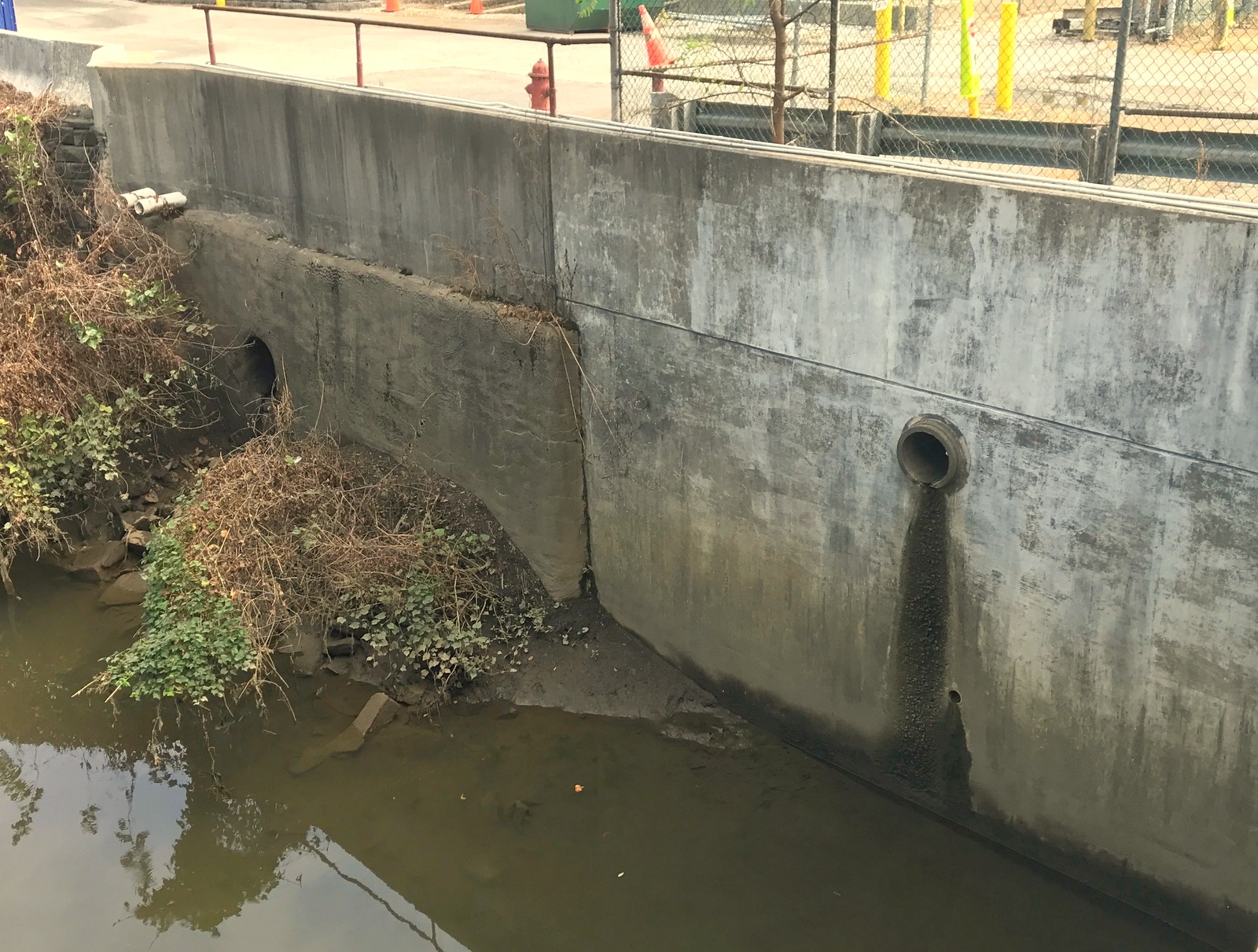 Two of the outfall pipes that have been discharging chlorinated and acidic water into the Jones Falls, according to the MDE. (Mark Reutter)

The Fleischmann’s site, located just north of the Cold Spring Lane overpass of I-83, has been used by industry since the mid-19th century.

Originally one of many cotton-duck mills that lined the banks of the Jones Falls, using the stream’s rapidly descending water to power machinery, the original stone building was expanded and later converted to food processing.

Fleischmann’s has averaged a daily outflow of 643,383 gallons of wastewater, compared to its permitted allowance of 295,000 gallons.

In 2001, the Burns Philip Food Co. sold the plant to Fleischmann’s, which bills itself as the world’s largest producer of commercial vinegar.

The Baltimore factory is one of seven factories serving North America. In 2018, Kerry Group, an Ireland-based food and flavor products conglomerate, acquired Fleischmann’s, which is headquartered in Cerritos, Calif. 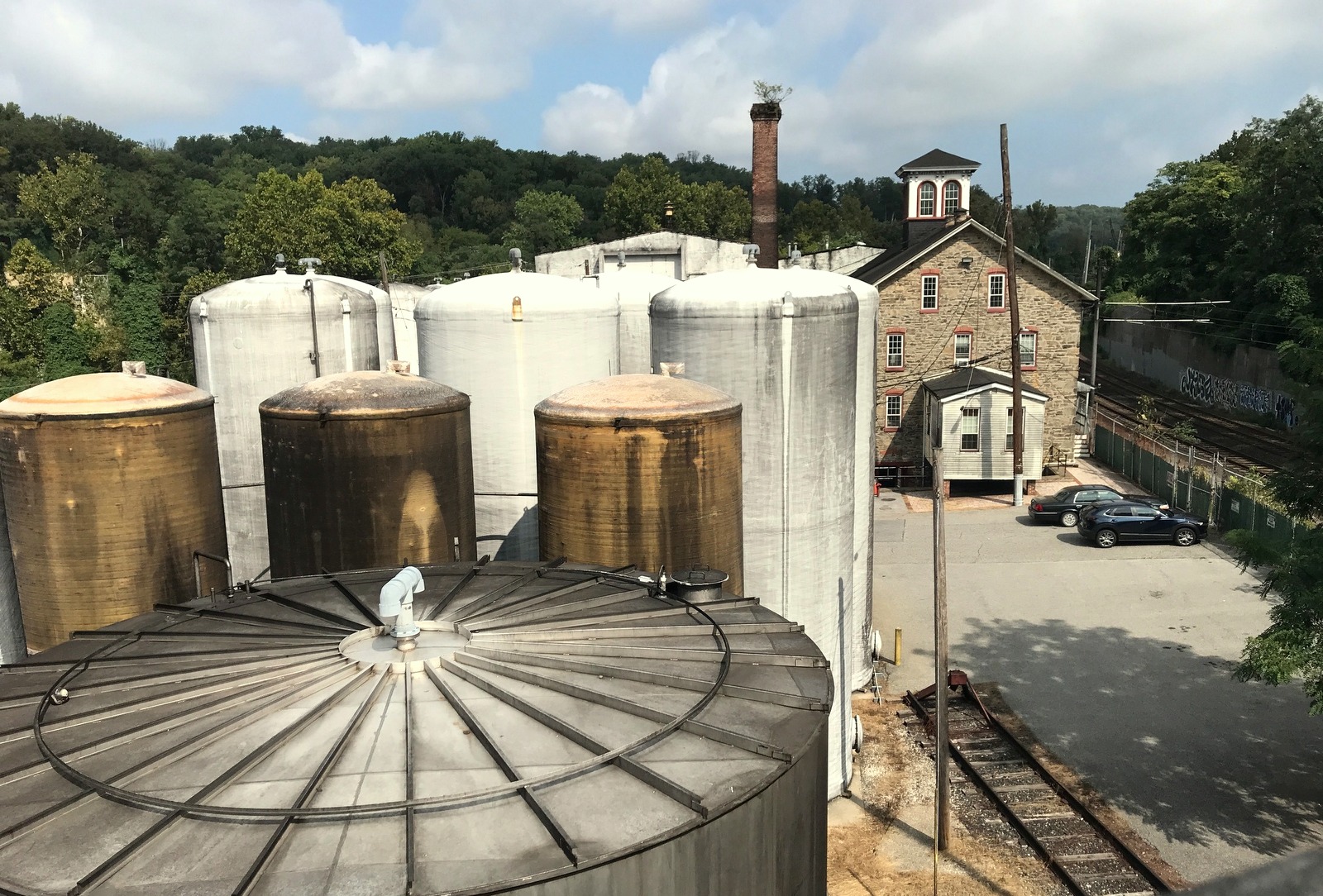 The Fleischmann’s factory seen from the Cold Spring Lane overpass of I-83. The stone building dates back to the mid-1800s when the Jones Falls was a cotton-producing hub. (Mark Reutter)

MDE has not assessed any fines against either Fleischmann’s or the Kerry Group for the fish kill.

“A decision on whether penalties will be assessed typically occurs later in the enforcement process, normally after we have determined the facility has returned to compliance,” he explained, adding:

“Continued non-compliance can increase the amount of any financial penalty that might be assessed.”

To reach this reporter: reuttermark@yahoo.com