To those who have been paying attention to police misconduct in Baltimore, the long-awaited “Do Not Call” list released by the State’s Attorney’s Office was a head scratcher.

First: Why was the list – a compendium of officer assaults, sex offenses, perjury, planting of evidence, child pornography, theft, heroin distribution and other bad behavior – so short?

Going back nearly two years, State’s Attorney Marilyn Mosby has said her office keeps a list of police officers who should not be called to testify in criminal trials – claiming at one point that there were 305 officers whose integrity had been called into question.

But after being sued over its refusal to disclose the names – and losing in the Court of Special Appeals – Mosby’s office has released the names of 91 officers who lacked the credibility, thanks to their own criminal conduct, to testify in court.

Most of those named are retired or have left the force, but 26 remain on active duty, police say.

So where are the other officers that Mosby had cited?

This drawn-out controversy raises deeper questions about the administration of the state’s attorney’s office, not only in terms of transparency, training and other ethical considerations, but also about the prosecution of cases in the city.

The court’s opinion was clear that there is insufficient basis to withhold the information, so why respond with the half measure of a partial list?

Also, why did the SAO initially claim that they were withholding the information because it would interfere with ongoing cases or investigations?

Many of the names on the list are officers whose cases concluded years ago – why would they represent to the court and public that it was part of an ongoing investigation?

The Court of Special Appeals opinion indicates that the SAO stated that the purpose of the list was to “help prosecutors avoid bringing cases built on evidence from officers who are likely to be challenged in court.”

The problem with that claim: No line prosecutors had the list.

It was not distributed to prosecutors until Friday – shortly before it was released to the news media.

Prosecutors cannot act on information they do not have. The Public Defenders Office indicated that they uncovered about 800 pending cases that involve officers on the list.

That means 800 men and women have been dealing with the stress of a pending case – and the real possibility of being kept in jail – who should never have been charged.

Even if the SAO did not believe that they could release the list publicly, there is no reason that the list could not have been distributed internally. That would have enabled prosecutors to dismiss or not charge cases that they could never prove.

This failure represents a fundamental inability of the SAO to train prosecutors and give them the tools they need to ethically handle cases.

Under Patricia Jessamy, the “Do Not Call” list was on the office’s Intranet. Prosecutors were expected to check it regularly to make sure that cases that could not be proved were not charged.

The SAO needs increased screening in the case-charging process for this and other reasons. 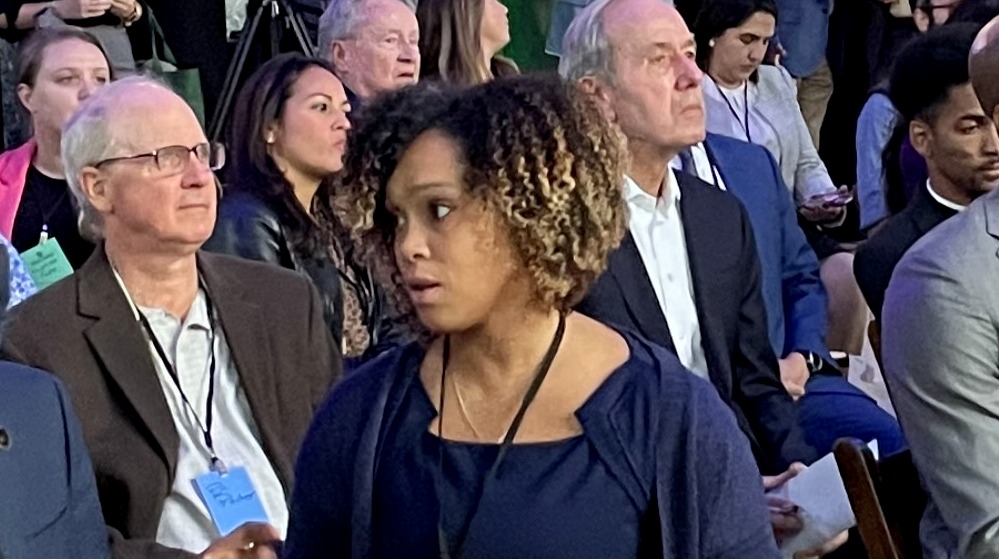 In response to criticism, Marilyn Mosby, seen here at the Downtown Partnership’s annual meeting last month, said, “The publishing of our ‘Do Not Call’ list once again demonstrates our unwavering commitment to transparency and police accountability.” (Fern Shen)

The statement from the Baltimore Police Department indicates that they have also recently learned of the names on the list. They are now removing those officers from positions where they are involved in cases and making arrests.

Despite the public assurances that the two agencies work together, situations like this demonstrate that there is a concerning lack of communication between the SAO and BPD.

Of the 800 pending cases, how many of them involve victims who will never receive justice because the SAO did not tell the BPD not to have those officers handle victim cases?

How many victims have had their cases impacted because officers were on the list and were critical to proving their case?

These agencies must work together. Their problems with communication and trust directly impact the lives of our citizens.

Lastly, there is the issue of expungement. Maryland Criminal Procedure Section 10-108 prohibits any person from opening, reviewing or disclosing an expunged record.

Some of the officers on the list received probations before judgment and have had their cases expunged. Yet the list detailed their convictions.

The court’s opinion in this lawsuit made it clear that while the SAO had to release the names, it could redact the reasons.

The SAO is supposed to follow the law. If they would violate people’s right to a fresh start under the expungement law, who else’s rights are they violating?
______________________
• Roya Hanna served as an assistant state’s attorney, prosecuting homicide, drug and other cases for 12 years, before leaving the SAO in early 2015. Currently a defense attorney, she is the first candidate to announce a run for Baltimore state’s attorney in 2022.